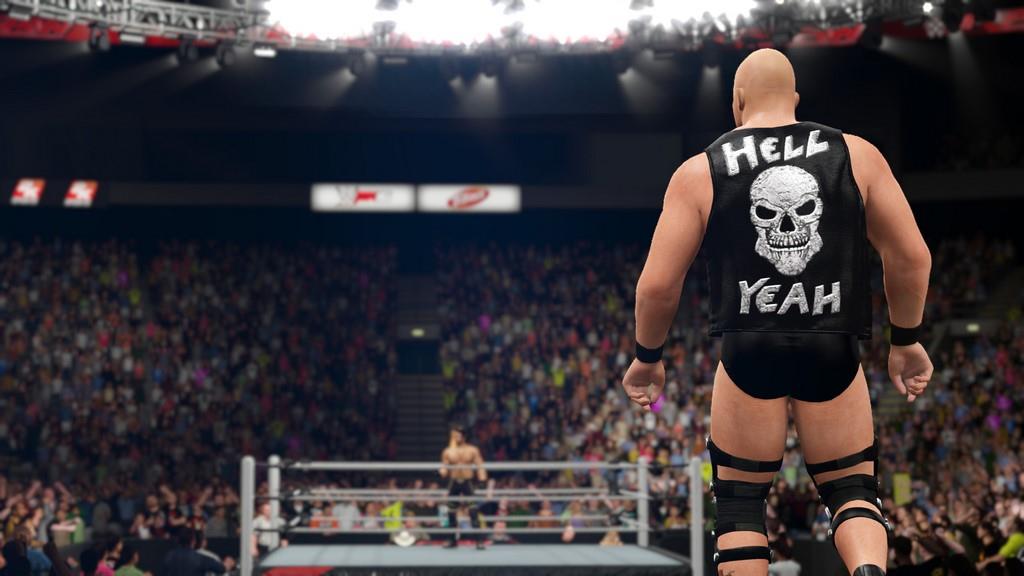 Last year marked the first year when a WWE game made its way to "next" gen consoles and to say the least, it wasn't a good first impression. I gave 2K credit for what they did accomplish and I understand it's tough when you are making a yearly franchise, but at the same time, the game was a massive disappointment with tons of missing features that have been in the game for years. Even worse is that a lot of these features were the creation features where I spend most of my time. Thankfully, a lot of these features return in WWE 2K16 and with all of the other additions, this is one of the best WWE games in years.

Last year, 2K decided to make big changes to the series by going from a fast, somewhat arcadey game, to a slower wrestling simulator. The results were mixed to say the least. This year those same mechanics return but many additions and changes have been made to make matches in WWE 2K16 incredibly fun and addicting to play. Matches in WWE 2K16 are much more fluid. The biggest additions to gameplay this year are the new resting holds and the new reversal system. In games past, matches between you and the CPU or even other players pretty much revolved around a endless stream of reversals. This year your wrestler has a stock of reversals that can be used overtime, but once they are gone, you have to wait for them to slowly refill. This changes up matches significantly as you have to be very careful of when and where to use your reversals. If you keep reversing everything and run out, the CPU is going to have a field day with you and you won't be able to do anything until they refill. While it may sound annoying, and at times it can be, what this also does is allows the match to go back and forth like a real wrestling match. My favorite new addition this year are the new working holds. Wrestling fans will know what these are. In real wrestling matches, wrestlers will often lock their opponents into a headlock or other hold and stall the match. Of course this is used so they can get a breather or communicate to each other. In game, these holds are used for almost the same reason with fantastic results. Locking your opponent into a working hold allows you to regain your stamina while draining your opponents. This can also be used to stall the match and give yourself enough time to recover some reversal stocks. Almost every match I have had in WWE 2K16 so far has, for the most part, been able to almost capture the feel of an actual WWE wrestling match.

Career mode also returns and has gotten a huge overhaul compared to last year. Last years version was a chore to play where most of your time was spent deciding if you wanted to have a tune up match or a dark match. Finish that and the general manager would usually tell you that they had nothing for you, even when you were a champion. This years edition has switched things up a bit. After you create your wrestler, you start in NXT and by winning matches, you can climb higher up the rankings and eventually, challenge the current champion. You can also get into feuds this year as well by utilizing the new "run in" feature where you can attack your opponent on the entrance ramp or in the ring before the match begins. Speaking of entrances, from the time to load into a match, there are no loading screens, and little touches like this are huge because it does an amazing job of emulating a WWE program you watch every week. Just like last years career mode, starting out in the beginning is gonna be rough. This is of course due to the fact that your created wrestler is going to have low attribute stats and no abilities. Since career mode lasts longer this year, earning attribute points is going to be a serious grind as you will earn very little per match and level up your stats gets more expensive rather quickly. This years career mode also has a bunch of improvements when deciding if you want to play as a heel or a face. Most of this decision will come down to back stage interviews you have with Renee Young. It's a cool addition but it can get very repetitive, very quickly. Most of the questions and responses you can give seem to repeat themselves a lot and numerous times within a month I had Renee Young ask me for my opinion on the Authority or if I had a chance to play the new WWE videogame. The take away from all of this though is that from what I have played so far, it actually feels like a career mode.

Probably my biggest complaint about last years game, and the main reason why I hardly played it after about a month, was all of it's missing features. WWE 2K16 redeems itself as most of these features are now back in the game. Create a wrestler has been expanded, create a diva, championship and arena is back and a lot of the missing match types have returned. There still are some minor annoyances with these however. It's great to be able to create divas again but the selection of clothing you get to choose from is pretty small. There is more than enough there to create divas, but when compared to create a wrestler, a lot of options are missing. Create an arena now allows you to edit parts on the stage including the titantron, entrance, minitrons and such, but again, like create a diva, the options you get to choose from are pretty limited. I guess I shouldn't complain that these features are back again but it seems like they won't be completely fleshed out until 2K17. One new creation option this year create a show. As the name would imply, create a show allows you to give a created arena custom name plates for entrances, backgrounds for match up screens, and you can even give it a specific location if you wish. The show can then be placed in WWE Universe as either a major show, a minor show or even a PPV. 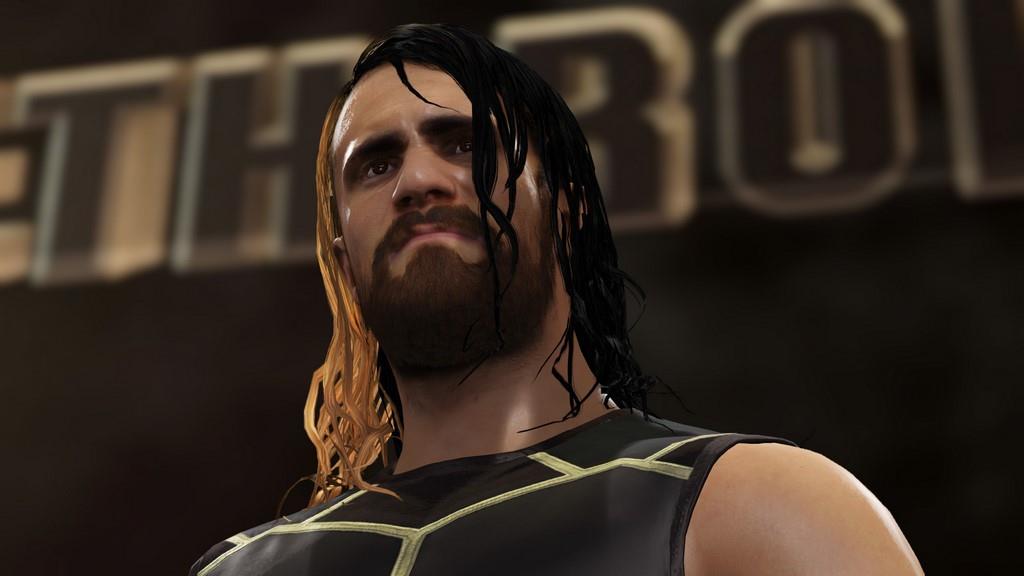 Of course the signature "Showcase Mode" makes a return this year and focuses on the career of WWE Legend, Stone Cold Steve Austin. For some matches, the objectives are so simplistic like simply grappling someone in the ring, or striking them on the outside and this usually leads to a cutscene. For some of the high profile matches, this isn't really a problem, but there are some smaller matches, like ones that take place on Raw where you are mostly watching cutscenes throughout the entire match after only completing a couple of simplistic objectives. The Showcase Mode also features commentary by Jerry Lawler and Jim Ross. Most of the commentary for matches, especially during the cutscenes is surprisingly fantastic when compared to the terrible commentary by Jerry Lawler, Cole and JBL in regular matches. The Showcase Mode once again is a great way for WWE fans, old and new to play through some of WWE's best history.

While WWE 2K16 is a huge improvement over last year, most of the nagging issues that have been plaguing these games for years still remain. Like I mentioned before, the commentary is still dull, the crowd still doesn't sound like an actual WWE crowd, delivery of lines, especially during Big Cass and Ezno's entrance sounds completely dull and void of any excitement or charisma like you see on TV and multiman matches are still a chore to get through. The biggest offender in multi-man matches has to be ladder / TLC matches. These matches need to be updated or fixed next year because this is getting to be ridiculous. The ladders still slide all over the ring like it's on an ice skating rink when you as so much as breathe on them too much. In the end however, WWE 2K16 is a great WWE game and a huge step up from 2K15 and previous games as well. A gigantic roster, loads of creation modes, a fantastic showcase and an updated career mode shall keep you buys for quite some time. The game is still a little rough around the edges when it comes to those nagging issues, but the good news is that there is plenty of good that outweighs the bad this year.

WWE 2K16 is one of the best WWE games released in years and is the WWE game you want to get if you own a PS4 or Xbox One.