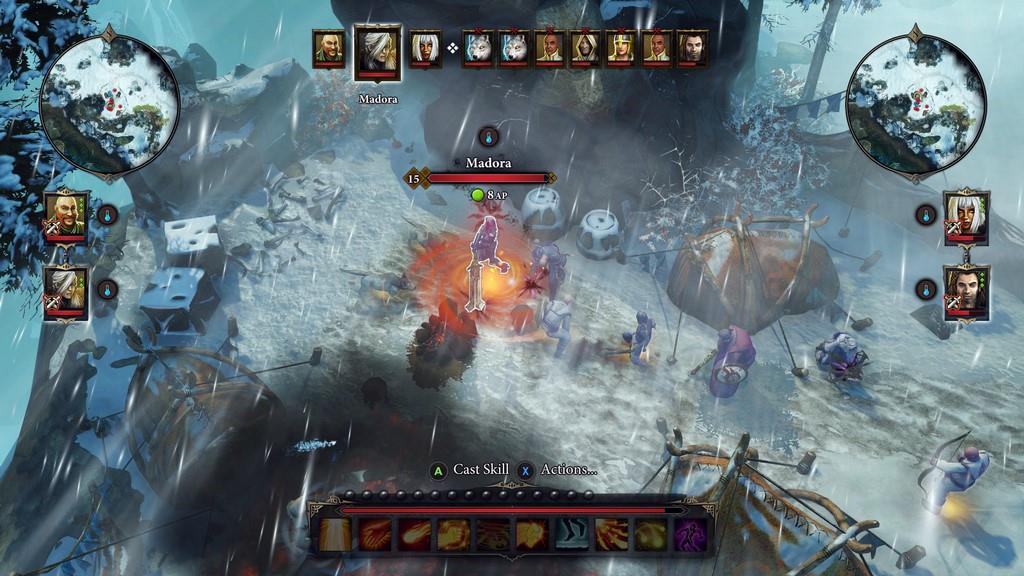 To appreciate Divinity: Original Sin, I thought about chess. Actually, I thought about losing at chess: how often losing happens, how personal losing feels, how I’m ready to set up all the pieces or flip the board right off the table after each game. It could go either way. Losing at chess, more than losing at any other game, feels like a pointed attack on my intelligence. Taking that under consideration, chess has sometimes given me the best learning-by-losing lessons I’ve ever gotten. And Divinity: Original Sin has distilled that learning-by-losing feeling in RPG form.

You know the old platitude: “I’ve learned more from failure than success.” I had to take a long, hard look at that expression while playing Original Sin. And you know what? That expression has served me well here.

Let’s back up. Divinity: Original Sin -- Enhanced Edition is the PlayStation 4 version of 2014’s kickstarted PC turn-based RPG stunner. “Enhanced Edition” doesn’t just mean graphical upgrades, though there are some. It doesn’t just mean 80,000 lines of newly voiced dialogue, though there are. “Enhanced” means you can spin around every scene in 3D now, though that’s not all. You can also do two-player couch co-op with dynamic splitscreen, or play co-op online. Also, there’s a new Tactician Mode where the developers took all the strategies used by PC players from the previous year, taught those strategies to the AI, and can now unleash them on particularly masochistic PlayStation players. Tactician Mode sounds ridiculous to me. The game is already tough as nails.

Original Sin is both comical and dramatic. Its story is sometimes whimsical, though its battles are deadly serious. It abides by its rules, but keeps an ace up its sleeve. Whether it’s conversations or combat, Original Sin keeps you guessing, and second-guessing, your decisions. And in both talking and fighting, actions have consequences. 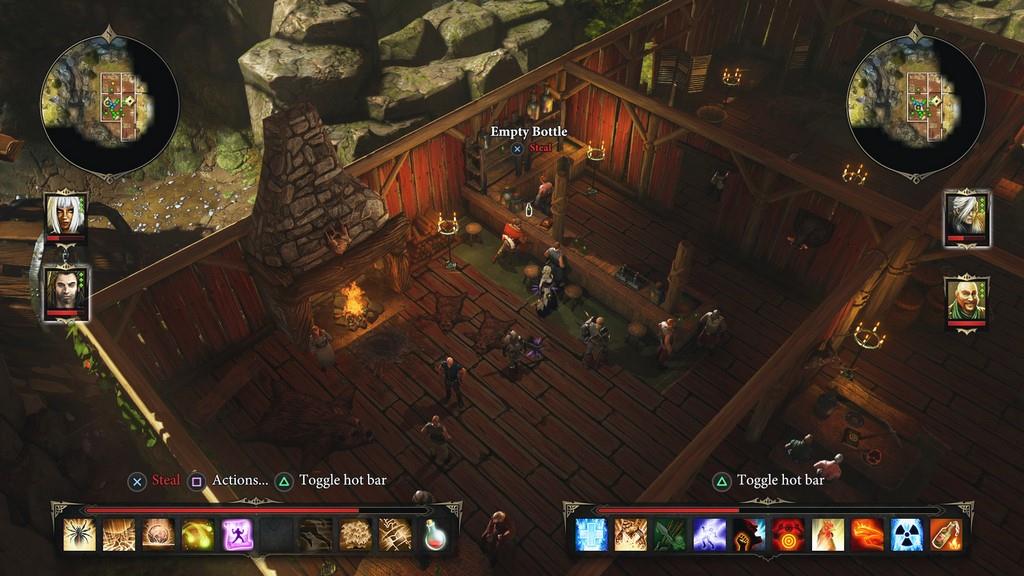 Original Sin is a full-party RPG. You don’t see those everyday. Not anymore. Controlling one hero is enough, by today’s standards. But Original Sin not only has you controlling a four-person party, two of those characters are dual protagonists. The two heroes play off each other in lively ways, both on the battlefield and in dialogue trees. They can even run with opposing ideologies, which is what I’m fully doing. One of my heroes is both romantic and heartless, while the other is considerate and righteous. I love it. Playing both sides simultaneously keeps me from pretending I’ll do a second playthrough someday, taking a contrarian stance for another 100 hours of gameplay.

When the heroes disagree -- which I make them do often -- they metaphorically engage in a game of rock-paper-scissors to settle their argument. Well, I say metaphorically, but you actually get to play out several rounds of rock-paper-scissors. It’s shallow when taken alone, but it adds a layer of tension, knowing that your heroes could spare or execute the (potential) enemy standing in front of you, depending on how this last round of rochambeau goes. 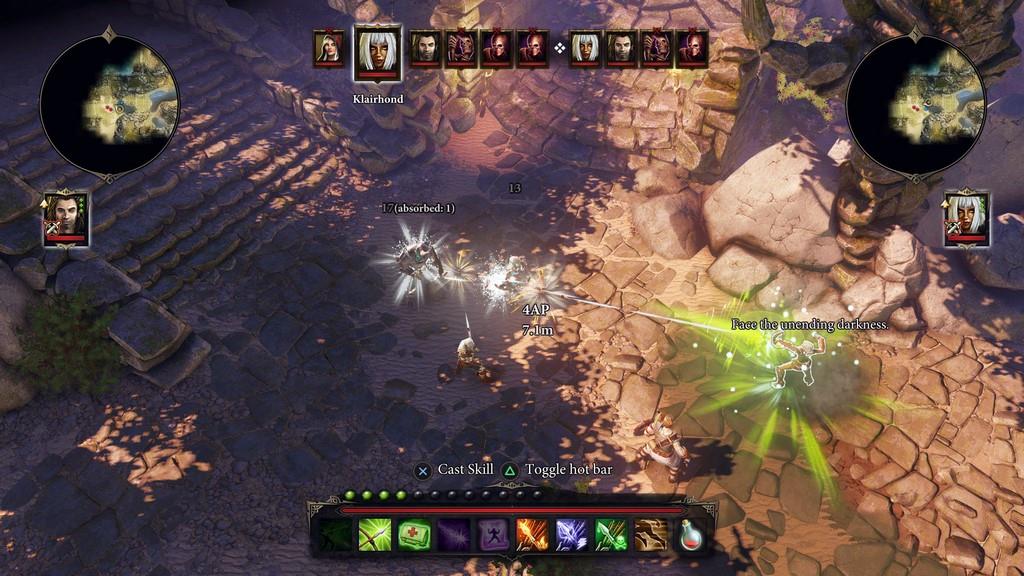 Your two heroes are Source Hunters. They hunt down people that use the Source (“Sourcerers”), which is dangerous and illegal magic. It feels a little like the oppression brought down on magic users in the Dragon Age universe. Depending on how you play it, your Source Hunters could be cool-as-ice Sourcerer assassins, or compassionate Sourcerer sympathizers. Your hunters have been chosen for their particular skillset to look into a high-profile murder that’s taken place in the lovely town of Cyseal.

While Original Sin’s story starts off innocently enough, the depth of this mystery dives right down a rabbit hole. This fantasy-noir is suddenly transported to the end of time, where you meet both the Chronicler of Time and the Weaver of Time. They put you on a track recover Star Stones, which have the ability to repair history and restore the future. Find the stones. Mend the tapestry. Stop the Void.

The premise of being investigators (or, perhaps, inquisitors) is a perfect setup for revealing every inch of a map, talking to every citizen, and squeezing every bit of information from every character. There are few setups better than an investigation to leave no stone unturned. 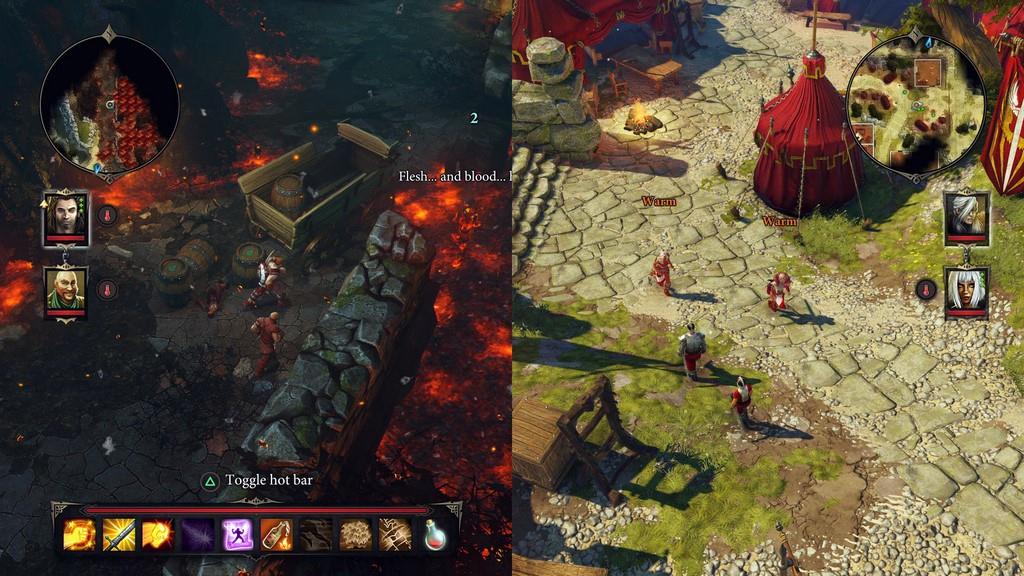 I enjoyed Original Sin most when I could get into the zen of an old school RPG. The ebb and flow of such a game takes you through all of its menus, all of its processes. At any given moment, you may find yourself steeped in lengthy conversations, or neck-deep in inventory items to repair/sell/craft/throw around the room, or combing through lists of skills and abilities to level up, or playing hot potato with the latest piece of gear to drop from that super-bolt-shooting skull-mech menace.

And I also enjoyed Original Sin most when I quit being a sore loser. Like I’ve mentioned, this is a tough game. The battlefield is a rough place. Layers of environmental effects could be piled on top of one another, making the field as dangerous any sword-swinging bad guys. I could toss an oil barrel into the middle of a fight and hit it with an exploding arrow, spraying flames over a wide circumference. Then I could cast a rain spell to put out the bed of flames from the explosion, while the hissing, put-out flames throw up a smokescreen for my rogue to move into. But I accidentally cast an electricity spell that shocks and stuns my rogue moving through a rain puddle. Which he recovered from and tried to run away, but the puddle had been transformed into a sheet of ice for him to slip on and put himself further out of commission. 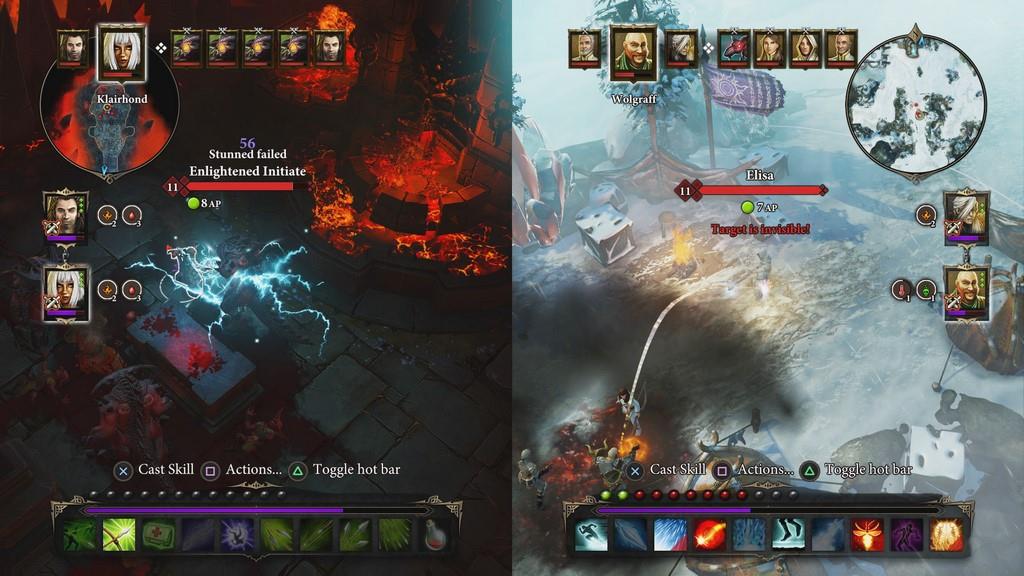 It’s crazy. There are so many environmental considerations during a fight, that learning how to manage those conditions is half the battle. The enemies are nothing nice, either. They know how to focus fire on vulnerable targets. They know how to turn the tables on you with a decent about of situational awareness and spells to counter your spells. And there’s seemingly always the evolving battlefield conditions you’d have no way of predicting before engaging in conflict. Some of them don’t even need any logical explanation because, well, you’re in a fantasy-fiction universe. The game likes to pull that ace out of its sleeve, once in awhile, and let you think about things during reload screens. You’re going to lose a lot of fights. Keeping your mental faculties sharp is important, but so is exhausting your inventory aids, so is the timely use of strategic spells, and so is having a little bit of luck on your side. It’s a role-playing game. There are still dice rolling behind the dungeon master’s screen, so to speak.

While animated in its presentation (oversized armor, oversized floorplans, splashy spell effects), Original Sin is well-constructed. It’s not without minor glitches, though. Even when it’s not glitchy, per se, there are some processes that don’t operate as intentioned. There are escort missions that have gone awry, audio cues that start repeating rapidfire, sound effects cutting out altogether, and even some situations that seem altogether inexplicable. Like when I found my healer face down in the sand, stripped of his armor, wearing nothing but his tiger-striped boxers. Or when an entire crew of fish-gutting dockworkers are ready to murder me because I accidentally “stole” a bucket when I was trying to talk to one of the dockworkers. On occasion, I’ve seen enemies sit-and-spin during their turn, doing nothing, as the invisible clock eventually ticks down and moves on to the next character. 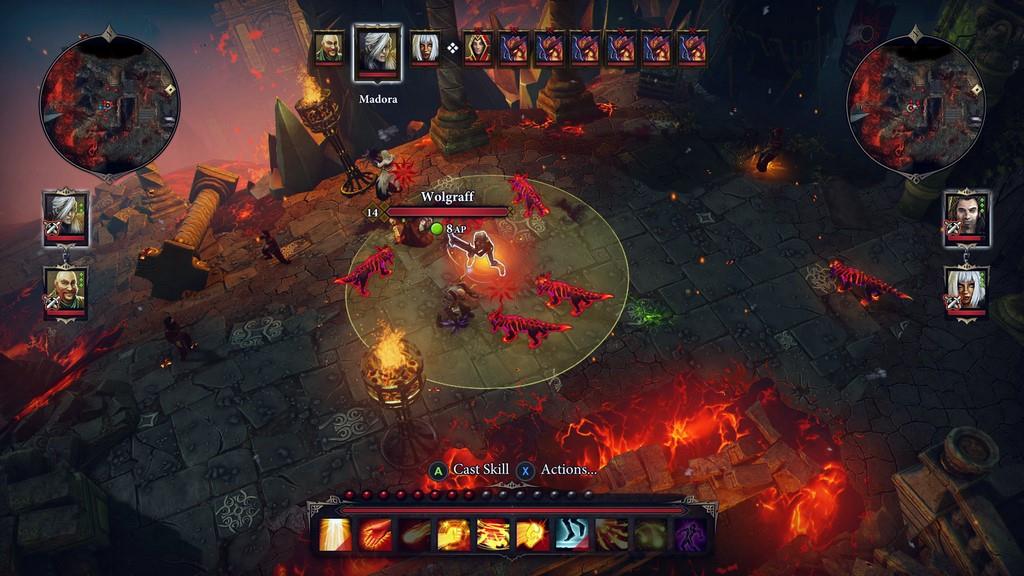 Stuff like that happens. Nothing game breaking. But you might lose a few minutes of game time. Save early, save often.

In Original Sin, strategy is the name of the game. And not only strategy, but puzzle-strategy. Knowing what your enemy can throw against you is only part of your concern. Knowing what your environment can throw against you is equally important. And, being deliberate and thoughtful about your conversational options will often come into play. More than a few battles started with harsh words that could’ve been said nicely. Suffice it to say, anything and everything you do will spiderweb its way into every facet of gameplay.

Divinity: Original Sin knows when to be whimsical, and when to take its strategic gameplay seriously. The trade-offs can be heavy. The penalties are stiff. The payoffs feel great. Old school role-playing game fans: There’s a lot here for you to take in. It’ll often fascinate and it’ll occasionally frustrate. Getting into Original Sin’s groove is a great niche to find yourself in. This Enhanced Edition on PS4 is indeed better in many, many ways.