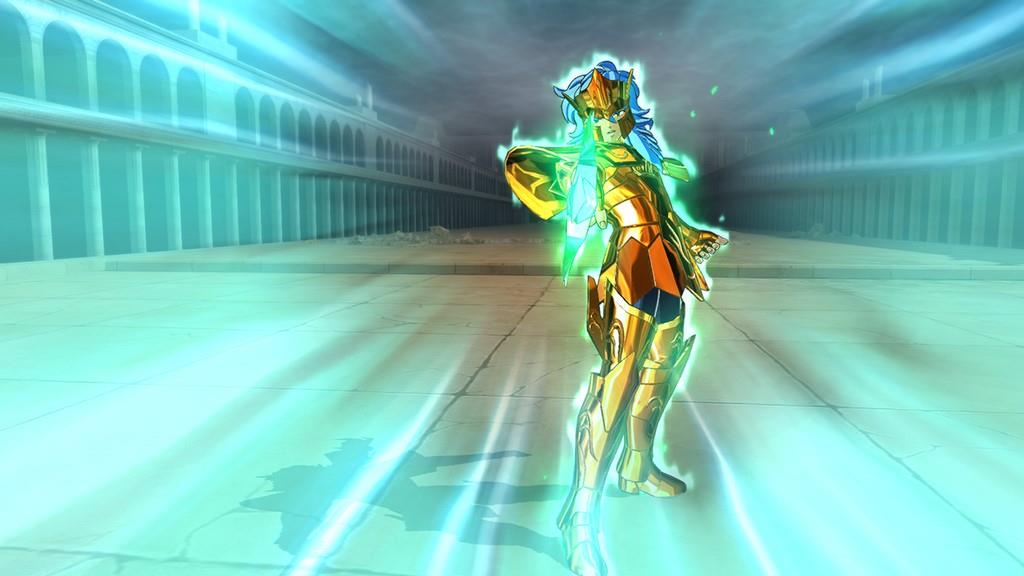 The best way I could describe this fighting game is "imagine if Dynasty Warriors was a 1 v 1 game". This is not a 2D fighting game or even a 3D one like Tekken. It is 3D, but it means that you and your opponent is free to run around the arena at will. If you are terrible at fighting games, well you are in luck because almost every character in the game has the same commands for basic attacks and special moves. Every character has a series of combos which can be performed by simply inputting variations of punches and kicks, which are all performed with a single button. You can also utilize moves like dashing and teleporting to close the gap between you and your opponent and you are going to need to do this a lot because if you get caught in a combo, you are going to be taking some serious damage. Each character also has special moves which are performed by holding the R2 button and simply pressing Square or the X button.

As with most fighting games, as you dish out or take damage, your special meter bar, called Cosmo will fill. You can also press a button to manually fill it but this leaves you completely open to attacks. When your meter is full, then you can utilize your big bang attacks, which result in flashy cutscenes where you deal a ridiculous amount of damage to your opponent. These moves however usually have to be used at the end of combos as most of them leave you wide open for an attack while it's activating and if you get hit even once, you lose all of your meter and your big bang attack. For beginners to fighting games, this could be a god send, but to season veterans, this may get repetitive quickly. It's nice that you don't have to remember hundreds of different combinations to pull off special moves, but for me, after only a few fights, I felt like I saw everything I needed to see.

The story mode has four separate campaigns which you can play through as you wish. Now, it's probably because I have never played a fighting game like this before, but man, even on the easiest difficulty, I had an extremely hard time with the story mode. Now I admit that I didn't fully check and story mode could be set to a default difficulty, but it seemed that no matter what I did, the CPU was always one step ahead of me and I found myself having to restart fights over and over again. The story plays out through in game/anime style cutscenes with a narrator and the characters and advancing through the story mode does give some choice. The first few fights are usually 1 on 1 battles with specific opponents, but at you progress, you do get to choose who your next opponent will be. Fans of the series will probably get a kick out of the story, but everyone will probably won't have any idea what is going on and will simply skip to the battles.

I will say that the developers didn't cheap out when it comes to unlockable content. First off, the roster is huge, but you are going to have to play through the story mode and the other game modes if you want all of the playable characters. Only about five or so of the 60+ are available at the start. Of course there is tons of other content such as costumes and music as well so if you like collecting everything in game, well, you will be busy for quite some time. 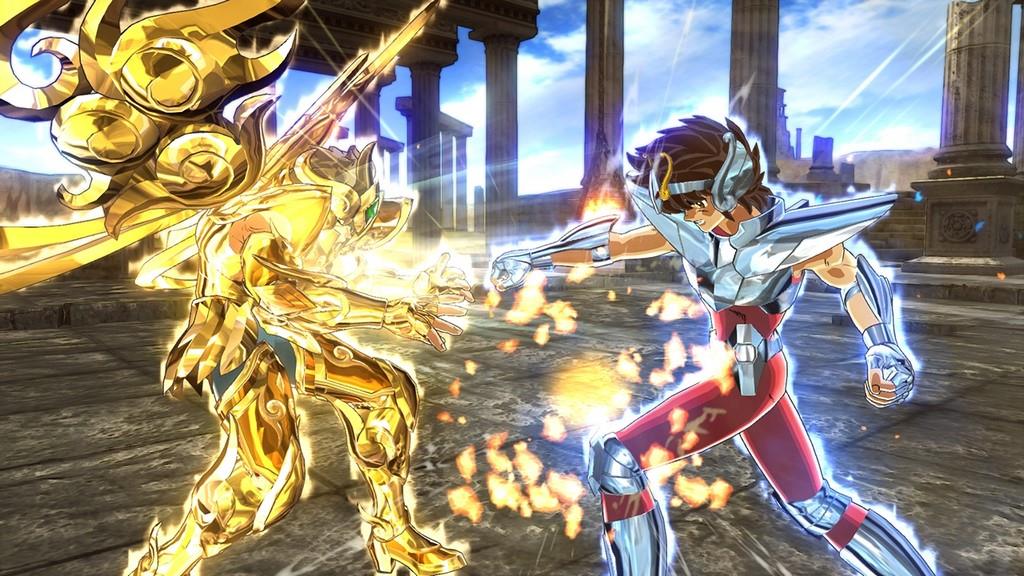 Aside from the story mode and normal exhibition matches, there are other game modes to keep you busy. In normal fights, you can find a plethora of variations you can play around with such as first to 3 knockdowns, first strike wins, no guarding, hidden HP meters, and a down penalty that completely drains your Cosmo meter every time you get knocked down. There is also a survival mode and a really cool tournament mode called "Galaxy War". What makes this tournament cool is that all fights take place in an arena and inside a wrestling/boxing ring where an announcer will call the fight through the speaker on the PS4 controller. Finally there is the "Battle of Gold" game mode which gives a bit more story but has an annoying mechanic of battles costing a "torch" to use and you can only replenish them with in game money through the store.

In the end, fans of Saint Seiya should get a kick out the game, the characters and the story, but for everyone else that isn't a fan if they are looking for a new fighting game, might be turned off by how incredibly repetitive the game can get. While the game does take some strategy, I don't think this is really something you are going to see on the main stage at EVO anytime soon.