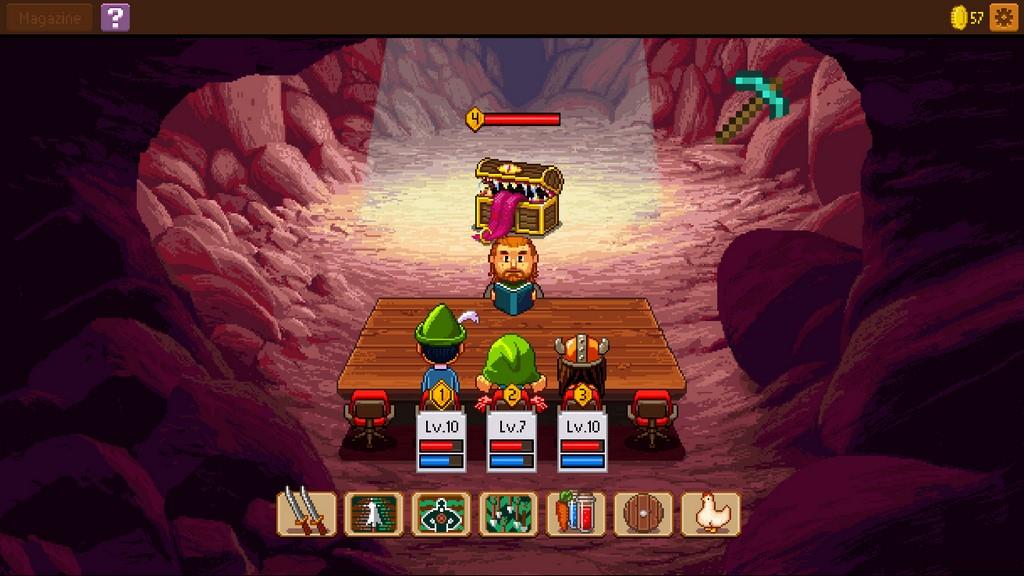 Originally released on mobile, Knights of Pen and Paper 2 from developer Kyy Games has received a high definition upgrade to PC along that includes a host of other improvements and features to make it a proper port. The game's pixel art style and turn-based role-playing gameplay offer plenty of nods to classic games, not to mention an over-abundance of references to films and television shows. The series signature humor returns as well to provide plenty of jokes and one-liners throughout the game's course. At the game's beginning players create their own party of adventurers that take on quests provided by their dungeon master. As the game's name might suggest, everything revolves around the concept of tabletop dungeons and dragons. If that isn't enough for the eager adventurer, the game provides them with an open world that's home to various locales ranging from forests to deserts.

The core structure of gameplay involves taking on quests, fighting enemies, leveling up your party members, and then continuing that trend across the game's world. Other activities such as dungeon runs, rolling dice for treasure, and crafting items provide distractions from the game's structure. However, this doesn't mean that the grind changes much as the turn-based combat stays the same throughout as members of your party don't get additional skills. Even after acquiring better equipment and weapons the gameplay stays relatively the same. The game's most exciting scenarios involve dungeon runs which require players to stock up on equipment and be prepared for unexpected traps and enemy encounters. Dungeon runs pay homage to tabletop dungeon and dragons by clearing out rooms and venturing deeper down until reaching the end boss or treasure.

While not adventuring in the game's vast world players can spend their time in villages and cities that serve as hubs for crafting new equipment, recruiting additional party members, buying and selling items, and training against an endless supply of enemies. Players can store their party members at the local tavern as the game provides more than five classes which are the maximum number of seats at the tabletop. While players only have access to a limited number of the classes at first they eventually unlock them through the game's course. Creation of team members involve selecting between human, elf, and dwarf and then picking a particular character type that range from hipster and nerd to rocker and surfer. Then players select the character's class that includes the typical role-playing norms from warrior and paladin to ninja and cleric. Each class has both active and passive skills that can be upgraded after each level up. The loot system lets players equip items including armor, weapons, and trinkets that function similar to other role-playing games. Certain items can also be crafted and upgraded that are often more powerful than gear found through loot. 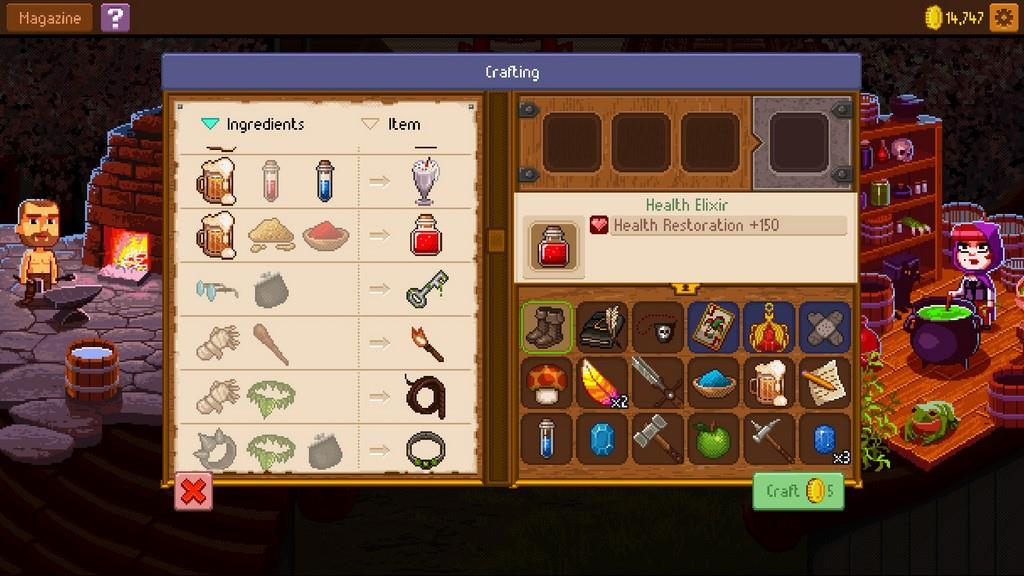 The turn-based combat is one of the game's strong points as its both accessible and entertaining to play, which both newcomers and veterans to role-playing games should enjoy. The game's variety of character classes also follow suite with its variety of enemy types. Enemies in particular range from role-playing signatures such as rats to more non-traditional types with flying monkeys and evil gnomes. While the turn-based system might not be as complex as other role-playing games it provides just enough features to keep battles entertaining. The only downside being their inherit nature of becoming repetitive after awhile as their nature doesn't change much from the game's beginning to its later stages.

All games that originally appeared on smartphones and then brought over to the PC always undergo a bit more critical eye than others based upon previous bad ports. Fortunately, Knights of Pen and Paper 2 is one example of a port done right in every manner. Everything from the game running perfectly at a 4K resolution to support for both mouse and keyboard and gamepad, this is how a smartphone port should be made. Even the game's additional content is all included which negates any type of microtransactions and such. More importantly, the game is sold at a reasonable price at $10 which considering all of the content is worth it. There's always a never-ending supply of quests and dungeons in the game's world to keep players occupied in their adventures. 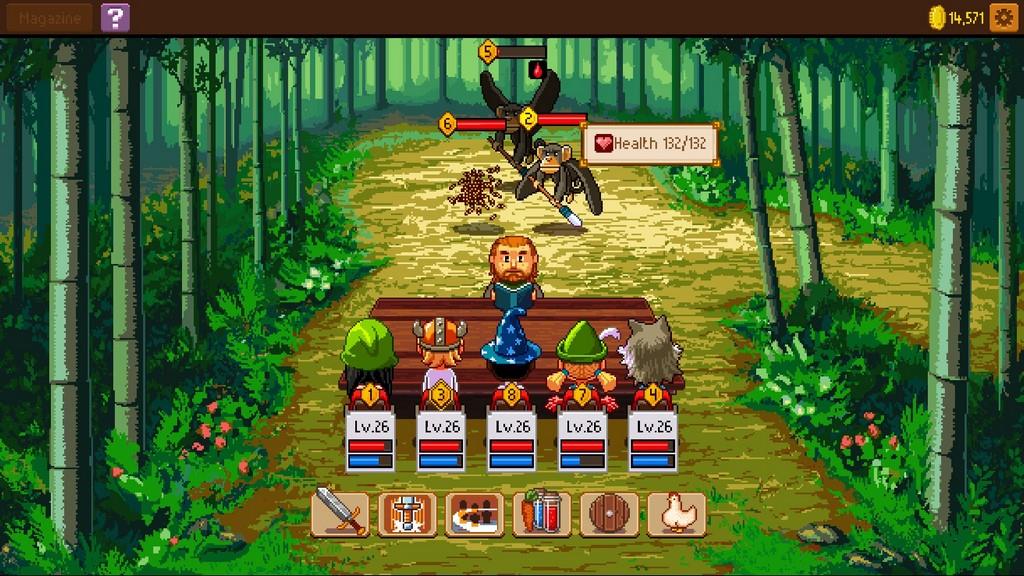 The biggest issue with the game isn't with the quality of the content, but how long the entertainment value can be sustained. A game like Knights of Pen and Paper 2 is great for short spurts but be aware should known the gameplay can become quite repetitive for extended periods of time.  Even if it's best played in short spans it provides players an entertaining retro turn-based, role-playing gameplay experience that is infused with brilliant humor and spot-on pop culture references. Eager adventurers surely won't be disappointed on their journey in Knights of Pen and Paper 2, but should keep their expectations in check.

Knights of Pen and Paper 2 checks all the right marks for proper port from smartphones to PC including remastered graphics, mouse and keyboard support, and including all the previously released content for a single, low price. Unfortunately, the game can't completely avoid its roots as a smartphone game with gameplay that is best enjoyed in short spans. While it might not be the most complex role-playing game available, it's a worthwhile and entertaining purchase for players eager to set out on a casual fantasy adventure.