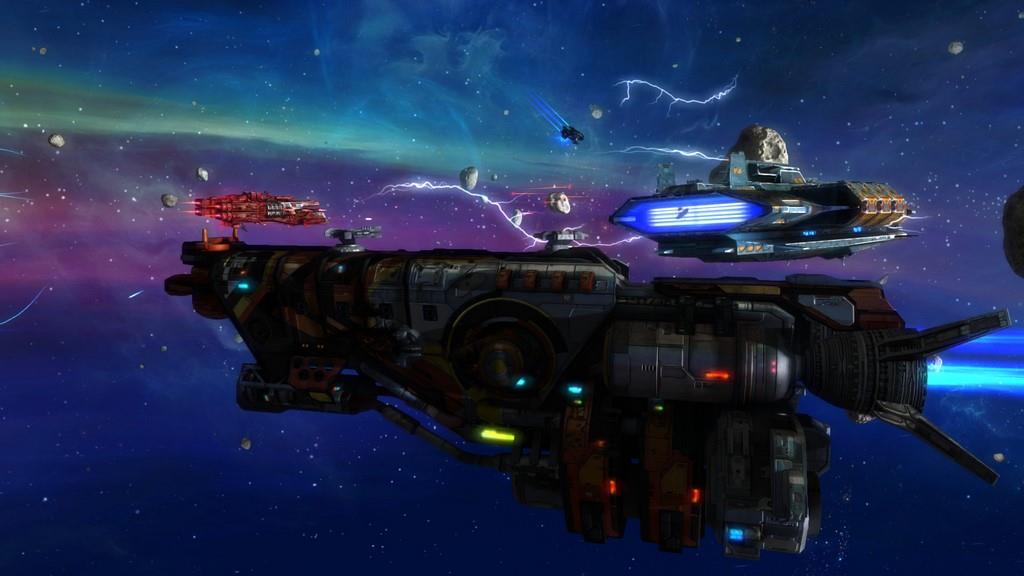 Rebel Galaxy, from developer Double Damage Games, is an impressive open-world space game--especially when considering its budget price of $20 and vast amount of content. While the game might retail for a budget price, it doesn't feel anything near budget quality. On the contrary, Rebel Galaxy is one of the more polished and content-filled open-world games that I've played in awhile. Space and games have always been a favorite combination of mine, stemming from classics such as Freelancer. While Rebel Galaxy provides a main narrative, they can also, at any time, pursue their own interests. These interests range from becoming a miner, trader, mercenary, bounty hunter, or any other space occupation. The only major downside to the overall experience is the game's reliance of grinding to push the narrative forward. That might bother some, while others will be accustomed to the grind, coming from other role-playing games.

After a few missions with the main narrative, I lost interest in the lackluster story and characters. Basically, players begin as an unnamed and speechless protagonist that sets out to find his aunt in space to answer questions about a discovered artificial intelligence device. Soon the player learns of the artificial intelligence's importance and why many others in space have their eyes set on acquiring the device. None of the plot elements or the characters involved are that memorable, which instead leads missions to just becoming progression goals rather than a worthwhile experience. It doesn't help that completion of the narrative missions often require grinding to acquire better parts for your ship, and, in turn, successfully defeat larger and more powerful enemies. The more enjoyable aspects of the game revolved around the open-world experience. There is no shortage of activities to take part in throughout the universe.

From mining asteroids for rare minerals to hunting down bandits for bounties, there's always something to do. Aside from the main narrative, players can visit space stations to take on side quests. These range from transporting trading goods to protecting miners from bandit attacks. Other activities players will randomly stumble upon might be distress signals from ships in danger, or bandit attacks on space stations. The other major aspect of the open-world experience is the focus on upgrading your spaceship with better equipment in various categories, ranging from turrets and shields to boosters and cargo holds. The game's pace is slow in the beginning due to the starter ship being outfitted with weak weapons and armor and shields. I became most frustrated during this part of the game because I always felt useless encountering hostile ships. I usually ended up running away. Once I upgraded to a better and faster ship and outfitted it with beam weaponry and powerful ion turrets, however, I felt like a force to be reckoned with.

Speaking of ships, it's also important to note that players can not only upgrade equipment, but can also swap their ship for a completely new model. Ships come in a variety of shapes and sizes. There are vessels with large cargo holds, focused on trading and mining. And the ship models go all the ways up to large capital ships with an abundance of slots for turrets. For the majority of my playthrough, I preferred a smaller assault craft that resembled the ship from Firefly. It offered me better speed and maneuverability around larger capital ships. Not to mention, I happened to find one of the game's best shields by chance while digging through a loot drop that made my ship a formidable foe against bandits and other enemy encounters. This remains the core concept of Rebel Galaxy: To continually craft a better ship, and, more importantly, find one that suits your particular gameplay style. 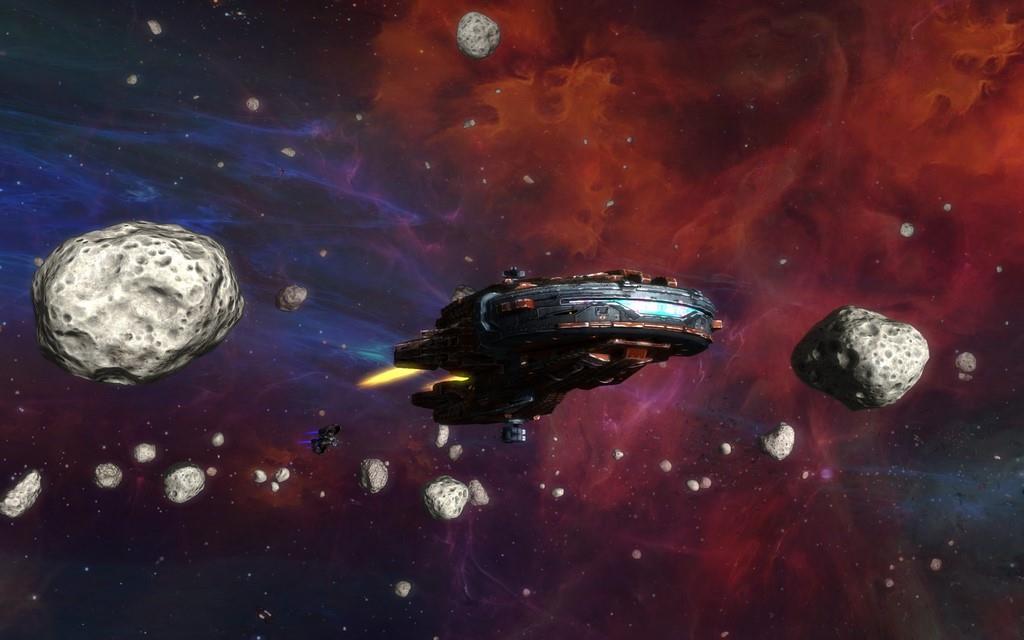 Attacking or defending in combat is unavoidable. Rebel Galaxy is unlike other space games, in that movement takes place on a horizontal plane where, basically, you can turn your ship 360 degrees, but can't pitch up or down. With this gameplay design, combat feels more like naval combat, as ships utilize broadside weaponry fired from each side of the ship. Smaller ships can fly above and below your ship, but that's where turrets and other weaponry, like missiles and mines, come into play. Players can switch between each of their weapon slots, and when not being manually controlled, they are operated automatically by the computer. I was also impressed that you can tweak each weapon's target prioritization for maximum efficiency. It's up to players if they want to create a ship that is based around missiles, or maybe one that focuses on turret combat.

In the visual department, you surely won't be disappointed, as the vastness of space is rendered beautifully across various galaxy sectors. The act of spooling up your jump drives and waiting for the engine to kick into full effect never gets old, as your ship shoots through space at incredible speeds. Asteroid fields will pass you by, along with traders and other ships going about their own business. Rebel Galaxy presents players with a living universe that has an ever-changing economy, never-ending supply of missions, and power struggles between factions fighting for their corner of space. I probably spent too much time zooming about asteroid fields, searching for the best minerals, and then traveling back to the nearest space station to offload my cargo. And that's the genius of Rebel Galaxy: Each player can truly decide what they want to do in the vast universe. Getting tired of mining? Solving that is as easy as jumping toward a bandit location to reap bounty rewards. While the grinding and slow pacing in the beginning can be frustrating, it's recommended to stick to it for a couple hours. Then you'll truly recognize Rebel Galaxy's greatness.

Rebel Galaxy is one of the best space games released in some time, both in terms of its vast content and that its low price that won't break your wallet. A slow beginning to the game and over reliance on grinding shouldn't deter gamers in experiencing everything that Rebel Galaxy has to offer to eager space going adventurers. It's difficult not to smile as your ship zooms across space, taking in the star-filled view, and listening to the Firefly inspired soundtrack.