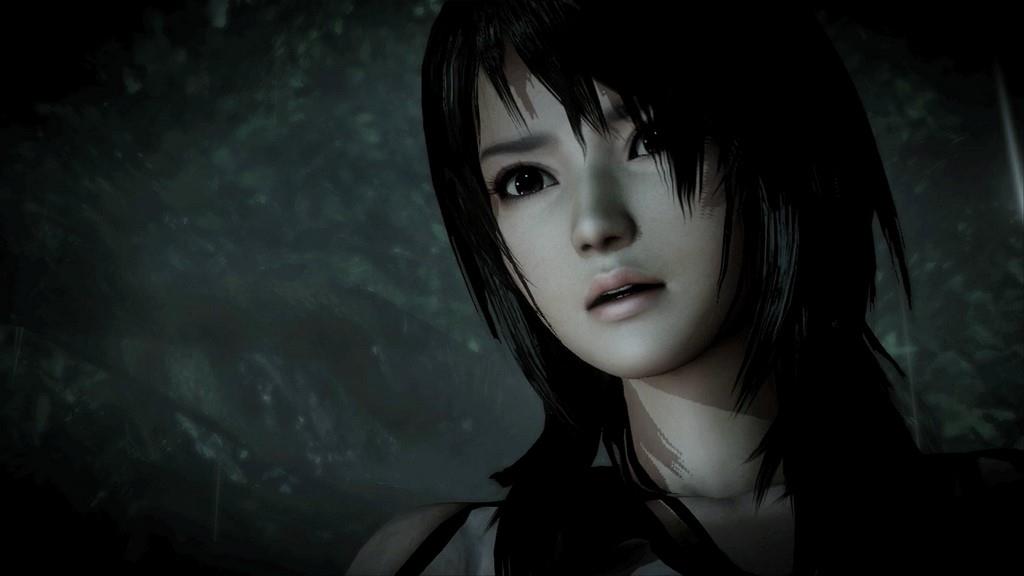 Written by Matt Mirkovich on 10/19/2015 for WiiU
More On: Fatal Frame: Maiden of Black Water

I’m still upset about Fatal Frame 4 and the Fatal Frame 2 remake not being released in America for the Nintendo Wii. That said, I’ve been anticipating Fatal Frame: Maiden of Black Water with bated breath, more so than any game for a long time. The April announcement seemed like a dream come true for me, but the subsequent media silence made the waiting all the more difficult. So after finishing the game, where do I stand? Was Maiden of Black Water everything I had hoped it would be? In some ways yes, but not without some resounding flaws. If you’ve been one of the Fatal Frame faithful who’s been holding out hope for this game, then you’re going to probably have mixed feelings after playing this game for a while. I know I did.

Fatal Frame: Maiden of Black Water has three main protagonists this time around, there’s Yuri Kozukata, a young woman with the ability to see the dead, which she has viewed as a sickness. Her friend, Hisoka Kurosawa, runs an antiques shop has been keeping an eye on her to fill in the gap of losing her family at a young age. Ren Hojo is an author who has been doing research on the series mainstay Kunihiko Asou, and is friends with Hisoka. Miu Hinasaki is searching for her mother, who has gone up to Mount Hikami to find her. Mount Hikami serves as the backdrop for Maiden of Black Water and you’ll be exploring the different paths that lead up to the summit of the mountain over the course of the game. This means you’ll be doing a lot of zig-zaging up the mountain as a lot of paths cross and converge. As the story progresses you’ll take the role of each of the three main characters at different points as you try to figure out why people wish to visit Mount Hikami and why they disappear. If you’ve played previous Fatal Frame games, then you kind of know what to expect from the story, there’s horror, there’s tragedy, and something messed up going on on that mountain.

Let’s get some of these critical concerns I have out of the way. The controls for this game, when not in camera mode, are a frustrating mess. I really wish the developers had opted to allow users to set their own buttons, or at least offered an alternate control screen. A couple of cases in point, you have this new ability in Fatal Frame: Maiden of Black Water called Tracing, this skill allows you to follow the path of the people you’re searching for by giving you an ethereal view of their path up the mountain. This is mapped to the ZR button, which is also mapped to the button that is required to pick something up. If you’re just ever so slightly off from where the item is located then you’ll activate tracing and turn around from the item you were attempting to grab, so always make sure you’re facing the item and the prompt is on screen. Running and turning in this game is also really difficult to do, so you’re better of pivoting and then running, which is kind of haphazard when trying to run from ghosts.

Then there’s the audio, one of the most important aspects of a Fatal Frame game is the audio. Yet somewhere along the way, someone thought it was okay for the vocal audio to be extremely difficult to hear in most cases. If the character is not directly in the camera shot then they practically cannot be heard during gameplay. There are also instances in cutscenes where the characters are very difficult to hear, even with the volume turned way up. The biggest problem here is that there is only one global audio setting that controls the volume of everything. Playing through the WiiU gamepad doesn’t help matters either, the best I could do is use headphones with the gamepad and even that wasn’t very helpful. 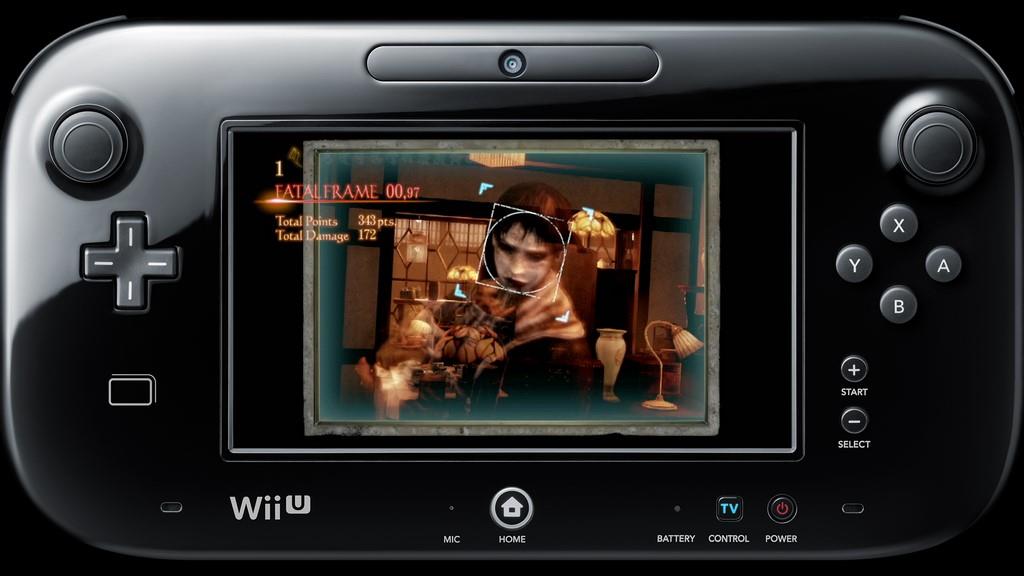 I wasn’t keen on the item collecting mechanic in Fatal Frame 4, so I’m kind of bummed to see that it has continued to be a part of Fatal Frame: Maiden of Black Water. Want to wait five seconds to pick up an item by holding down a button? And then potentially dodge a ghost arm that can harm you if you don't let go of the button in the small window you have to do so?  It’s not even something that can cause a jump scare, and it makes the slow process of picking up items even more tedious and annoying than necessary.

So in spite of those few issues, I actually had a lot of fun with Fatal Frame. Using the WiiU gamepad as a camera works incredibly well and feels quite natural, and if you need to make slight adjustments you can use the right thumbstick as well, or use the right analog stick exclusively. The amount of combat in this game never gets to be overbearing, and the number of on-screen enemies never feels terribly overwhelming. However some of the ghosts have some abilities that are quite annoying and will immediately max out the wetness meter. 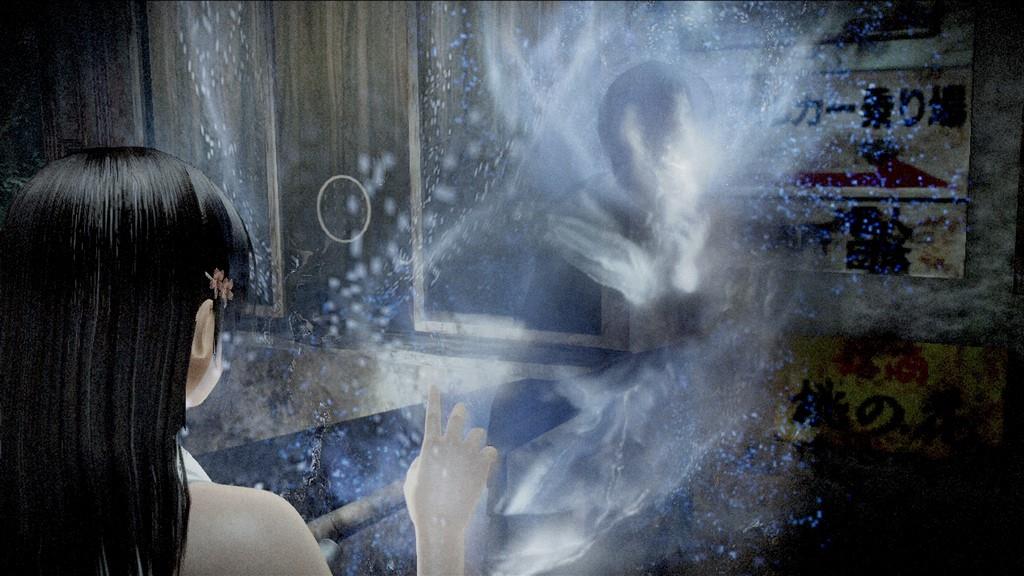 Being the Maiden of Black Water has water in the title, you can probably guess that this game’s focus is on water. What this means is that by getting wet, you attract more ghostly apparitions, which means that they’ll show up more frequently when picking up items, and when meandering about, meaning more combat. It's pretty common to come across water as well, whether it be from rain, or just bodies of water to wade through. This meter also has a visual element in that your clothes will become wet, and using an item called Purifying Embers will quickly dry you up. Word of warning, these items get to be pretty uncommon on Nightmare mode, so make sure you pack a few with you. Nightmare difficulty on the whole doesn’t seem to be that much more difficult, enemies will deal more and take less damage, so while Normal and Easy just hand items to you, Nightmare expects you to be a bit more vigilant in the items you are bringing with you and consuming, along with making sure you pack a fully decked out Camera Obscura.

The number of actual jump scares is kind of kept to a minimum this time around. The atmosphere is very tense at pretty much all times thanks to judicious use of fog and appropriate music. The fog also tends the hide the noticeable pop-in for objects in the distance. While this game does look really good at times, there are small graphical anomalies everywhere, flickering textures and object pop-in being the most noticeable offenders, thankfully in the heat of combat, these things aren’t terribly obvious and they don’t get in the way of some of the scares and tension. Also I have to mention that there is that one moment that will make your blood run cold, and it got me good, especially since I was staring directly into my gamepad, and had it not been tethered to the wall charger it probably would have been out the window. 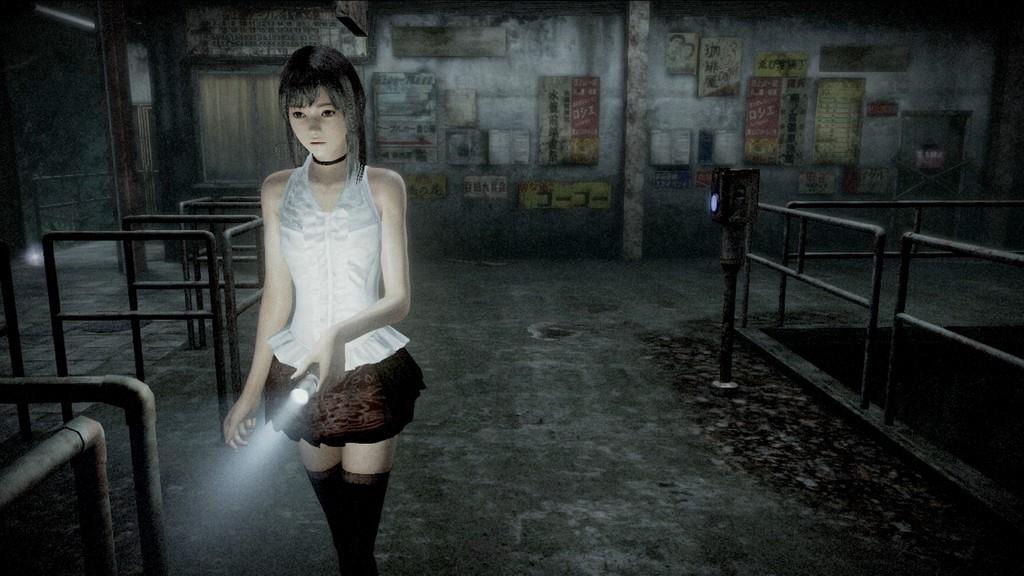 There are multiple endings that are all tied to the choices made in the final chapter. So if you want to see them all, you only need to replay the last chapter, which is a nice concession to players. There are costumes that you can unlock as well by earning some of the endings, and if you’ve seen the costume trailers that are out there, know that they replace the risque outfits that were present in the Japanese version. Personally that’s not too big a deal for me as I’m enjoying the Zelda and Samus outfits, but I can see where that would be a point of contention for some people. I’m kind of bummed that there’s not a better way to track the completion of the story, ghost list and archives, outside of the simple percentages that are displayed in the chapter selection screen. Also outside of the main game there isn’t much to do after completing the game. There is a bonus scenario, but a lack of mission modes really kills the replayability.

So Fatal Frame: Maiden of Black Water is definitely not my favorite in the series, it’s definitely a good game, marred by some bad design decisions. The audio and control issues seem like things that shouldn’t have even been a problem, and the incredibly short post-game content is kind of disappointing. But it’s a new Fatal Frame damn it! We haven’t legitimately had a version of this game in the US since 2005. Let that sink in, it’s been a decade since the last game came out in the US, sure we got the abysmal Spirit Camera back in 2012, but it just wasn’t the same. My excitement for this game was through the roof, and after finishing it, I had a good time, albeit it felt over a little too quickly. But at least there was a new Tsukiko Amano song to see me off.

Fatal Frame: Maiden of Black Water is going to be a tough sell for those who aren't familiar with the franchise. It's got a lot of questionable design decisions and feels like a more bare bones experience than past games of the series. But it's Fatal Frame, these games only come along in a blue moon these days, so savor them while they still exist.