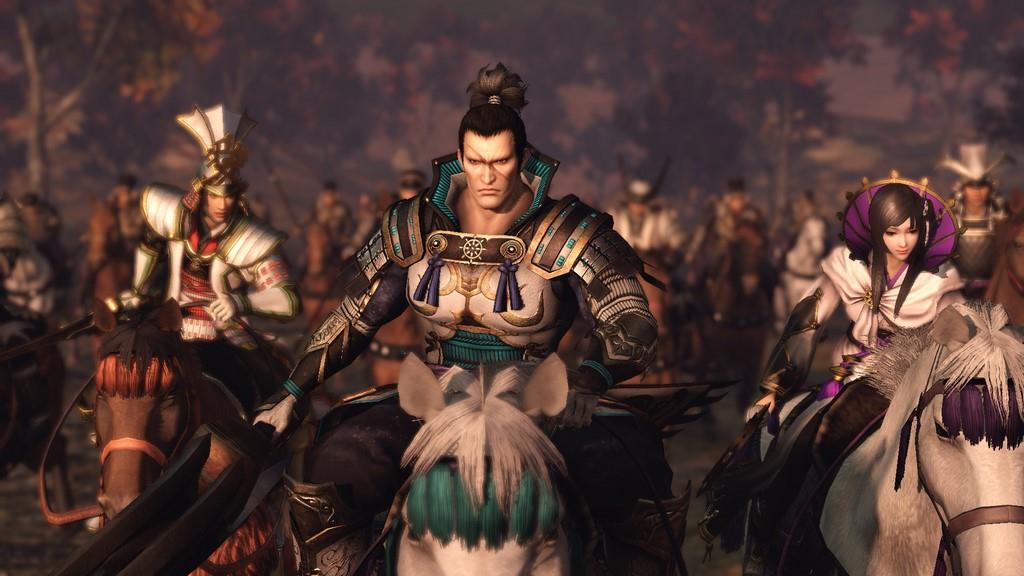 The Samurai Warriors games always appealed to me a bit more than the Dynasty Warriors games, for whatever reason I found them easier to get into and enjoy. It’s been a while since I’ve experience the feudal Japanese soap opera of gaming, but I think after spending well over a hundred hours in something like Metal Gear Solid 5, I’m ready for something with a more summer blockbuster feel. Samurai Warriors 4-II has been out for a few weeks now, and after spending some time with it, it’s a surprisingly mindless refresher, with a colorful cast of characters, enough political intrigue to make your head spin, and oh so many faceless and nameless peons for me to mow through that I almost can’t get enough of it.

Samurai Warriors 4-II is full of story if you want to partake, and it spans thirteen chapters, each following a specific character this time around as opposed to regions of Japan that were previously explored. Each chapter has five stages, and completing a chapter will unlock another one down the line. This shorter focus on characters means nothing ever really starts to drag, the storylines resolve quickly and allow you to find a new character to follow with relative ease. You’re also encouraged to replay some of the missions with a different partner as some of the events in the battle will only occur with specific characters present on the battlefield. The battles themselves allow for an hour to complete, but they never take that long unless you’re really taking it casually, or playing on the harder difficulty levels where you need to be more careful in the battles that you pick and choose. You can also tackle these story missions via local co-op or through online co-op, making it easy to coordinate when a timed objective shows up in the middle of battle.

Mowing down hordes of enemies in the Warriors series has always been a ton of fun. Nothing makes you feel more powerful than sending enemies flying with your powerful strikes that compel armies to turn tail and run for the hills. Samurai Warriors 4-II is no different. You’ll be doling out combos left and right that will fell all but the mightiest of opponents. That’s where using the vast combo system requires a little more finesse, especially at higher difficulties. As you level up a character their combo tree will continue to grow, granting them access to longer combos with more variety and finishing moves. When things get hectic there’s also those Musou attacks that are perfect for clearing out crowds. As you take down officer after officer you’ll find plenty of strategy tomes which are used to unlock skills via the skill grid. This system has some weird design-determined blocks that keep you out of unlocking some of the more powerful skills too early, which is odd since a lot of them are level-locked as well. Weapons and horses can also be leveled up by sacrificing lesser items to power them up, provided you have the cash to do so.

In addition to the base story mode there’s also a free mode that allows you take any characters of your choosing into battle to replay any of the missions you have already unlocked. Then you’ve got the new Survival Mode which lets you take a character into an ‘endless’ castle, and you’ll fight wave after wave of enemies in exchange for some rare weapon and item drops. Of course if you die you’re going to lose everything, and the longer you survive the tougher things will get. The drops that you get from this mode are reserved for the character you go in with, but it’s also a great place to level up a lower level character because despite being about survival, this mode is pretty easy. If you have a character in the mid-twenties, expect to blow through without too much trouble. 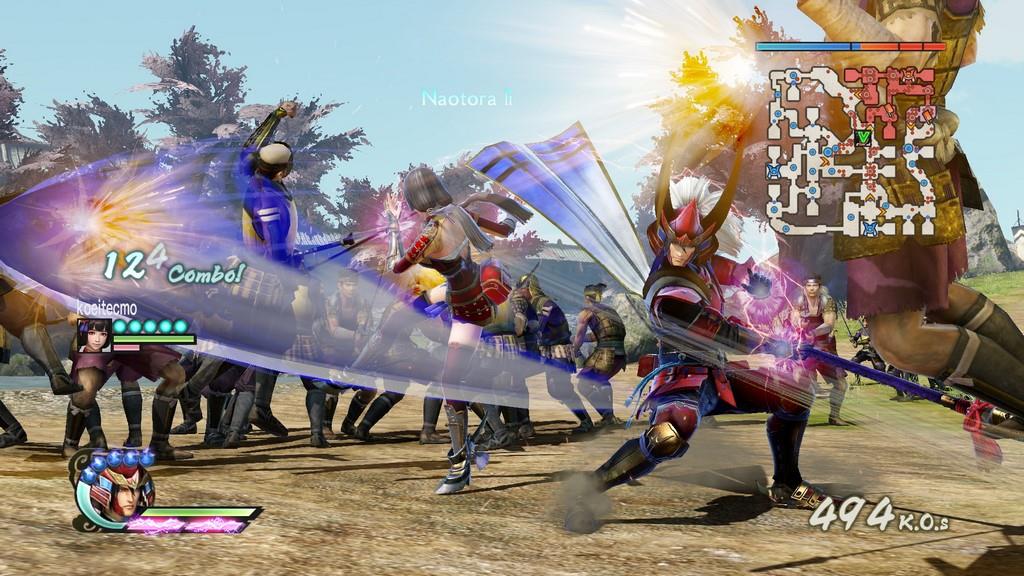 There’s also a character creator that allows you to build your own hero who can adopt the skills of any of the characters you’ve unlocked. Though this self-created character can look a bit fugly thanks to the sort of limited options. What’s also surprising is how unrandon the random character generator is. I would constantly see the same configuration come across, and then it would get buried under another configuration that would constantly appear. If you put in the effort to tweak a character then you’ll probably wind up with something you’re happy with, but going with just the presets, I found it hard to make a character that was aesthetically pleasing.

Otherwise the visuals are pretty good, although it looks like more of the PS4’s processing power is used to keep the framerate solid, and to make sure that the number of enemies on screen doesn’t disappoint. There are loads of enemies visible at all times, but I wonder how much the game had to sacrifice to be able to run on the PS3 as well. The character models look great, but the periphery surrounding them looked kind of flat and bland. Again I can see this being done to keep the frame-rate up, but when you have a game like Toukiden that is able to push impressive backgrounds and plenty of enemies (and large enemies at that), it seems like a slightly phoned in effort. Music is about as important to this game as you make it, personally it was just background noise to go along with the slaying of countless nobodies. There’s no dub this time around, so that might be a deal breaker for some people who can’t to either read subtitles or find the voices grating.

Samurai Warriors 4-II caught me a little off-guard. I wasn’t expecting to enjoy this game as much as I did. It was a perfect game to relax to, even though it’s packed with action. It provides the right amount of challenge, but doesn’t really pull punches on people who try to rush in and be a hero. The overarching storyline gets a bit muddled as you go on, as some paradoxes and plot holes open up, but it’s nothing major. The new Survival Mode is a fun addition and provides some additional challenges, and serves as a good distraction when the story mode gets to be too vanilla or when you need to level up a character to carry you through the story. If you’ve been cold on the Samurai Warriors series, I would totally recommend picking up this version, it’s great summer blockbuster fun, at least thanks to the California heat, it feels like it’s still summer.

Samurai Warriors 4-II is a great addition to the series and proves to be plenty of fun, whether you're playing solo or with a friend. Go get yourself lost in this Feudal era drama.