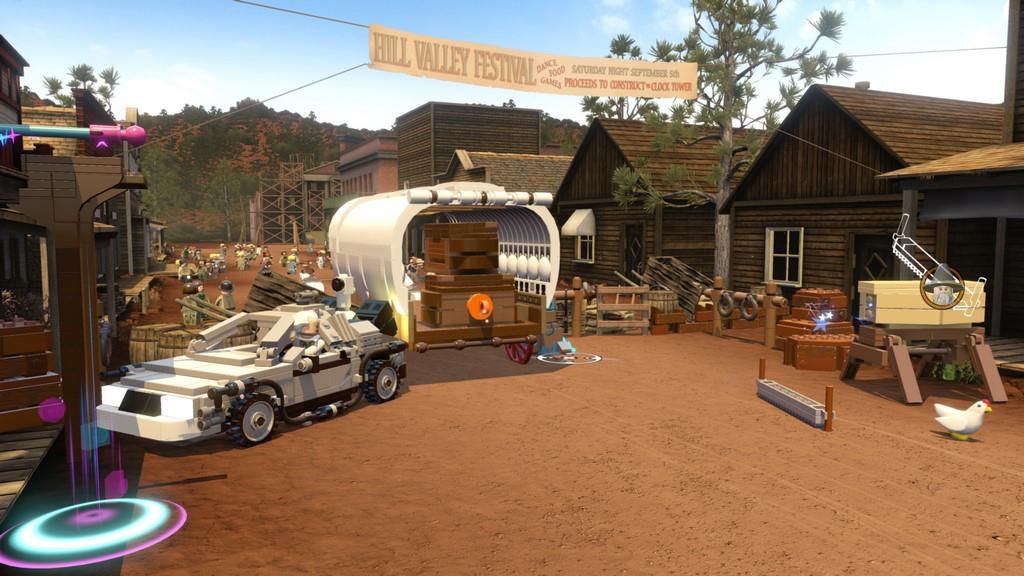 Not many games these days will be able to draw nostalgia from your childhood as much as Lego Dimensions from developer TT Games does. Opening the game's box and having packages of Lego pieces included with a building manual it instantly brought me back to those great childhood days of receiving new Lego sets. Lego Dimensions follows the Skylander and Disney Infinity series of games that incorporate real life toys into video games. It was most surprising to me that it took the Lego brand this long to enter the ever growing toy and game combination genre. Of the current three series that now exist, Lego Dimensions is the brand that has the greatest experience with the real life toy element. It also helps that the Lego toy brand and TT Games have a long history together developing associated games.

Now while the game's starter pack seems rather pricey at $100 in comparison with its competition, you'll need to keep in mind that Lego toys in general are expensive. Now don't confuse me saying that this is artificial pricing, but instead Lego bricks are known for their high quality material and resistance which remains true for the pieces included in the starter pack. With the starter pack players will receive a toy pad base and pieces to construct the gateway along with minifigure characters Batman, Gandalf, and Wyldstyle and a miniature Batmobile vehicle. The game's story revolves around the three characters teaming up to confront the evil Lord Vortech and his plan to rule all of the various Lego worlds. Those familiar with past Lego games will immediately feel at home with the narrative humor and gameplay mechanics as TT Games doesn't stray far from their proven methods. The major change to gameplay includes use of the Lego toy pad and gateway that allows for players to place up to seven minifigures, vehicles, and gadgets on its three sections. In contrast with other toy and game combination genre titles, Lego Dimensions has players actively use the toy pad to solve puzzles and give abilities to characters.

While initially players can create the toy pad with the included instructions, the game favors that players build the various sets using on-screen directions. During the game's narrative course players will modify the toy pad as well build additional figures from its base. Even though seven minifigures and objects are allowed to be on the toy pad, I found it much easier to only have the necessary characters in play as it can quickly become crowded.

The toy pad requires that players to often change the location of characters between its three sections for them to perform actions such as change size, swap power, or escape an enemy's hold. I personally welcomed the toy pad's incorporation as it offered new elements aside from the standard gameplay seen in past Lego titles from TT Games. Unfortunately, the reliance on the toy pad became rather repetitive even with the introduction of new gameplay elements. I often just wanted to sit back and enjoy the game with a controller alone, but instead would have to lean forward to move characters around.

The most entertaining aspect is how all the franchises were able to be combined into the game's premise. After watching Gandalf falling to his doom with Balrog only to be saved by Batman appearing from a portal and then appearing in Cloud Cuckoo Land to encounter Wyldstyle, I couldn't hold back a huge grin on my face from all the franchise references. It's also important to note that even players that don't purchase any of the additional toy packs can still enjoy the all the various franchises and characters in the main narrative. I was unsure at first with the three included minifigure characters, but soon fell in love with the trio as the dialogue between them was continually funny. Gandalf in particular provided some of the game's most humorous one-liners, not to mention his often ignorance around technology that was common to Batman and Wyldstyle. Aside from the narrative, players can venture to the game's adventure mode that has a portal to each of the franchise worlds. With the starter pack players have access to three adventure worlds including The Lord of the Ring's Middle Earth, The Lego Movie's Bricksburg, and DC Comics inspired areas. Each of the adventure mode worlds contain a wide assortment of activities ranging from quests to collectibles. 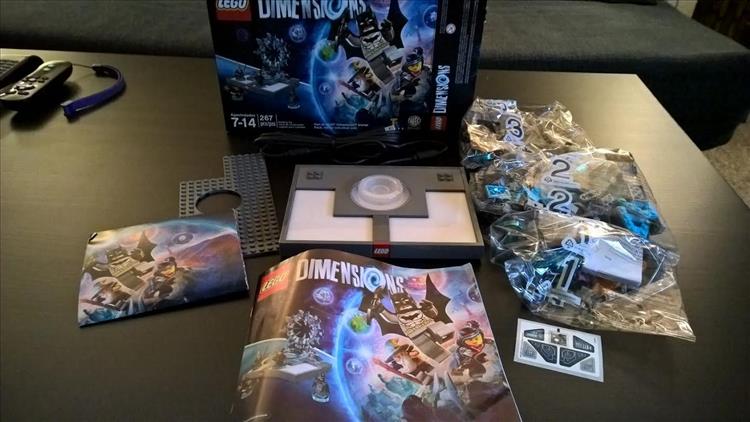 The most troubling question to me before playing Lego Dimensions was if the starter pack would contain enough content to justify the high price tag.   After hours upon hours spent just in the narrative I'm happy to report players will be satisfied. Now that isn't to say I remained disappointed each time the game locked content behind an arbitrary wall because I didn't own the right minifigure character or object. While these don't distract from the overall gameplay experience, they did seem to pop up far more than I would have appreciated. Many of the other adventure worlds as well are locked to players until they purchase a particular character from that associated franchise. Fortunately the variety of franchises within the game ensure that fans of a particular one can decide where they would like to spend their money. As a fan of Portal 2 and Back to the Future films I went out immediately and bought their associated adventure packs. There's no getting around that players looking to invest in the Lego Dimensions brand are going to be spending a lot of money. However, Lego Dimensions is the only genre title in which its toys can be used along with the range of other non-Dimensions Lego sets.

From completing various portal challenges for GLaDOS to driving on the yellow brick road in the Batmobile, Lego Dimensions continually delights with its varied incorporation of popular film, television, and game franchises. Fans of previous Lego titles from TT Games will feel right at home with the developer's proven gameplay mechanics. In addition, the heavy emphasis on the toy pad make for one of the most interactive games in its associated genre. While the gameplay can become a bit repetitive in the game's later stages, it's difficult not to smile when Batman confuses the Scarecrow from the Wizard of Oz as his arch-nemesis from Gotham City.

Lego Dimensions follows the trend of solid gameplay from developer TT Games while introducing new mechanics with the included toy pad and minifigures. Batman, Gandalf, and Wyldstyle team up on an entertaining and humorous adventure to confront the evil Lord Vortech and his plan to rule all of the various Lego worlds. Lego Dimensions is a worthwhile gameplay experience and investment for both fans of Lego and the included franchises ranging from Ghostbusters and Wizard of Oz to Scooby-Doo and Doctor Who.