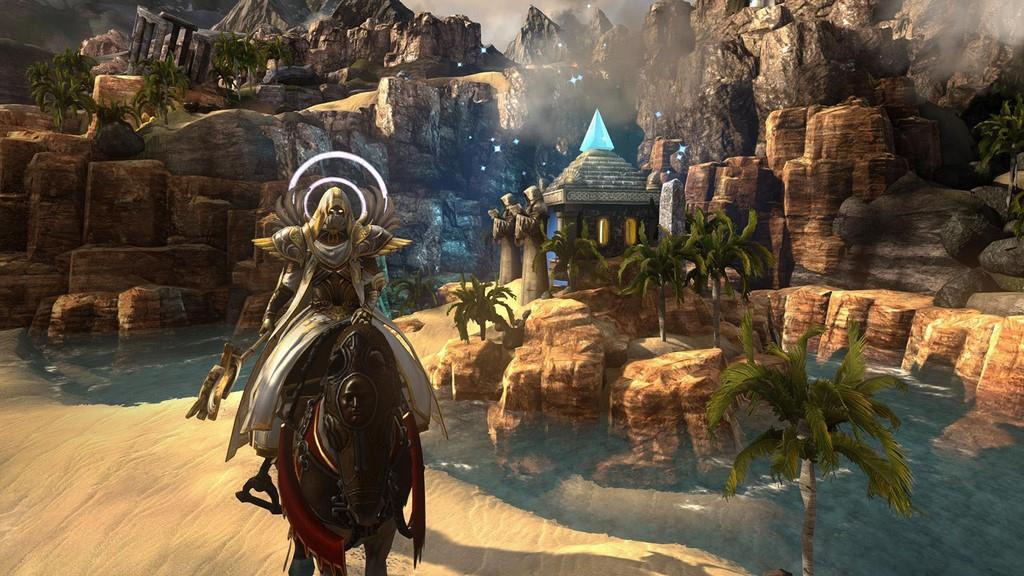 Way back in 1986, a company called New World Computing developed and published an RPG called Might & Magic for the PC and later ported it other computers and consoles.  It was considered one of the defining examples of early RPGs of its time along with games like Ultima and Bard’s Tale.  Over the course of the next three decades the series has changed publishers to Ubisoft and has had several spin-off series, one of which is Heroes of Might & Magic.  While the main series is a straight-up RPG, the Heroes series is more of a turn-based tactical RPG.  Today I’m going to take a look at the latest game in the series; Might & Magic Heroes VII.

The game begins with the land of Ashan in utter chaos after the Empress is assassinated and now there are factions fighting over the throne.  Duke Ivan gathers several advisors to…well, advise him on how to proceed with things, which apparently consists of the advisors each sharing a story focusing on a particular faction and time period.  These stories make up the game’s missions which range from starting from absolutely nothing built or leveled to so experienced and difficult you’ll likely die in five minutes if you have no clue what you’re doing…but more on that in a moment.  What gets me is that the graphics are half bad, but the animation is kind of lacking.  In fact, there’s no animation at all on whoever is currently talking, something you’d think would be in a 2015 game published by a company like Ubisoft.

When the game begins you have a few options you can do such as the main campaign, going up against the AI and/or human opponents in a typical RTS-style scenario, and fighting the AI/human opponents in a duel to practice up on your skills when you have to face an army from the opposition.  When doing a skirmish against the AI you can have up to seven opponents and you basically start at a particular point in the map with nothing but your hero, some gold, and some resources.  From there it’s the same as when playing the campaigns only the goal is to defeat your opponents and be the last team standing.

When playing the campaign missions you’ll have certain objectives to accomplish which are marked on your map and mini-map.  You’ll start off at a town in which you can build various buildings to help build up your forces and recruit new heroes.  Moving around the map is all turn-based meaning you’ll get the chance to move your heroes, then the enemy moves.  Each hero can only move a set amount of steps each turn so you have to plan your route accordingly to get the most out of your day.  As you wander around the map you’ll come across various places you can visit to up your defenses, give you gold and experience, provide supplies, and so on.  These are all useful in building up your town and forces, but you can only visit them once per mission. 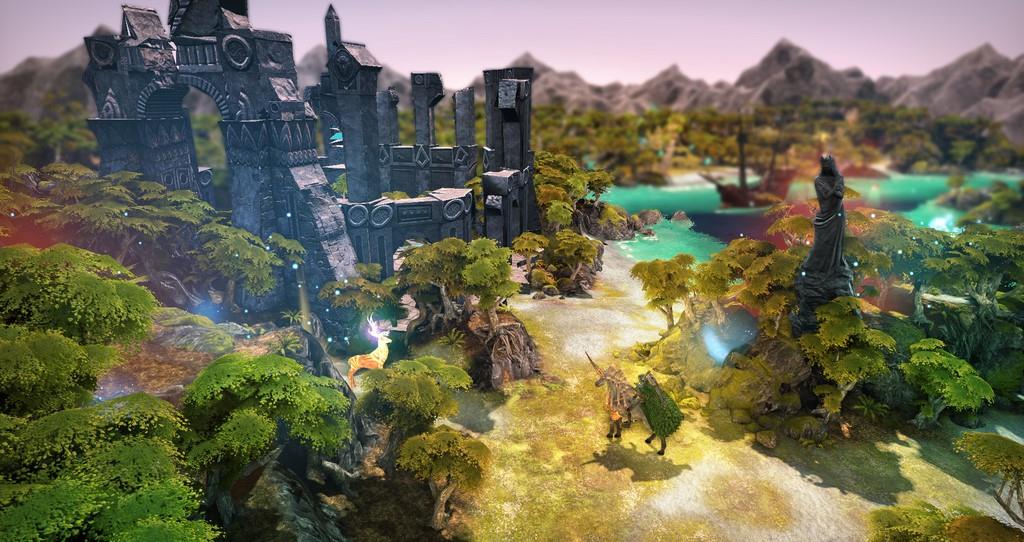 While wandering around you’ll also encounter enemies to fight of varying difficulties and you can choose to fight them either manually or automatically.  The battles are grid-based and allow you to move your units around the grid to strategically launch attacks.  Your hero, if he’s in the battle, can also launch one attack per turn, either a normal attack or a spell if they’ve learned any.  After winning a battle you’ll gain experience and can level up your heroes, doing so will allow you to allocate a skill point in a number of different skills.  However, I’ve found out that a lot of the time it’s better to just auto-fight the weaker enemies and avoid the more difficult battles altogether.  It does take out the combat aspect of the game, but it does make things go quicker and for the easier enemy units, you won’t lose too many of your own units.

However, there is one glaring issue about everything I’ve just told you: the game doesn’t tell you any of it.  For whatever reason there’s no tutorial on the game at all.  If you’ve never played any of the Might & Magic Heroes games, you’ll likely be incredibly lost when trying to figure out what to do.  I stumbled around a bit and eventually figured out the basics on my own.  If you’ve played past games in the series then a lot of this will likely be second nature.  However, newcomers might get a bit overwhelmed, but you can adjust the difficulty if things get a bit too heated. 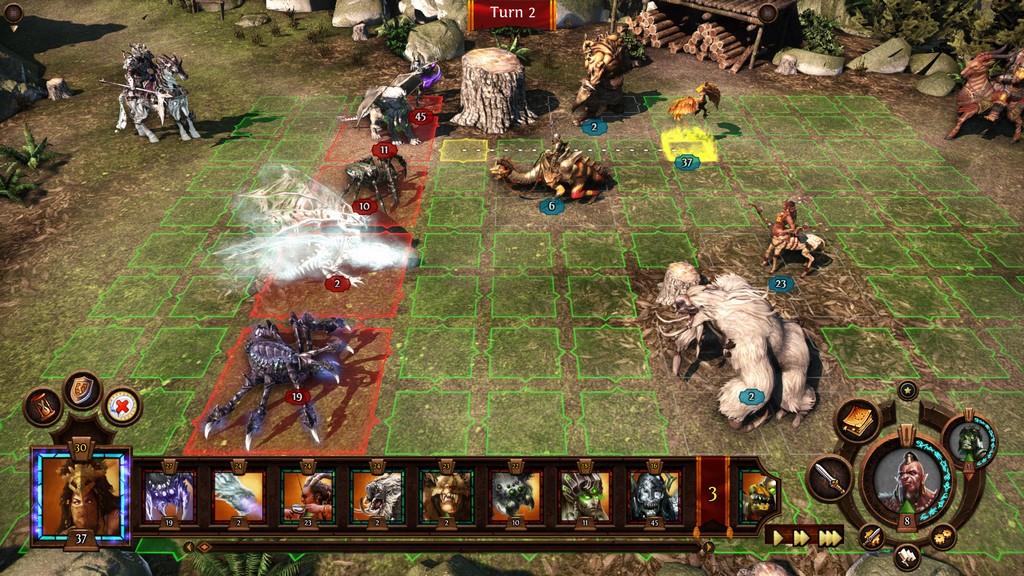 There’s a lot to do in the game.  There are several groups of missions that you can switch between when you wish, a good thing if you wish to change things up a bit.  Some missions start you off at level one while some might be more complex.  The first mission I tried was so advanced that my hero was at level thirty and I didn’t last five minutes before figuring out that I might want to try another mission to get my bearings.    On the whole it looks good and plays pretty well once you get going, but that’s the one outlying fault with the game; it can be hard to get going.  Might & Magic Heroes VII is not for the uninitiated.  If you’ve played the series before, you’ll likely go through the campaign a lot faster and easier than I did.  However, if you’re new to the series, this is probably not the best one to begin with by any means.

The more I played and got the hang of things, the more I wanted to finish it, especially since I’ve barely played the other games in the series.  If you’re a fan of the series, then this might be one to pick up.  It seems a bit easier than I expected due to being able to auto-play combat scenario, but that’s just one less thing to frustrate me as I learned the ropes.  However, if you’ve never played any of the past Might & Magic Heroes games (or Heroes of Might & Magic as they were previously called), then this one is probably not for you unless you don’t mind spending the first hour or two trying to figure out how to play.

Might & Magic Heroes VII is an okay game overall, but seems like it’s more for existing fans of the series and doesn’t cater to new comers at all.  With no tutorial whatsoever it took me a good hour or so just to get started.  Outside of that the difficulty can be adjusted, but the ability to auto-play battles makes things a tad easier than expected.  This one is definitely not for newcomers to the series unless you don’t mind fumbling around on your own for a bit while you get your bearings.