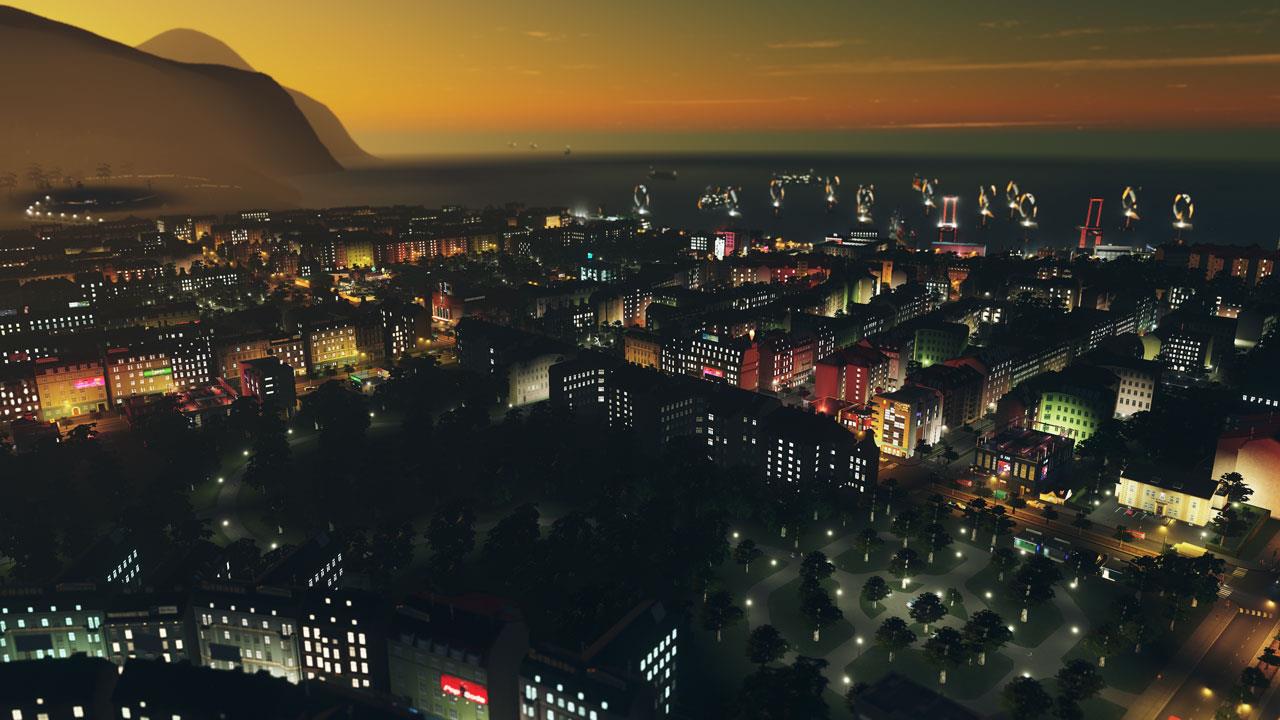 Written by Travis Huinker on 9/24/2015 for PC
More On: Cities: Skylines After Dark

Earlier in the year the genre of city building games finally received a worthwhile entry in many years with Cities: Skylines from developer Colossal Order. With the developer's first expansion pack, After Dark, releasing this week it also marks the game receiving a wealth of free updates. While it's great that the developer decided to release features such as the day and night cycle for all game owners, it does add a bit of confusion for exactly what's included in the expansion pack. In addition to the day and night cycle, the free game update also includes shoreline land values, reworked crime system, updated economy functionality, 70 free zoned buildings, and styles for modding.

While the expansion's name implies only night-based content, there are other features that benefit cities during the day and night. The most significant feature of the expansion is the introduction of additional transportation options and buildings. A common problem when creating cities in-game is how to deal with the increasingly non-stop rush of traffic that can easily topple a poorly-planned road system. With the expansion players now have access to place roads with built-in lanes for either buses or bikes. As well, bike paths can be added to provide additional avenues of transportation for citizens. A large bus station is also available for cities that require a significant amount of bus routes. The roads with built-in bus and bike lanes are tremendously helpful to overcome traffic issues as it assures a lot less cars on the road.

With After Dark, another popular form of transportation is added in the form of taxi cabs. Players can now build a taxi cab depot as well as taxi stands which tie directly into the other expansion pack additions of leisure and tourism city specializations. With the influx of visiting tourists and those citizens looking to travel to the club scene the taxi cabs quickly become an important role to make sure people have available transportation options. Switching sections of a city to either leisure and tourism result in dramatic changes to both their visual style and function for the city's overall economy. An entire range of beach side pier options have been added as a companion to the game's update of adding shoreline values, which tie in perfectly with the tourism specialization. Players are no longer restricted in merely building a city that uses it seas for cargo, but now can focus on a tourist beach hot spot.

Other tie-ins with the leisure and tourism specializations include an international airport that ensures a steady supply of travelers. Both the leisure and tourism specializations are welcome additions to the game's core set as they provide much easier sources of revenue for a city versus having to deal with pollution-riddled industry zones. The new specializations also enable more of the game world to be utilized as oceans can now bring in tourists from cruise ships, which before were only effective as sources of water, energy, and cargo lines. As players increase zoning for leisure and tourism they'll unlock new unique buildings ranging from casinos to zoos. Along with a host of new beautification items such as parks and other buildings, the added customization enables even further ability to finely tune the visual feel and function of a city. 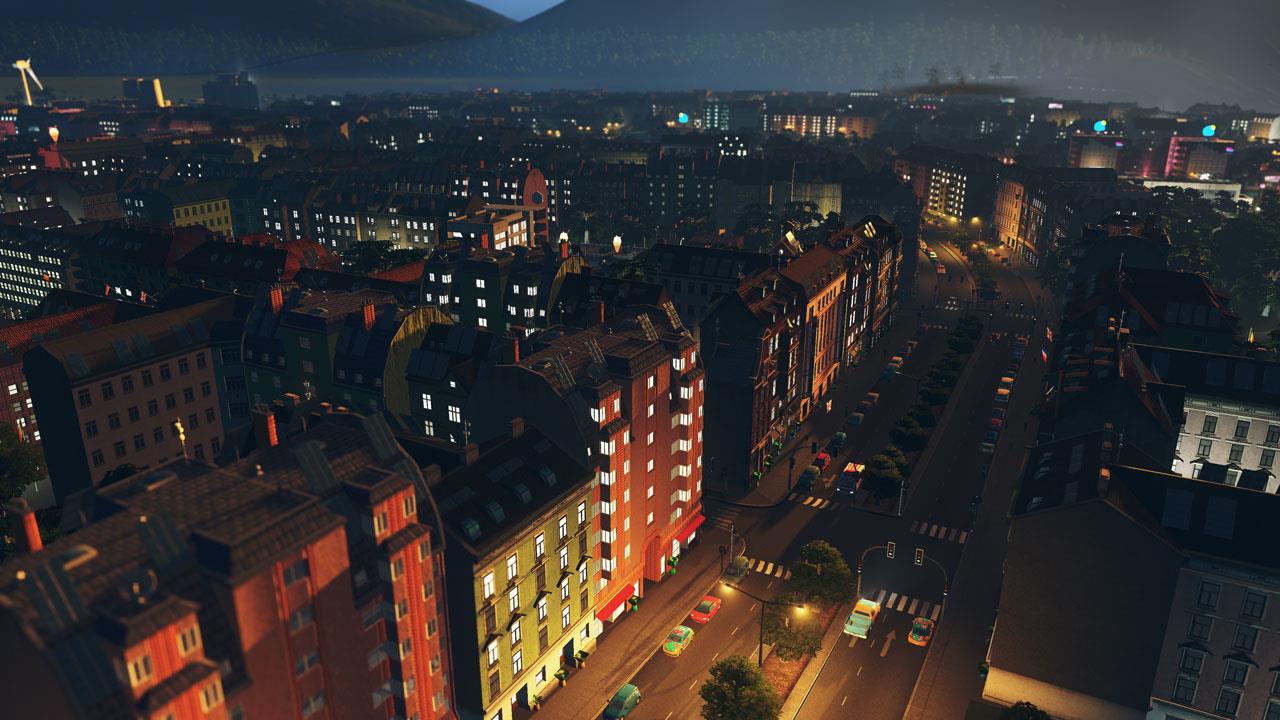 Players simply looking for the day and night cycle purely for its visual change should be happy enough with the free game update. However, those players who want its functionality in regards to creating a city that truly acts to the night will want to invest in the expansion. The expansion pack enables gameplay combinations such as citizens at night utilizing taxi cabs to visit clubs and other locales, the new prison building countering increased crime rates at night, and beach side piers functioning as popular locations for tourists. Not to mention that many of the new buildings such as hotels and casinos fit the night setting perfectly with their bright neon sign work. Cities now look even more gorgeous and stunningly-detailed as ever with the transition from day to night.

Even with the added transportation options and leisure and tourism specializations, the expansion pack does seem somewhat lacking in content to truly take advantage of the night setting. Many of the new additions aren't even that obvious if players don't pay close enough attention to the expansion pack feature list. Fortunately, the After Dark expansion is only priced at $14.99 which makes it an obvious purchase for fans of Cities: Skylines. While it might not be the most feature complete expansion pack, it does contain worthwhile content that both improves the core gameplay experience and enables further options to customize the way in which cities function and look during the day and night.

Cities: Skylines After Dark is a worthwhile first expansion pack that both improves the overall gameplay experience and allows for further customization in designing cities. Additional transportation options and two more specialization options with leisure and tourism work as great companion pieces to the recent game update. While it might not be the most feature expansion pack, what it does contain will certainly excite fans of the original game who've been looking for more content.