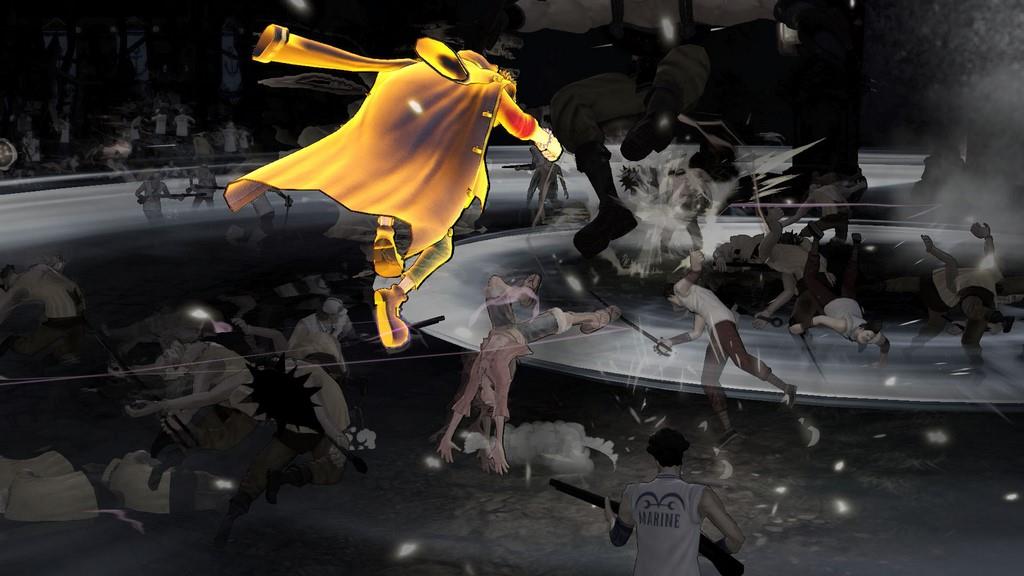 Dynasty Warriors type games are really a series that you either love, or you hate. I find that there isn't really any in between with these and One Piece: Pirate Warriors 3 is another one of these games. Personally, I love them. Being on a battlefield and destroying hundreds of guys at once is such a satisfying feeling that never gets old. I was worried about reviewing the second game in this series because while I was aware of the franchise, I never read any of the manga or watched the animated series. These types of games however are perfect for those people like me because they can introduce you to the characters, the lore, and the series and get you up to speed quickly. One Piece 3 does an even better job at this by pretty much giving you the entire series rundown. Combine that with some incredibly fun gameplay and One Piece: Pirate Warriors 3 is a another great game in a great series that shouldn't be missed by fans.

As I mentioned before, the great part of this game is that even if you don't know anything about the series, this game can bring you up to speed as the main storyline spans almost the entire One Piece franchise from the manga to the animated series and the major storylines are represented. Well, not every storyline but all of the major plot points and moments is represented here. Now, I haven't talked to any One Piece fans so I am not sure if they would enjoy this kind of story telling, but for people looking to get into the series, this is a great way to.

The gameplay remains mostly the same as previous One Piece games and Dynasty Warriors games. If you have played either of those, you know what you are getting into here. You are dropped onto the middle of a huge battlefield with hundreds of enemies in sight. Luckily for you, you possess almost godlike power and can easily dispatch enemies in front of you. The square and triangle buttons can be combined together to perform various combo attacks. If you fill up your meter enough you can perform a more powerful attack that can wipe out an entire area.

There is also the Kizuna system, which allows you to select between allies and perform attacks together. Using this system is a great way to deal with boss fights or powerful base guards as you can activate Kizuna, perform attacks while the meter drains and right before it runs out, summon a duo attack which can take out hundreds of enemies at once. The game plays great as well. One of my biggest complaints with the previous Pirate Warriors game on the PS3 were framerate drops. Thankfully, Pirate Warriors 3 runs at a silky smooth 60FPS on the Playstation 4. Most of the objectives in this game will be either defeating bosses that appear on the map, protecting friendlies, taking and protecting bases and escorting friendlies to a specific location. The objectives and gameplay can be repetitive, but the fun gameplay more than makes up for that and kept me entertained. One of the other things I love about this game is unlocking characters and then trying out different characters and combos to see which ones work best. 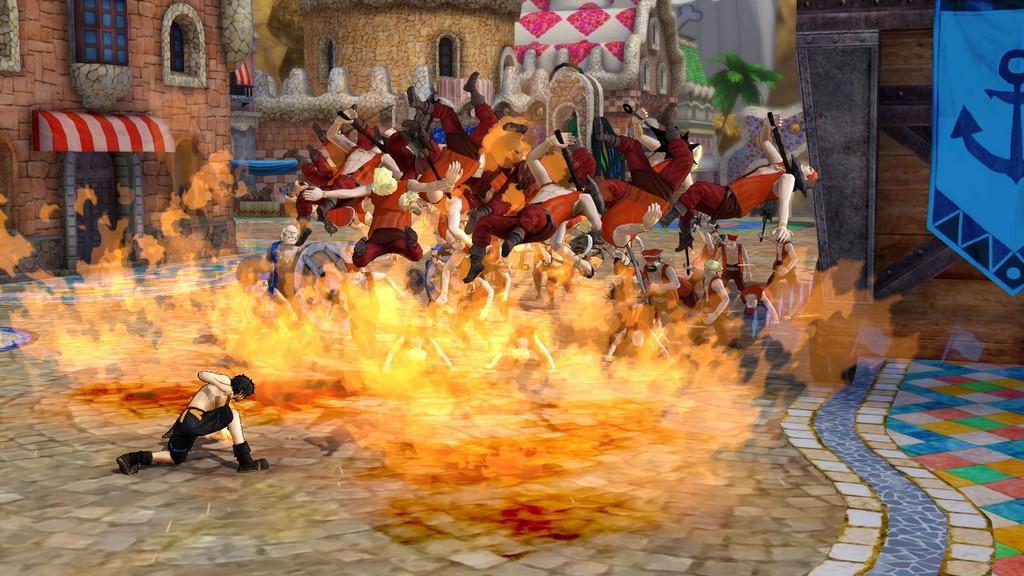 There are a couple of other game modes in the game aside from the main campaign. Free log will let you play any of the previous missions over again with any character you want, instead of the pre selected characters some levels force you to use. This is a great way to farm cash, level up other characters, or try to complete objectives. The Dream Log however is a game mode that will provide many more hours of fun. The way Dream Log works is that you select a character you are presented with a map that kinda looks like a board game. On the map there are a number of islands that represent battles. After completing a battle, you are able to move onto the next one. Some of these islands contain boss fights and at the end, there is also a boss fight, but this is a character that can only be unlocked via playing the dream log. This is a game mode that I would love to see make it into future Dynasty Warrior style games. It's a pretty fun alternative to the main story and the fact that you can complete it with any character you choose adds to the fun. The mode also supports local co-op but sadly, no online. Speaking of online, if you are in need of help, the SOS feature returns where you can hop into someones game and help them out and vice versa. I'm not sure if it's because there weren't that many people playing but I didn't get an SOS request while I played. 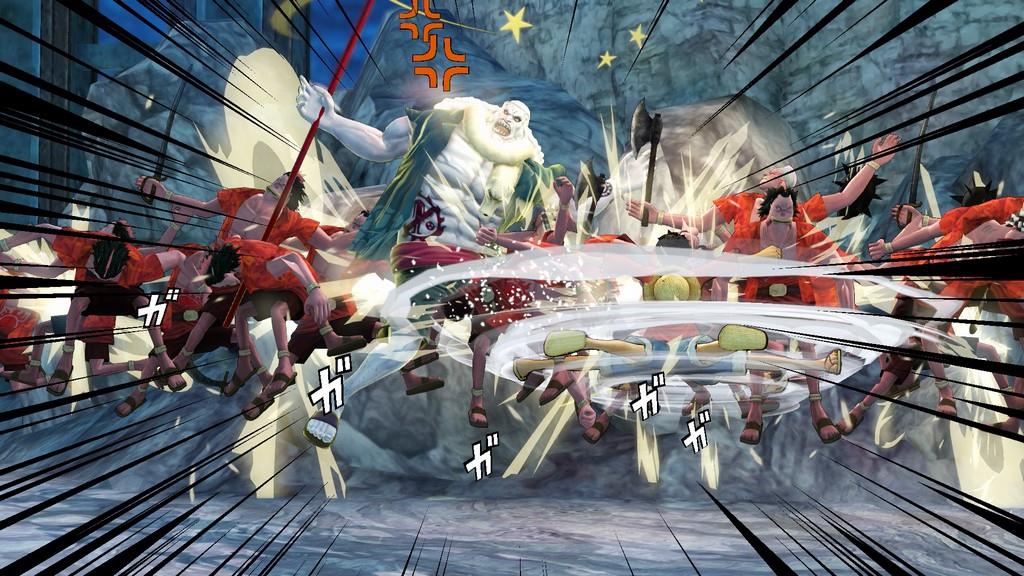 With how fun Pirate Warriors 3 is, it's still marred by some annoyances, and not just with this game but all Dynasty Warriors type games. Sometimes it's hard to understand whats going on or where you need to go. The map in the upper right hand corner can become a jumbled mess at times. The big problem is when you need to do multiple things at one time. You may get an alert saying that Zero is about to be defeated on one side of the map, but you are already on the other side because you need to take a base or defeat guards defending a base. When you level up enough, you become pretty powerful and can easily make your way through levels, but from my experience with this game and all Dynasty Warrior type games is that I will usually fail a mission because I cannot get somewhere fast enough. Throughout even level you will be pulled back and forth from each end of the map to either complete objectives or save allies. The fun gameplay makes up for it, but I wish we could get to the point where they try something new with these games because this seems to happen in everyone of these games. In the past two years I have played One Piece Pirate Warriors 2, 3, Hyrule Warriors and Warriors Orochi 3 and this happens in every single one of them. Either way, again these are more annoyances than anything. Once you figure out where objectives are going to pop up, you can get an idea of where you need to be on the map so you can quickly head over to where you need to go.

One Piece: Pirate Warriors 3 is more of the same but it's still incredibly fun at the same time. There is tons to do especially with the Dream Log game mode. If you are a huge fan of the franchise or even a fan of these types of beat em up, you should have tons of fun with it. It looks and plays great, is filled with storylines that fans should love and is a great game for fans of the franchise or fans of these style of beat em ups in general.

It's more of the same but that's not a bad thing as the gameplay is incredibly fast, frantic and fun. A great game on it's own but if you aren't a fan of Dynasty Warriors style beat em ups, this game might not do much to change your opinion on them.