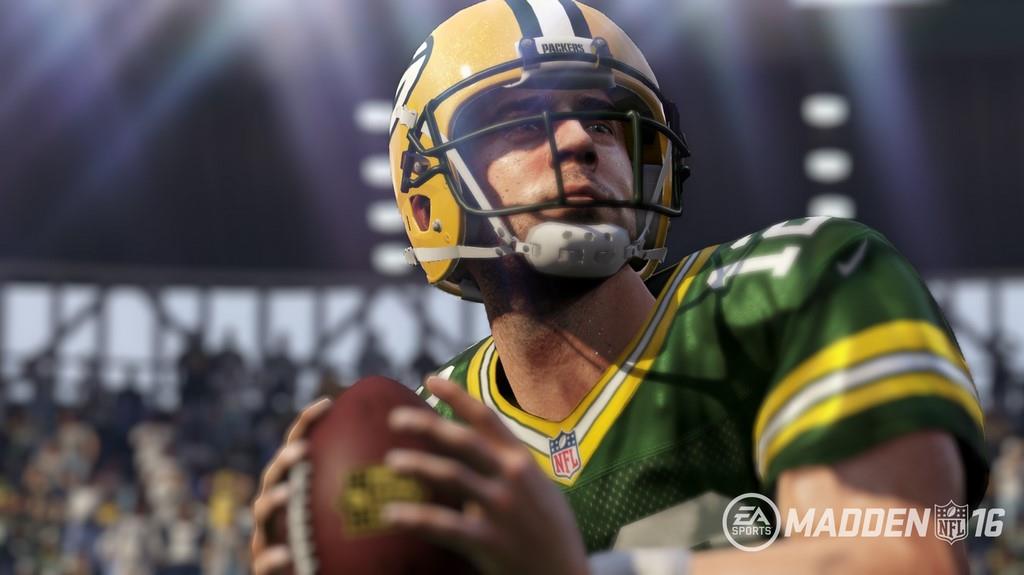 I don't know if there is a more praised and, simultaneously, criticized franchise in the world of gaming than Madden NFL Football. American football fans wait every year for their sport to return from a seven-month hiatus, not just for the regular season to start again, but for the launch of yet another title in the franchise owned by EA Sports. The next-gen versions have been rather up and down, with the fanbase decidedly split on how to view the titles since Madden 25 was released upon launch for the Xbox One. Tiburon has listened, though, and has come out with one of the most complete titles in the long-running franchise with Madden 16.

Wasting no time, we'll jump into the meat and potatoes of the game and the most important question: How well does the game play? Well, it plays pretty well. Controlling players feels more natural than it ever has, though movements seem just a tad slower than past titles. Running backs aren't taking the worst angles in history going off-tackle and will actually look for holes to run through. Players have far more control over body movement, so tapping the right bumper when hitting the line means the running back will almost go sideways to fit through a smaller hole when necessary. This sums up a lot of the newest additions to the gameplay: Little things add up and turn into huge changes, and there is no better example than the overhaul the passing game has received.

In past versions, quarterbacks essentially had just a couple of options: Lob the ball or throw it as hard as you can. Now, added controls have provided an entirely new level of customization to take the passing game to the next level. Adding touch or firing rockets is fully in control by the user, not just by the power given on the button, but by throwing a ball low or high when using the left bumper. When these changes are paired up, a player can truly feel like he or she has full control over the game and is able to hit receivers in ways the game simply wouldn't allow in past versions. Receivers have gotten some attention as well, including the ability go to RAC or aggressive catches, depending on the situation. The aggressive catch option is extremely useful on deep balls in one-on-one coverage, though it takes some time to get used to the timing to snag the ball out of the air with a defender all over the player. I had a lot of success with the RAC catch as well, though timing on that is far more finicky than the aggressive catches. A RAC catch is exactly what it sounds like: It's meant to get a lot of yards after the initial catch, but timing is everything. Too early and the receiver will turn before the ball even gets into his hands. Too late, and it will result in a dropped catch almost every time. It's one of those commands that, when mastered, is absolutely lethal.

The offense received a ton of love in Madden 16, but the defense wasn't left out entirely in the cold. This game is now designed to punish offenses who make stupid mistakes. I cannot count how many times in previous versions a ball would be thrown directly to a defensive back and it will hit the hands of the player—and fall to the ground. Whoever the commentator is for the year will say something cliche like, "Haha! That's why he plays defense!" and you just shake your head and move on. Those days are gone, because defensive backs are incredibly efficient at intercepting bad throws. Granted, they aren't perfect, but the success rate for DBs picking off passes has dramatically increased. Also, the modifications will allow a player locked onto a defensive back to either play the player and try to time the break up or to go for the pick. Picking wrong, however, is almost always disastrous in the form of penalties or getting burned for a touchdown. 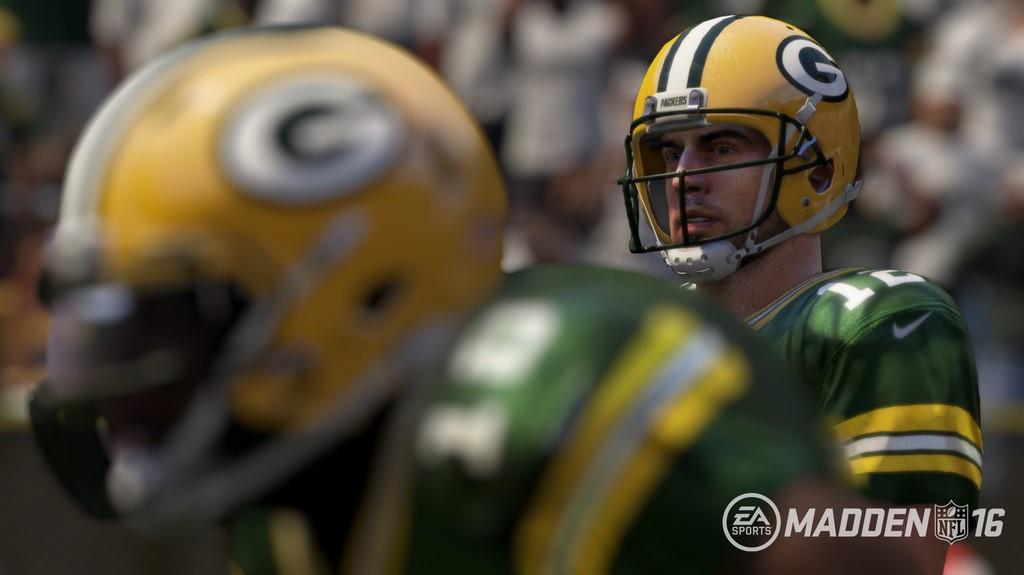 Moving away from the gameplay, let's focus on the game modes being offered. The career mode hasn't changed much, unless you do some digging. Players will still have the option to select a player, coach, or owner, and most of the options inside of these modes have not changed one bit. I'm quite disappointed that the customization for relocating a team and picking a new stadium has yet to change, because it's in desperate need of a face lift. The stadiums in general are good to look at, but we've seen these same stadiums and team choices for the past few years. Let's stop acting like fans of the game haven't noticed this. Also, it is inexcusable to not allow players to have free reign over picking colors and designs of new uniforms when relocating a team. Giving players three relatively generic uniform combinations is pretty poor, and most of the designs are forgettable. How about meeting players in the middle and giving a few nickname options and color schemes, but letting the player have total control on what the uniform and helmet will look like? Simple solution, and probably wouldn't take long to change up. Another issue with career mode comes into play when a player decides he's going the superstar route and creates himself. Tiburon, I cannot stress to you enough that the generic faces/heads are downright awful. They look like bad claymation models and, not to pile on here, but the faces, when put onto the bodies, almost look like big-head mode from NBA Jam. A simple fix to this is to allow EA Sports GameFace back into the mix. There are no good excuse as to why it's 2015, we're in a completely new generation, on the third title since launch, and we still have this problem.

Now, career mode is still fun, even with these issues. The game has almost taken on a bit of a role-playing game feel with the experience points getting a revamp, and it isn't just for superstar mode. Owner and Coach mode will allow players to bulk up their players based upon their performances. This doesn't just happen in between games, either. Achievements in the middle of a game will provide a bonus experience points boost, a confidence boost, and overall rating boost. The alerts will pop up at the beginning of each new possession and tell you exactly what needs to happen in order to earn the bonuses. This is a great feature, and I found myself utilizing it on a regular basis because it not only built up my players, but it also kept me in balance with my offensive and defensive calls. 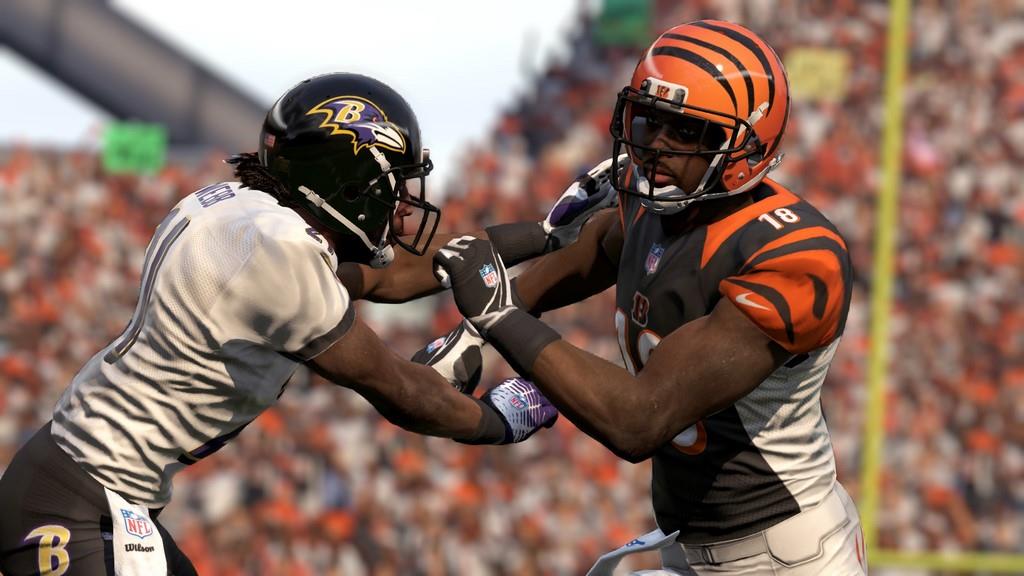 One of the new modes this year is a clever online mode called Draft Champions. The skinny on this mode is this: A player is given a team of average players, usually in the 70-75 overall rating range. It consists of a lot of backups and journeymen, generally, but you're given the task of building up the team in a 15-round draft where all the superstars are available. Basically, you have to find a way to fill every hole possible and build a strong team off of the draft. It's challenging because you simply can't control what players are going to become available and, eventually, you may run out of choices and get stuck with a player who just isn't good at a certain position. Learning how to maximize the draft and exploit your opponents weaknesses because they couldn't fill the hole makes the mode a ton of fun and different every time, since you're re-drafting and having to build the team from the ground up.

Connected Franchise is back as well, and very little has changed. All of the features of career mode are included, as listed above, when talking about the mode of play. But it's important to note that a player should not do a connected franchise unless they actually plan on playing with others. If your internet cuts out on you and you decided to do a single-player career and saved it as a connected franchise, you will not be able to access that franchise, so, be careful how you're entering these modes and saving them. 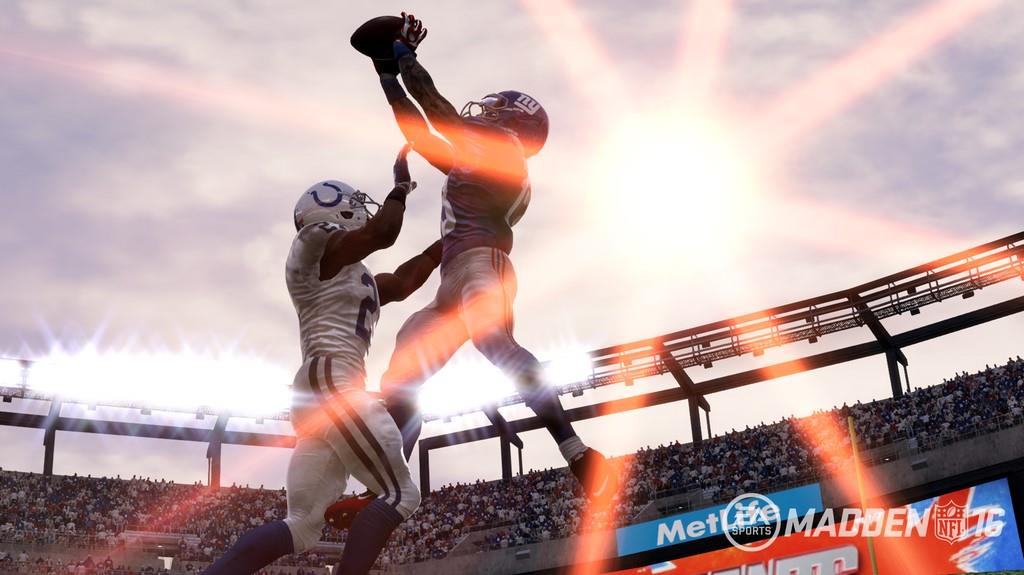 Madden Ultimate Team, which is arguably the most popular online mode, is back yet again, and has received a little facelift. There are plenty of chances for players to pick up bonus cards, including free bonus packs in order to build up a roster rather quickly. Finding those rare cards, however, is going to take some time (as it should), so having patience is key with MUT. The downside to these online modes, however, is that connecting with players seems to be a major pain. My connection to the internet was good, but it was almost like experiencing the issues I had last year with Halo: The Master Chief Collection and matchmaking just not able to find anyone, yet thousands of players would be online. Eventually I found some matches, so whether it's the matchmaking that's having issues, or EA still experiencing problems with their servers, will probably be revealed in due time. Either way, once connected with a player, getting a match in was not much of an issue. I never had an unexpected disconnection, and that means a lot when it comes to online sports titles.

Overall, this year's Madden just feels more like a complete product. The gameplay has definitely improved, and, while it isn't perfect, is a big step in the right direction to get away from complacency. The career mode still needs some new features and changes to the options that have been available for a few years now, but it's still fun to be able to control so many aspects of the game in one mode. Bottom line is that Madden is quite a fun football game and won't get old fast, especially if you're into online gaming.

A revamped gameplay system allows players to take more control than ever, making Madden 16 feel like a polished product. Career mode still has some holes in it simply because of stale options, but the game truly shines online. Overall, a great experience and one to build off of for the future.