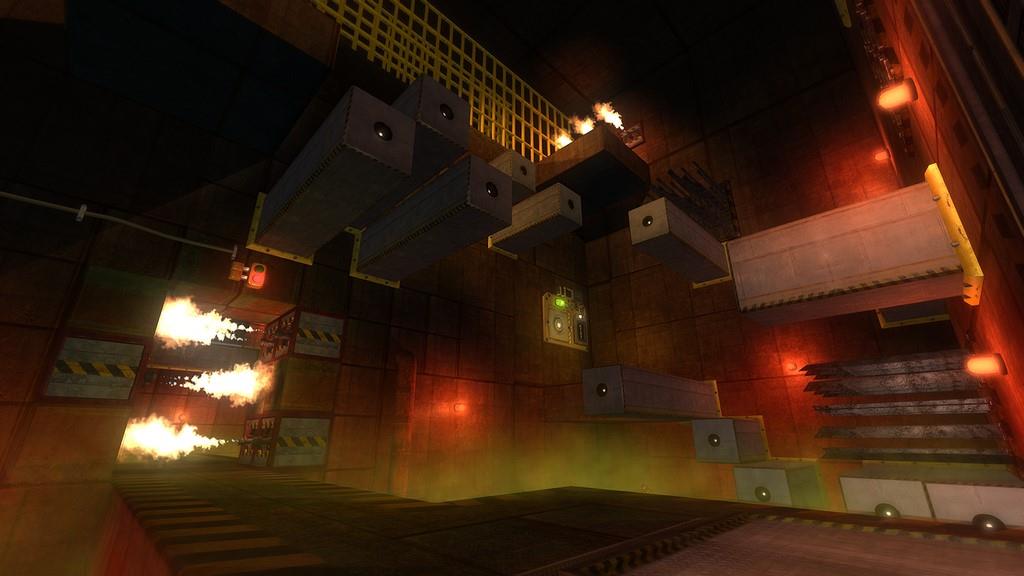 Written by Nathan Carter on 9/23/2015 for XBO
More On: Magnetic Cage Closed

Ahh puzzle games, both fun and infuriating at the same time. When they are fun, you get a great sense of accomplishment after finishing each stage, and then sometimes you think you are the dumbest person in the world when you can't figure something out. Either way, I find them to be fun and while Magnetic isn't a bad game, it's not an amazing memorable one either.

It's hard to review a game like this without bringing up the obvious comparisons to Portal. You are a mute female character having to complete puzzles in some kind of test chamber all while a voice over the loudspeaker taunts you. You are also a prisoner that is on death row and you have a chance at freedom, if you complete all of these test chambers that the warden has set up for you. Of course they have to be taunting you the entire time by constantly telling you that they will be surprised if you survive, that a child could complete this task, basically making you feel like an idiot. If you are going to take inspiration from another game, at least they picked a great one.

Magnetic Cage Closed however doesn't use gravity, but magnets like the name would imply. Your main gadget is your magnet gun which you use to complete each level. One interesting thing that I like about this game is that there are not only different sized blocks you have to move around, but you can change between low and high power on your gun. Larger blocks will need more power to push or pull and little blocks can be flung around when the gun is on high power as well. Of course the object of each level is to escape. To do this, you need to use the magnetic gun to move blocks on a switch which opens the door to the exit and to the next area. Easier said than done because this includes using the block to activate switches, which set up stairs, which gets you to a higher area. Or you may have to throw the block at a wall to make a new floor appear.

Unfortunately, the point where the game fails is when you are required to either throw the blocks with the magnetic gun or jump using the magnetic gun. There are some ares on the floor where you can use the gun to give launch yourself in the air and there are points where you can pull yourself using the gun as well. The jumping is iffy at best and these are usually going to be the parts you will have to replay again and again to the point of frustration. Combine this with switches on the wall where you are required to throw the block and it can become incredible frustrating. I know games like this are supposed to be frustrating, but the problem is that with a game like this, the iffy controls get in the way. Now, of course you would expect these types of games to get more challenging as you proceed through the game, and it does, but be forewarned that this means that tons of death traps are going to be thrown your way. The floor is covered with chlorine gas? Yup, one wrong move and you have to start the level all over again, and some of these levels can take a while to finish. For me, this is frustration, but others might consider it a challenge, so all I can do is give you a warning that you are probably going to be replaying some of the levels, a lot. 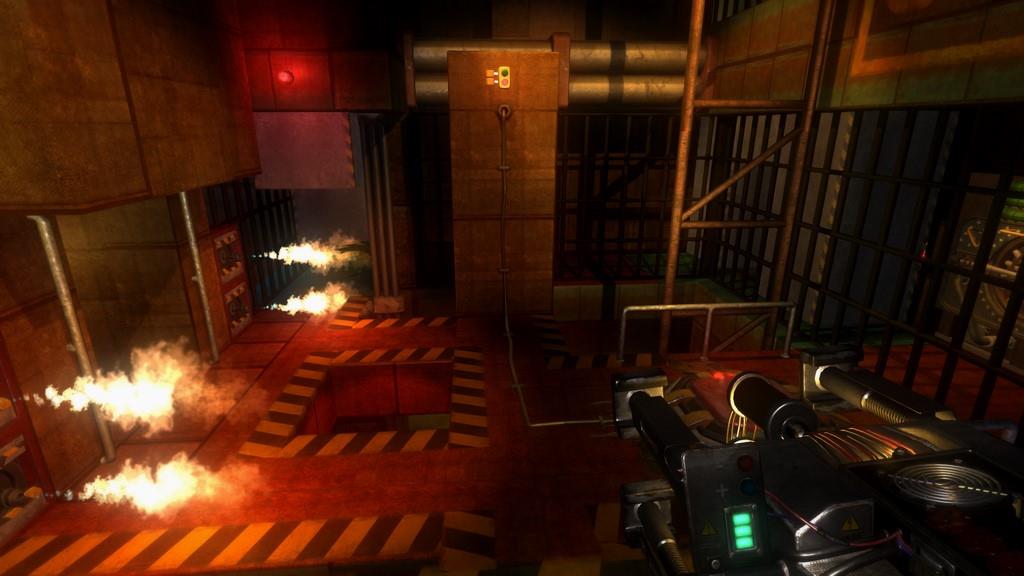 The game also includes a time trials mode where you can complete any stage again and try for the fastest time. Time trials for these kinds of games aren't really my thing, usually because It would take me five minutes to complete a course where there are people out there that can do it in 10 seconds, but it's nice that it was included for people who want to keep playing. With all that being said, at least the game is functional. Even with all those problems, is it a good game? In my opinion, it's in the middle. It's not a terrible game, but it's not amazing either. It's just average, but for what it is,

If you are the type of person that enjoys these types of puzzlers, then you should get some enjoyment out of it since I believe, and don't quote me, that this is one of, if not the only puzzler of this style on the Xbox One right now and you'll probably get some enjoyment out of it. Just be sure you also have tons of patience as well and realize that you may have to replay some of the puzzles over and over again as you get farther into the game. Bottom line, Magnetic: Cage Closed isn't terrible, but it isn't amazing, it's good and there is enjoyment to be had, depending of course on your willingness to move forward in the face of annoying restarts.

Magnetic: Cage Closed isn't an amazing game but it isn't terrible either. It's a decent puzzler which fans of the genre should enjoy and is a good puzzler for the Xbox One. If you love these types of games, I would say go for it, but for those who aren't, it's nothing really that you need to check out.