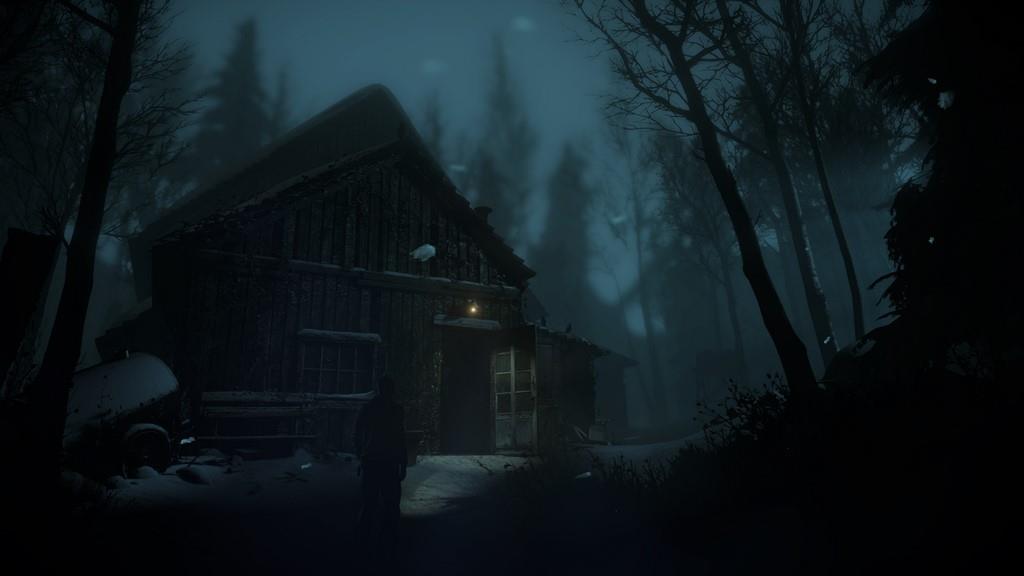 If you're not a fan of quick-time-event-driven games with an emphasis on plot over action (like Beyond: Two Souls and Heavy Rain), then stop reading this right now and go check out another review. Until Dawn is not for you. If you are a fan of that genre of games, then keep reading. Until Dark is an interesting piece of interactive fiction that does a few new things.

On a remote mountain villa, a group of teenagers gets together to discuss macroeconomics, Voltaire, and read poetry. Who am I kidding, they are there to answer the question of "Tastes Great" vs. "Less Filling," and to have a little carnal fun. Unfortunately, the group decides to play a prank on Hannah, forcing her to run into the woods. Her twin sister chases after her, and while out in the woods they are chased off a cliff by a mysterious stranger, the twins falling to their deaths.

A year later, the brother of the twins gets everyone back together to have another party in memory of the twins. For some reason this sounds like a great idea to the teens, as surely there's no better way to mourn dead friends than to go back to the scene of the crime to spend some quality time with the brother of the dead sisters. Maybe that's something you do in the city at a restaurant, but certainly not something you should be doing at a remote mountain cabin that's only accessible by one trolley car.

Until Dawn spends the first hour or so getting everything set up. While there are important decisions that you will have to make during the first hour, the pacing is dreadfully slow. Once you get to Until Dark's second hour, the pace starts to pick up and things get interesting. The characters begin to interact more and discover that they must now deal with the decision of having pranked Hannah and her sister.

If you've ever watched a horror movie, you've seen the eight characters in this game. They are updated versions of the teenage tropes that Freddy and Jason have been slicing and dicing for decades. The characters do evolve, but in a game where you control who lives and dies, some of them are so unlikable that it's easy allowing them to die early.

The game is broken into 10 chapters with a short prologue that serves as an introduction to the game. Each chapter takes about 45 minutes to an hour to complete, based on how you play them. My initial run through took just under 10 hours to complete, but I could tell there were a few areas that I'd missed while playing that might have extended things a bit. Each chapter starts with a recap of what's happened so far, just in case you missed something. 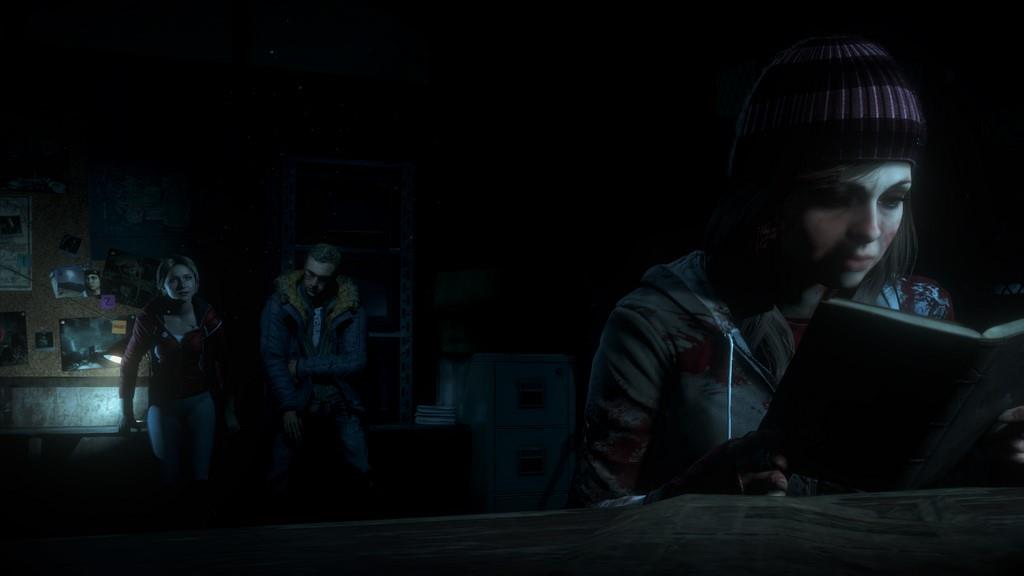 If that doesn't sounds like a lot of time for a $60 game, that's because the big hook of the game is the replayability. The "Butterfly Effect" of each decision can have massive impacts down the road, and as you make decisions it will impact character growth. The big, dumb jock, Mike, can actually turn out to be an OK guy by the end, or he can still be a big, dumb jock. You will play each of the characters, so you will have the opportunity to alter how each of the eight characters turns out.

Each playthrough will force you to make a hundred or so choices. Some of these are obvious decisions—where you pick between two choices—while others are based on if you pass or fail a quick time event. There are even a few situations where discovering something, or not acting on a situation, can determine which path you go down. The system is fairly solid, but it does feel a bit clunky at times when your decisions are clearly routing you one way or another.

You must think before you decide, though, as once you make a decision there is no going back to change it. There is no player-accessible save system, so once you make a decision you are stuck with it until you finish the game and want to play through again. I wasn't super fond of this. I made a few decisions that I instantly regretted and couldn't go back to change. Once you are done with the game, you can go back and pick up with an individual chapter. 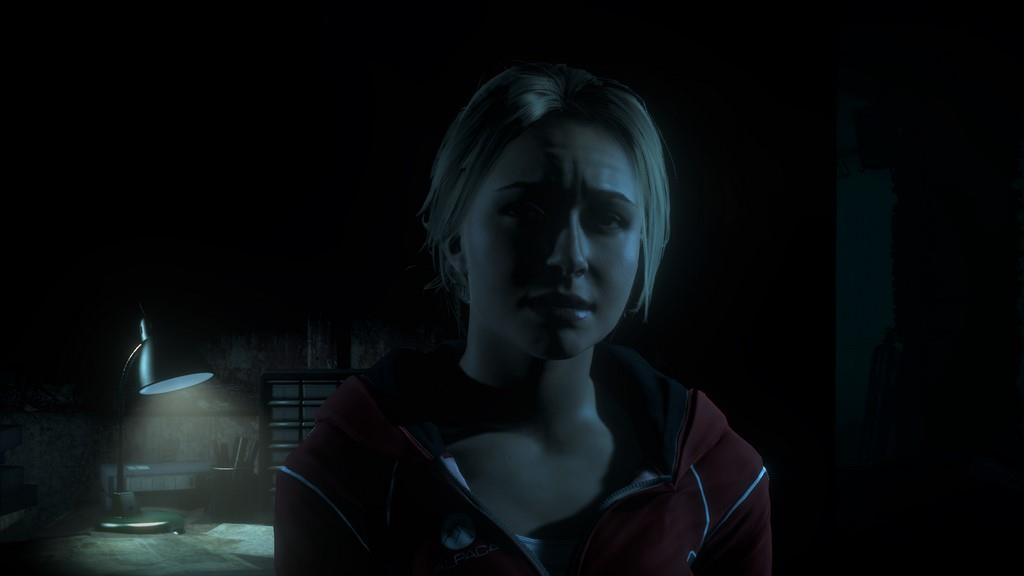 You can review the major decisions you make via a page in the menu. Not only are the decisions listed, but the impact of those decisions is also described once you play through it. Your decisions will also affect your characters' values and their relationships with others, which is also tracked on a separate screen.

I have to admit that I was occasionally surprised by how the game reacted to my decisions. Thanks to a few years of Catholic school, and being raised in a military household, I tend to go the paragon route in these kinds of games. But there were a few times when the game didn't go the way I thought it would.

What impressed me most about Until Dawn was the production value. The music and voice acting is top notch, and the game's introduction feels like something you would see in front of a feature film or top-end HBO serial. The soundtrack is especially good and ties in perfectly.

Also outstanding is the camera positioning. Until Dawn clearly picks up its camera angles from horror movies where you are given the perspective of the killer. The camera is constantly framing the characters in a way that helps ratchet up the tension. There are also a few fantastic tracking shots where the team at Supermassive actually does some things that are fairly innovative for the genre. This is good, as the game's visuals are mostly outstanding. 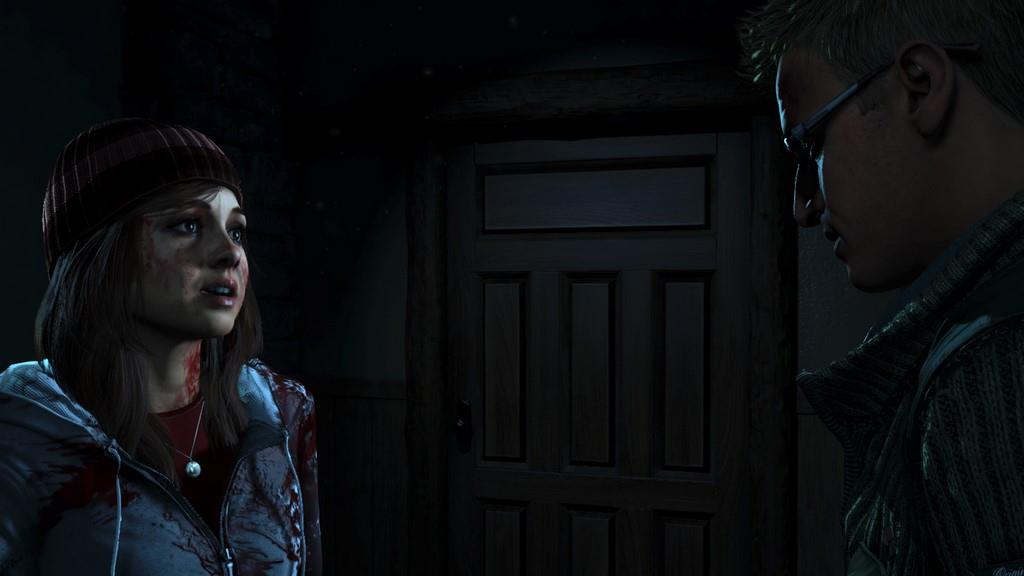 While these are great, the camera also occasionally masks areas that are accessible to the player. Hidden areas are nothing new to video games, but the camera in Until Dawn sometimes obscures areas that you wouldn't know existed if you didn't accidentally stumble into that part of the screen.

Also a bit problematic are the controls for the characters. They are a bit on the tankish side. This is probably due to the game supporting motion controls (which I did not test out). Getting the characters to move in the right direction occasionally took a bit of time, and the situation was occasionally made worse when they would get caught up by something in the environment. Each character also carried some kind of light source which you control with the right thumbstick. While great in theory, this occasionally led to odd situations where the character was moving in one direction but the light pointed in another.

The other big draw to Until Dawn is the cast of actors that Supermassive and Sony put together. This includes Hayden Panettiere, Brett Dalton (Agent Ward on Agents of SHIELD), Rami Malek (Mr. Robot), and Peter Stormare (too many to list). The cast is solid, but the performances by Rami Malek and Peter Stormare are sublime. Rami really nails the brother who is missing his sisters, and Stormare is perfect in a role that I can't tell you without spoiling part of the game.

There are times when I questioned whether or not I really liked Until Dawn. Then the end came and everything worked out pretty well. There are a few big twists, some of them you will see coming from miles away, and a few that you won't. But I did mostly enjoy my time with the game. I don't necessarily know when I'm going to go back and play again, but I am interested to check out a few of the other twists. I have a hard time justifying the $60 cost to anyone but fans of this kind of game.

If you like this genre, then Until Dawn is worth checking out for its outstanding production values and its solid, but somewhat predictable, writing.