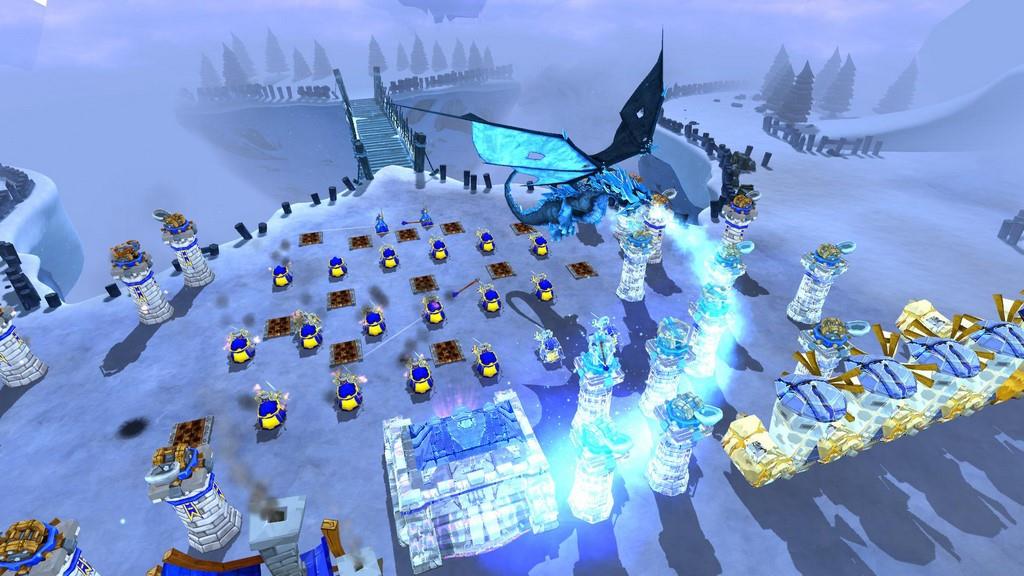 Tower defense games are extremely popular on mobile platforms and have been for many, many years. The touch interface of these devices works perfectly with the genre thanks to its simplicity and how easy it is to select and deploy units as well as moving around the levels. Unfortunately, that simplicity is lost when translating a tower defense experience to a console setting with a standard controller. Developers are still trying though, such as Neptune Interactive and their recently released The Castle Game on the PS4.

The story of the game might as well be non-existent. An evil Lord has decided to target your castle with nothing but destruction on his mind. It is up to the player to build up the defense around the castle using a variety of troops and structures in order to fend off his merciless attacks. It’s simple, straight forward, and simply serves to offer a backdrop for the action that will ensue after you begin the game.

Things play out exactly as you would expect with a tower defense game. You have a limited amount of funds, with which you will use to summon buildings and troops to fight off the enemy. As you take down the enemy waves, you will earn more money that you can use to build things up further. You’ll be summoning towers with archers, guardcamps with knights, deploying different traps and bombs, and even deploying recruited militia troops from the peasantry of your kingdom. As you progress through the game, you’ll earn gems that you can use to strengthen up your various troops as well as additional abilities (elemental pwoers) that can aid you in your war.

There are only certain areas of the map where you can place troops, so don’t plan on just dropping them wherever you like. You have to take the time to learn the “lay of the land” and figure out what works the best where. That is a learning process though which will only come with experience as your enemies will attack you from a variety of directions. The enemy troops will enter the maps from multiple points around the edge and they never follow the exact same path. They will adapt to your tower placement and change their course depending on how you choose to deploy your troops. 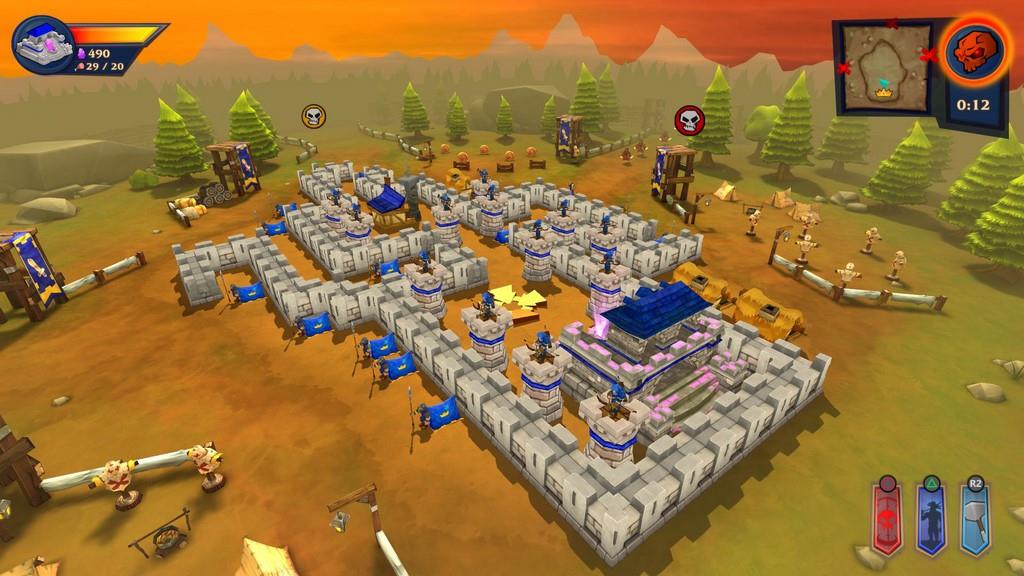 The entire experience isn’t as straight forward as just killing monsters and choosing troops though; there is a bit of resource management included in the game as well. Your castle can only supply a certain number of troops depending on the farms and armories that you have on hand to produce them. As a result you’re going to have to construct these more of these buildings in order to boost the size of your arsenal. Since these are buildings and resources that we’re talking about, they become targets of the enemy troops as well. This means that the more that you deploy, the more that you will have to protect. As a result, there is a cost to building up your defenses beyond the simple dollar value associated with deploying troops.

Your missions will be varied as your progress too, keeping things from getting too monotonous. The different levels and missions will be altered from stage to stage and have doing more than just protecting your castle. There are a variety of win conditions given along the way, requiring you to do things such as utilize a certain type of troop perhaps as well as tasking you with escort missions of supplies or important peasantry. The variation goes a long to force the player to learn the ins and outs of each individual troop and weapon, as you will need to use them in a variety of ways throughout the game. 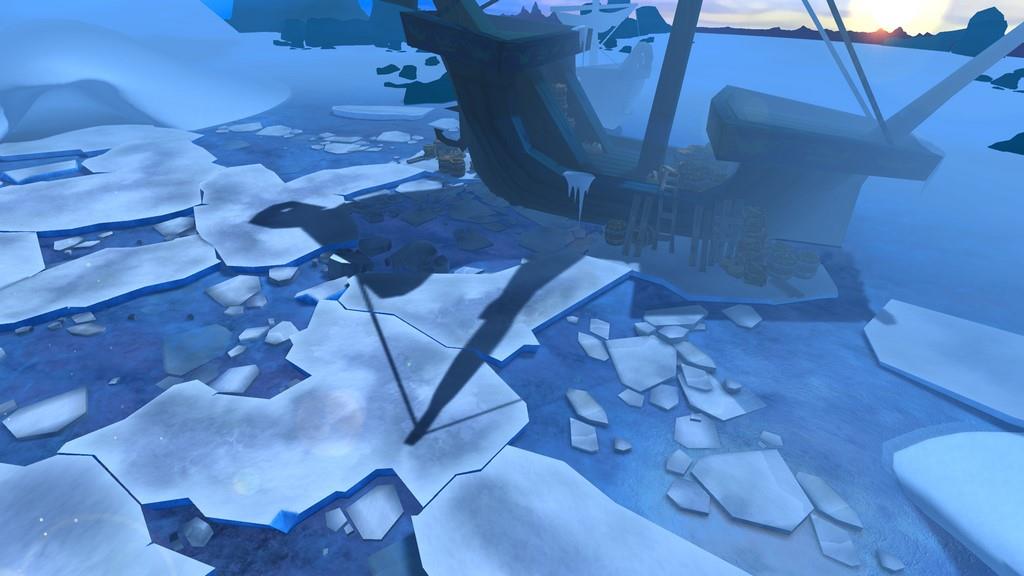 As I said earlier, the biggest challenge in crafting a console based tower defense has to do with both the interface and control schemes. Neptune Interactive doesn’t seem to have any issues with either of these. The Castle Game is a very good representation of how the genre should be adapted to both the bigger screen and the controller-based setup. While the maps may lack in their variation and detail, they can get rather large. It is incredibly easy to fly around the battlefield and approach things from any angle thanks to an incredibly responsive camera that is controlled by the right analog stick.

While there are a lot of functions mapped to this one stick (pan, level, zoom), it handles incredibly smoothly and responds with a perfect level sensitivity. You can swing it around and position it from any angle that you desire, allowing you to customize your view of the battlefield in any manner that you like. Troops and buildings are selected through a branching list that you can navigate easily using the controller’s directional pad. The layout of your options has a very good flow to it, allowing you to get through the various choices quickly.

The Castle Game’s biggest flaw is that it plays too conservatively with the tower defense formula. All of these mechanics and gameplay systems create am excellent great foundation for a great tower defense experience. The problem is that there is nothing done to take things beyond this standard, albeit solid, experience. Everything that it does, it does well, but the game doesn’t take any risks. All of the troops fall in line with what you would expect in the genre, as do the enemies, and the gameplay never tries anything risky or new. That doesn’t make it a bad game, but it also keeps it from being anything “special” too.

If you’re a fan of the tower defense genre, this is a good example of how it should be done on the console level. The Castle Game proves that there is a place for tower defense games on your living room television, however it seems content with being that proof and nothing more. Neptune Interactive has constructed a solid foundation with the core of this experience, now let’s see them build something special on top of it. The fantastic controls and interface should set the stage for great things in the future, but unfortunately what’s here in the end leaves a bit to be desired.

A solid tower defense experience on the console, The Castle Game plays things safe from start to finish. There is a solid foundation here, which offers an enjoyable experience, but it really doesn’t do anything to make itself stand out or try anything new.