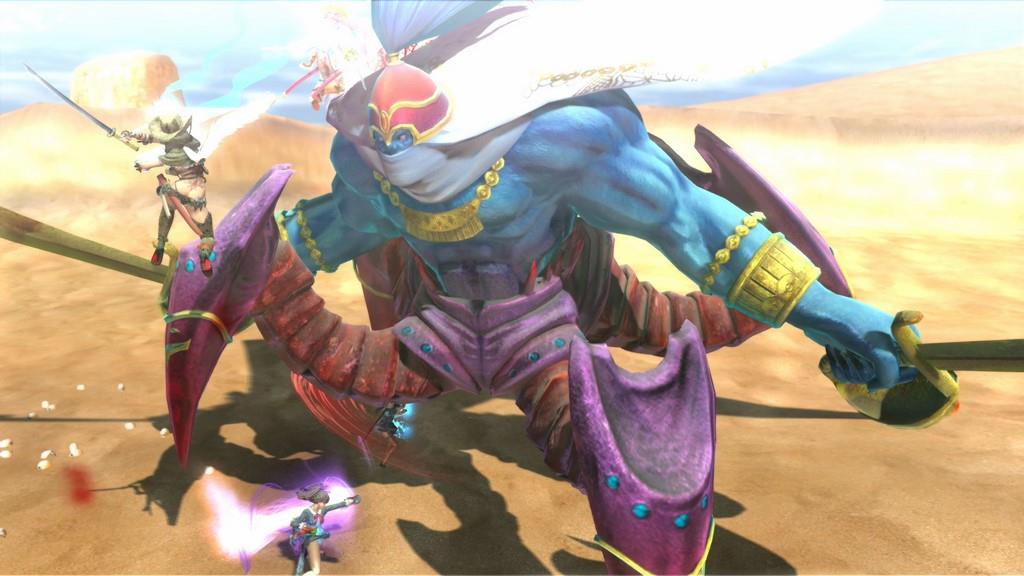 Zombies! They’re still pretty cool, right? Seeing shambling hordes slowly meandering towards their deaths and the hand of bikini-clad supernatural fighters can only mean it’s time for more Onechanbara! Onechanbara Z2: Chaos is now available for the PlayStation 4. It’s been a console generation since the last Onechanbara game was released in the West, and the first time the series has appeared on a Sony console over here. So what has happened since Aya and Saki last plowed through the zombie hoards? Not a whole lot, which can mean both good and bad for this flashy action title. Though, honestly, what could be expected of a series that started out as a Simple 2000 series game on the PS2?

Onechanbara’s claim to fame is Aya’s choice of fashion, which means you’re going to have some awkward conversations with your loved ones about why you own this game. Aya and her sister, Saki, are members of the Baneful Blood Clan, and live a cursed life to fight against the Vampiric Clan. This time around, though, they’re joined with two members of Vampiric Clan, Kagura and Saaya, and, of course, the sparks are flying. The four are working for the Zombie Punitive Force, and have a global trek ahead of them as they struggle against a masked figure and the person controlling her from behind the scenes. It’s not the deepest story, but the Onechanbara games are not really known for their literary depth. The overall campaign doesn’t run terribly long, and the game can be completed in as few as eight hours. There’s a decent amount of stuff to unlock upon game completion, though, including a ton of costume content and new weapons and gear.

Hack and slash is the name of the game in Onechanbara, similar in many ways to titles like Devil May Cry and God of War. You’ll mow through tons of weakling enemies in between larger enemies and the occasional boss. Combos are a big part of the game, and having four characters at your disposal means that you have plenty of potential for pulling off massive combos. The end goal is to score as much as possible in each locked area in order to achieve the highest ranks, which nets you orbs that can be spent to unlock new skills and weapons. You can easily swap between characters and chain attacks between characters to build combos. It’s also possible to call in the entire cast at once to overwhelm your enemies, though this is a double-edged sword because your characters can be damaged, even when you’re not controlling them. There are items to help increase your strength or restore your health, but in the heat of battle, it’s easy to get overwhelmed.

Each character has a distinct style. Aya is all about cleaving down opponents with her trusty katana and throwing knives. Kagura uses a two-sword style attack to overwhelm foes; she also has a pair of chain blades that can suck enemies into a vortex-like attack. Saki pounds enemies with her fists, but can use a sword when the time is right. Saaya is a powerhouse, and wields a massive chainsaw, along with a ball and chain, giving her a ton of power. As each girl attacks, their blade can become dulled with the blood of their enemies, reducing their attack power until the weapon is cleaned. Getting bloodied in battle can also be helpful, as this allows the girls to go into their Xtasy mode which gives them increased damage and speed. 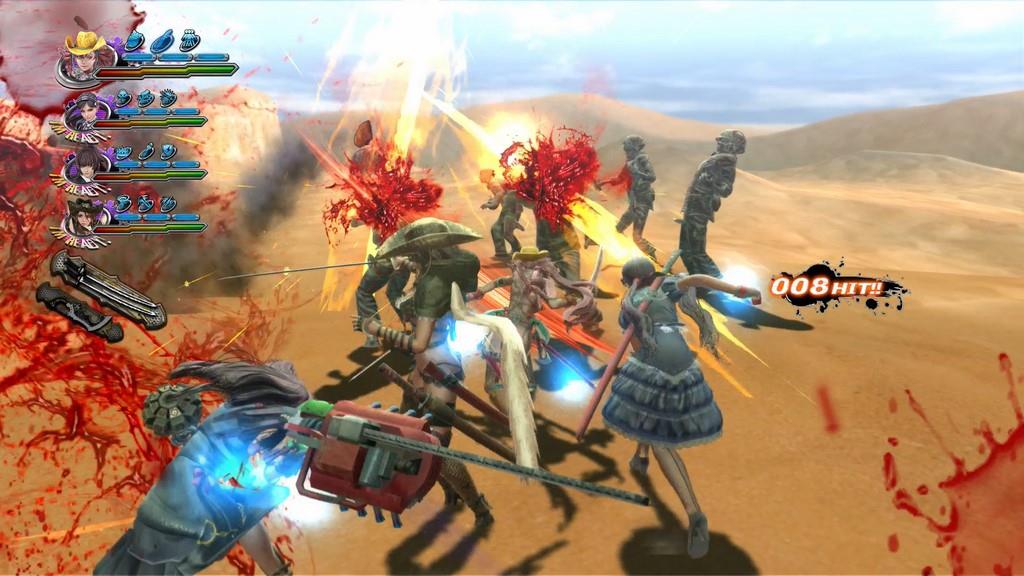 Visually this game is pretty budget, outside of the models of the main characters. The locales are pretty simplistic, and the monsters are made up of pretty low poly counts. This makes the game look uneven—rough at times, and decent at others. The audio of the game is a weird amalgam of generic pop-rock. There are English voice options as well for the first time in the series, although with how crass the writing is the English dub kind of feels like a waste.

Playing through Onechanbara Z2: Chaos got to be a chore at times, and a fun popcorn game at others. The combat is simple, but the ability to switch between characters adds a decent bit of variety to what can be a tired experience after a few chapters. It’s tough to feel like you’re making any kind of progress in terms of character growth since there’s no stats system. But if you’re interested in the series, you know what you’re getting into. For those out there looking for something more substantial, look elsewhere.

Onechanbara Z2: Chaos never really forgets where it came from. As a result, it's mired in some pretty simplisitic gameplay and storytelling. If you're a fan of the series, then it's worth checking out. Otherwise, you're better served by games like Devil May Cry.