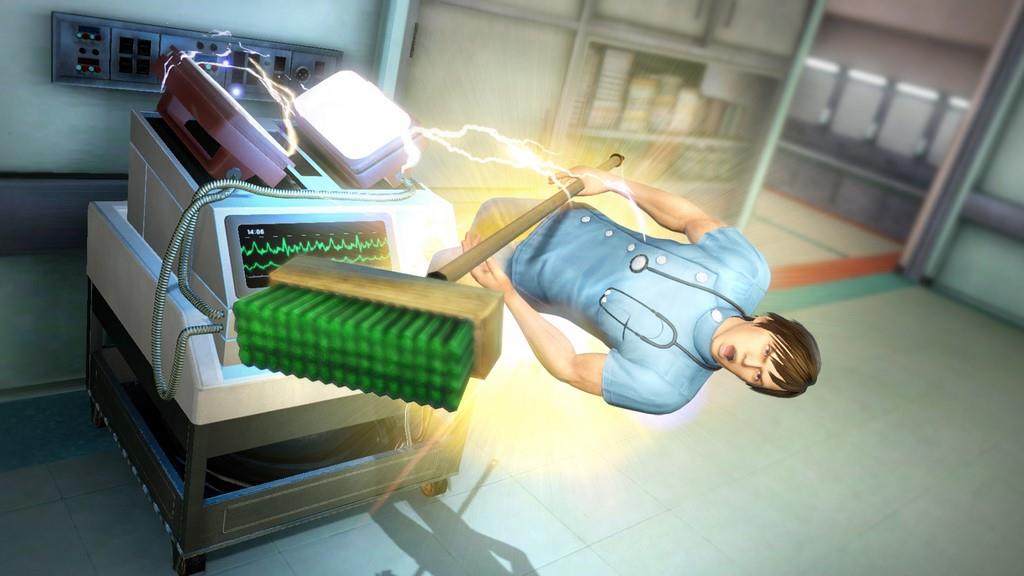 Written by Cyril Lachel on 7/29/2015 for PS4
More On: Deception IV: The Nightmare Princess

Sometimes it takes a few paragraphs to explain what makes a game fun. But that's not the case with Deception. The charm of this long-running franchise is simple. It mixes the best elements from Home Alone with the murderous glee of being a cold-blooded serial killer. It's a game about setting up traps and destroying your enemies in most violent (and humiliating) ways possible. And best of all, it never questions or second-guesses its own brutality; instead turning every encounter into an opportunity to go even more over-the-top.

Deception IV: The Nightmare Princess is an updated version of Blood Ties, a game that hit PlayStation 3 and PS Vita early last year. Now on the PlayStation 4, this enhanced port offers a ton of new content to explore, as well as improved graphics and frame rate. The result is a murderously fun action game full of silly kills and outlandish traps.

While the past iterations have tried to sell the series as an ultra-violent adventure game, The Nightmare Princess takes a decidedly different approach. Gone are the interconnected stages and soap opera stories. All this has been replaced with a 100 level quest mode that plays out more like a sadistic puzzle game than a role-playing game.

You take control of Velguirie, a new character who just so happens to be the second daughter of the devil. Much like past Deception games, there are a dizzying amount of warriors and fighters looking to defeat our, um, "hero." It all comes to a head in a series of short arena battles that see Velguirie arming and setting off dozens of unique traps. If she can defeat all comers, she'll move on to the next stage and try her luck at the next sucker brave enough to battle the devil's daughter. 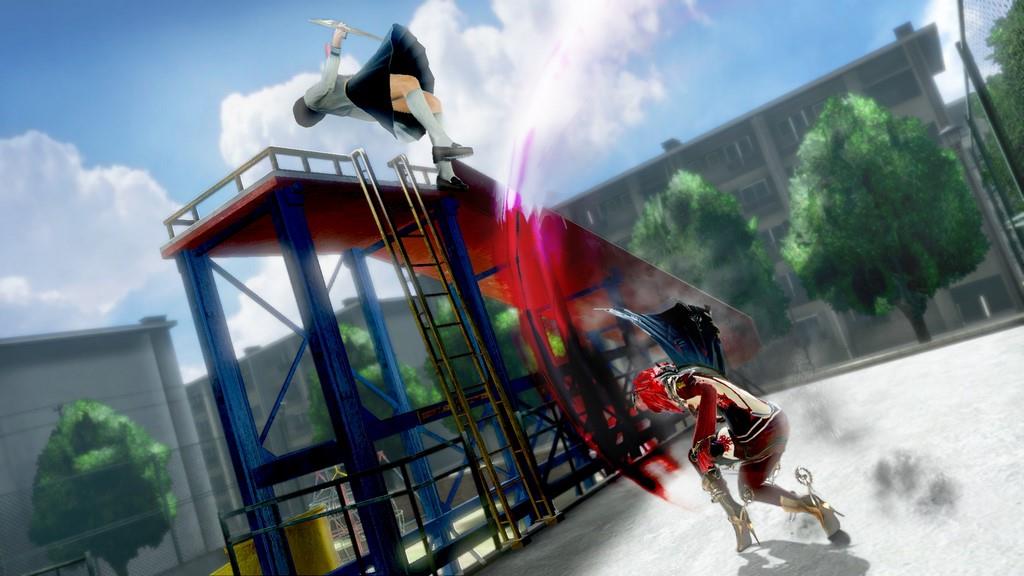 Much like her sister, Velguirie is able to set up these traps at the push of a button. We're able to freeze the action and bring up an overhead grid at any time, allowing players to set, move and adjust traps unimpeded. The idea is to link the traps together in the deadliest Rube Goldberg contraption since Final Destination. With the proper placement and timing, you can capture an enemy with the bear trap, send him flying with a giant mallet and then drop a boulder just to finish the job.

This is just the beginning of what you can do in Deception IV. Velguirie will be able to use a pumpkin mask, swinging blade, fireballs, wall spikes, iron rake, balance beam, claw, vase and more to defeat her enemies. While many of her weapons are dark and deadly, some are built to humiliate the hunters. It's always fun watching these blood-thirsty warriors take a birthday cake to the face.

Beyond the traps she sets, Velguirie can also use each stage as a weapon. Every arena has a number of traps of its own, both big and small. Sometimes it's just a furnace on the wall, while another stage will rain deadly spikes down on the enemies below. But don't get too cocky with your power, because Velguirie will also take damage if she gets smacked with a swinging blade or falling spikes. 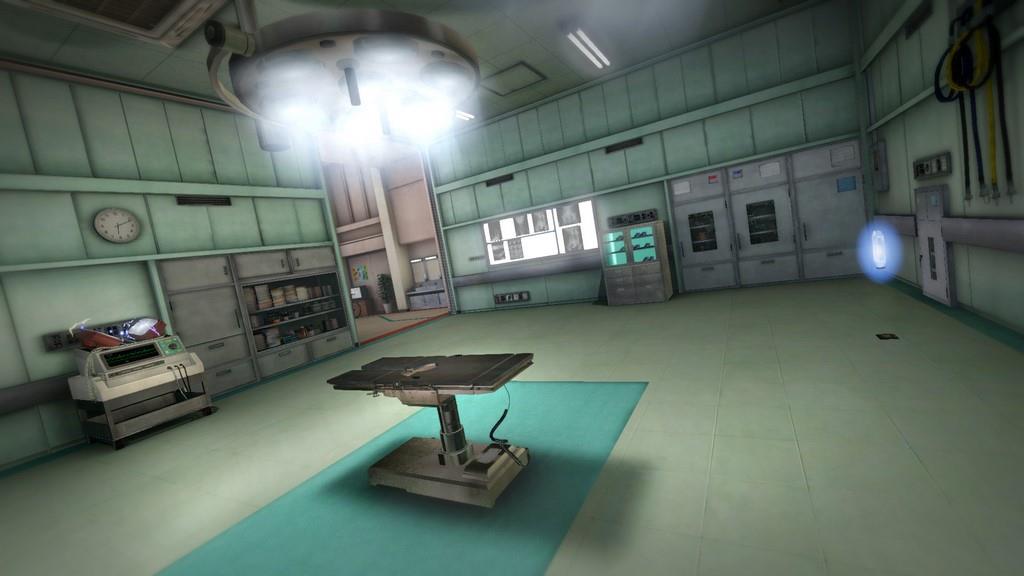 Although many of the 100 stages revolve around defeating the enemies, players will need to complete challenges in order to unlock new traps, abilities and paths. Sometimes it's as simple as performing a seven hit combo, while other tasks will demand you murder an opponent in a special way. Each level has three additional challenges to complete, and it's going to take you hours to earn every unlockable.

For those looking for a more traditional Deception experience, this PlayStation 4 release also comes with Blood Ties. This allows you to get to know Laegrinna, Velguirie's sister, who is tasked with saving her father by finding the Holy Verses. While I prefer The Nightmare Princess to the more conventional Blood Ties, both modes have their merits and are different enough to warrant two playthroughs.

Between these two different modes, there's a shocking amount of content in Deception IV. Unfortunately, there's so much content that its murderous charm will likely have worn off by the end of the game. Even with so many traps to choose from, The Nightmare Princess still suffers from repetition. Some traps are more effective than others, so you'll end up defaulting to a few standbys instead of experimenting with everything. The stage challenges offer incentive to mix things up, but it's not enough to keep the game from becoming stale after a while. 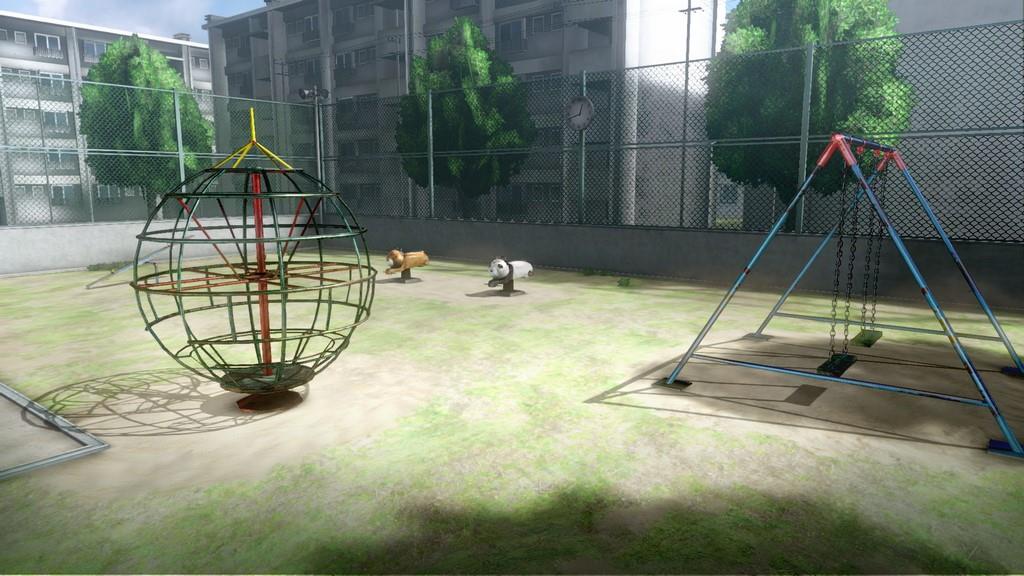 There are also a few technical problems that prevent Deception IV from reaching its full potential. Your biggest enemy is the camera, which can make keeping track of each trap more difficult than it should be. This is made worse in small arenas with close camera angels. There are too many times where I accidentally ran into a stage trap because I couldn't see where Velguirie was going. Throw in multiple enemies and the unruly camera perspective can be downright frustrating.

The game's roughness carries over to the visuals, which are far from the PlayStation 4 standard. Even on the PlayStation 3 and PS Vita, Deception IV was a bit unpolished. This update doubles the frame rate and improves the resolution, but it's still full of ugly textures and questionable character designs. It's also disappointing that there isn't more variety in the arenas. The Nightmare Princess does add a number of new locations, but there are also a lot of repeats from Blood Ties.

These complaints aren't enough to derail the game's devilishly addictive conceit. Deception IV: The Nightmare Princess offers a staggering amount of content with hours of murderous fun. The game's goofy sense of humor and over-the-top variety of traps helps make this PlayStation 4 update an easy recommendation.

Although rough around the edges, Deception IV: The Nightmare Princess gives players a chance to kill people in some of the most brutal ways possible. Fans of wanton violence and Rube Goldberg contraptions will have a bloody good time setting off traps. And with two full games to choose from, this PlayStation 4 port will keep sadistic murderers busy for dozens of hours.