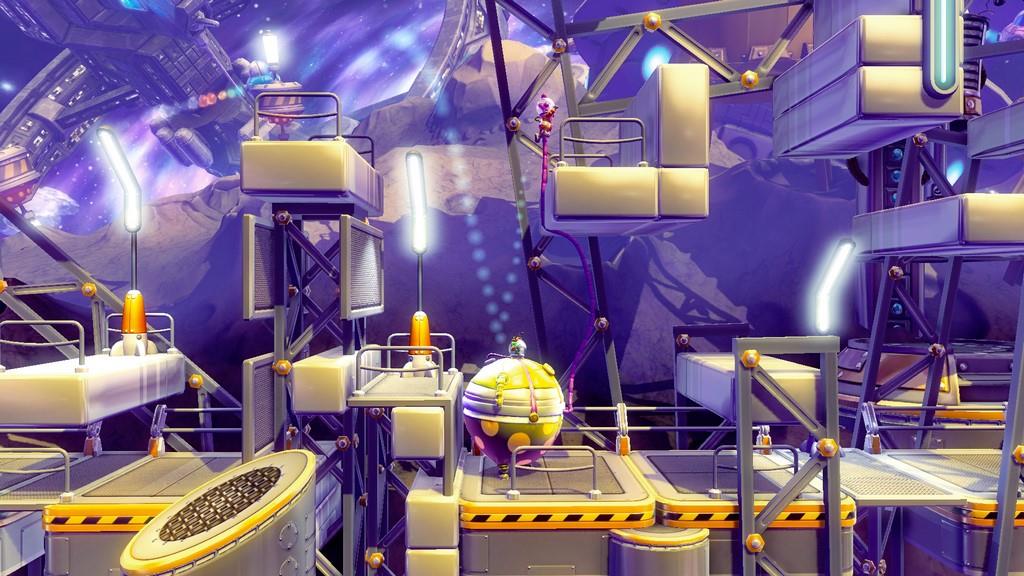 The Wii U hasn’t gotten a lot of third party support when it comes to big AAA releases, but it’s a different story with indie games. The Binding of Isaac Rebirth finally made it to Nintendo platforms and Shovel Knight is even getting his own Amiibo. Shiftlings is the latest in a long line of indie titles to grace Nintendo’s home console, courtesy of Rock Pocket Games and publisher Sierra.

Shiftlings is a puzzle game based on crude, absurdist humor. Two tiny alien janitors are unaware that they are contestants in a wildly popular gameshow called Shiftlings. These janitors are connected by a tether and must go everywhere together. Because these little guys drink way too much Black-Hola Cola they both have a flatulence problem, which tends to inflate their spacesuits. To traverse their puzzling environment and make it to the goal these aliens must take turns shrinking and expanding to make it past numerous obstacles.

It’s the kind of premise you’d see in a weekday afternoon cartoon show—mild potty humor that serves as the central gameplay gimmick. As far as puzzles go, however, it’s a deceptively simple idea that can lead to some real head-scratchers. The game starts off fairly straightforward, with basic tasks like scaling a 90 degree obstacle, but by the third level the challenge ramps up considerably. Soon you’ll be making your way up vertical sets of ledges and platforms, jumping off inclines and even bouncing the smaller Shiftling off the inflated one like a beach ball.

One of the primary mechanics is that the inflated partner can drag the smaller one around like a big excitable dog. This isn’t just useful for controlling both Shiftlings at once, but also factors into some devious puzzles. At certain points you’ll have to balance both aliens by hanging their tether over a central point of mass, like a traditional scale. Getting the weight and mass just right for these challenges is really tricky and led to some of the game’s most satisfying brain-teasers. Making it through the levels can be challenging enough, but nabbing the three secret cola bottles in each stage to unlock secret levels should be attempted by experts only. 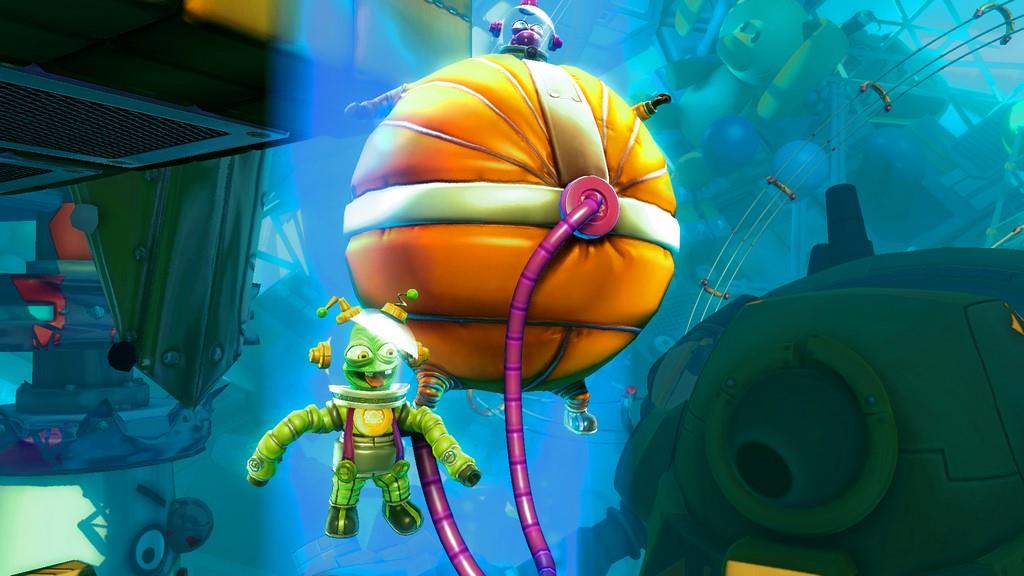 My issue with these trickier puzzles however is that the controls never really gelled for me. You use the face buttons to inflate, deflate and swap between Shiftlings, and the shoulder triggers can be held down to control both aliens simultaneously. For whatever reason this scheme just never clicked for me—even several levels in I was still fumbling over what buttons to press, which made precision platforming and timing a real hassle. I’ve been playing platformers for decades so I know it’s not just me; I have to conclude that Shiftlings’ default control scheme just isn’t very comfortable or intuitive.

The game looks and sounds great, and in the big-budget, HD pixel-shaded sense, not the “we only have the budget for 16-bit graphics so we’re calling it retro” sense. Each set of puzzles is introduced with a fully-rendered HD cutscene that shows the goofy hijinks the Shiftlings get up to between levels, with updates from the sleazy gameshow host keeping track of everything they do. The levels themselves are highly detailed and lively, with industrial scifi technology sparking in the background and spaceships zooming by. There isn’t a noticeable discrepancy between the in-game visuals and the cutscenes, which is rare in indie games.

The music is also highly appropriate for the humor and setting. It’s loopy, slapstick fare mixed with quavery Theremin notes to evoke the 50s scifi vibe the rest of the game is going for. There’s also an announcer who drops humorous quips and color commentary during the levels, sometimes commenting on your failed attempts to get the Shiftlings to execute a difficult maneuver. These comments added some color and whimsy but after a while they got on my nerves, like an over-eager used car salesman. 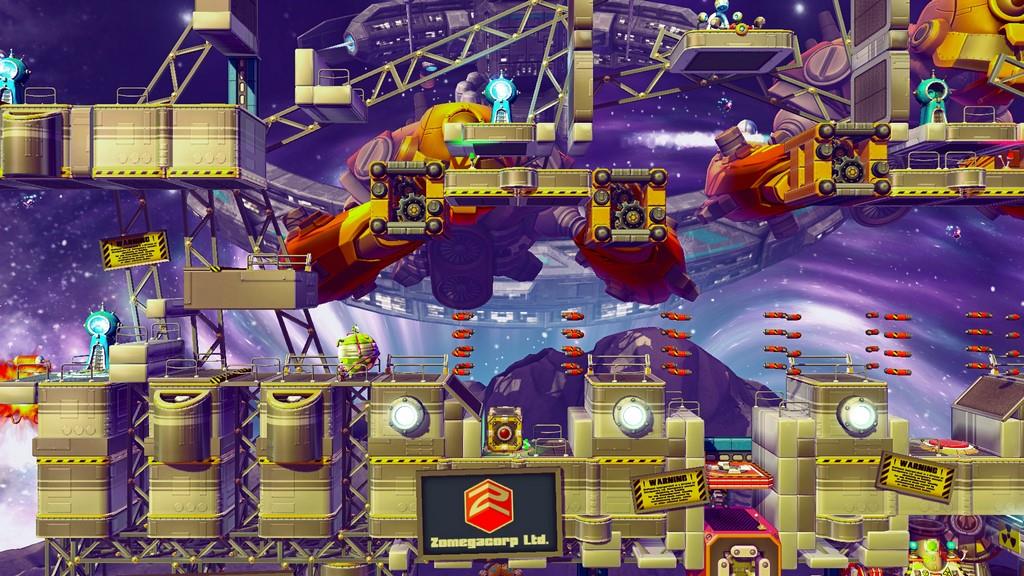 These high production values come at a cost though. Shiftlings has some truly atrocious load times, over 30 seconds between screens and they pop up quite often. It will take too long to load a brief story cutscene, then it will load the introductory cutscene to the level, and then it will load the level itself. It could take a good minute and a half just to jump in and play, and this is a problem every time you boot up the game. At least on Wii U, Shiftings is not very well optimized at all. It isn’t buggy or broken or plagued by framerate issues, but the load times reminded me of the old Playstation 1 era.

Between the load times and the frustrating controls, I feel like I didn’t have as much fun with Shiftlings as I should have. The core puzzle gameplay is excellent and the setting and characters are charming, but two of the biggest stumbling blocks to enjoyment, at least for me, are technical issues and controls. Maybe Shiftlings is better on another platform—I’d like to compare this version to the PC game—but on Wii U, Shiftlings is a clever puzzle game brought down by poor implementation.

Shiftlings is a smartly made puzzle game with an endearing story and art style, but unintuitive controls and killer load times make the Wii U version a real struggle to get into.