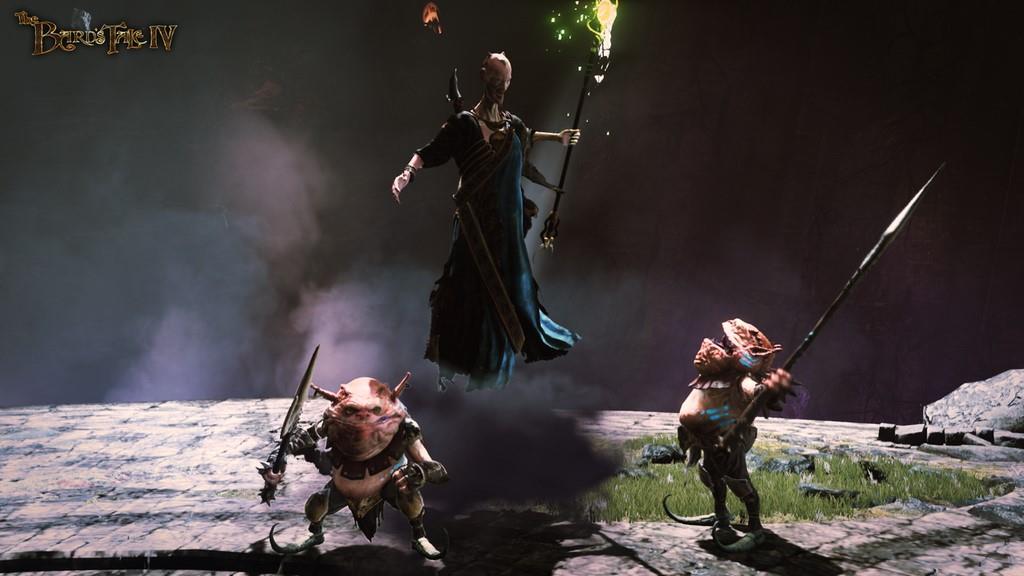 For a lot of old school gamers the Bard's Tale series holds a special place in their heart.  Either for it's twist on the dungeon crawling genre or the fantastic writing. Well the series is getting a remake thanks to a successful Kickstarter campaign so we reached out to inXile and were able to get a few questions answered by Brian Fargo, the company's CEO and a legend in the gaming industry.

What are your favorite memories from the original Bard’s Tale games?
Having worked on each of these games myself my perspective tends to be a little different. I mostly look at it in what we were trying to accomplish and how well we did at that. No one at that time thought we could make a game that could rank up there with the biggest titles of the day, and yet we did, by pushing graphics as far as they could go and introducing innovations like the eponymous bard class and evolving magic user classes. But when it comes to favorite memories, nothing can beat facing death in the form of 99 Berserkers, 99 Berserkers, 99 Berserkers and 99 Berserkers.

What differentiates the Bard's Tales franchise from the other RPG’s on the market?
The first-person dungeon crawl with deep phase-based combat has not been a genre that we have seen a lot of in the last years, that alone makes us stand out. Our goal with The Bard’s Tale IV beyond offering a more intuitive, smoother but still challenging and deep gameplay experience is to make it a graphical leap forward for the genre, much as the originals were, while introducing some innovations into combat and the way the world’s puzzles work.

Are there any ideas being built into Bards Tale IV that were are remnants from the previous games?
We are bringing back a lot of concepts from the originals! For one, this game will be centered on the new city of Skara Brae, built on the ruins of the old that was destroyed in the original storyline. You won’t have had to play the originals to get our story, but as we did with Wasteland 2 we’ll have a lot of story hooks for our hardcore fans to spot. Additionally, where we can we will use design elements from the original for our systems, such as our character system, classes etc

How are you going to introduce the game to players who are unfamiliar with the franchise?
The advantage of making a game of this style is that when designed right it can be very immersive, walking around in a beautiful environment in first person will grab the player immediately. Beyond that what is most important is making sure the interface and control of the game are smooth and intuitive, and for that we’re taking lessons from many more recent games. 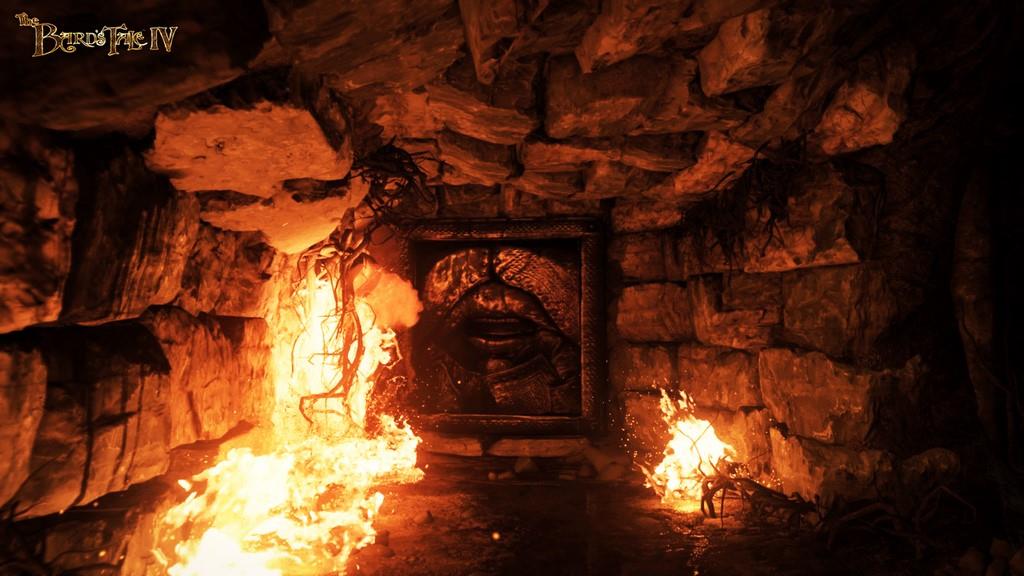 inXile has had a tremendous amount of success funding your games on Kickstarter- what do you attribute that to?
The secret to sustained success on a platform like Kickstarter is respecting your backers, communicating with them and listening to their suggestions and feedback, but of course also proving you can deliver on your promises. We released Wasteland 2 to praise from our backers, and that is a huge factor in our success with The Bard’s Tale IV.

Looking ahead at the development of the game what is the one thing that concerns you most
The technological risk factors are pretty low, which leaves sensibilities as the biggest risk. We need to make sure the game is compelling in the very first moments and then delivers on all the touch points we promised. Combat must be engaging and the sense of discover and beauty high. Thankfully we have constant communication with our backers allowing us to hone in on these things. 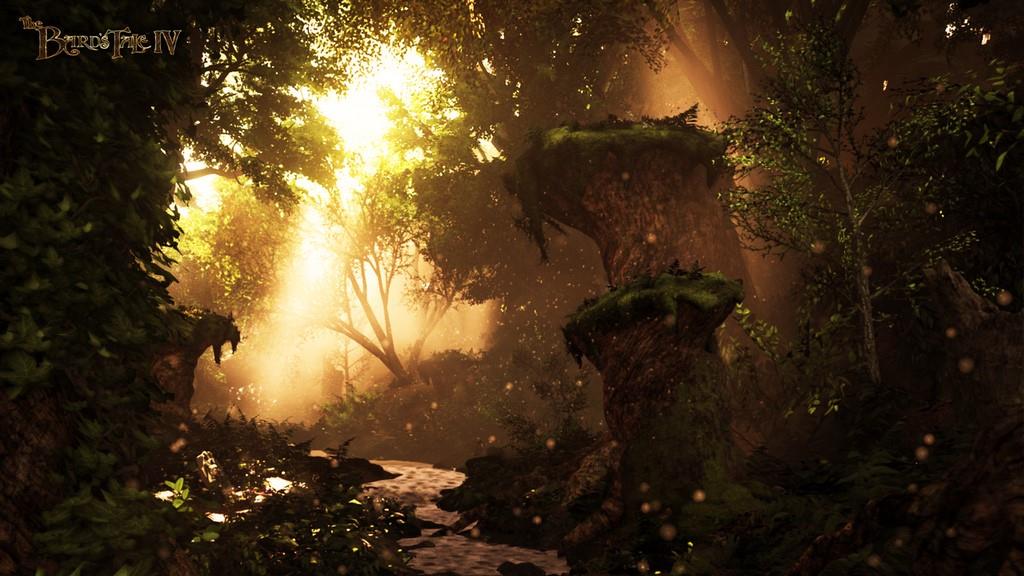 I saw that the game will be a continuation of the original trilogy. Will the 2004 release be acknowledged at all?
We had a lot of fun making the 2004 release and maybe we’ll make a small nod to it here or there, but its story is not canon in our world. It was a funny little side-track for the franchise but not part of this main series of games.

You developed Wasteland 2 and Torment: Tides of Numenera with the Unity engine. Why are you going with the Unreal engine for Bard’s Tale 4?
We select our engine per project, depending on the unique needs of each project. Unity fit our needs very well for our previous projects and we’ve been very happy working on it but The Bard’s Tale IV has very different requirements. We’ve used Unreal Engine before as a developer so it’s another engine we are pretty familiar with and having the flexibility to decide which one to use is a great boon. 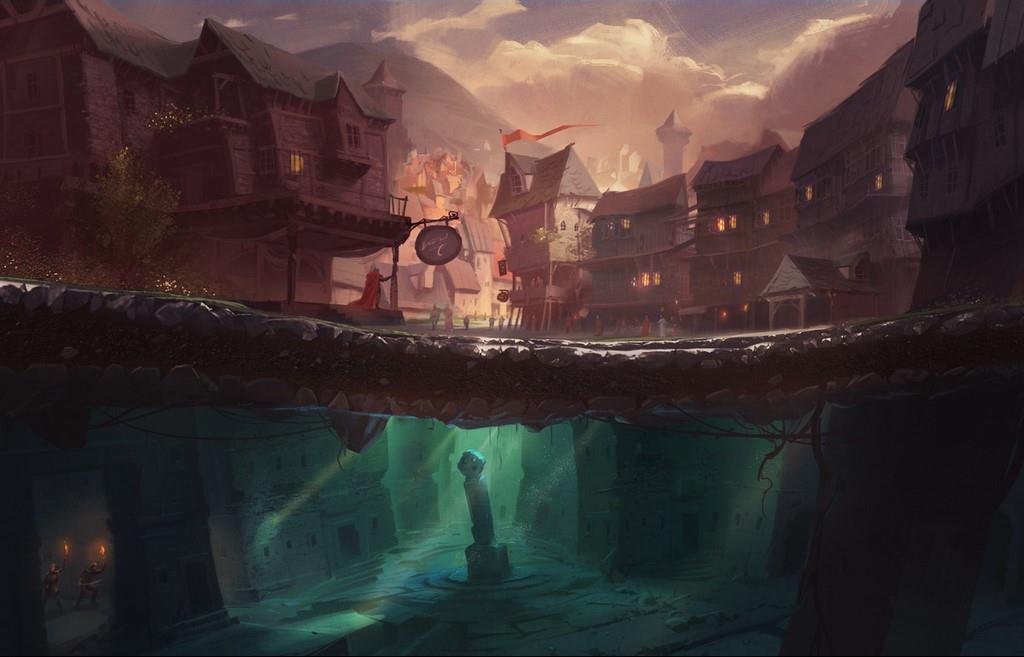 Will the game mostly take place in Skara Brae or are you going to have areas outside of the city to explore in?
A lot of the game will take place in Skara Brae and in the ancient dungeons and ruins underneath it, but you can also roam into the wilderness, castles and ruins surrounding Skara Brae, as well as towns such as Torr Fion and Fettercain. Finally, we will also let you explore the legendary realms of Elves, Dwarves and Trow,

Is this the same Skara Brae we’ve seen in previous games or has the town changed over the years?
Well, the original Skara Brae was destroyed, but in the hundred and fifty years since people have built a new Skara Brae atop the old. But if you miss the old Skara Brae, you can always go underneath the new city and explore these ancient ruins!

Could you talk about how the classes will evolve as you play?
Evolving classes was a unique concept from the original trilogy, where you could advance your magic users from their basic types into types such as the Geomancer or even the Archmage. Our plan is to not just keep this system but expand it to other classes, so that as you level up your basic Warrior or Hunter will get a new path open to him to evolve into. 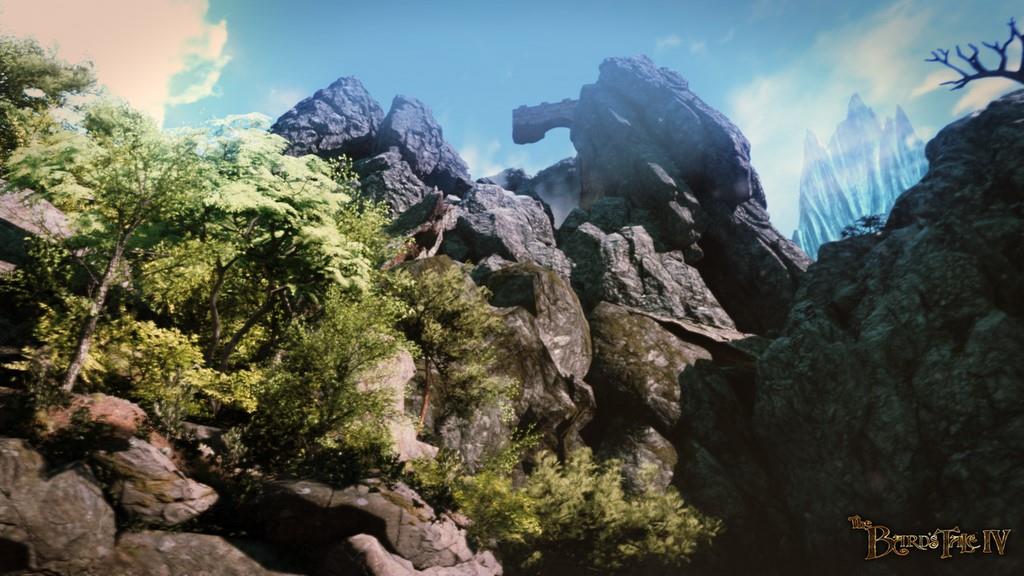 What's your favorite part of the new game so far?
It's a bit too early to say what my favorite part is, I'll know the moments when the pieces come together. But I will say that I am very excited to get the combat system in. We have some great ideas to make the encounters really pay off both visually and strategically.

What can you tell us about your new race, the Trow?
The Trow were a faery that was tied to the folklore of the Orkney islands, the home of Skara Brae. They are closest to a Kobold in traditional D&D terms but there are many variants of their race. They were typically a nocturnal race who lived in side of earthen mounds. You can find so many inspirations that Tolkien had from Scottish and Nordic mythology.

How will combat in the game work? Is it turn based?
The short answer is yes, it’s turn based. The long answer is that we’re basing our system heavily on that of the originals, but polishing it up into a system we’re calling Dynamic Phase Based, where the flow of combat is as quick as you want it to be, and we’re allowing more and finer tactical options.

We'd like to thank Brian for taking the time to talk to us as well as Jim for coordinating the interview.