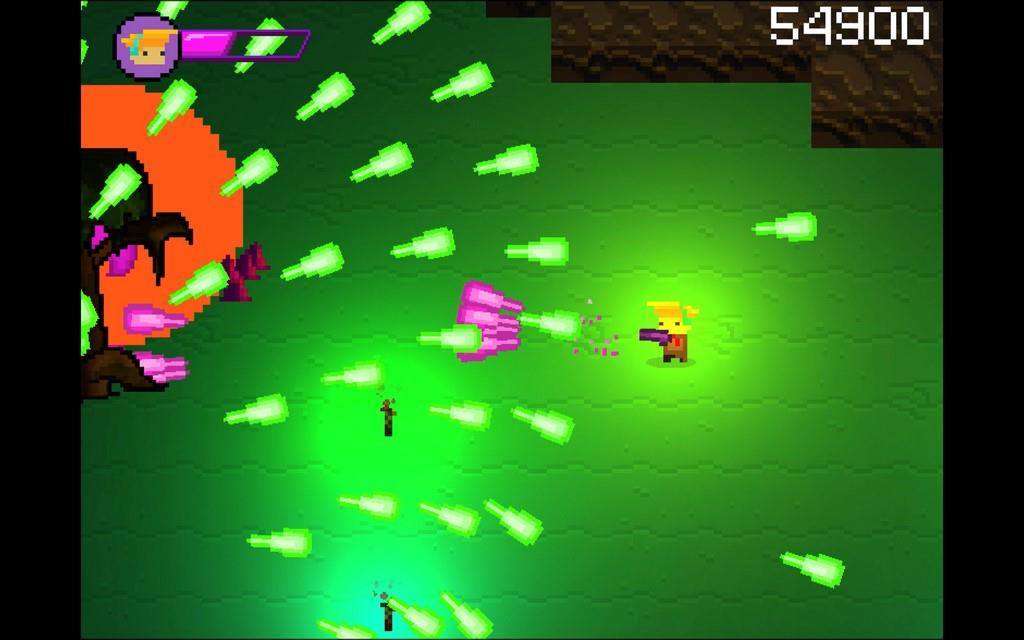 Of all my dream arcade mash-ups, Smash TV meets Gauntlet is close to the top. I've always enjoyed dungeon crawlers, and the thought of dual-stick shooting my way through hordes of medieval monsters sounds like a recipe for awesome. At least that's what I thought before playing Skyflower, out now on Steam Early Access.

Although budget priced, this retro-inspired shooter proves once again that you need more than a great premise to make a fun action game. You play one of three characters who run around a small level shooting 8-bit baddies and picking up money, health and power-ups. The idea is to kill as many enemies as possible and then jump through the exit, where you'll be swept away to the next procedurally-generated stage.

On paper, this is a blast. There are a lot of different bad guys to take out and the action often strays into bullet hell territory. It also has a fun old school look, which should be right up my alley. And don't forget about the impressive power-ups, which can often make a huge difference in a tough situation. All these things lead to a game that is as tense as it is fast-paced.

There's just one problem: The game is nearly impossible to control without a gamepad. Currently, players fight through the levels using a mouse and keyboard, which is the absolute worst way to enjoy a bullet hell dual-stick shooter. The unrelenting action has a tendency of quickly spiraling out of control, and it's the unwieldy mouse and keyboard controls that are to blame. 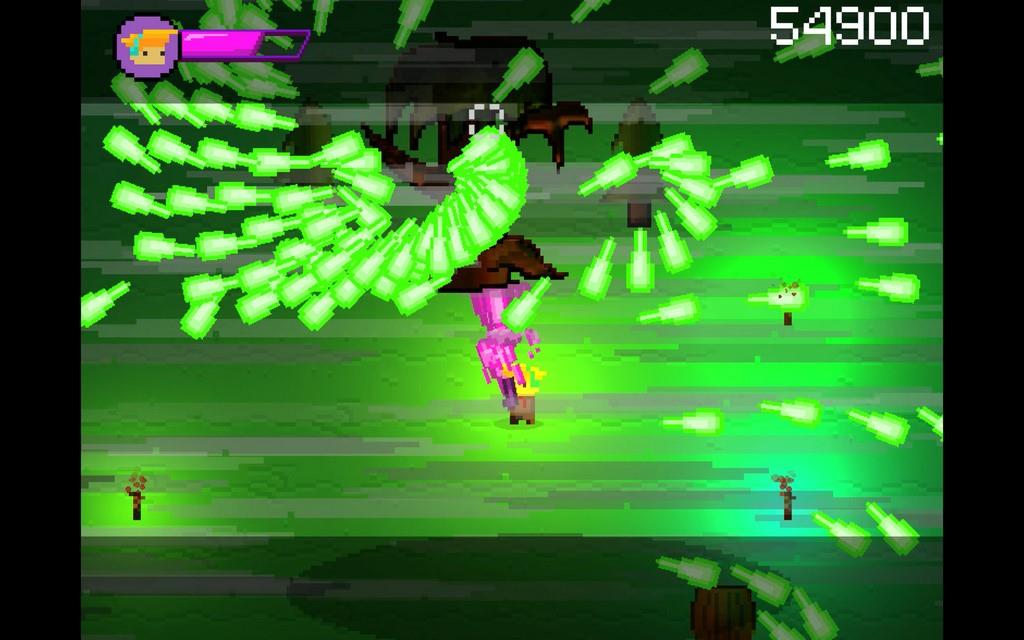 But even if gamepad support was patched in, I have a hunch Skyflower would still come up short. Between the cramped stages and speedy enemies, I found getting around to be a real pain. Worse yet, the random layouts will often allow enemies to sneak around you and get off a few cheap shots. The result can be a lot of frustrating deaths.

The worst of these deaths came right after beating the level 1 boss for the first time. The game presents two valuable upgrades to choose from, but doesn't pause the action long enough to let you make an educated decision. I died before the match even started, sending me right back to the beginning of the stage. These kinds of deaths add up and have real potential to leave a bad taste in your mouth.

That said, there are still quite a few things to like about Skyflower. I'm a big fan of the boss design, as well as the goofy power-ups. I also like that every character has their own special ability that charges up throughout the match. And even though I could never get it to work properly, I like that the developers are gearing up for online multiplayer support. The great ideas are only hinted at in this build, but at least I can see the outline of a fun dual-stick shooter.

In its current state, Skyflower is disappointingly frustrating and in desperate need of gamepad support. As much as I love both Gauntlet and Smash TV, I have a hard time recommending this mash-up.

Skyflower has the makings of a great dual-stick shooter. It's fast-paced, full of unique bad guys, packed with procedurally-generated levels and a mash-up between Smash TV and Gauntlet. Unfortunately, all this is undermined with the unwieldy mouse and keyboard controls. Without proper gamepad support, Skyflower is impossible to recommend.