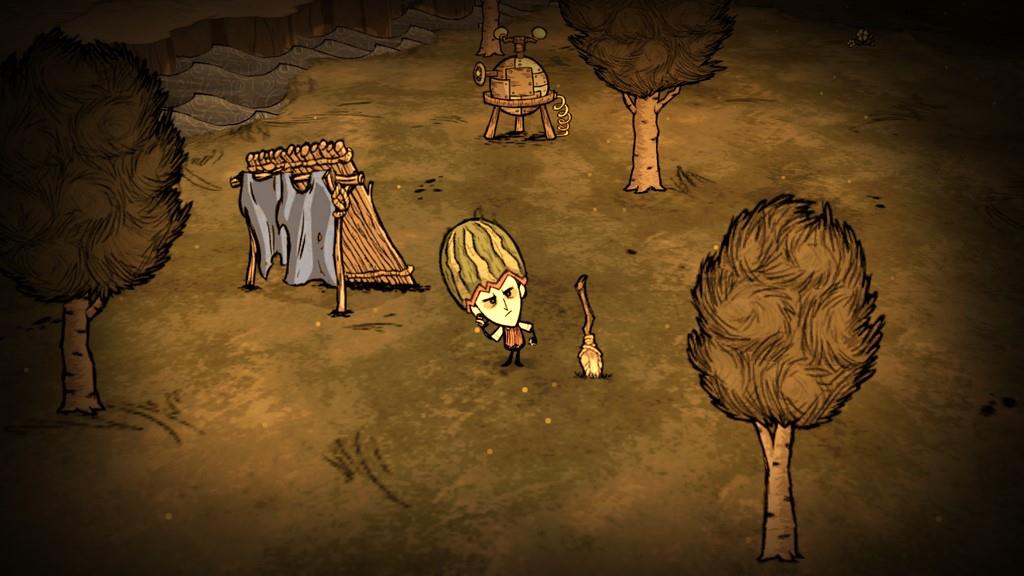 Written by Matt Mirkovich on 7/27/2015 for WiiU
More On: Don't Starve: Giant Edition

It’s pretty exciting to see indie developers are latching on to the WiiU, since there is a black hole that isn’t being filled with third-party titles. One of those titles that has made the indie jump to the WiiU is Don’t Starve: Giant Edition. The title belies a simple premise—don’t starve—and in this roguelike with procedurally generated worlds that are vast and full of danger, that is a trickier proposition than one might normally expect. Sure, the main character, Wilson, has the brains to survive, but does he have the brawn and the blind luck, too? I found that with him as my avatar, I’m pretty much boned if things go south.

As the gentleman scientist, Wilson, you must survive out in the wild after an experiment gone horribly wrong. Long story short, don’t summon demons. It’s never going to end well. So, left out in the wilderness, all there is to do is survive. But it’s not enough to make sure you have food, no, you also need weapons and tools, and, above all else, your sanity. As you progress you’ll unlock other characters who will be placed in Wilson’s predicament, including the new characters specific to the Reign of Giants add-on packed in this bundle. There are also new bosses, new areas to explore, and the addition of seasons, which affects the daylight hours in which you’re safe from monstrous hordes.

A typical day in Don’t Starve starts off fairly easy in the early going. Gather supplies to be able to build tools, use said tools to produce fire, and once you’ve got a stable fire as a base, you can branch out from there. Want to capture animals for food? Build traps out of the twigs and grass that you’ve found. Need to harvest precious stones and flints? Make a pickaxe for a rock-smashing good time. Need some wood to keep that fire lit (yes, yes you do)? Then go take an axe to chop down some trees. There is a tool for every situation, and while some of them aren’t immediately obvious or available, the game does a pretty good job at keeping a pace in which you’ll go through hunter and gatherer phases in order to explore. Although not without a little bit of death in between excursions out there.

Simply put, Don’t Starve is challenging. In addition to keeping yourself fed, you also need to keep yourself sane, or else you might be prone to an accident or two and the game will capitalize on your misfortune. Deliberate planning will help you get into a routine that can help minimize the amount of deaths you suffer. But initially you will die. A lot. Granted you will lose all your progress up until that point, but you’ll also gain valuable experience that can unlock other characters that might have a better fighting chance at surviving. 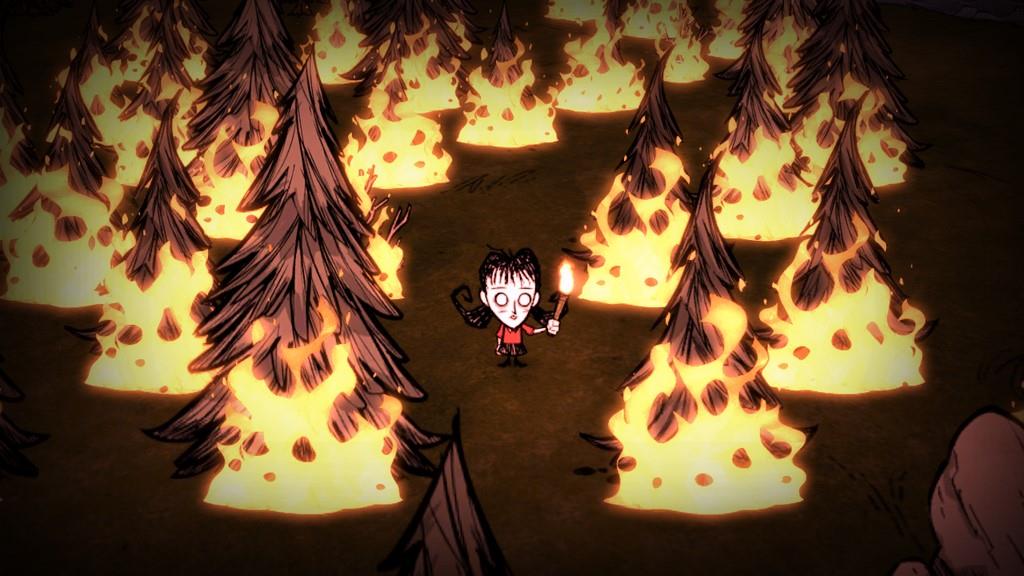 Using the Wii U gamepad, you can either play offscreen and use the gamepad as your main screen, or you can play on your T.V. and use the gamepad as an expanded map, which is incredibly helpful when you find yourself wandering a little far from your safe spot. It should be noted, however, that whatever viewing option you choose, the text size is incredibly small and can be difficult to read at times. Which makes navigating through some of the menus a bit of a pain. Even during gameplay, menu navigation is a little unwieldy. But thankfully the action pauses when bringing up a menu so you’re allowed a little time to think about what it is that you want to do. Otherwise, the visuals of this game are pretty much exactly the same as its PC counterpart. The sprites are well-animated and the monster designs are grotesque. It’s an interesting aesthetic that Klei Entertainment has created, and definitely one of those unique-looking games that hides its murderous intent with charming visuals.

Don’t Starve: Giant Edition is definitely an interesting experience that can be fun at times, and maddeningly difficult in others. Once you get the hang of the world around you and start to familiarize yourself with the rules of the world, things get a bit more manageable. But from the outset, get ready to die a lot. In fact, the title is a bit misleading, because it’s not starvation that’s going to be the thing that regularly kills you, but all the monsters—and your own mind—provide the greatest dangers to your own well-being.

Don't Starve: Giant Edition fills a gap you didn't even know the Wii U had. It's a great indie title, but it's also incredibly challenging, which may be a turn off to some. This game doesn't hold your hand, which is great in this day and age.