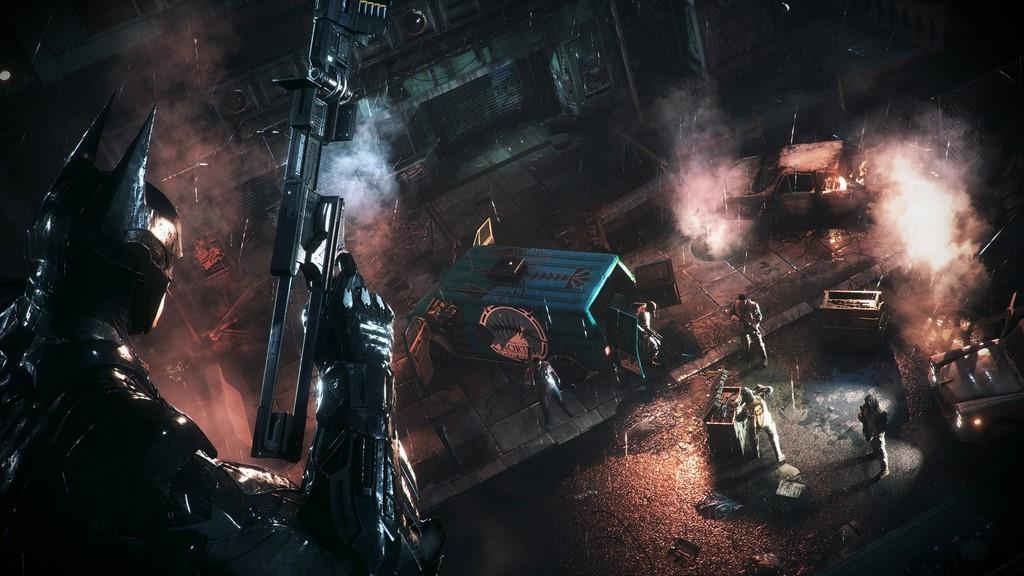 One would think that creating a superhero video game wouldn’t be too difficult. There are tons of characters to choose from throughout the various comic book universes and it doesn’t seem like it would take much to craft an enjoyable experience based on personas and worlds that have already been fleshed out for you ahead of time. For some reason though, there haven’t been a lot of super-successful ones made in the history of video games. You can probably name a ton of comic-based games, but how many of them have actually been “good”?

There is one developer that has been able to do it though, multiple times: Rocksteady. They seem to have pretty much mastered the art. When they released the original Arkham Asylum back in 2009, it set the gold standard for all comic book games to follow. It wasn’t just a great game that perfectly represented the world of Batman, it made you feel like you were Batman in every way. They’re returning again this year with another Arkham installment and despite a few bumps in the journey, they prove once again they know how to make the player feel like a superhero.

Set a mere nine months after the events of Arkham City, Arkham Knight sees Batman chasing down the Scarecrow and a new, masked enemy before they can unleash a deadly toxin in Gotham City. I won’t spoil anything, but you can expect a ton of twists and turns along the way. You even get to see things from a variety of viewpoints as you take on the roles of some of the supporting characters such as Commissioner Gordon and Catwoman at different times in the game. Overall, the story of the game is undoubtedly the best we have seen in the Arkham series. Its darker, grittier, and more thought provoking than any tale that has been told while placing the player behind the Caped Crusader’s infamous cowl. The narrative weaves together some of the more infamous Batman story arcs such as The Killing Joke and A Death in the Family, blending them together into a fresh and gripping tale.

One of my biggest fears going into the game was that players would be forced to start at square one when they stepped into Batman’s shoes. There is nothing worse than making your way through two (or three if you count Origins) games and finding yourself less equipped than you last left off with your character. Thankfully, that isn’t an issue here. From the outset, Batman has a hefty assortment of gadgets and moves already available in his arsenal and it continues to grow and evolve throughout the adventure. Plus, it all feels extremely familiar to returning players so they won’t have any issues hitting the ground running in Gotham. 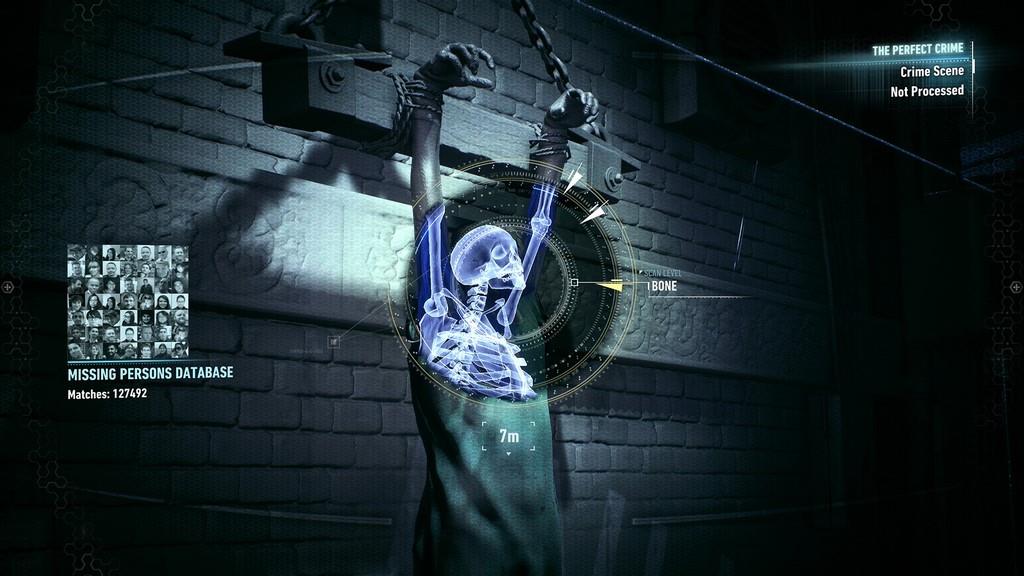 This familiarity doesn’t mean that there aren’t new mechanics and tools available for players. Some of the new additions include a multi-takedown system that makes you feel incredible bad-ass as well as partner based combat with other characters such as Robin, Catwoman and Nightwing. Both mechanics fit in perfectly with the existing combat system, which remains one of the best available in action games. the combat remains well-paced and extremely methodical, just as you would expect it to be for the Dark Knight.

While the game plays a lot like the previous entries in the series, the addition of the Batmobile changes up things a bit. In a way, as I am sure you have heard others mention, Batman’s car sort of takes the spotlight for a large portion of the game whether you like it or not. Most of the time, I was completely fine with its usage as it fit in perfectly with the character and the story. It makes sense to implement the car into things such as the high speed chases and especially the car-centered platforming missions. 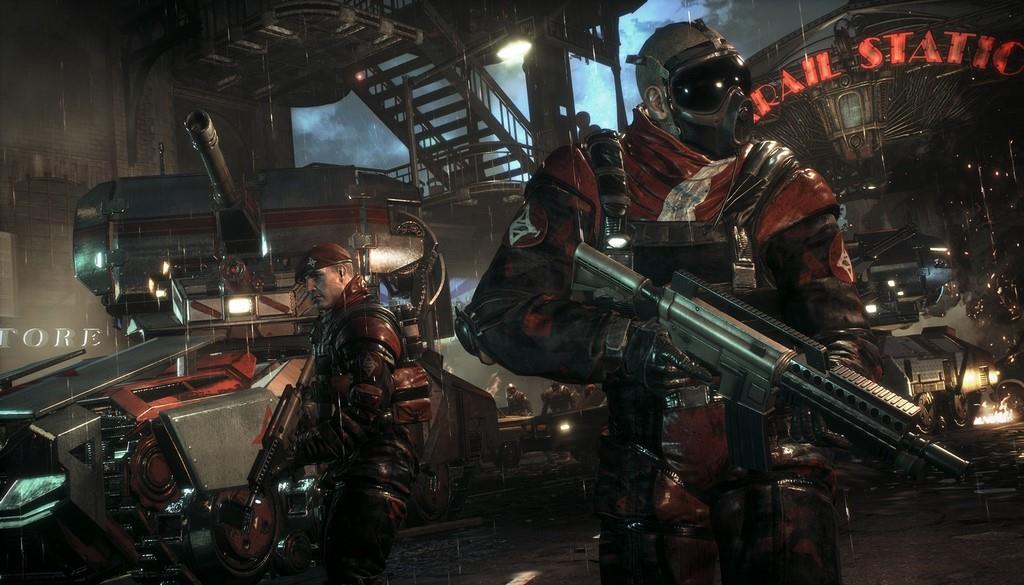 You get to use the car exactly as you would expect Batman to do in actual situations, such as using the rocket powered wench to provide a tight rope for access to a distant ledge or even ripping down walls, doors and even entire buildings. In those situations, the Batmobile is a great addition to the game. The problem is, there is one more implementation of the Batmobile that overshadows all of them.

Most of your time in the Batmobile will be spent utilizing its tank abilities. With the press of a button, the car changes from being a sleek and speedy roadster to a slow moving tank with rather limited mobility. The first couple of times that you are forced to make this change, it is a bit exhilarating and enjoyable, but then you will find yourself doing it again and again and again and again. It never ends! The amount of time that you spend as a tank might be a little more bearable if it progressed or evolved throughout the game, but it doesn’t. Aside from strengthening your guns and gaining a few abilities that impact your enemies’ behavior, these battles play out the same at the very end of the game as they did at the beginning. This fact is really a shame because it overshadows what would be an otherwise enjoyable addition to the game and turns it into a detrimental feature. 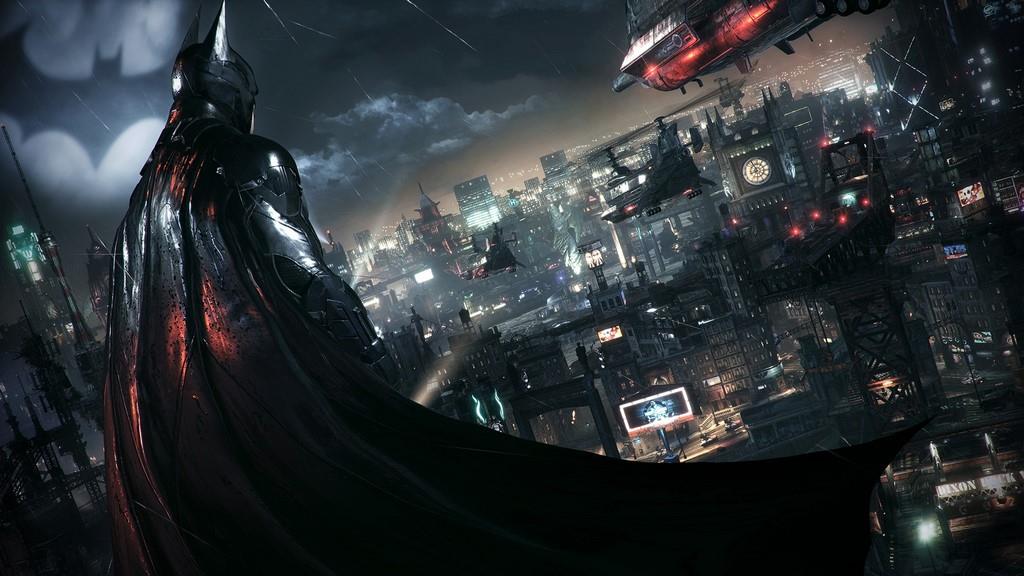 Gotham City itself has evolved a lot in the game too compared to the previous outings. Not only does it look a lot more detailed and expansive than ever before, it has a lot more of an open world and inviting feel to it. You get open access to every inch of the city almost from the outset and its easy to get lost in just exploring all of the nooks and crannies without even focusing on one of the game’s many missions. Whether you’re cruising the streets behind the wheel of the Batmobile or soaring from rooftop to rooftop, this is a beautiful world that will easily engulf both newcomers to the franchise and seasoned veterans.

When you are focusing on the game’s missions, be it the primary story or one of the many side missions, everything flows together perfectly. Aside from the redundant Riddler trophies, the side missions are weaved seamlessly into the main story and experience. You can switch your focus between any of them at any given time with a few simple button presses, so they never seem like you are stepping away from your main goal to tackle an unrelated side quest. Switching your mission focus causes a bat signal to be shot up into the sky from the locations of interes around the city, which is a nice visual effect and a treat for true Batman fans. Plus, they are all designed in a manner that allows you to tackle them at your own pace, as they feel just as pertinent early in the game as they do if you choose to clean them up after the first roll of the credits.

There is a ton to love about Arkham Knight, whether this is your first game in the series or if you have been around for the entire ride. Rocksteady did just about everything right from start to finish, with the lone exception being the constant focus on the tank mode of the Batmobile, which really holds the game back from being all that it could be. The tank battles and missions associated with them just become insanely monotonous over time; if they could either reduce the number of times they are used in the game in half or provide some means of advancement or evolution throughout all of them, perhaps it wouldn’t be so bad. As it is though, they prove to be an extremely noticeable blemish on an otherwise beautiful experience. If this is in fact Rocksteady’s final Batman game, which I pray that it is not, then they have certainly gone out doing one of the world’s most beloved comic book characters justice.

In the end, Arkham Knight proves to be an excellent new chapter in the Arkham franchise. The story is absolutely fantastic, as is most of the gameplay, just prepare to be inundated with constant tank battles.