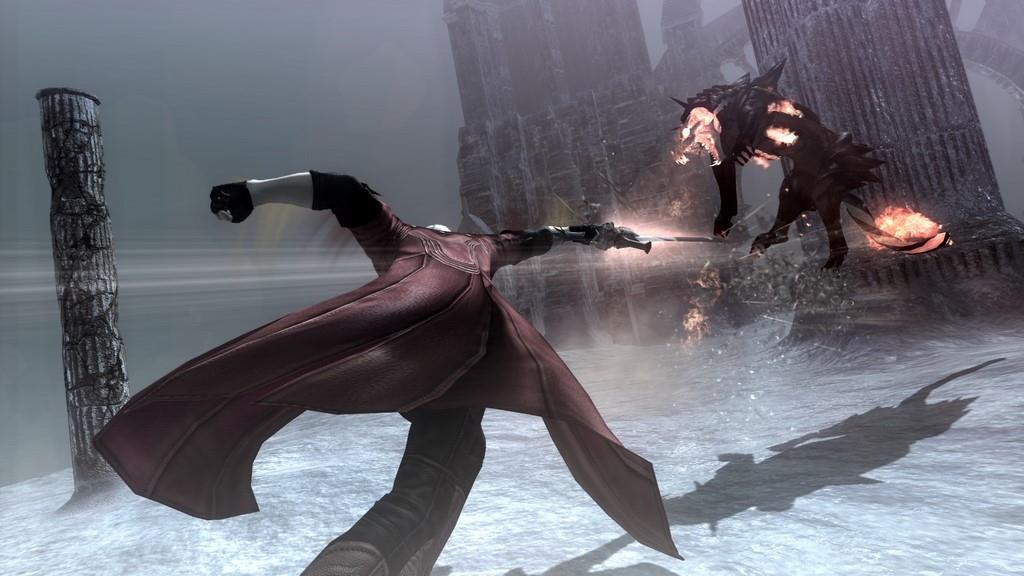 There are two types of people in the world: Those who love the combo-fueled gameplay found in the first four Devil May Cry games, and those who prefer the off-the-wall frenetic energy of the 2013 reboot. You may enjoy both, but everybody has a preference. No matter which side you come down on, Capcom has an exciting remastered rerelease just for you. They started the year by porting Ninja Theory's high-energy stab at the franchise to modern systems, and now it's time for Devil May Cry 4 to shine with its own special edition.

First released on Xbox 360, PlayStation 3 and PC back in 2008, this is the story of a brand new character named Nero. He's a rebellious twentysomething with a demon-possessed arm and an undying love for his childhood friend, Kyrie. Unfortunately, happily ever after will have to wait. Disaster strikes when a mysterious character bursts into church, seemingly kills the religious leader and single-handedly takes out an entire army. This sends Nero on an adventure to stop the assassin and protect the lovely Kyrie.

If you've played a Devil May Cry game before, then you already know that the mysterious man is none other than Dante, the son of Sparda. He's a stylish private eye who specializes in supernatural cases. Of course, none of this matters to Nero. All he knows is that this trench coat-wearing stranger killed the head of the Order of the Sword and unleashed a torrent of undead creatures.

Much like the man he's tracking, Nero has three primary attacks that can be used to string together combos. One button is dedicated to sword attacks, while the other buttons give us control over guns and that powerful demon arm. The idea is to uppercut the enemy into the air, pump it full of bullets, grab it with your glowing arm and send it flying into other baddies. And thanks to an impressive list of moves to unlock, you won't grow bored of linking together combos and punishing all comers.

Nero's adventure sends him through a lot of familiar locations, including gothic castles, labyrinthine forests and, well, more castles. The twenty stages involve our hero picking up conveniently placed items that will help him solve rudimentary puzzles. Early on he'll unlock the ability to use his arm like a grappling hook, while another ability will slow down time just long enough for him to avoid lasers. 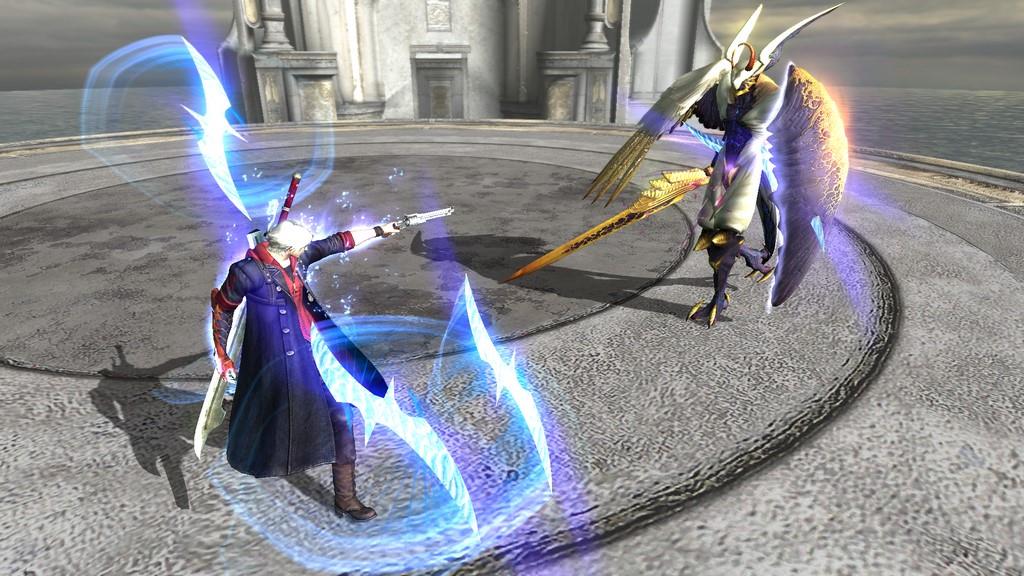 Without giving too much of the story away, Devil May Cry 4 switches gears halfway through the 12 hour adventure. After everything comes to a head, we change from Nero's point-of-view to Dante. He uses the same basic controls, but adds just enough nuance to keep the action fresh. He carries different types of guns and can switch fighting stances by pressing the D-pad. Suddenly we get to see this battle play out from another person's perspective.

This character swap is undermined by one questionable design decision. Instead of constantly moving forward, the game chooses to turn all the way around and spend the rest of the adventure backtracking. You'll see all of the same castles, enemies and even bosses. It takes all the momentum out of the action at the worst possible time, and I would argue the game never fully recovers.

It doesn't help that many of the locations are bland and uninspired, especially when compared to the 2013 reboot. Sure, the various castles are full of detail and do a good job of setting themselves apart, but I can't help but feel like I've seen it all before. Speaking of which, there simply aren't enough types of enemies. You'll see the same scarecrows and demonic knights in every stage, and few of the late game baddies are memorable. The best moments almost always involve massive boss fights, but even those start to lose steam mid-way through. 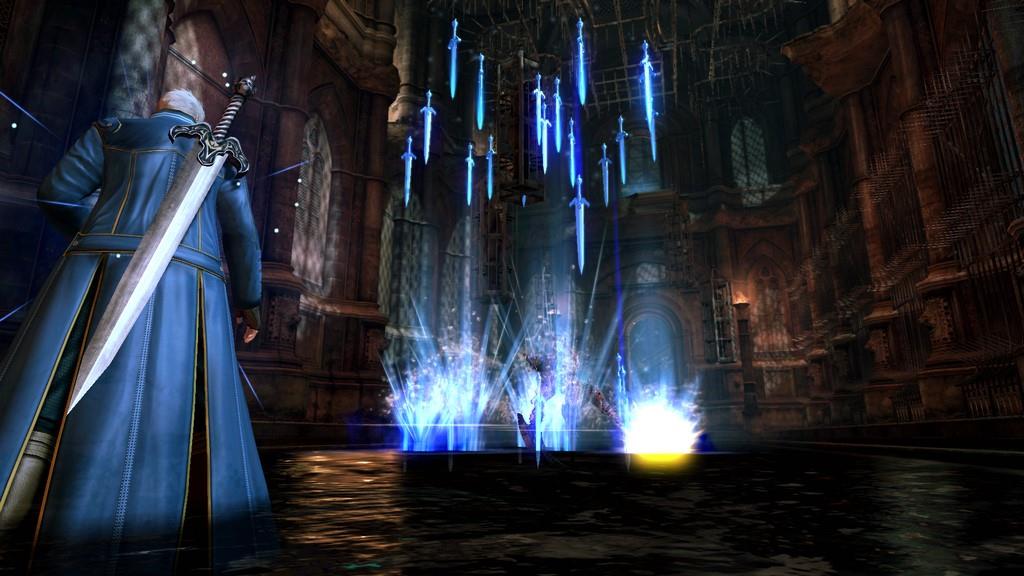 Perhaps realizing that some aspects of the campaign are a little thin, Capcom added a number of other playable characters to the mix. If you're sick of Nero and Dante, then play through the story using Lady and Trish. Not only do these women bring a much-needed pinch of estrogen to the action, but they handle differently from the boys. Their story also offers different cinemas; even if they are still fighting through the same stages you've already seen.

This Special Edition also adds Vergil to the list of playable characters. Much like Lady and Trish, you can watch the story unfold through the eyes of the Devil May Cry 3 fan favorite. He comes equipped with his own unique abilities and special moves, and I found him to be the most well-rounded character of the bunch.

As a seven year old game, there are a number of elements in Devil May Cry 4 that haven't aged well. For starters, the game employs a mixture of fixed and free camera perspectives. Too often you'll be forced to run towards the camera or fight enemies you can't see. It's also jarring going from one screen to the next, and is certainly not ideal for a game built around fast-paced fighting. 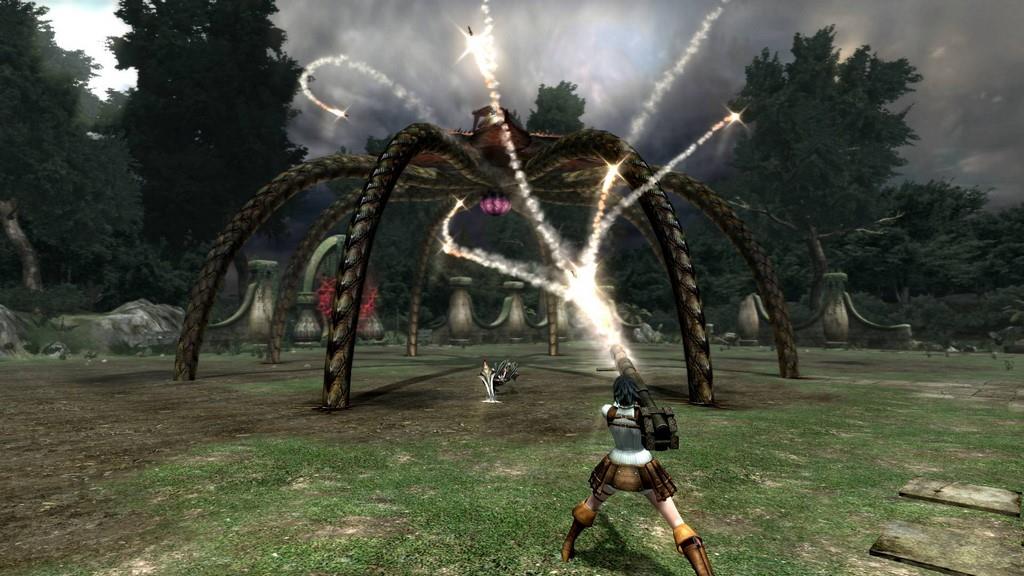 Worse yet, the game quickly settles into a predictable rhythm. You'll enter a new area only to find all paths blocked off until you defeat every enemy. Then you'll walk a few feet and get trapped again by another arena battle. To the developer's credit, there are a few moments that break this cycle. One of the most inspired moments involves Devil May Cry turning into a board game. Too bad the rest of the adventure is so straight-forward.

Of course, none of this matters if you're already a fan of this game. If all you want is a great looking update of the 2008 hit, then you're in luck. This special edition runs at 1080p and 60 frames-per-second, making it the best looking version of Devil May Cry 4. Best of all, you can make the game run even faster by turning on turbo speed. Couple that with all of the playable characters and extras, and you have a great package for die-hard fans.

On the other hand, players new to this sequel may have a hard time overlooking some of the more outdated elements. Gamers looking for the over-the-top wackiness of the 2013 reboot will find this adventure meandering by comparison. However, those who master the game's deep combat mechanics will be rewarded with a lot of fun action. For better or worse, this is the definitive version of Devil May Cry 4.

If you already love Devil May Cry 4, then this brand new special edition is everything you could hope for. It looks great, runs fast and is loaded with playable characters. On the other hand, new players may not be able to overlook some of the game's outdated designs, including fixed camera perspectives and tons of backtracking.