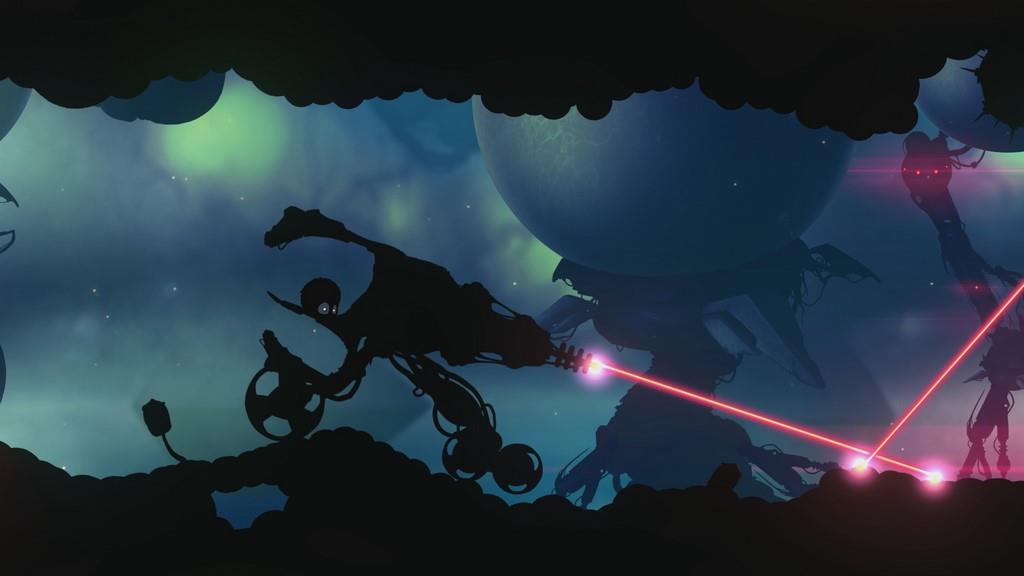 Badland: Game of the Year Edition

Despite their best efforts, developers of some of the biggest mobile hits have found conquering the console market to be a perilous task. Most attempts have been plagued by high price points or a lack of quality. Few have been able to find the sweet spot to attract gamers used to Halo and Grand Theft Auto. Miraculously, Frogmind manages to avoid most of the problems that have held back other ports, but that doesn't mean Badland: Game of the Year Edition lives up to its boastful name.

Like many games that were originally designed to be played on cell phones, Badland takes a very simple concept and stretches it into hundreds of levels. In this case, you play a monster flying through a decidedly hostile world. You can fly by tapping the right trigger and move back and forth, but that's about it. It certainly feels like the kind of game that works well on devices with limited buttons.

Badland was a big hit with both critics and fans when it launched on iOS, Android and Windows phones. The trailer is quick to trumpet that it has more than 20 million players and earned countless awards. Despite the fact that it clearly connected with a lot of people, there is something about Badland on the console that left me cold.

At first I was into the simple concept. It's essentially an obstacle course where you're asked to fly through narrow passages full of blades, bullets and lasers. But as scary as getting ripped apart by blades may sound, your biggest opponent is the constantly moving stage. Get too far behind and you're dead; just another corpse lining the badlands.

The game is quick to add items to pick up that alter the flying creature in useful ways. Some of the items will cause our bird-like creature to grow incredibly large and shrink down to just a few pixels. Another item will adjust the flying speed, allowing for an easier time avoiding the edge of the screen. The most useful power-up will clone the creature, allowing you to control a whole flock at once. 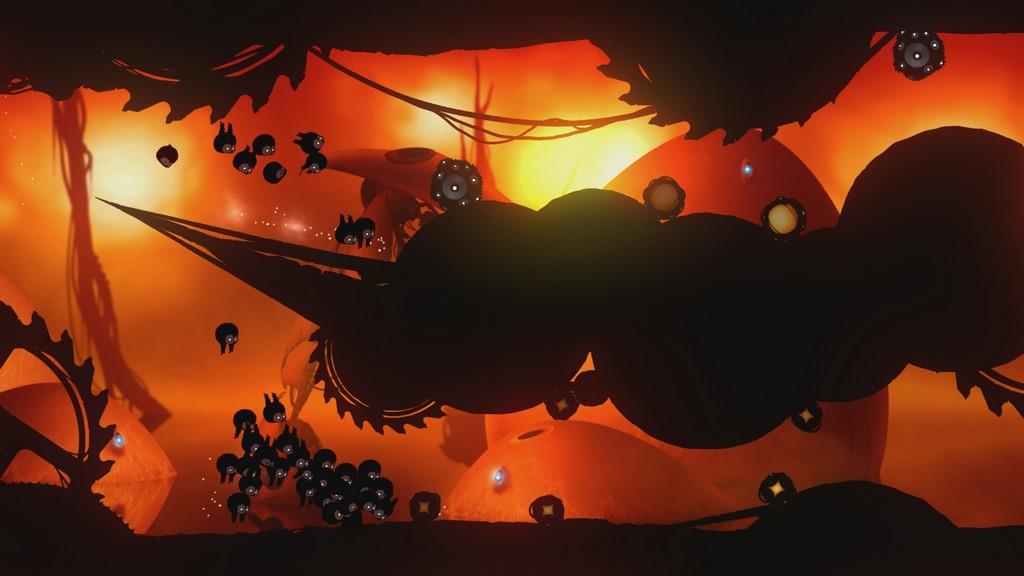 Because there are so many types of items to pick up, the game does a good job of mixing up the puzzles. Sometimes you'll be interacting with the gears and portals that make up the Badland, while other times it's all about staying alive until you get sucked into the next level. And with lasers and guns ready to shoot the little guy down, you'll need to stay alert every step of the way.

These are the ingredients for a great game. I mean, I haven't even talked about the multi-player co-op and battle modes or the gorgeous visuals. With hundreds of levels, hidden areas to discover and responsive controls, the bullet list sounds like it could be a real contender for Game of the Year. But there's something about the game's rhythm that lulls me to sleep. Despite all the things Badland does right, I found myself bored through most of the stages.

The game is split into two different days, each with dozens of levels to complete. There are also bonus levels to unlock, giving players a ton of content to dig through. I would argue that there's too much content. There aren't enough fresh ideas to support hundreds of stages, so instead we get a lot of levels that repeat the same kinds of obstacles. Even when the game does introduce a new mechanic, it's hard to get excited knowing that it will run into the ground over the next dozen levels. 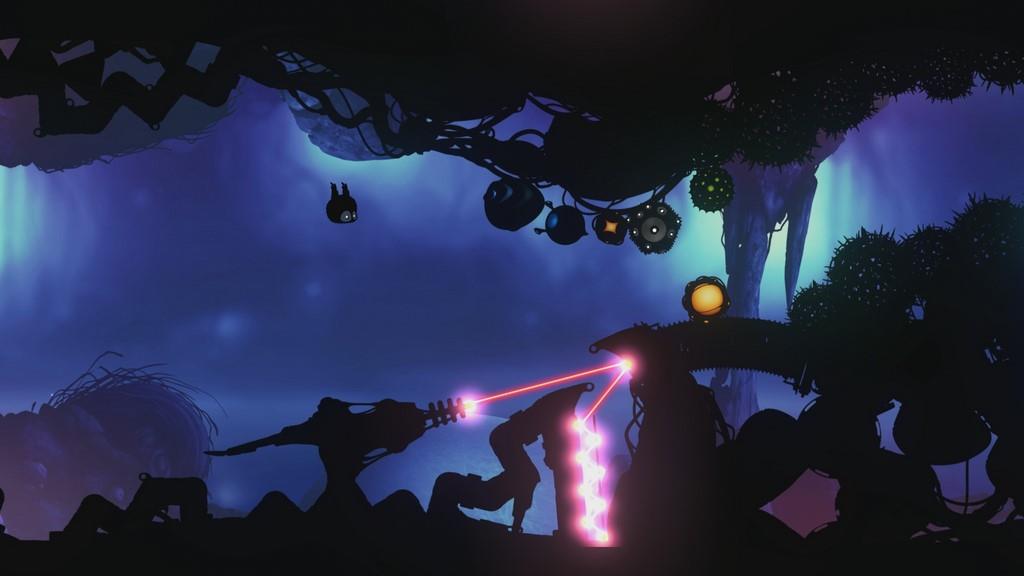 It doesn't help that the stages are frustrating, often for reasons that feel out of your control. Many of the obstacles require trial and error, forcing players to memorize the patterns after repeated deaths. These level designs felt cheap, and the checkpointing isn't always as forgiving as I would have liked. Multiply these problems across the hundreds of levels and Badland begins to feel like a slog.

At least it's a pretty slog. As I mentioned before, the game is gorgeous to look at. The alien planet is both weird and charming, complete with odd characters peeking out from behind rocks. The different stages are split into times of the day, so you really get to see how the colors shine in the morning, evening and everything in between.

Despite my reservations, I'm sure this will find an audience that loves its odd creatures and simple gameplay. While I enjoyed the presentation, too much of the game felt spread out to pad the length. The trailer touts "tens of hours of awesome action," but it often feels like there's only 180 minutes of new ideas in Badland: Game of the Year Edition.

Badland: Game of the Year Edition is a great looking game with simple gameplay and a lot of charm. Despite all the things going in its favor, this brand new PlayStation 4 and PS Vita game left me cold. It's often frustrating for reasons outside of your control and the fresh ideas are stretched out over hundreds of stages.