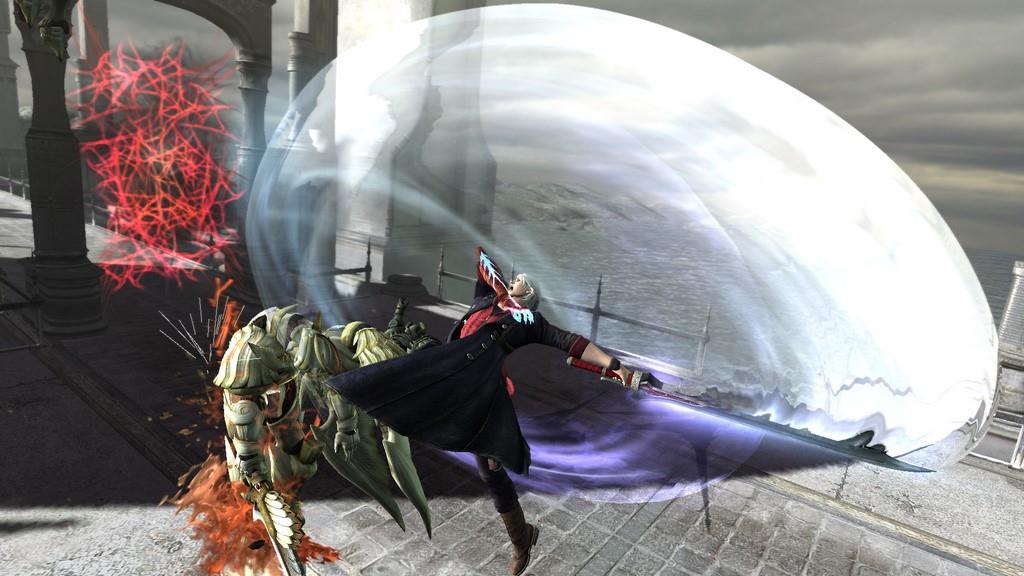 Written by Nathan Carter on 7/6/2015 for XBO
More On: Devil May Cry 4 Special Edition

My time with Devil May Cry 4 can pretty much be summed up with what our own Cyril Lachel wrote on his PS4 review of the game. "On the other hand, new players may not be able to overlook some of the game's outdated designs, including fixed camera perspectives and tons of backtracking". This pretty much hit the nail on the head. I am no newcomer to this genre of game, but I am a new comer to the Devil May Cry series, and after dealing with nothing but frustration while playing Devil May Cry 4: Special Edition on the Xbox One, I can say that I am not upset I have missed out on this series.

Since this is the special edition of the game, the first thing you will notice is the addition of new characters. The additional characters include Vergil, Lady, Trish and of course Nero and Dante from the original. Full disclosure, I didn't know that Nero and Dante were the main characters and the main story from the original release back in 2008 so I played the game with Lady and Trish since they were available at the start. After doing some research however, it appears that the main story is pretty much the same regardless of who you play as. You will still get the same locations, the same enemies, the same boss fights, but the cut scenes will vary a bit depending on who you play as. First thing is first, one of the most important things about a game like this is of course the combat, and I am happy to say that the combat is fantastic. You use a variety of button combinations to unleash hell on anything around you all while earning all kinds of currency to spend in the store. At first, you won't that many combos at your disposal, but of course as you progress through the game and buy more skills, you will be pulling off ridiculous combos in no time. If you are having a hard time deciding what skills to buy, you can also auto buy skills depending on how you want to play. In combat you have three ranged weapons to choose from (Lady's being her rocket launcher, pistols, and revolvers) and you can easily swap between them in battle with the press of a button. You also get a grapple maneuver which can launch enemies in the air and of course you have a melee attack. Being surrounded by a group of enemies only to bust out a huge "Atomic" combo is very satisfying and is probably the best part of the game. Unfortunately, it's almost everything else about the game which frustrated me.

With games like this, you can expect some puzzle solving and of course you will have to figure out where to go next. Unfortunately the game really doesn't do a good job of telling you where to go. You do have a map but your current objective is never listed nor does it appear on the map. Some of the levels are pretty linear so you easily know where to go but when the stage start opening up, you will feel like a rat in a cage. If you do manage to figure out what to do, get ready to backtrack and get ready to do a lot of it. Right from the beginning you are presented with incredibly frustrating scenarios that force you to. For instance, there is one sequence where you have to grapple across the top of a room. Miss a jump and you fall to the bottom and have to defeat a bunch of monsters. You defeat the monsters, the door opens and you try again. If you fall again, you have to defeat the monsters.... again. This will happen over and over and over again until you time your jumps just right. There is also a bad sense of Deja Vu while playing as you see the same locations time and time again. Seeing a new location was such a relief and a breath of fresh air, until of course you find that you are back again back in the area you just spent hours in and you say to yourself "this again?". 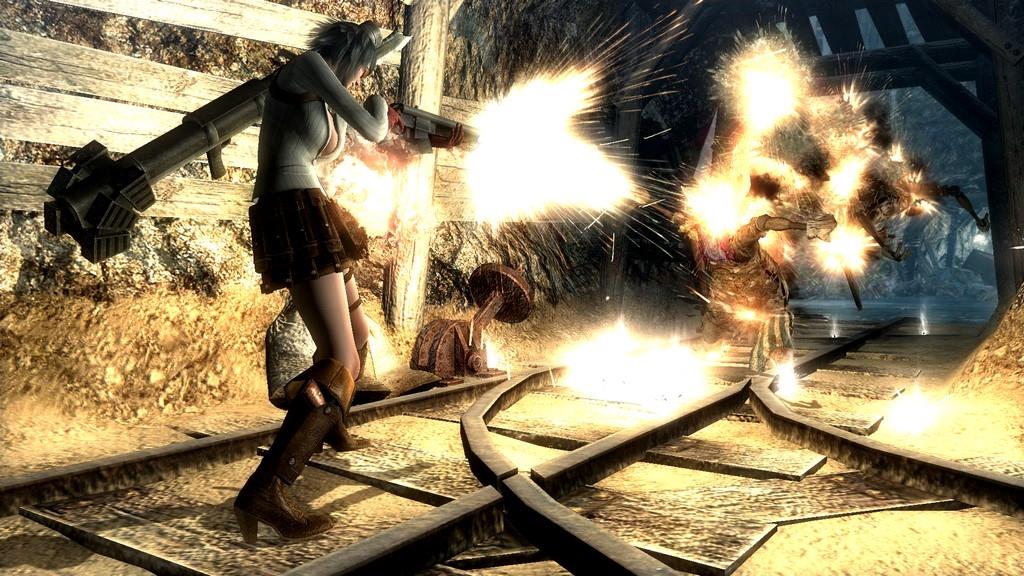 The one thing that made me want to smash my controller while playing this game is how each mission is structured. If you sit down with this game, you better be sure you are ready to commit the 15-30 minutes required to complete each mission uninterrupted. Unless I missed something, the game does not save mid mission, which means that if you get stuck, want to walk away, or if you have to leave, and you exit the game, you have to do the entire mission all over again. I understand this is a game that was originally released back in 2008 but come on, no mid level saves? I looked everywhere and could not figure out how to do it. Worse yet, the first time I played the game, I just decided to take a break and shut the game off, expecting that my progress would be saved. Why wouldn't it? Almost every other game in existence has this feature? Much to my dismay, I loaded up the game again only to find that my progress was lost. Progress loss for me is the quickest way to ensure that I stop playing your game. Now I know I'm being harsh and technically it's my own fault, but again, I just expected it because tons of games do this these days.

So the question I guess you could say is, is this a bad game? Well, not really, you have to keep in mind that this is one of those HD versions of a game that came out on the PS3 and Xbox 360 back in 2008. Obviously since then the genre has moved forward, a perfect example being the spectacular Bayonetta 2, so for me, having never played a DMC game before, and having played recent stuff like Bayonetta 2, it was hard for me to get into the game, but again, this is for the fans. I am sure fans of DMC will feel right at home and would love to have an HD / 60FPS version of the game on their current gen console.

Bottom line, this series just isn't for me.

Fans of the series will have the most fun with this, but for others who haven't played any of these games, will most likely have serious problems with the fixed camera and backtracking. The combat is very good but for me, everything else is nothing but frustration.