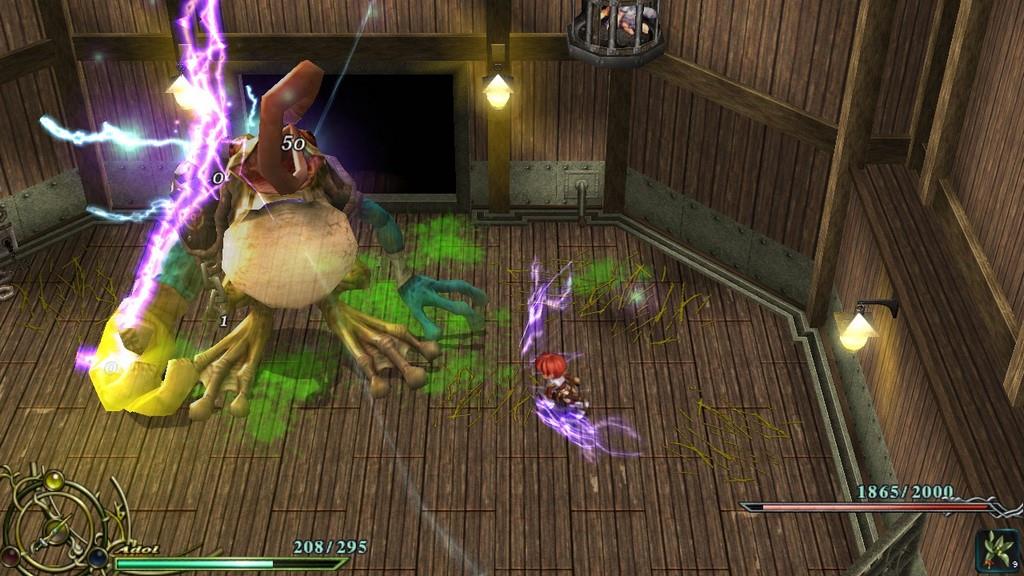 Ys VI: The Ark of Napishtim

This definitely feels like a blast from the past, as I remember playing Ys VI: The Ark of Napishtim on the PS2 when it was released by Konami. It was the first time I played an Ys game, and I’ve picked them up ever since, leading up to Memories of Celceta which was released in 2013. So going back to Ark of Napishtim on PC, how does it hold up? Is this one worth revisiting a decade later? The answer is a resounding yes. If you’ve played previous Ys titles and somehow managed to miss this one then you should be picking this game up to see how the change to 3D dramatically altered this series, and if you’re a returning player then you have to check out the ramped up difficulty of the new ‘Catastrophe Mode.’ But let’s cover some of the basics first.

Adol Christin is a name that is synonymous with this series, as is his iconic character design. This time around he is washed up upon the shores of Canaan, rescued by two girls of the Rehda Tribe, Isha, and Olha. His appearance does not bode well for the people of Canaan and they are very hesitant to allow him to linger in their lands since normal humans have been known to cause trouble for them in the past. From there it’s an adventure worthy of Adol’s name, as you’ll be solving the mysteries surrounding the Rehda, the Romuns, and the ‘Calamities’ that roam the lands. The game isn’t very hand-holdy in terms of directing you where to go, so early on there might be some confusion as to where you need to go, the best advice I can give you here is that there is no wrong direction to travel in this game, as you’re pretty much always capable of fighting anything that crosses your path, provided you’ve got the skill and patience, and if not, there’s always the option of running. But explore, really fill those Adol Christin shoes, you’ll be surprised at how much stuff is hidden off the beaten path in this game, as they really like to hide secret areas and items.

From the outset there is a decent challenge to The Ark of Napishtim, the game is just as button mash friendly as all other titles, but it does require a fair bit of finesse to navigate through the hordes of enemies while cutting them down. If you rush blindly into battle you are going to get hurt. Thankfully death isn’t terribly punishing, but do expect to retry a couple of boss fights, as some of those can be really difficult until you figure out the flow and pace of the battles. Brute-forcing your way through is rarely the best course of action. At the outset this game does feel a little bit boring with its simplistic combo system, but as you level up and stick with it you’ll find that the addition of the elemental swords adds a lot of depth and strategy to the game. Eventually I reached that point that I do in all Ys games where I think to myself, ‘this is ridiculous, and I am unstoppable,’ and it’s at that point that this game really hits its stride. 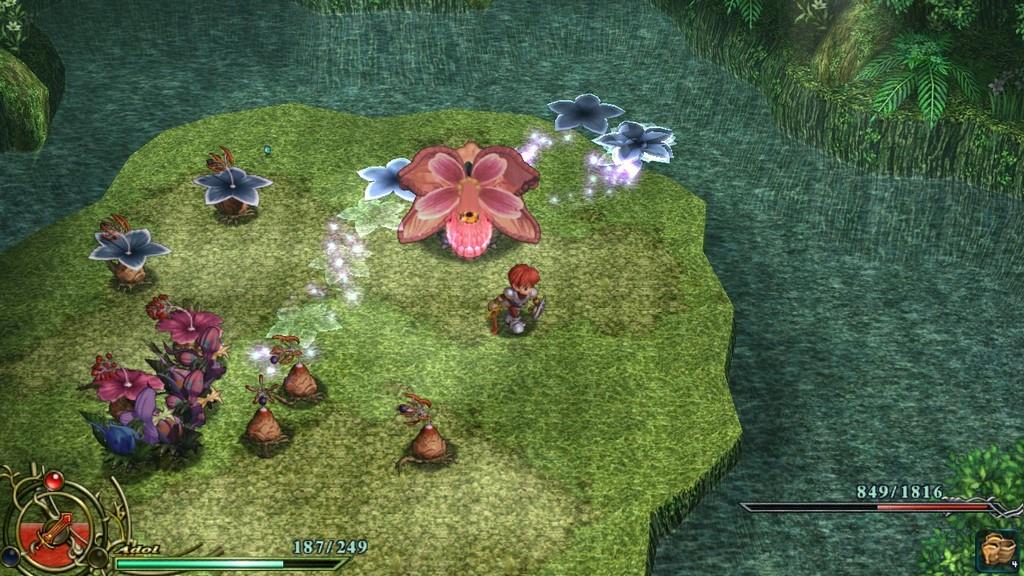 So what does this version have over its PS2 predecessor? Quite a bit actually. On the visual side you have increased texture resolution and widescreen support, giving the game a solid bump in graphical fidelity. There’s gamepad support, which is kind of a no-brainer, but there’s also the new ‘Catastrophe Mode’ which ups the difficulty by restricting your use of healing items. And a nice addition on the general gameplay side, the ability to warp between checkpoints which makes traveling a bit less tedious when you decide to back-track. And of course being added to Steam means you get achievements and leaderboards. This version also features a new translation from the fine folks at XSeed along with a digital artbook that has a lot of neat visual treats for fans of the series. And for those who love a rocking soundtrack, the Falcom Sound Team is going to rock your socks off with their signature sound.

If you’ve played previous games in the Ys series, then you know what you’re getting into with Ark of Napishtim, it’s a great pick-up game for those who missed it the first time around, and to see that the franchise is in XSeed’s capable hands gave me the desire to go through this game again after a long break. If you’re new to the Ys franchise, then I can’t recommend this game enough. It lays the groundwork for all the modern Ys games, and is one of the most enjoyable titles in the series. It may have a bit of a slow start, but once you get rolling, you won’t want to stop.

If you played this back in the PS2 days, know that it is worth picking up again thanks to all the changes XSeed and Nihon Falcom have given this update. If you're fresh on the Ys series, then give this one a go, you won't be disappointed.