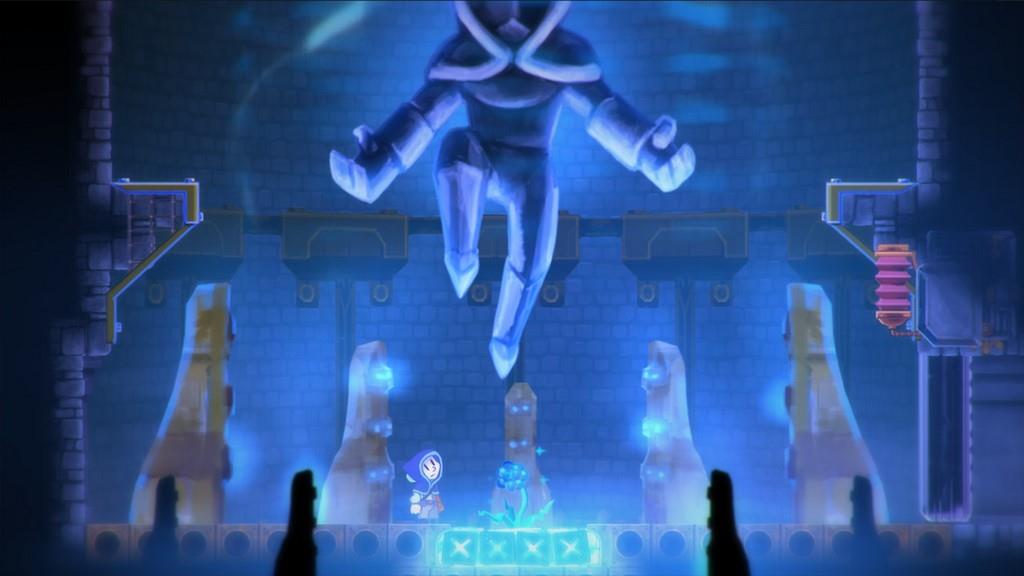 Teslagrad postulates a steampunk Russia ruled by techno-wizards. Steampunk AND techno-wizards? Sign me up. It’s also a world ruled under an iron fist where a little boy finds himself trapped in a nightmare that might keep Thomas Edison up at night. Separated from his family and trapped in tower of Teslagrad, one little boy tries to survive, uncover its secrets, and maybe bring some peace to the land. It won’t be easy though. Electromagnetism rules Teslagrad, and only through its manipulation can he survive.

Teslagrad really takes me back. It’s a very old school platformer. The animations, character sprites, and graphical effects (where they exist) constantly reminded me of the old NES games I played before high school. The difficulty also took me back to those time. There’s no recharging health bar, health packs, or anything like that. It’s one hit and you’re dead and unless you’re better at gaming than I am (you probably are), you’ll be dead a lot.

You don’t even really get the benefit of a weapon. You do get a selection of gear that you unlock as you progress that lets you manipulate electromagnetism and you can use that to kill enemies in places, but there’s not much combat. You’re simply trying to survive and discover everything you can about Teslagrad – which you can explore in a non-linear fashion. That non-linear aspect is interesting because often I’d get stuck only to go in another direction and progress that way. It really felt like I was exploring and not just moving from left to right through a series of proscribed obstacles. Of course, I don’t know how many things I missed by doing that – or that I missed anything for that matter. 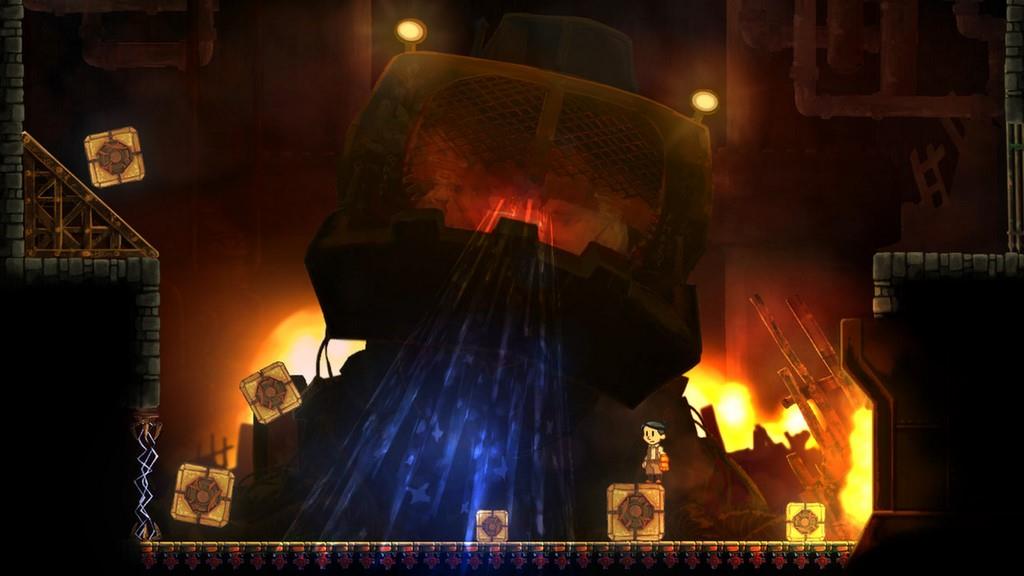 Don’t get me wrong though, there are LOTS of obstacles with often obtuse solutions. I did a lot of trial and error with my various gadgets. It never felt unfair, however. Again, like the exploration, is was more organic. It felt like I was just fumbling my way through Teslagrad, never conquering anything, and only ever surviving by the skin of my teeth. That’s a hard trick for a game to pull of effectively. In most games where trial and error, just barely surviving, and escaping more than conquering, are the way of things, it just comes off as poor game design – or I’m just playing a survival horror game and being reminded why I don’t like them.

And that’s really all there is to Teslagrad. It’s just a very good old school platformer whose gameplay, level design, and art direction are cohesive and well-integrated. There is a story and it’s interesting, but it’s not really the main draw. Nope, Teslagrad’s main draw is the mental gymnastics required to successfully play and complete it. When a game gets that right – as Teslagrad does – it doesn’t need anything else.

You’ll need to refresh your 8-bit platformer skills to survive the tower in Teslagrad, but doing so is well-worth the effort.