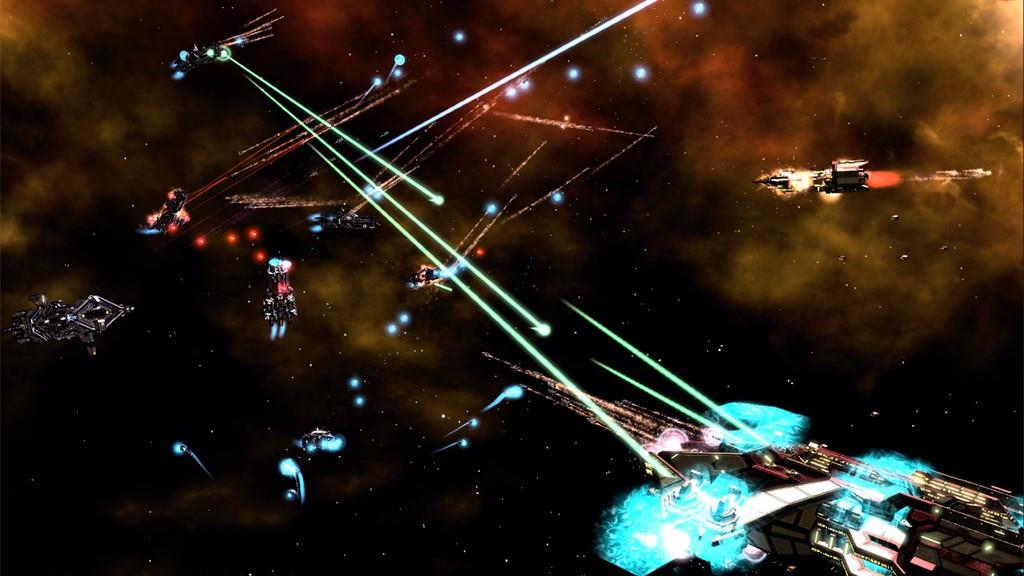 Written by Tom Bitterman on 6/4/2015 for PC
More On: Galactic Civilizations III

Galactic Civilizations III (GalCiv3) is a big game, and it took a while to poke through all of its nooks and crannies.  I could probably continue doing that for a few years but this review has to get written at some point.

I suppose a space game ought to be big.  You know, given how big space is, and how small gamers are, relatively speaking.  Even your initial planet is small compared to the galaxy.  You will need to send ships out to explore the vastness of space, uncovering new star systems and exotic resources to fuel your expansion.

Luckily you have saved up a few bucks from before the game started, so you can rush-build things to start you down your path.  Industrious players can splurge on a factory, tech-oriented players can slap together a research center, and would-be conquerors can kit out a war machine.  This is a nice touch in a 4X game, where most of the time the first few dozen turns can be deadly slow.  GalCiv3 allows you to start along a path right away and see immediate benefits.

The basics of game play will be familiar to anyone who has played a space-based 4X game before, or indeed anybody who has played a 4X game of any type.  This is not a game that attempts to set the genre on its ear.  Instead each facet, exploration, expansion, exploitation and extermination, has been polished.  Each mechanism has benefits and costs, powers and limitations. 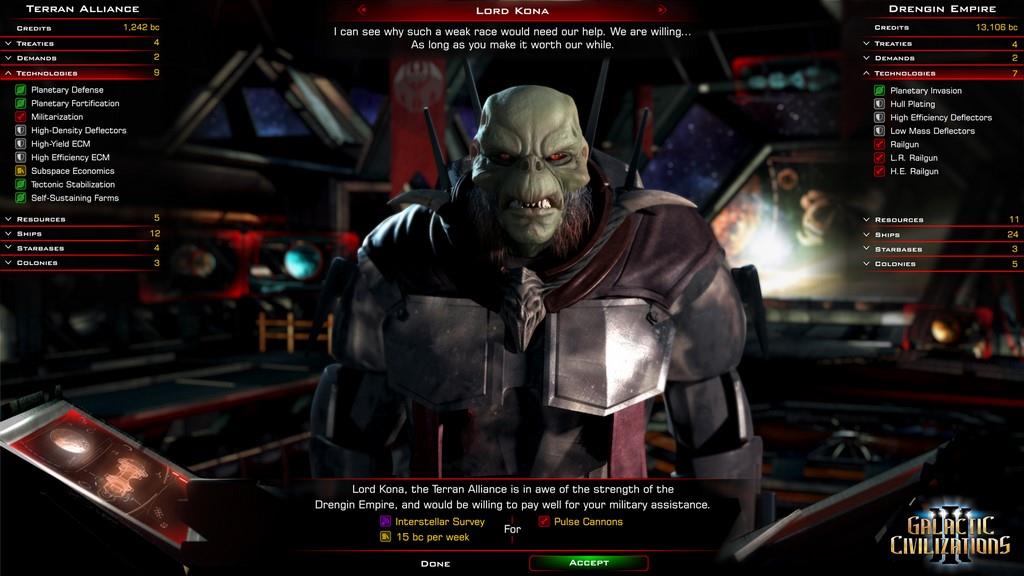 Exploration is done by small, slow, fragile ships with limited range.  Each of these properties can be improved through research and investment, but this takes time and incurs opportunity costs.

Expansion requires even more expensive, even more fragile, even slower colony ships.  Building one has a high cost but they are the only way to build your industrial base beyond your initial planet.

Extermination is where the military comes in.  Militaries are always expensive and it can be difficult to keep what you have conquered from rebelling if you take too much at once. 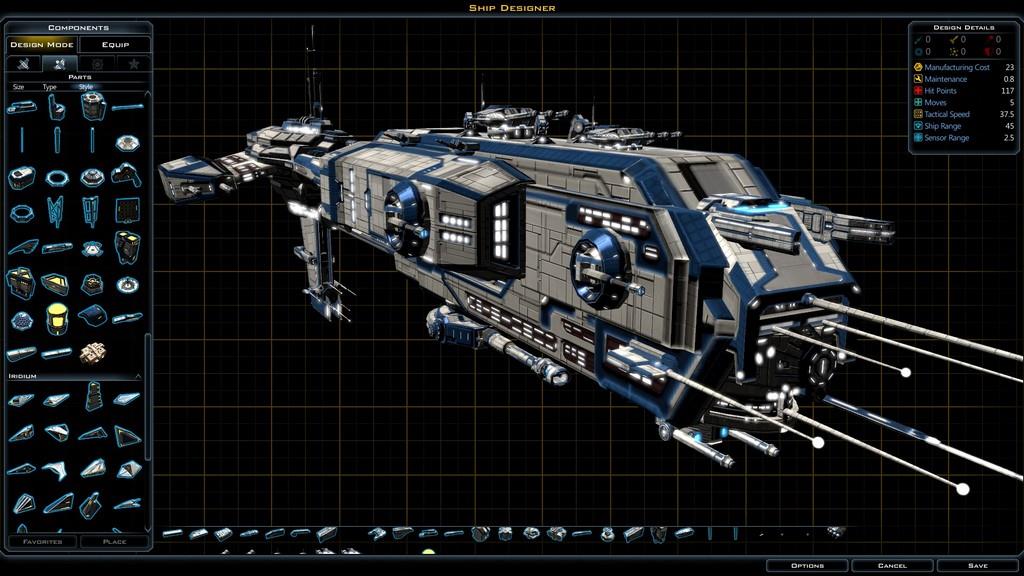 Keeping this all moving is your economy.  Each planet has a set of hexes that can be built on.  Each hex can contain buildings that provide resources – factories provide production points, research labs create new technology, embassies enhance influence, and so.  Putting two buildings that produce the same sort of thing next to each other provides a benefit to both so there is a mini-game to optimizing a planet for a particular good.

The idea of a mini-game runs through the various parts of GalCiv3.  Trade is a mini-game with trade ships and partners.  Diplomacy is a mini-game to set the other races against each other.  Space combat is a mini-game set of a tactical map.  There is always an opportunity to dig deeper into an aspect of the game and find out what makes it tick.  While not exactly requiring micromanagement, your empire will run more smoothly if you know what is going on at all levels.

A note should be made about the ship designer.  This is something you will either love or hate.  It could be a game all on its own, with roughly a zillion options for sizes, weapons, shields, life support, and special modules.  On top of that is the sheer variety of hull types, fins, domes, and non-functional doodads that can be added to your ship to trick it out.  If you are the kind of gamer who likes to customize their forces, this is right up your alley.  On the other hand, this reviewer found the tool amazingly complex and just stuck to the pre-built designs.  It is not clear how much of an impact that actually has on the game's outcome. 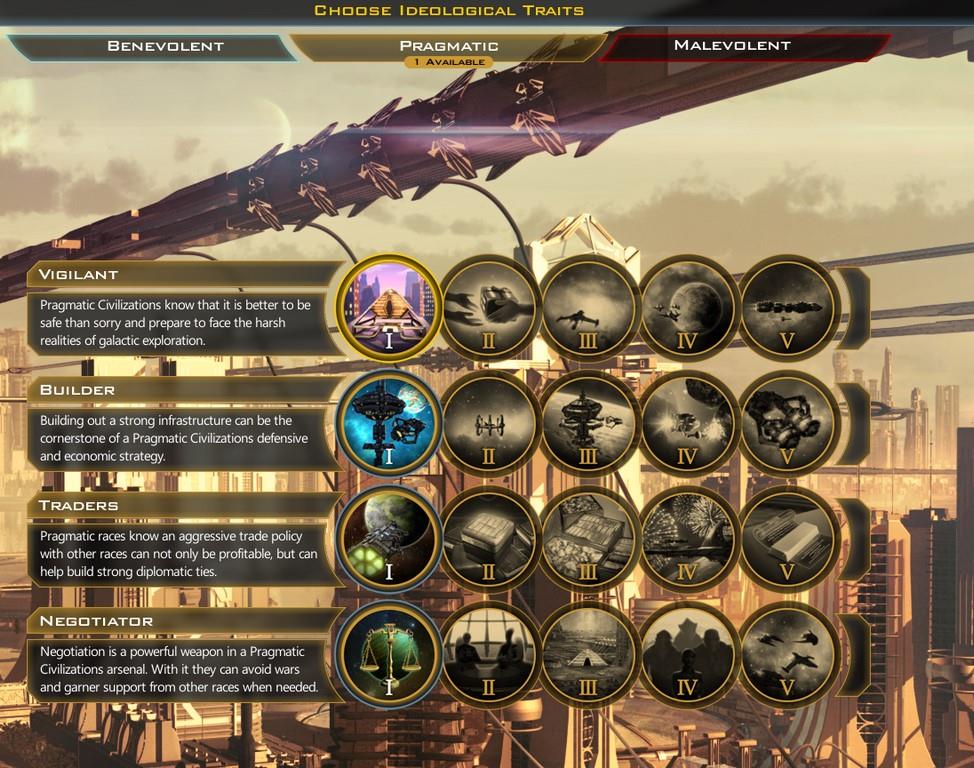 The Ideology mechanic is interesting.  At certain times the game (usually when colonizing a planet) you are presented with choices.  The presentation is just a text block, with 3 choices presented.  Each of the choices has some benefit/drawback associated with it, and each has a label: Benevolent, Pragmatic, or Malevolent.  Every choice incurs some bonus/penalty and earns you points toward that Ideology.  Get enough points toward an Ideology, and you get some sort of benefit.  The benefits are not game-changing, but they are nice and provide some feeling that you are shaping your race through your actions.

The biggest problem with complex games is that bugs tend to creep in.  This is certainly true for GalCiv3.  It crashed to desktop, was missing flavor text, and generally acted wonky.  The tactical battle screen is a good example.  When it works it looks really good.  Until it crashes, or both of the ships fly off-screen (but keep fighting). 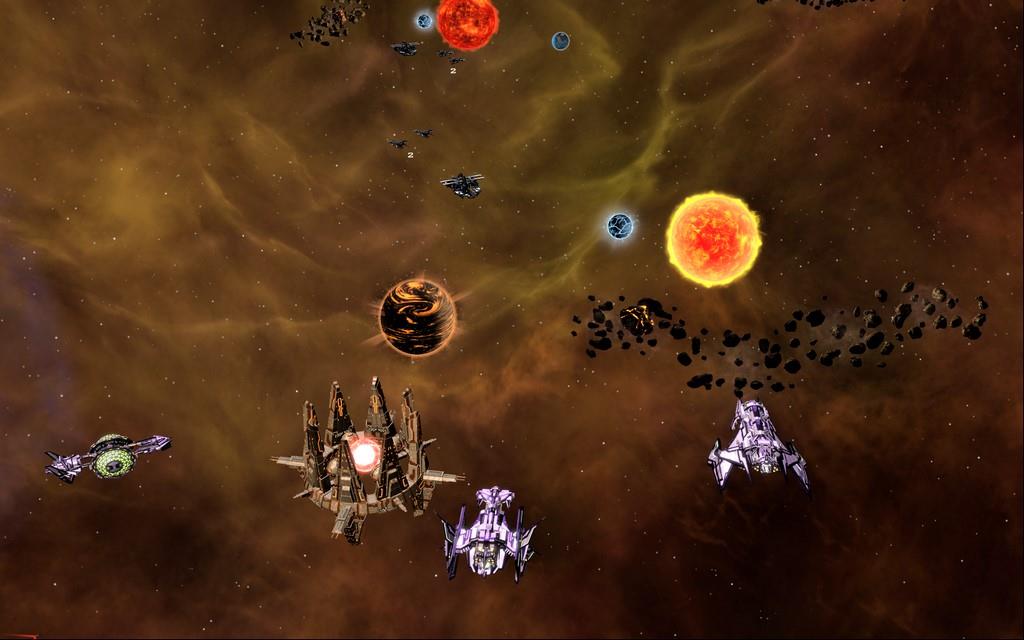 Part of the problem was the manual, or rather the pieces of paper that purported to be one.  Do yourself a favor and wait for a proper manual, forums, a wiki or two, and a strategy guide.  Without this sort of information there is no point in trying to play well, except to play by feel.

In summary, you should probably wait a bit to buy GalCiv3 unless you are interested in a public beta.  Recent patches have improved things but it still has the feel that it was rushed out to hit the summer market.  In its defense, I have enjoyed playing the game through its earlier stages, where it is less buggy and optimal play is less important.  At times it really shines.  It is just that there are currently not enough of those times.

A good game marred by bugs and lack of documentation. Once it is fixed it should be back on top but it does not justify a higher score.