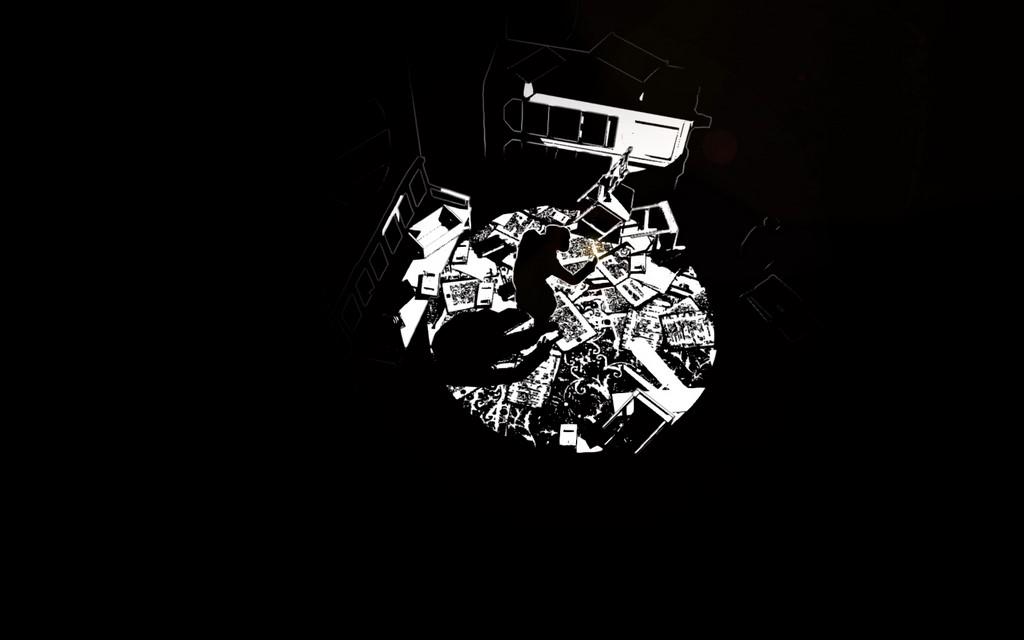 Call me unevolved all you want but my favorite moments in videogames all involve bossing a situation: tossing a stun grenade and effortlessly KOing three guys in the aftermath, calmly headshotting a bad guy through the back window of his car as he drives away, or simply saving the galaxy for the third straight game in a series.

White Night is not that kind of game.

White Night is a traditional survival horror game. It’s you and some matches against a haunted house full of ghosts and any contact with them means death. You’ll not be headshotting anyone.

Right off the bat, the things that set White Night apart from most survival horror games are its art and narrative styles. 99% of the game is in a very dramatic high-contrast back and white color scheme. Black means shadows, darkness, and death; white is light and life. Narratively, White Night owes a lot to classic film noir from the golden age of Hollywood where the men are men and the women are accessories that lead men astray.

While the game’s art style is striking and attractive, I won’t say the same thing about its noir trappings, mostly because the dialogue isn’t what I would call “good.” The game is full of contrived faux noir lines like, “the pain swirled around me like a bunch of birds.” “Bunch of birds” is the dialogue equivalent of McDonald’s catering your party at the Governor’s mansion. That line happens early on and it’s sort of the game speaky low-point, but it lowers the bar for the rest of the game. After “bunch of birds,” literally anything else is better – kind of like how getting shot in your man area makes you forget that you also have a migraine headache.

The rest of its noir-ness, I could take or leave. At White Night’s heart, it’s just a game about a man ran off the road by a ghost, who drags himself to the nearest house for help and spends the rest of the night staving off death with matches and multipart “turn on the light” tasks. And should you manage to turn a light on while a ghost is present, you will permanently dispel it. Unfortunately this old house is just LOUSY with ghosts. You couldn’t swing a cat by its tail in this house without hitting multiple ghosts and you have to run from all of them. A lit match is no defense and should you run out of matches, you only have a limited amount of time to find some light before a ghost slaps you to death.

When you’re not running from ghosts and scrounging for matches, you’ll be creeping around from room to room slowly uncovering the mystery of the house’s former occupants, their identities, and the truth behind whatever tragedy happened there to leave the place super-haunted. 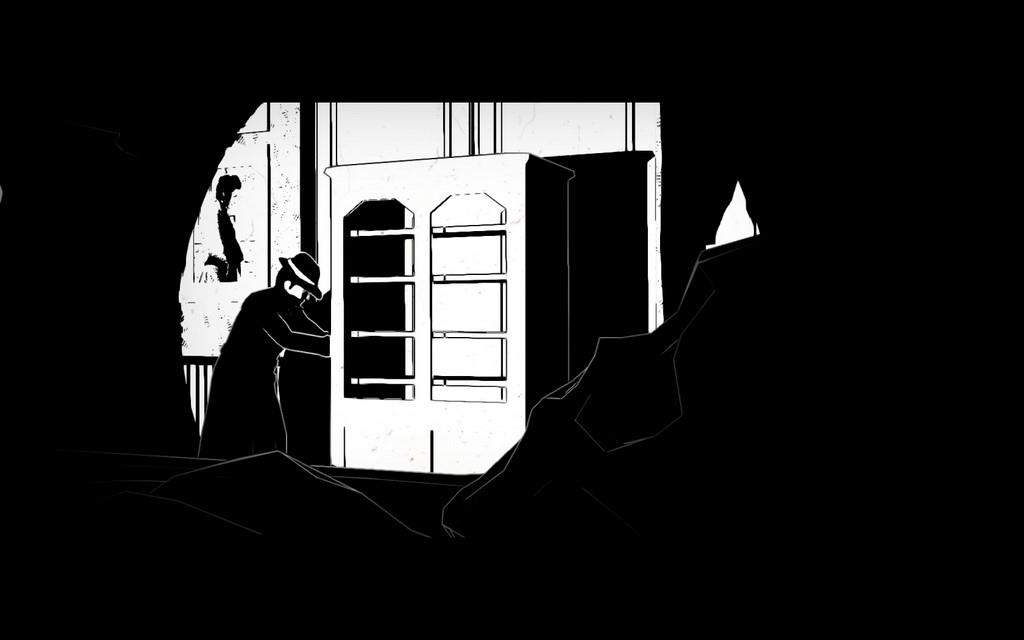 That part of the gameplay is handled via a sort of modern take on the old point-and-click adventure. As you move around, you are prompted to interact with objects. There are paintings to look at (so many paintings to look at), doors you can open (or more likely be told you can’t open because of your injured leg), and lots and lots of clutter that fleshes out the world. Your main goal should always be to turn on the light, or, if there’s a fireplace, build a fire. One of the game’s arbitrary rules is that you can’t interact with anything in the dark – at the very least you need a lit match. Sometimes, the game decides you need both hands to interact with the world so you have to put your match out, and that means finding an alternate – usually electrical – light source.

At times, White Night fulfilled me in a very old school way. Not only are many of the puzzles multiparters with sometimes obtuse solutions, the game is also fairly difficult. Autosaves are uncommon, and manual save points often must be activated by a nearby light source you have to turn on. Also, if you have a lit match, it’s extinguished. You can only carry 12 matches at a time. What do you do if it’s your last one? We don’t get that kind of unapologetic difficulty in games much anymore so White Night deserves credit for that and for building an atmospheric world with an interesting mystery that was entertaining to try and solve. 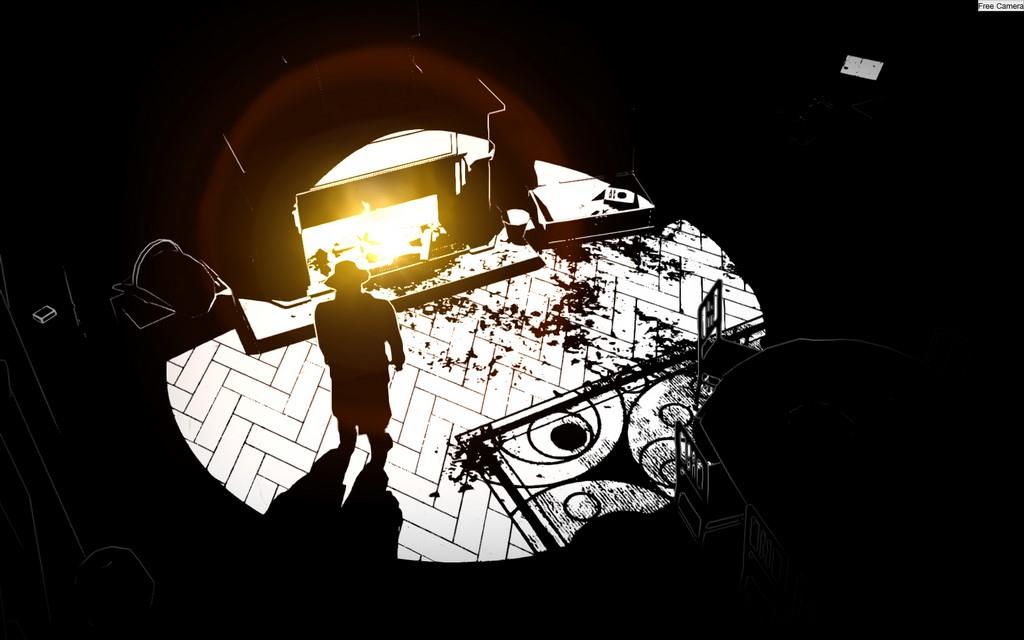 Having said that, however, I have to point out how frustrating the game could be. There often seems like no pattern to the ghosts and it is far too easy to simply stumble into one and die. Then maybe because you had to make a hard choice at the last save point due to low match count, you might lose a significant chunk of time. That chunk of time is artificially inflated by how slowly and awkwardly the protagonist moves. Sometimes, especially early on, it made me want to pull my hair out. Making movement even more hair-pulling is the way the camera constantly flips and twists and turns and how movement controls are relative to it. Left can become up, then left again, then down, then up again all in the space of 10 seconds. The game can be scary enough on its own without trapping you in such a camera-based nightmare vortex.

Ultimately, I feel like White Night was a positive experience. It could be frustrating at times, and don’t get me started on the dialogue; but it looked good, sounded good, contained some truly gorgeous musical numbers (if you’re into smoky-voiced lounge sirens), and played pleasingly old-school.

If you ignore the insipid faux-noir dialogue, you’ll find that White Night is a pleasing old-school survival horror gameplay experience with a sharp visual style and an intriguing story.