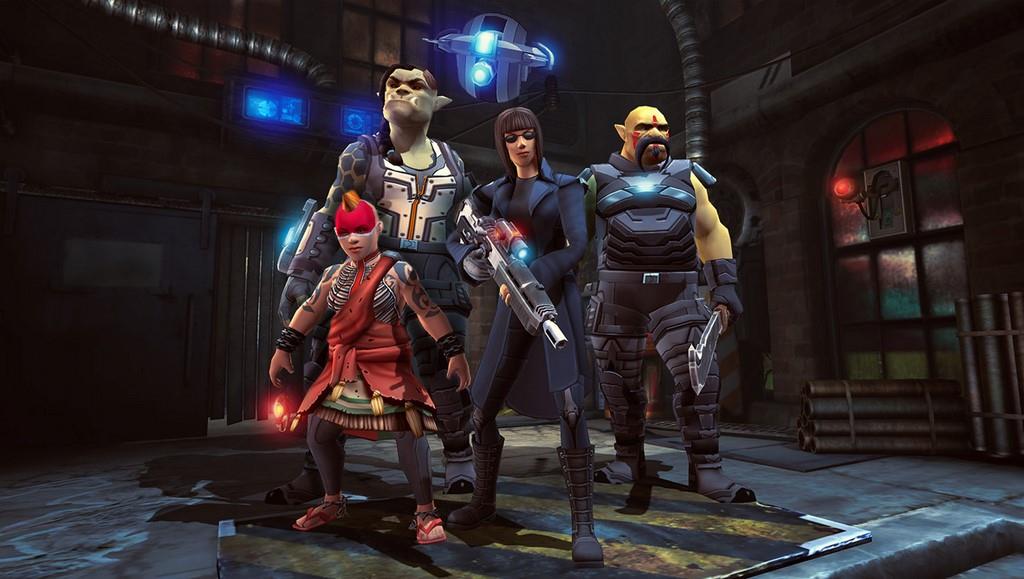 Written by Rob Larkin on 5/19/2015 for PC
More On: Shadowrun Chronicles: Boston Lockdown

I can't really comment on Shadowrun Chronicles: Boston Lockdown without often referencing and drawing comparisons to XCOM, because frankly, I can't see how the changes to the Shadowrun universe present in this game were anything but an intentional attempt to mimic the style and gameplay of XCOM. And that's not necessarily a bad thing. When it comes to tactical strategy games, XCOM is pretty much the gold standard.

The world of Shadowrun dates back to the late 80's with the pen and paper D&D style fantasy game. It is a world set about 50 years in the future where the conclusion of the Mayan calendar saw the return of magic into the world, and with it Orcs, Elves, Dwarves, Trolls, Dragons, and the like. It smashes the fantasy and sci-fi genres together and wraps it in a steampunk trench coat, a place where you can cast spells while wielding nano-augmentations and look good doing it. My first experience in that world was in the early 90's with the first Shadowrun game for the Super Nintendo. While I only have the vaguest of memories of that game, the Shadowrun story has spawned a following and a culture than spans decades and various forms of media. Shadowrun Chronicles: Boston Lockdown is the latest entry and similar to 2013's Shadowrun Returns and last year's Shadowrun Dragonfall it takes the game back to it's roots of the isometric tactical strategy game. However unlike previous versions, this game zooms the camera in close, puffs up the character models to more cartoonish proportions, and takes most every page out of XCOM's book for the look and feel of the missions and combat. It basically is XCOM in the Shadowrun universe.

So what does this game do well? First off, the character creator and class abilities are actually better than XCOM. While there are complaints that the stats bonuses form the character creator don't really effect the progression enough to really matter, I'm not really bothered by that because I might want to be an Orc but not get stuck into the Orc archetype. Just because I'm big doesn't mean I have to be a brute. So while the stat bonuses are minimal and most of the character creation is just putting a pretty skin on a generic form, that's fine by me, because the real differentiation in the game play comes down to the weapon styles you choose to foster. There is a huge difference in the strengths, weaknesses and abilities of a Decker, Street Samurai, Summoner, Mage, etc. The choices to make for your primary and secondary weapons, and the choices you make in the weapon types of the party you build for each mission can swing the tactics of a given skirmish wider than anything I remember from XCOM. In XCOM, you have a group of soldiers or a drone, and until late in the game what differentiates the soldiers most is just the range and strength of the their gun. However, the strategy for each weapon type in Shadowrun Chronicles creates a much more interesting difference with melee attacks, ranged attacks, and even calling forth drones or spirit animals to fight alongside and level the odds a bit.

On the other hand, how you actually can use those weapons does take a backseat to XCOM. There is no "Overwatch" type feature, where you can take cover and wait for an enemy to come into range to take a shot. Either you can reach them or position yourself for a high percentage shot this turn or you must wait for the next. This takes a large element of the strategy out of play. I found that the patient play of using cover and positioning to its fullest that was a hallmark of XCOM takes more of a backseat to sending in melee characters and hacking down foes. 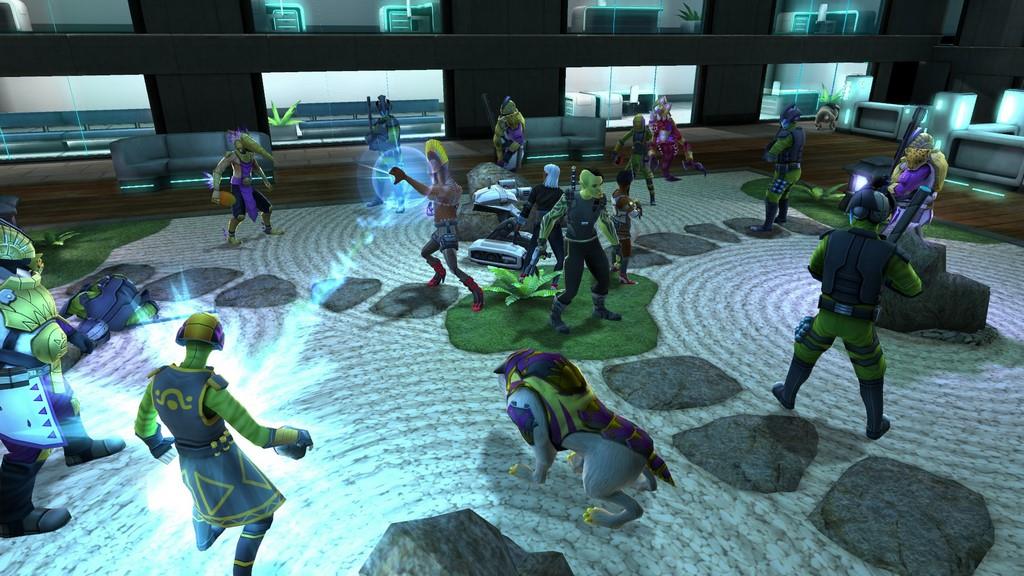 Also, Shadowrun Chronicles is a game that really doesn't take itself too seriously. While that has some advantages in that the character creation can get a bit wacky and much of the world as a fun and campy feel to it, it also has a darker side. The game never really gives much weight to its campaign. There is no penalty for dying in a mission. As long as one party member can limp to the green zone that marks the exit, even if surrounded my enemies ready to deliver a kill shot on the next round - mission success! Your hero may have fallen a half dozen turns back and left for dead long ago, yet in the next cutscene of dialogue they will be chipper as ever tossing back one liners with 'tude. Death will do that to a feller I guess. There's no real continuity to the missions either. Early on you get a series of sequential tasks: steal an ambulance, infiltrate Fenway, get the goods, and escape. But with each task as a separate mission you can completely change up your party. So you're dead in the smoldering wreckage of the Fenway gift shop but one of your party members manages to stumble through the exit door and voila! Teleported safely outside with a entirely different crew and back to full health. The magic is strong in this world I guess. There is a plot that weaves its way through these missions but the lack of continuity in missions that are intimately connected really pulls the gamer out of that story and fails to create depth or immersion into this vibrant world. Also, the side missions do little to push the narrative. They are mostly just more chances to fight the same types of enemies for a little bit of loot. The game ends up feeling more like a series of unconnected tasks than a coherent thread.

Combat itself rarely presents much of a challenge other than that of overwhelming odds. Take it slow and pick off a few enemies that come into view at a time and most missions are a breeze. Rushing forward to trigger more than your party can handle leads to a quick death. Well, I guess not death, because you can just try again with the same party members with a few clicks and no penalty. 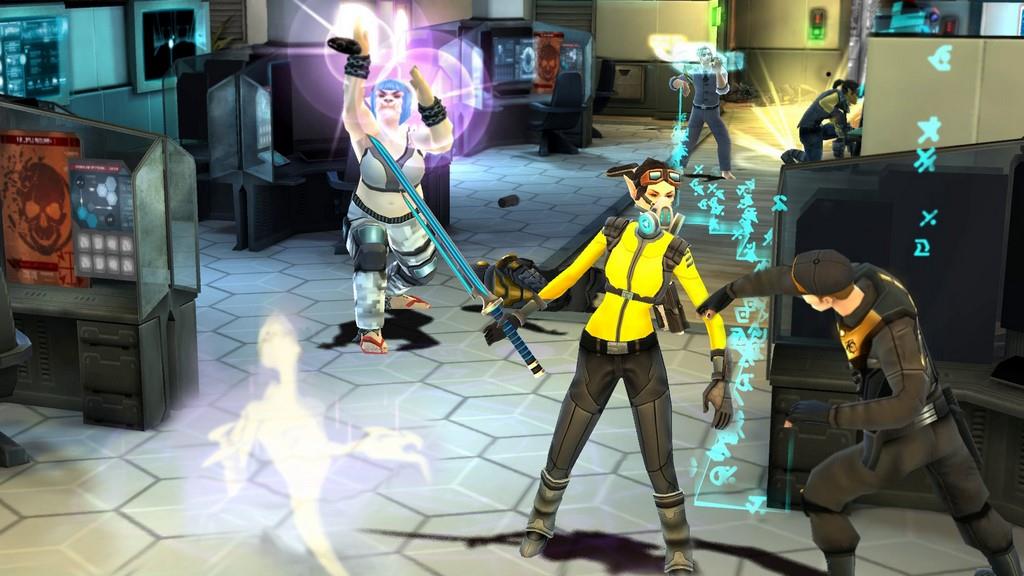 The hook for this edition in the franchise was the 4 player co-op experience. The major advantages this 4 player co-op provides is the missions move much quicker by only having to manage one character per round and co-op players are much more well equipped and powerful than the stock companions available as a single player experience. As mentioned, the biggest shift in tactics in the game is from the weapon choices and every real player gets to take two of these into each mission, while the stock choices as single player companions only get one. However, there isn't really any sort of auto matchmaking. You can get a friends list going or invite people on missions, but often the only way to get a party together seems to be awkward spamming a requests in the global chat window. I'm not really sure that this game needed multiplayer or global chat as much as this is just the age we live in, but it's there and it's social. I would rather have more refined combat, destructible environments, and better enemies than FaceBook chat inside my Shadowrun, but I'm not a millennial so maybe it's just my crotchety old man-ness grumbling through here.

Finally, in some ways this game still feels a bit like a work in progress. It spent the first week suffering from such severe lag that the game was unplayable in parts and you would get kicked out routinely on server resets. That was patched, but even two weeks after launch there was a "game data change" where they nerfed the Karma you use for leveling up and tweaked the drone class. It's one thing is this was a big PvP shooter with exploits but for a much more straightforward tactical strategy game to have to be tweaking and balancing so much after launch is a little bothersome. The feel of the game is enough of a departure from Shadowrun Returns that I almost get the sense that time will pass in a similar manner, in that about a year from now with expansions and whatnot a really solid game will emerge, the way Shadowrun: Dragonfall followed the foundation of Returns and provided the fulfilling experience and story that Returns just missed the mark on. I guess the real pitfall here is that if you're trying to build your game around a social community and multiplayer co-op, you best not run off that community fumbling through your first few weeks. Time will tell how this all pans out.

In the end, the game is fun to play because it has mimic'ed one of the best in the genre. It lacks some of the depth or consequence of XCOM but offers a wider variety of weapon types and a broad customization palette. But if you liked XCOM and are looking for something similar or really wished you could play XCOM as a transgendered Troll wielding a Katana, I don't think you'll be disappointed with Shadowrun Chronicles: Boston Lockdown.

Shadow run is a campy romp that doesn't take itself too seriously. Its fun to play through, but only mimics (and doesn't quite stack up to) the exceedingly excellent XCOM. There is better weapon class variety, character customization, and a few other points where it might exceed its muse, but it measures up just a shade below on most other occasions.