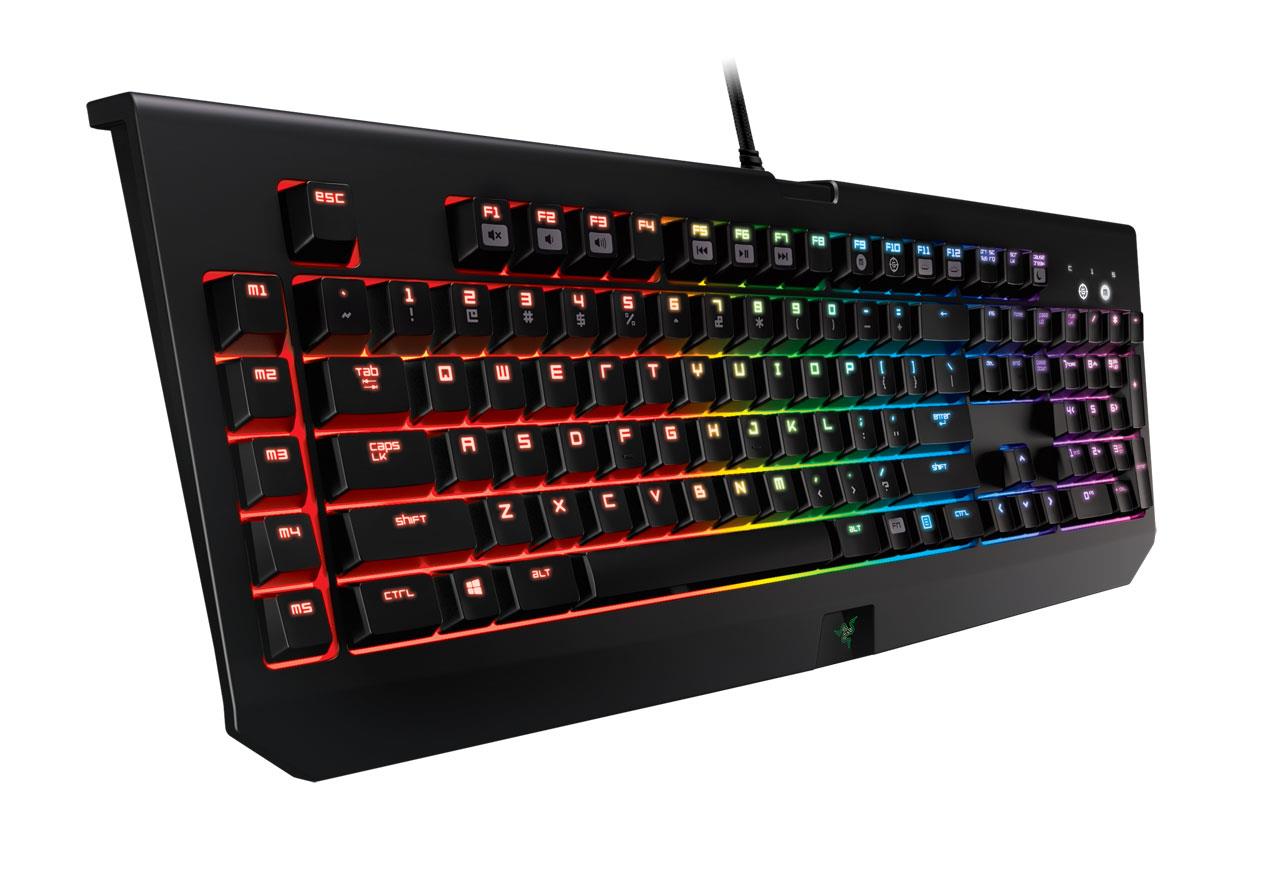 The Razer BlackWidow Tournament Edition Chroma mechanical gaming keyboard as its name suggests is aimed at tournament gamers or anyone looking for high quality compact keyboard. While nearly identical to the Razer BlackWidow Chroma keyboard, the Tournament Edition significantly shrinks the form factor by removing the macro keys and numpad in favor of portability. The keyboard is the perfect form factor for easy transportation not only to tournaments but any place or event in which you require a compact mechanical keyboard. Razer further proves the portability of the keyboard by including a tough shell carrying case that includes a built-in handle and zipper for complete enclosure. 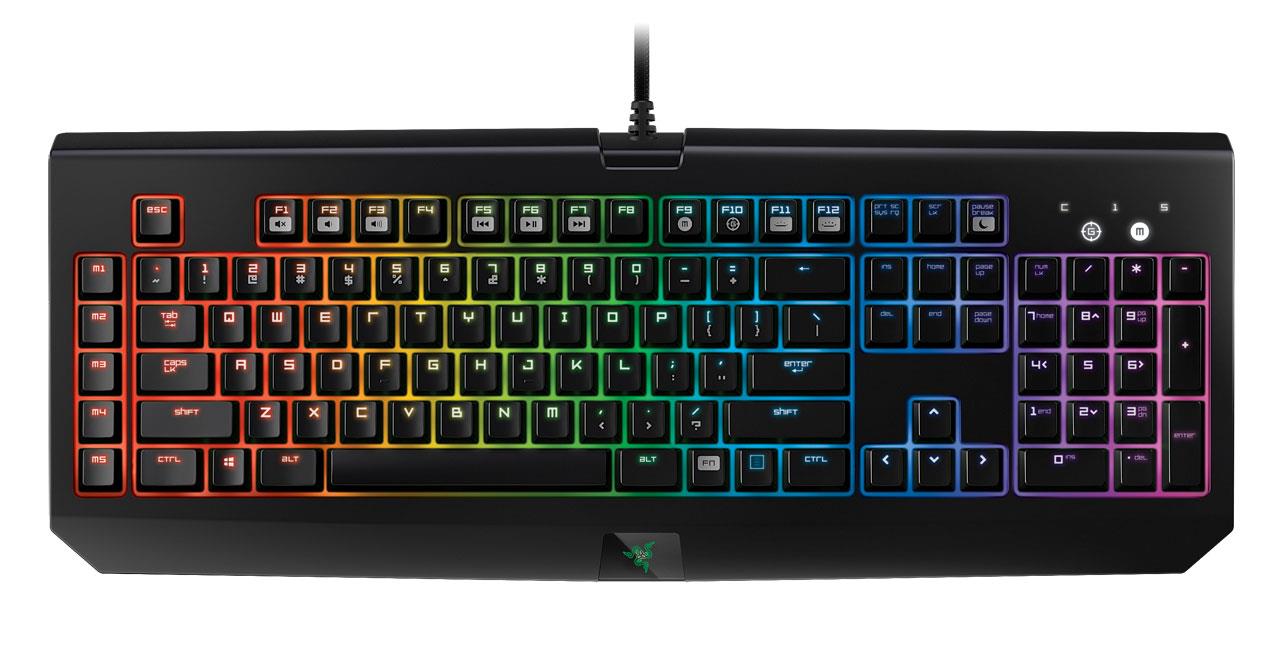 The keyboard follows the traditional Razer theme of matte black and green logo along with its signature futuristic font choice. Razer's build quality ensured there weren't any hints of flex while typing or while held in hand. In fact, the keyboard feels study while also being lean enough to carry around without adding too much extra weight. The included braided and detachable cable only requires a single USB port to power the keyboard and is plenty long enough for plugging into the back of cases. The entire enclosure of the keyboards is housed in a matte finish with the only glossy aspect being the Razer logo. The keyboard bottom contains four rubber feet as well as two foldout stands to tilt the keyboard for a steeper angle.

As with Razer's other Chroma series of products, the customization options in the included Razer Synapse 2.0 software is impressive to say the least. Not only can users pinpoint a certain color among 16.8 million options, but also select from an array of lighting effects ranging from spectrum cycling and breathing to reactive and wave. If the spectrum cycling option is set on two Razer Chroma products, such as a keyboard and mouse, they will actually match each other's color hue. Razer Synapse also includes a Chroma Configurator tool that allows users to set effect layers, templates for certain games, and set colors and effects for certain areas of the keyboard such as the WASD and arrow keys.

While the matte finish of the keyboard was a highly welcome featured compared to glossy surfaces, it still attracts finger grease and can easily be spotted after just a week of use. The only real downside to the keyboard is the exclusion of any extra USB ports for plugging in additional hardware, which was most likely due to keep the keyboard a portable form factor. Aside from those minor points, the keyboard exceeded all expectations of great build quality.

During the review period, the keyboard was tested extensively in the areas of gaming and daily typing tasks. With gaming, the keyboard was put through its paces with recently-released Grand Theft Auto V on PC. Gamers can rest easy as the keyboard's compact size doesn't impede gaming performance as the keys are perfectly spaced together and deliver tactile and audible feedback. While the Razer Mechanical Switches are their own custom creation, they feel and sound closest to the Cherry MX Blue key type. Their feeling in pressing them down feel a little more sensitive than Cherry MX Blue and sound a tad louder than MX Cherry Brown. After coming from a Logitech MX Cherry Brown keyboard, it only took a day to become accustomed to the Razer Mechanical Switches in regards to both gaming and daily typing tasks.

While there were a few instances where the mechanical switches felt a bit too sensitive, for the most part they performed excellently with running around in Los Santos. Typing as well felt great due to the keyboard's tactile and audible feedback versus the often spongy performance with membrane keys. Mechanical switches are a difficult area to judge as each individual has their preferences regarding the tactile and audible feedback. Overall, the keyboard was a pleasure to use after becoming used to the Razer Mechanical Switches.

After a week of extensive use with the keyboard, all expectations were met in regards to past Razer hardware build quality and performance. The Razer BlackWidow Tournament Edition Chroma is a great purchase for gamers in the market for a compact and high quality mechanical keyboard.

The Razer BlackWidow Tournament Edition Chroma keyboard is available now for $139.99 through the online Razer Store and exclusively in retail at Best Buy USA and Canada.

Gamers in the market for a high quality and compact mechanical keyboard need look no further than the Razer BlackWidow Tournament Edition Chroma. Both excellent build quality and performance in games and daily typing tasks make for another great hardware release from Razer.