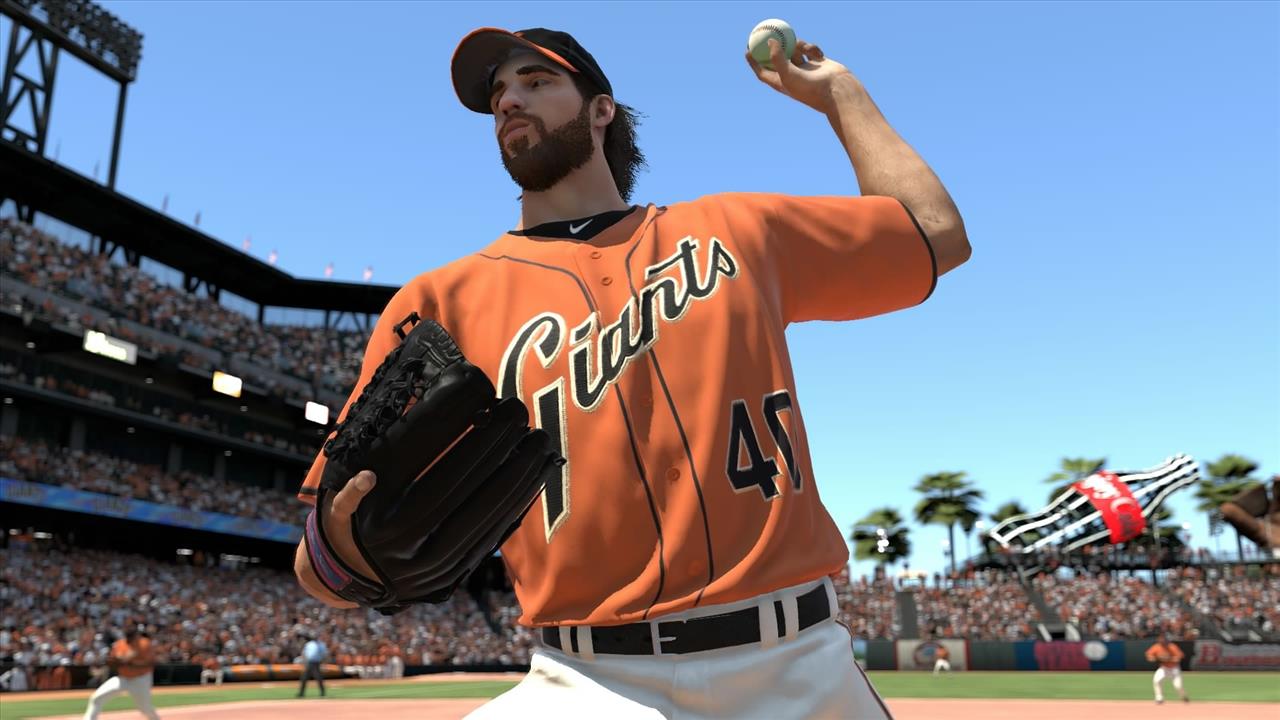 MLB 15: The Show is a lot like putting on an old baseball glove at the start of the season. The feeling is exciting, yet familiar. It’s a nostalgic fondness, one that signifies the beginning of America’s pastime. But it’s also an emotion that you’ve felt before, one that you always get as the snow begins to melt and when lawnmower engines start to roar. There’s not a lot new in SCE San Diego Studio’s most recent entry into their renowned franchise, but that doesn’t keep it from being a great baseball sim.

Presentation-wise, MLB 15 has hit it out of the park. Each player now has his own unique skin tone, the grass and dirt at Fenway now looks different than it does at Tropicana, and the sun in the sky and the shade on the field now reflect the time of the year. It’s clear that a lot of effort has gone into checking a few more boxes on a realism check sheet, a few more checks that bring it frighteningly close to looking like the real thing. Even now, if it weren’t for a pitching meter or strike zone tracker, people walking by may think you’re watching a baseball game on TV. The presentation isn’t quite perfect though. Matt Vasgersian, Eric Karros, and Steve Lyons return as the commentators, and their rapport and enthusiasm seriously lack. It wasn’t long before the recycled dialogue became annoying and experience breaking.

Folks who love Road to the Show may be disappointed to hear that the presentation work hasn’t seemed to carry over to the popular game mode. Sure, over time you’ll earn separate licensed equipment items like gloves and bats that will give buffs to your stats, but other than that, everything feels relatively the same. That’s not to say that the mode isn’t still fantastic, however, because it is. It’s still just as hard not to get wrapped into the “just one more game” mentality. My relief pitcher, Cobra Big Daddy, has slowly climbed the ranks to become a AAA closer for the Houston Astros. Leveling up my cutter’s velocity while making sure my 12-6 curveball’s movement rivals that of Clayton Kershaw’s are my primary focus. And thanks to training points earned from games and training sessions, I've definitely gotten my role-playing game fix. Add in the fact that you can now transfer over your saves from MLB 14: The Show, and continue to do so for future entries into the series, and I have no doubt Cobra Big Daddy will break Mariano Rivera’s save record.

Fortunately, franchise mode feels like it received a little more love than Road to the Show this year. When I took control of the Oakland Athletics to try and do what Billy Beane hasn’t and win a World Series, I was glad to find a few necessary changes. First off, trade logic has been completely revamped to better match real-life GM decisions, and I could now find trades instantly through the new trade finder. Additionally, as I progressed through the season, I started to earn corporate sponsorships that added to my budget whether through TV placements or equipment on players. It wasn’t long before the Under Armor logo was riddled on my screen while my players flashed their new Nike cleats in an attempt to steal a base. What’s more, GM goals and contracts, which vary depending on the team you’re on, now allow players to get rewarded (or fired) for their performance.

The core gameplay remains relatively the same, save for the added directional hitting, which allows you to negotiate your swing path to influence where the ball will end up. It’s especially useful when combating the new shift defense that baseball teams are starting to adopt, but I didn’t notice a drastic difference compared to if I ignored the feature altogether. For hardcore players who were accustomed to lining up the bat with the ball, it seems like an upgrade, but I don’t see more casual players utilizing it much. 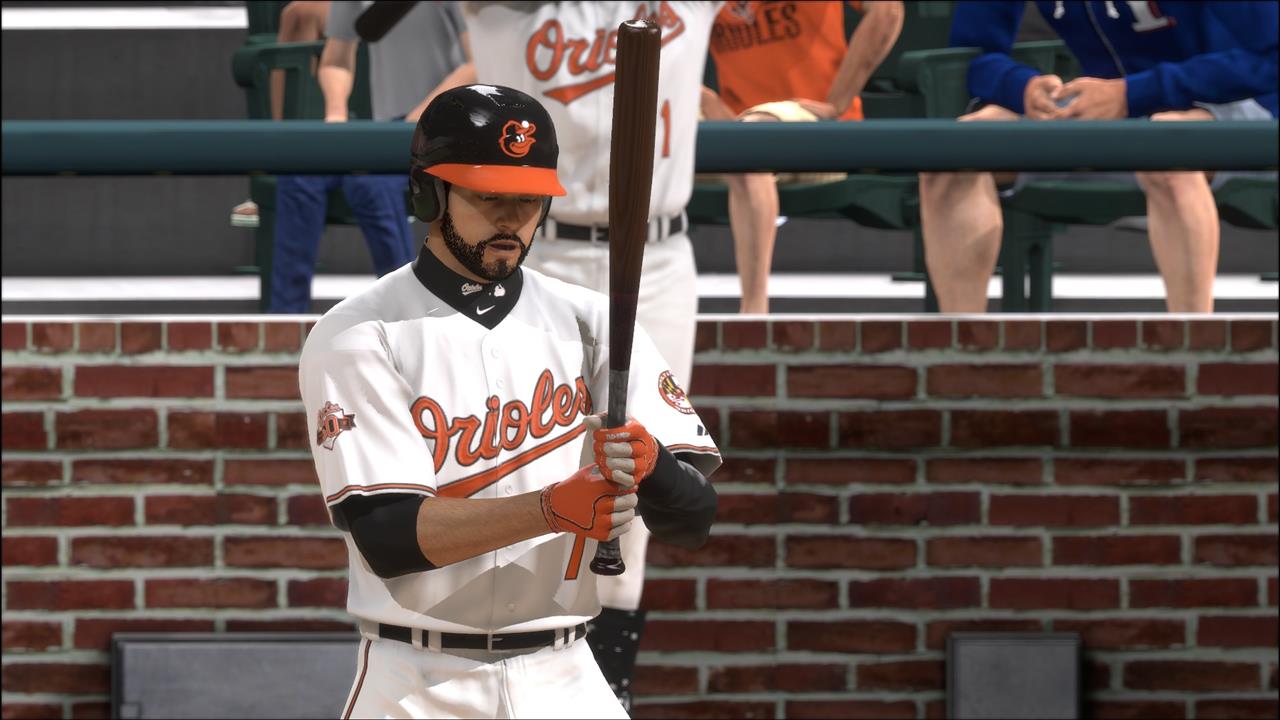 Perhaps the biggest surprise for me was the revamped Diamond Dynasty mode. Going in I was skeptical because I gave the mode a swing back in MLB 12: The Show, and again in 14, and was never really interested. Fortunately, thanks to the complete rehash, it has sunk its teeth into me and is something I’m constantly thinking about when I’m not playing—like right now. The mode was stripped down and simplified. Gone are contracts and teams made up of created players, and added are a staple for the sport: baseball cards. You’ll create a team—I named mine the Syracuse Humpback Whales—and collect more cards as you play games against the CPU or other players. After you complete a game, you’ll be rewarded with random player cards that can range from common (backup players) to diamond level (Miguel Cabrera, Mike Trout, etc.) while also earning stubbs, the universal currency earned in The Show (which can also be purchased with real money if you’re into that sort of thing). You can then take these players and either insert them into your lineup, sell them at the marketplace, or use them to “feed” your one created Diamond Dynasty player to increase his stats. The intricacies of the mode may sound complicated at first, but once I got the hang of it I couldn’t quit.

Of course, when you play others, whether through Diamond Dynasty, online franchise, or quick play, you’ll be at the mercy of the servers. In MLB 14, that wouldn’t be a glowing sentiment, but in 15, I was happy to find that the servers—though still not perfect—have improved. There’s still sometimes a slight hitch when the ball crosses home plate and the batter swings. And when the difference between a home run and a strike is mere milliseconds, it can get frustrating. But when it doesn’t, games run just as smoothly as playing side by side with a friend.

It’s hard to hold the lack of revolutionary changes against MLB 15: The Show. The bar for not only baseball games, but for all sports games, has already been set high by the folks at SCE San Diego Studio. Any additional changes at this point feel like hitting a few more home runs in a season where you’ve already hit 40. People looking for drastic changes to Road to The Show or Franchise mode, however, may be disappointed with this PlayStation-exclusive baseball sim.