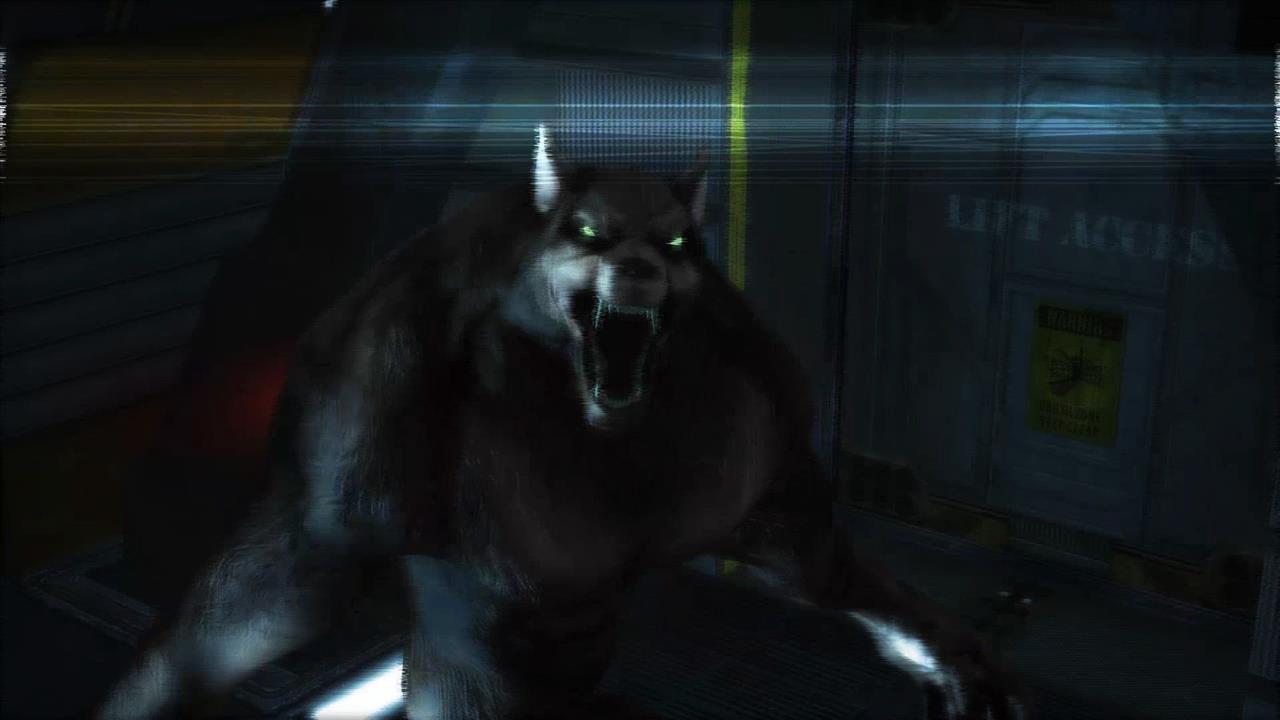 One would imagine that it was a pretty quick meeting when the concept of Infinity Runner was pitched at Wales Interactive. I mean, who wouldn’t jump behind the idea of werewolves in outer space? The concept alone lays the groundwork for an intriguing game with a ton of potential. Unfortunately, very little of that potential is met in the world of Infinity Runner. The game does a great job of bringing the sense of speed and urgency that is a staple of the endless runner to consoles, but it also brings a lot of other things that knocks it off of its A game just when things seem to be hitting their stride.

Imagine waking up and not knowing where you are. You’re alone, naked and have zero recollection of what has happened to you. All that you hear is a voice in your head that tells you to run. More than likely, you’re going to do just that: Run. This is an exact description of how Infinity Runner begins. Once you start running, theoretically, you’re not supposed to stop. If you stop, your capture and/or death is certain.

If you have ever played an endless runner-style game on a mobile device, you should know exactly what to expect here. Your character is constantly moving in a forward motion and you have to dictate when he dodges, slides, or jumps to avoid a variety of environmental hazards and enemies. The controls do take a little getting used to, but once you become familiar with them, they become second nature. It feels natural to flow from a long jump directly into a slide and to catch the quick 90-degree turn at the last second. This is by far what the game does best, and it is the most enjoyable when you are sprinting at your top speed through a series of narrow, winding hallways. Things don’t stay there though; Wales Interactive tries to mix it up a bit and add some variety to the experience, which becomes more of a detriment to the game than anything. 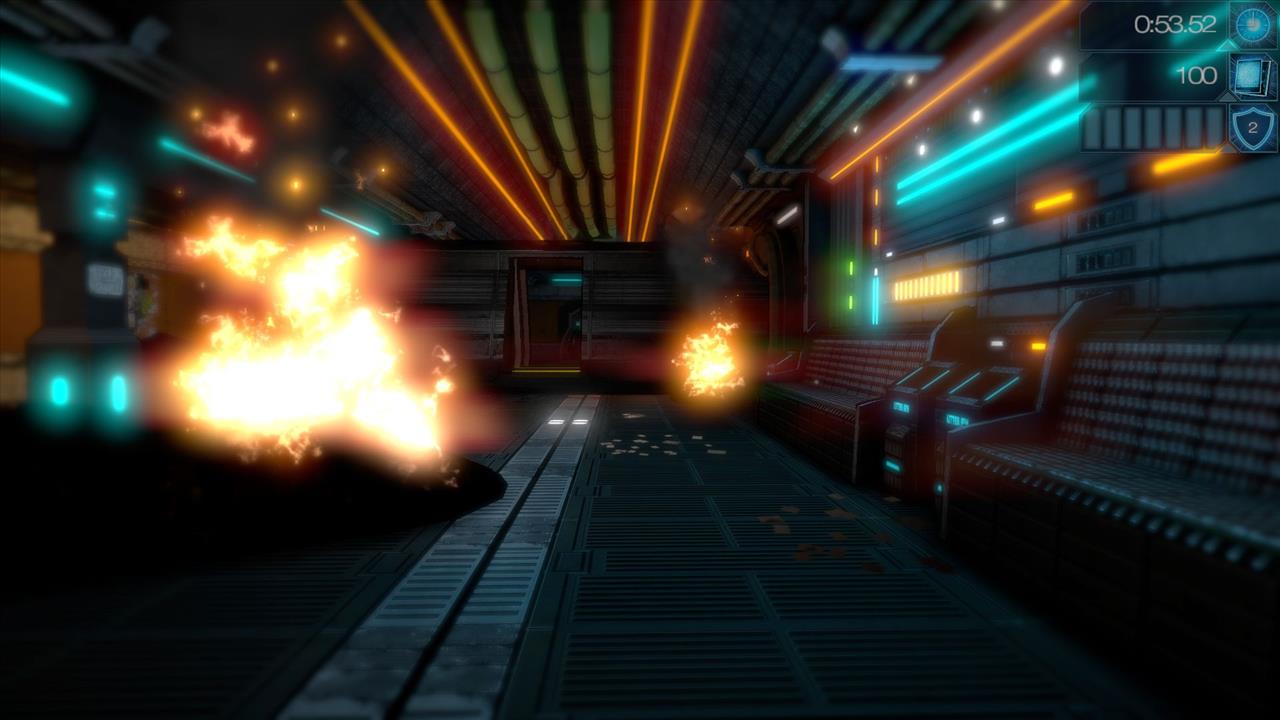 One of the first things that they add in are combat sequences. The combat in Infinity Runner is really a conflict of interest. This is a game about running after all, and picking up an insane amount of momentum on your path. With the game centered so much on that concept, it seems really strange that the combat sequences bring the action to almost a complete stop. They’re slow and uninteresting and ultimately do nothing but take the game out of its groove. Plus, all of your attacks are basically executed as if you were standing in front of an opponent and going head to head. Why wouldn’t you use your momentum like in Mirror’s Edge? Why wouldn’t you use the environment and your inertia to strike more deadly blows? It doesn't make sense that Infinity Runner doesn't.

Instead, all of your combat interactions are done via quick time events—and in slow motion. The results are a series of punches or kicks and an occasional throw. They aren’t difficult to perform by any means, aside from the manner in which the game throws the same button sequence for a fight at you 15 times in a row, to the point in which it becomes memorized, and then switches it up on your next encounter. I would argue that this is more frustrating than it is challenging. Once they’re over with, it feels like you are starting at square one in terms of building up your momentum again. The entire ordeal just feels extremely out of place.

Another concept that seems to intrude on the experience is what one would think could be the games most intriguing characteristic: Werewolves. Yes, this game has werewolves in space, and their inclusion is seemingly a matter of fact. There is apparently a werewolf loose on the ship that everyone is afraid of, as well, which you will have to avoid on your trek. You can also turn yourself into a wolf at times to enhance your abilities and senses. This would seem like an ultimate opportunity for some great gameplay concepts, but the game really takes things away from you when you turn into the wolf. Combat sequences, which were already odd, are made completely automatic and the game will automatically turn corners for you. 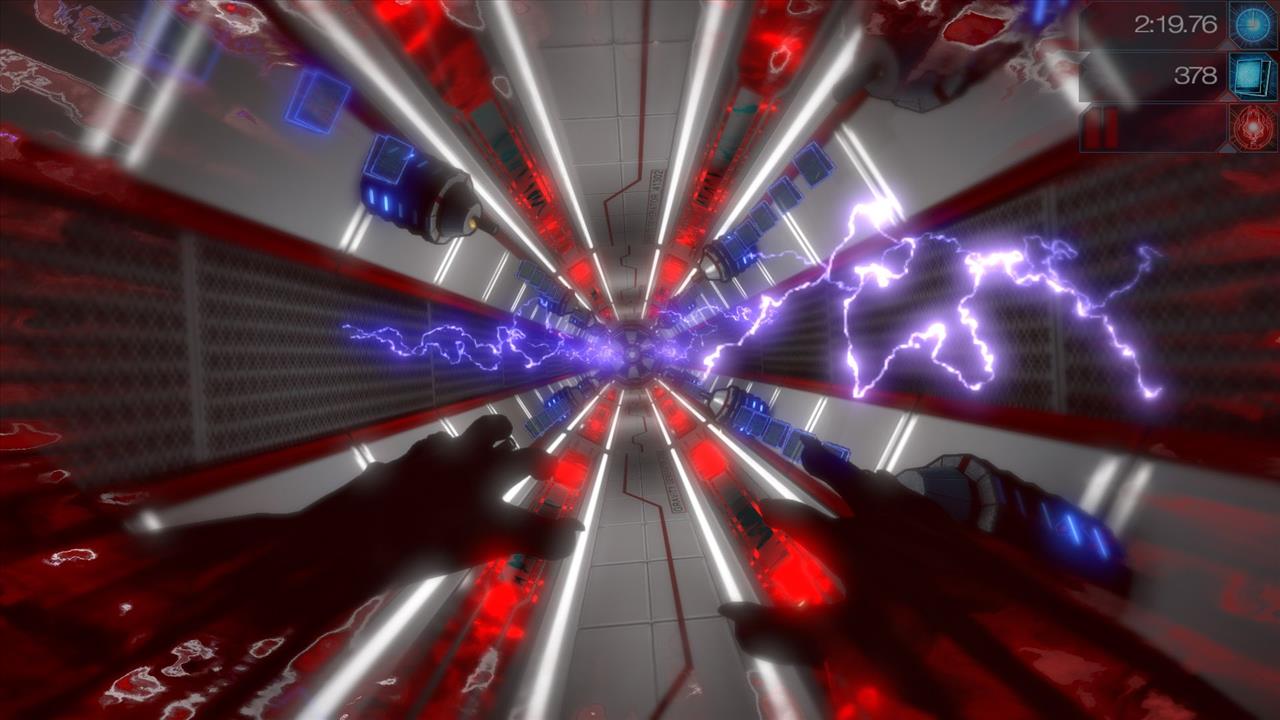 There are only two added abilities that you get in this form, and neither one adds anything of value. One is to run on walls, which are few and far in between. The other has you bursting through specially marked walls and entering either a free-falling or straightaway section of the level. The straightaways are much simpler than the traditional pathways and don’t challenge you at all. When you go into the free-fall segments, the controls feel incredibly unresponsive and things really slow down.

There is the whole collection mechanic that is based around these digital packets that are spread around the game. I don’t have a problem with the packets or collecting them, as they do add another level of enjoyment as you attempt to tailor your runs to grab them all. However, in a game that tries to push its narrative as much as this one does, you are never given a reason for gathering them. The strange woman that is guiding literally tells you, “Oh yeah, grab all of those things that you see.” No explanation. No reasoning. It felt extremely tacked on and served no purpose other than to gain an extra life.

In the end, I can’t say that there isn’t fun to be had in Infinity Runner—because there is. Especially when you hit the segments where you are running at full speed and bouncing over and under obstacles in rapid succession. However, those moments are repeatedly interrupted and brought to a complete halt with other moments that aren’t nearly as fun. There are other modes than the basic story, but the experience remains the same in them as well: Fun segments that are constantly ruined by less-thought-out segments. If you like the endless running genre, you might want to give it a try, but just know that there is additional baggage that you have to carry along on the trip.

Infinity Runner does provide a few moments of intense fun. Unfortunately, those moments are broken up too often with gameplay choices that really bring the game (and the fun) to a screeching halt.