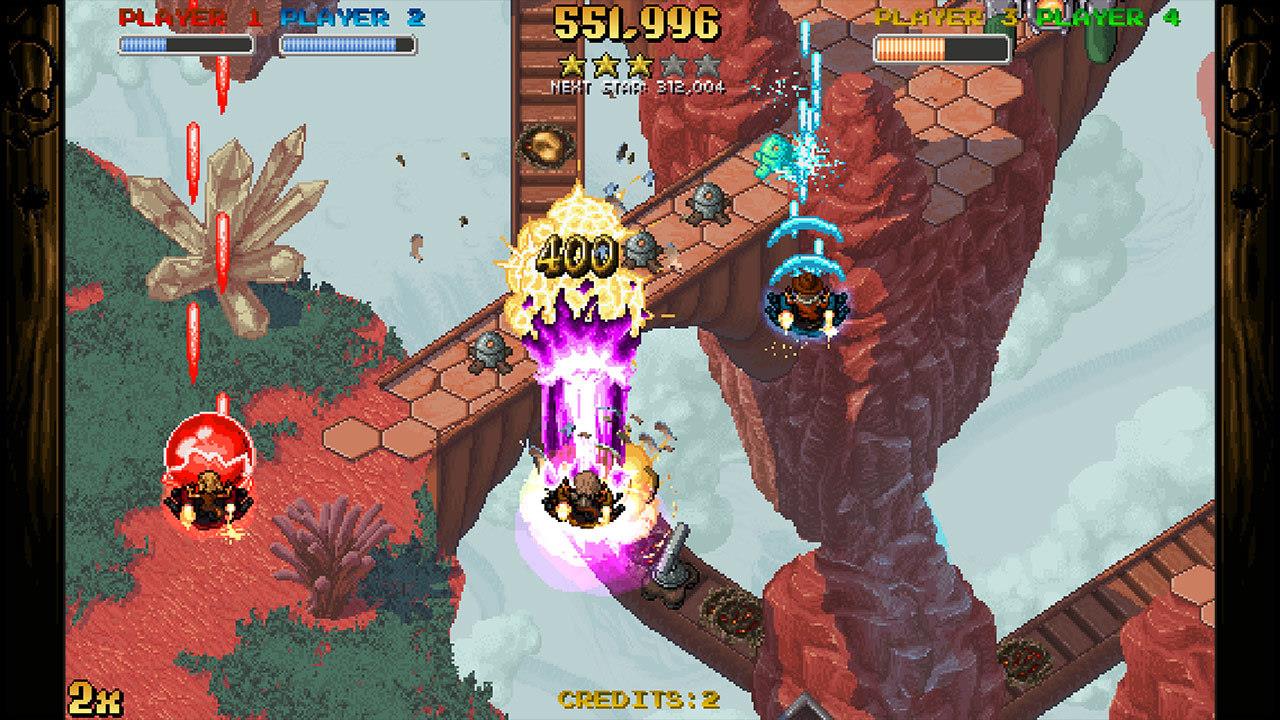 Set in the 17th century, Jamestown+ is a vertical space shoot-em-up where British and Spanish forces fight over colonizing Mars. It's the story of an innocent man who has been wrongfully charged with unthinkable crimes. This is a man willing to do anything to clear his name -- even if it means travelling to Mars to investigating the disappearance of the Roanoke Colony. I guess what I'm trying to say is that you should not base your knowledge of American history on a video game.

Jamestown+ throws water in the face of all the insufferable critics who argue that 2D shooters are all the same. This is a wildly inventive action game where players befriend famous historical figures while simultaneously shooting down massive space aliens. It never once takes itself too seriously and offers enough new components to keep the formula fresh.

You play Raleigh, who will spend most of his time zipping around the screen dodging bullets and taking on giant boss characters. He's equipped with two different weapons; a primary gun and a powerful secondary attack that can be changed between stages. He also has a special Vaunt move that will create a shield for a limited amount of time. Aside from that, he'll need to use his flying skills to get the job done.

The adventure takes place across seven increasingly difficult stages, each anchored by a challenging boss fight. This package includes the five stages that made up the original PC game, as well as two additional levels specifically created for this remastered release. And best of all, Jamestown finally has a home on a game console.

The action looks a lot like classic shoot-em-ups on the Neo Geo. Although a different kind of shooter, many of the level and alien designs remind me of Metal Slug. The pixel art is charming and the high-res visuals look really sharp on the PlayStation 4.

We can't talk about the presentation without highlighting the incredible soundtrack. With the pixel art and old school shooter tropes, I went in expecting a variation on classic chip tunes. Boy was I wrong. The game grabs your attention right off the bat with its orchestral pieces. The score is full of energy and excitement, and often sounds like it belongs in a Hollywood blockbuster.

Apart from the intriguing setting and inspired presentation, there are a few things that help set Jamestown+ apart from other recent action games. For one thing, this shooter supports four players at the same time, which is a chaotic mess. Sadly, this PS4 port only offers local multiplayer, but players can bring a friend along for the ride through Remote Share. 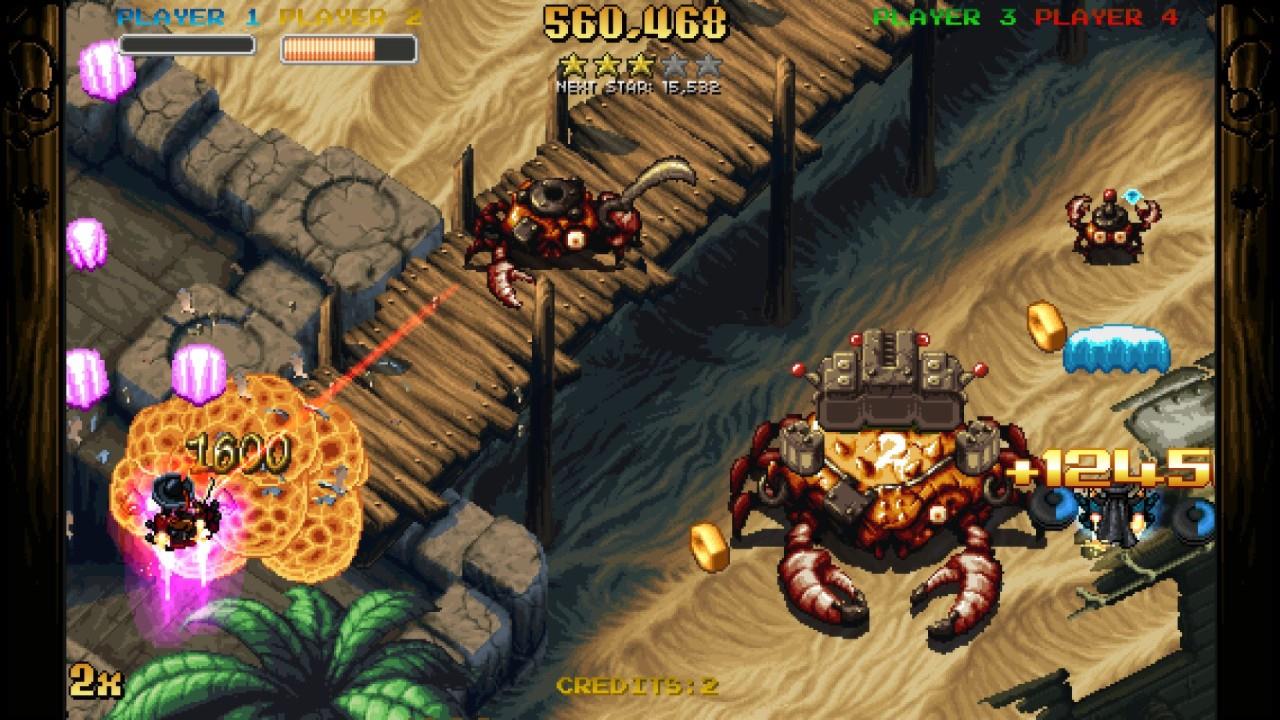 Another interesting feature involves the Shoppe, which offers literally dozens of weapons and upgrades that can be used to customize the various ships. Players will pick up money by simply flying through each stage, so these upgrades offer a compelling reason to replay the levels. Beyond the usual weapons and power-ups, you'll also be able to buy extra challenges and a Farce Mode that changes the graphics in interesting ways.

Jamestown+ is difficult, but still accessible to those who don't live and breathe bullet hell shooters. The easiest difficulty is a pushover, but players will be limited in how many stages they can choose. As the story heats up, the game will demand players start on a harder difficulty. This can make the later stages difficult, but they never felt unfair. I also didn't mind retrying failed stages multiple times, since I was constantly earning money.

Although riddled with inaccuracies, Jamestown+ is a lot more exciting than sitting through a history lecture. The gameplay is fast and responsive, and the level designs are always interesting. This is a delightful throwback with enough unique ideas to warrant a purchase on PlayStation 4. Just don't expect to learn anything valuable about the first settlement of the Virginia Colony.

Final Form Games throws history out the window to create an action-packed shoot-em-up where 17th century colonists fight over Mars. This is a great looking game that will remind players of the genre's heyday in the 1990s. And with dozens of items to unlock and a wide variety of weapons to shoot, Jamestown+ will keep shoot-em-up fans happy for many hours to come.