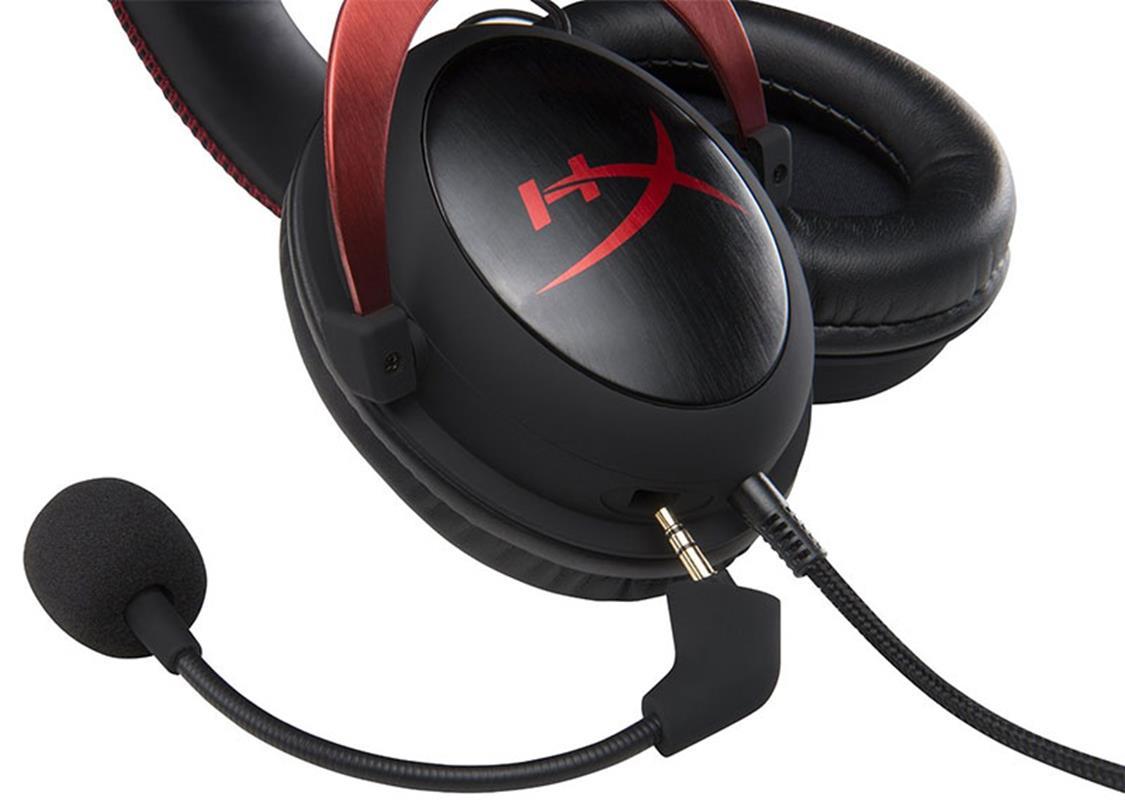 Written by Chapel Collins on 5/6/2015 for PC
More On: HyperX Cloud II Headset

They say the key to a good speech is to establish credentials, so let me start by talking about what an audio buff I am. I've been a serious musician for more than half of my life, and I've been recording and producing music for the last four or five years. I'm only a hobbyist and claim to be nothing more, but I've developed a bit of an ear for these things. And let me tell you straight up that the sound that comes out of these babies is exactly the sound I try to get when I'm mixing audio myself.

When you think gaming headset, you probably think bass. I certainly did. The Cloud II breaks that mold, in a great way. At first I was a little taken aback by the fact that every explosion and thud didn't vibrate my brain inside my skull, but pretty quickly I realized that it's probably better that way. All of the frequency ranges in this headset are pretty evenly mixed, so rather than a big bassy sound, you get a medium sized, full sound that is overall much more pleasing to the ear. I have a few Turtle Beach headsets that are of the aforementioned bassy group, and while that's great for playing Call of Duty or what have you, everything outside of the heat of battle sounds weak and empty. And that's certainly not to say that the Cloud II doesn't perform as well in these shootouts of Battlefield proportion; it outperforms, as far as I'm concerned. 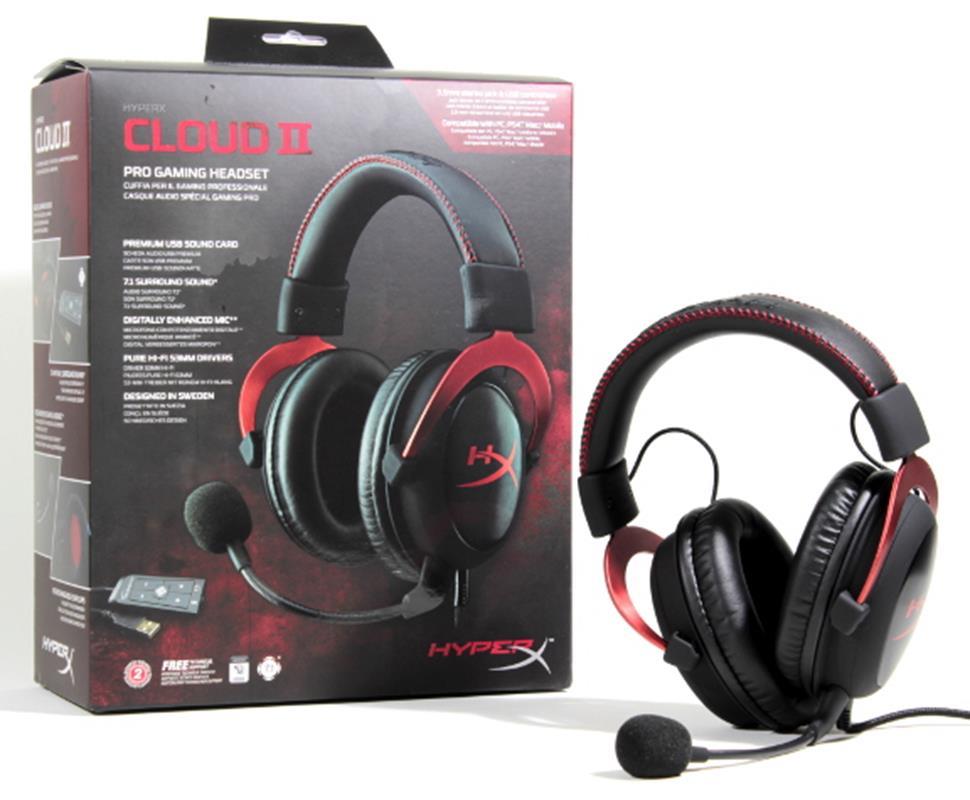 By having a much more even mix, it allows for peaks and valleys in the mix of the game audio. Some of you may be aware of what's called the Loudness Wars in popular music today. Basically, albums, particularly singles, are mixed to be as loud as they can possibly so that songs will stand out more on the radio. Unfortunately, this often leads to clipping, which is when the sounds get too loud and start to cause interference and static-like sounds. It's much more complex than that, but for the sake of this comparison it works. This headset represents one of the stalwart, artsy-fartsy musicians that release on vinyl and let their music have space, let it be loud when it needs to be and quiet when it needs to be, not blaring on all fronts to get your attention. The Cloud II respects the sound design of the product you're listening to through them, and the result is a much warmer and organic sound quality. This isn't the car with tinted windows that plays music loud enough to shatter your windows; this is the insulated studio with gold records on the walls, huge mixing boards and an old guy with a ponytail and a receding hairline twiddling the knobs.

And it's absolutely worth pointing out that all of these wonderful qualities in gaming audio translate beautifully to music. I went and found some surround sound remixes of some CDs I have and listened to them through my computer with these headphones, and no surprise, they sounded great. While the surround sound is certainly a cool bonus to music listening, most people's music libraries consist of standard stereo music, my own included, and the Cloud II sounds great as a stereo set as well. I found myself wanting to go back and listen to my favorite albums just to see how they good sounded with these headphones.

Something else worth mentioning is that they work well with movies too. Movies are not unlike games in that often times, bass is an important factor. I actually did a little bit of research, and I ended up testing them with the 2000 Matthew McConaughey movie U-571, which is about a submarine in WWII. There is a sequence in that movie where an enemy battleship is dropping depth charges down onto the sub. This segment is frequently used to test home studio set-ups, as the depth charges reach super low frequencies below 25Hz, and I could feel it through the headphones; more than that, going back to what I said earlier, there was a great amount of depth and space in the sound. Not only could I hear the explosions of the depth charges just outside the submarine, but I could hear the quiet ambient sounds of the submarine in between the explosions. The amount of room the audio has to breathe really can't be understated, and it's a subtlety that I really appreciate. The bass is still very much there, just unlike most gaming headphones, it's not all that's there. 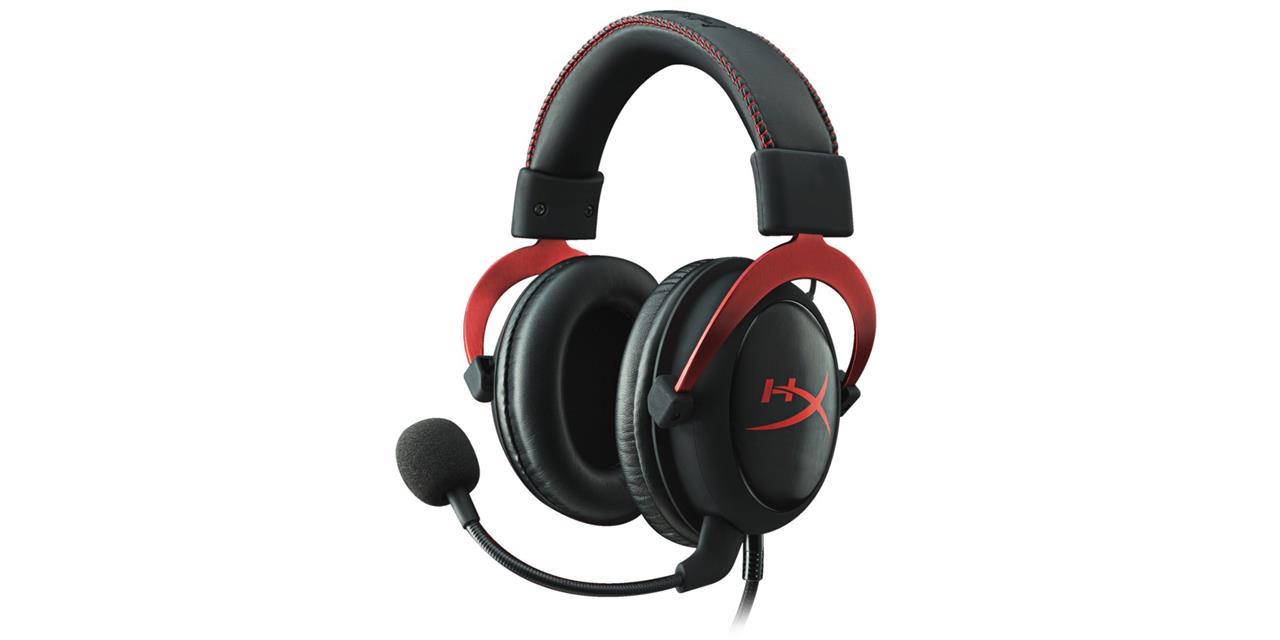 Now, something that everyone wants to know before they get a pair of headphones: how quickly will my head start to hurt from wearing them? With the Cloud II, not quickly at all. I should preface this by informing you that I have a whopping melon of a head, too; headphones normally start to hurt me in about 30 minutes. I can easily wear these for hours at a time before getting sore, and people with heads that aren't huge will likely be able to wear them even longer. The padding that goes across the top is very thick and very soft, the ear cups have memory foam to keep them form fitted to you, without being too tight.

A few other things before I wrap up. The audio clarity from the mic on the headset is totally satisfactory; this, too, is of higher quality than my Turtle Beach headsets. When you use it with the PC sound card, there is some digital audio cleanup that puts the clarity even higher on the ladder. The headset is also very sturdily built. It's robust, but has very little in the way of design or flashiness. That doesn't matter to me in the slightest, and it shouldn't matter to you either when the quality is as great as the Cloud II. And lastly, an important thing to note is that while it has a 3.5mm stereo plug that is compatible with anything your standard headphones would be compatible with, the surround sound and other things that come from the USB sound card are only usable through your PC. You can use it as a mic with your PS4 and Xbox One (if you have the headset adapter), but it is a PC headset. That's not a detriment to it at all; if anything, it's a big plus because it's so versatile. Just something to be aware of.

This headset will be replacing my $200 Audio-Technica headset that I use to listen to music and to mix and record. That's how great this thing sounds, and how much I love it. And for an absolute theft at $99.99, I recommend this to anyone looking for a gaming headset, and even anyone just looking for a good pair of headphones.

An amazing bargain for an amazing headset, the Cloud II will go above and beyond to satisfy not only your gaming needs, but also your music and movie needs.