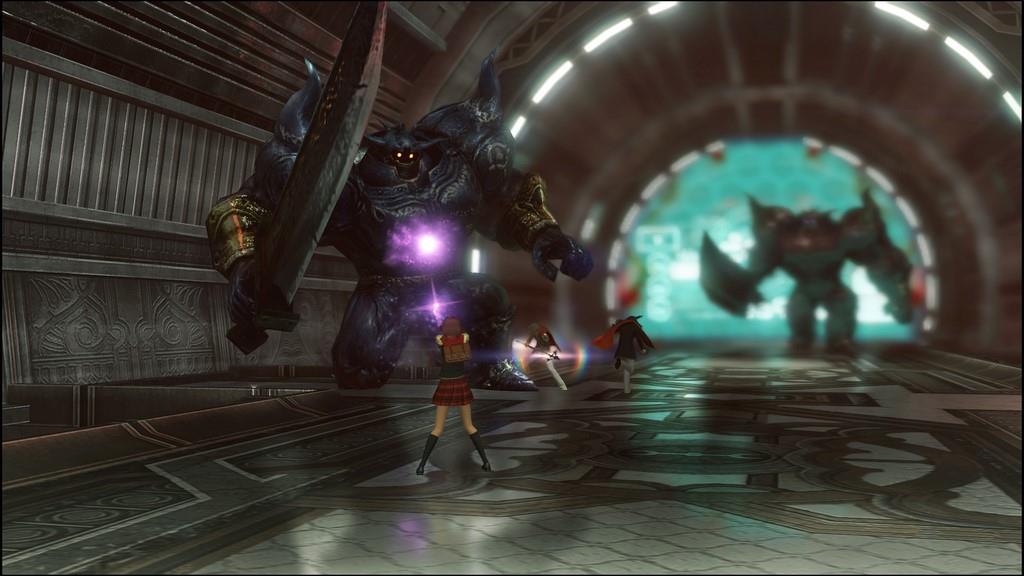 When it comes to Final Fantasy, everybody has a favorite era. Some people love the simplicity of the 8-bit games, while others prefer the polygonal look of those early PlayStation sequels. Often lost in this discussion is the PSP era, which I would argue was Square Enix at their most experimental. Instead of playing it safe, the adventure game giant defied expectations with genre-bending oddities like Crisis Core and Dissidia. It's as if the developers were at their most creative when nobody was looking.

Final Fantasy Type-0 comes from this oft-forgotten PSP era, though that may come as news to some PSP owners. Originally released in 2011, this ambitious action/role-playing game won over critics and fans in Japan. Sadly, it never made its way West. As the PSP gasped its last breath and Sony prepared the PS Vita, it looked like Type-0 was going to go down in history as one of Final Fantasy's most unfairly discarded games.

But as it turns out, Square Enix had bigger plans for this forgotten PSP game. After years of delays and uncertainty, Final Fantasy Type-0 has finally hit American shores, this time as an updated HD remaster for the PlayStation 4 and Xbox One. The result is not only a fun oddity for die-hard fans of the franchise, but also a fresh and accessible adventure that is more engaging than all three Final Fantasy XIII games put together.

Type-0 takes its name from a class of extraordinary teenagers at Akademeia, a large school located in The Rubrum Dominion. Known as Class Zero, this is a squad of the academy's fourteen finest soldiers, each with their own unique weapon and skills. While their peers slack off and take selfies all day, the teenagers in Class Zero have a much larger calling. The neighboring Militesi Empire has invaded and it's up to these kids to prevent Cid Aulstyne from killing millions of people.

We're introduced to this world through Class Zero's newest recruit, a whip-smart hero named Ace. Although only a teenager, he is quick on his feet and capable of pulling off more card tricks than Ricky Jay on an all-night bender. Thanks to his unusual talents and hip hairdo, it doesn't take long for Ace to become an integral part of Class Zero. 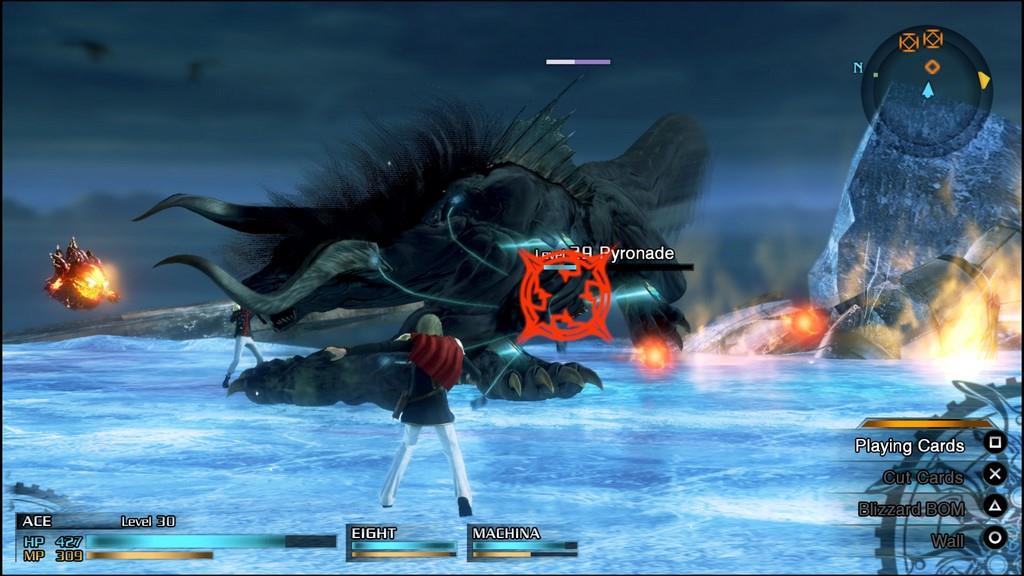 Ace isn't the only colorful character at the school. The other thirteen heroes have equally unsubtle names like King, Queen, Jack and Machina. Trey is the intellectual who fights with a bow, Cater is a little firecracker who hates to lose and Deuce uses her flute to fight off evil in the most polite and respectful way possible.

At its core, Final Fantasy Type-0 is Game of Thrones as envisioned by The CW. Much of the story centers on the world's four empires and how Class Zero deals with a power-hungry dictator. Players will be treated to lengthy conversations filled with political intrigue, as well as inane high school drama. There are times when Type-0 acts more like a "Young Adult" novel than Final Fantasy game.

It's easy to overlook some of the narrative deficiencies once the fighting begins. Type-0 completely ditches the turn-based combat we've come to expect from the Final Fantasy series and opts instead for a more action-focused approach. Players run around the screen dodging enemy attacks and using the face buttons to unleash powerful combos and cast deadly spells. 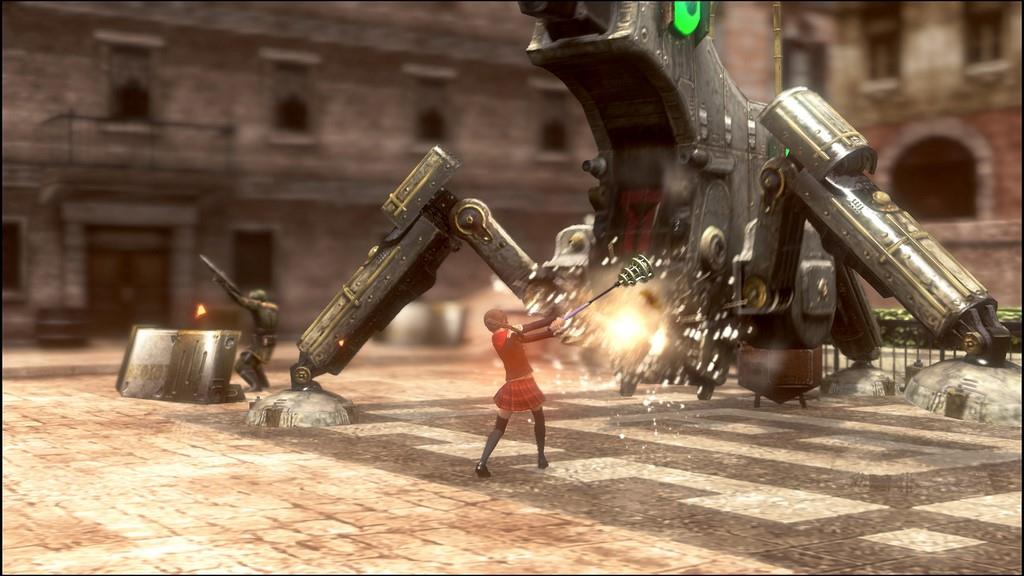 The good news is that you won't need to go it alone. Save for a few exceptions, the game is good about giving the player computer-controlled characters to fight alongside. You'll be able to choose three students at any given time, and switch between them at a push of a button. Best of all, if a hero falls in battle, players can quickly pull one of the other thirteen recruits to finish the fight. The game is over when every member of Class Zero dies.

While it may sound like a gimmick, the fourteen characters add a staggering amount of variety to the combat. The fighters are more than just a palette swap; they feel distinct and have their own special movies. Changing characters also means changing tactics, which helps to keep each battle fresh. Queen is great for gamers who just want to hack and slash, Cinque is a master at the slow-moving mace, Deuce plays the flute and King dual-wields guns, turning the entire affair into a third-person shooter.

Perhaps influenced by the academic setting, Type-0's structure is more rigidly defined than most Final Fantasy sequels. Sort of like a school final, players always know when the next major story mission will take place. This gives us enough time to study a few classes, talk to strangers, take on side missions and stock up on equipment. Once you're done with that, it's off to a lengthy story mission full of thrilling fights and huge bosses. And yes, your performance will be graded. 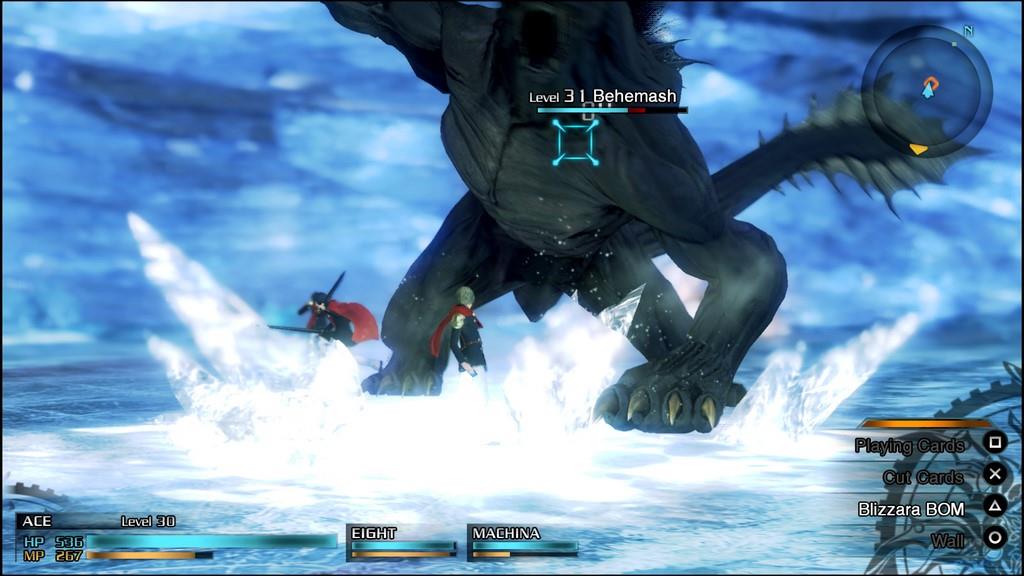 There will come a point where all of the different mechanics start to make sense. And then, out of nowhere, comes the real-time strategy mini-game. Here you'll need to capture local cities and castles in an attempt to push back at invading armies. Although simple, this mode is a lot of fun and usually ends with our hero storming the castle gates and taking over the land.

Even if there's a lot to take in, Type-0 is good at not overwhelming the player. Right from the get-go, the developers employ documentary-style cinemas that go a long way in helping us understand the inner-workings of this fantasy world. What's more, each new gameplay mechanic is thoroughly explained and organically introduced into the story. Even at its most complicated, there was never a point where I felt like the game left me unprepared for my next challenge.

While I may have been ready to take on the game's many obstacles, I wasn't prepared for how dark and emotional the story would be. For a game revolving around a bunch of teenagers, Type-0 is obsessed with mortality. There is a wanton amount of destruction throughout the course of the game, which includes children and animals dying. I found the story simultaneously disturbing and compelling in ways you rarely see in a Final Fantasy game. 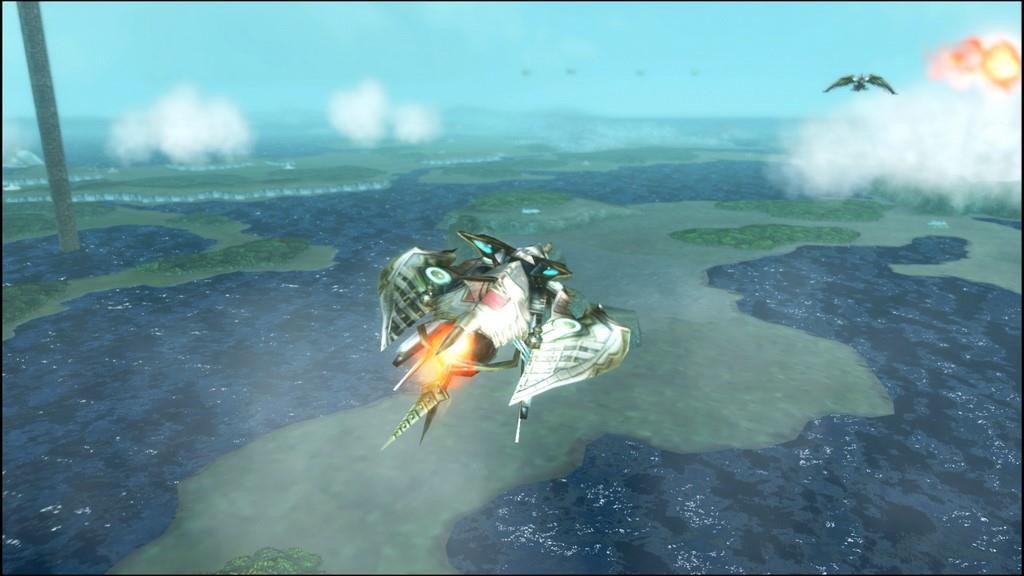 As a handheld release, Type-0 is an astonishing accomplishment. It's hard to believe Square Enix was able to put this much story and gameplay onto hardware that was, even in 2011, well past its prime. However, imperfections that may have otherwise been overlooked are more glaring on the PlayStation 4 and Xbox One. Even with the updated graphics, it's painfully obvious that this Final Fantasy started its life as a portable game.

Sometimes this isn't a problem. For example, most of the quests and battles are bite-sized, a relic of the mobile gaming mindset. But other elements feel like they were scaled back in order to fit on the limited hardware. This is especially obvious when fighting through dungeons and castles. Instead of offering a large open area to explore; Type-0 splits these locations into dozens of smaller rooms, each separated by load screens. What's more, you'll see a lot of repeated textures and locations, as well as arenas sparse with detail.

Speaking of the graphics, the presentation is all over the place. Some of the visuals are striking, suggesting that real care went into making them shine on the brand new consoles. However, moments later you'll run into a stretch with ugly textures or characters with low polygon counts. The conversational cinemas are especially bad, since nobody took the time to sync the mouths with the freshly-recorded English voice acting.

Adventure seekers looking to experience a truly next-generation Final Fantasy game will need to wait a little longer, because Type-0 is more of a stopgap than a proper sequel. But don't let its handheld origins scare you off, because this is a thrilling action/adventure game with a shockingly emotional story. It's also a refreshing change of pace from the typical Final Fantasy game, and a series I wouldn't mind seeing more of in the future.

While not the next-generation Final Fantasy game fans are anxiously waiting for, Type-0 is a fun action/adventure with a lot of compelling ideas. There's enough variety in the gameplay to keep the combat fresh for dozens of hours, and the story is surprisingly emotional for a political thriller. Sadly, Final Fantasy Type-0 HD is held back by its handheld roots, but don't let that keep you from discovering this oddity.