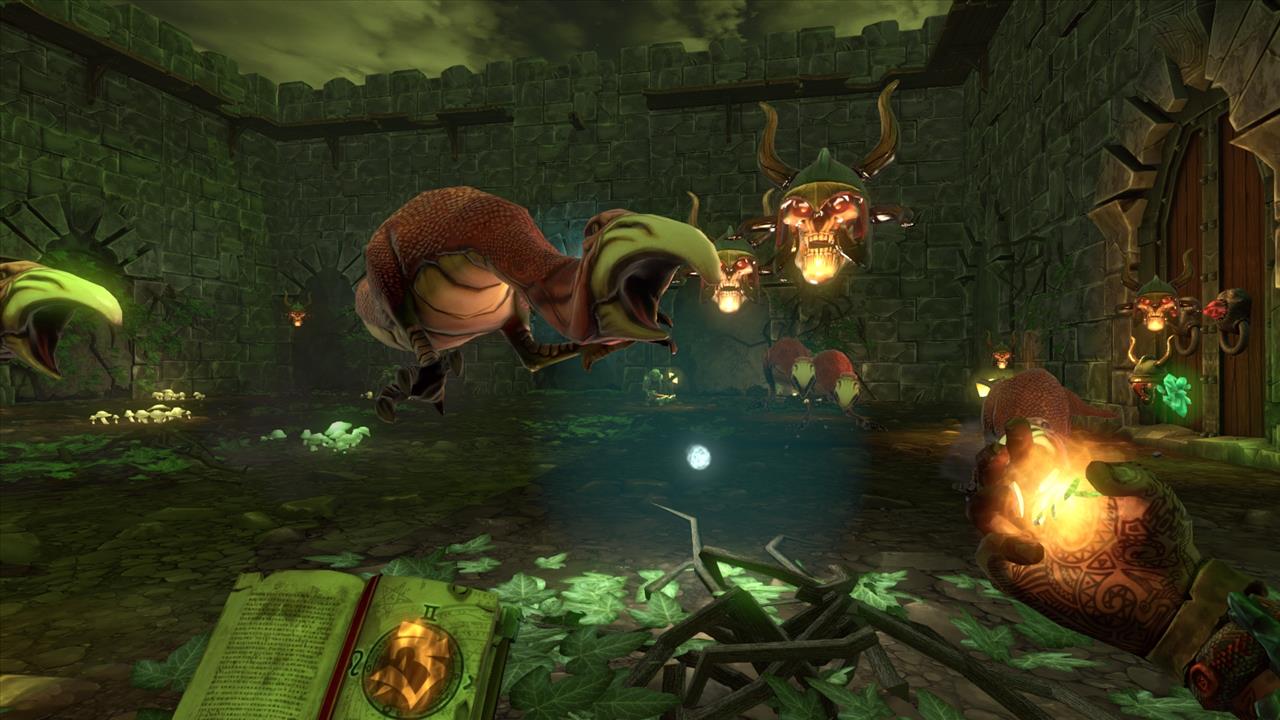 Ziggurat has been available to play on the PC for a few months now, to nearly universal praise. This review will be no different in that regard, because frankly Ziggurat is one of the most fun games I've played this year, and maybe even last year, too. Ziggurat does a lot of different things, and it does them all nearly perfectly. Developer Milkstone Studios describes it on their site as a dungeon-crawling first-person shooter, but it's so much more than that. It's one of the best examples of genre-blending that I've seen in quite some time, and as a result, feels very comfortable and familiar but also very special and unique.

When I first started up Ziggurat, I was most surprised by how smooth everything is. It's perfectly streamlined and feels absolutely wonderful to play. It's set up to be a shooter, and even though it has tons of well-executed elements from other genres, it plays like a shooter, and benefits from that. You have four weapon slots, and there are four different weapon types, each with its own ammo pool. These weapons are analogous to classic FPS weapons, but still feel different enough to not be unoriginal. You have a wand with unlimited ammo that will be your fallback weapon, sort of like a pistol. Spellbooks let you cast spells with a low rate of fire and range but high damage, like a shotgun. And staves are accurate and long range with high rates of fire but low damage, like a machine gun. The fourth type is your alchemy slot, and the alchemy weapons vary a lot more than the other types. They range from grenades to guns that shoot fireballs, but all of them have low ammo and do high damage. The weapon variation doesn't end there, however; there are dozens of weapons across the four classes that all behave surprisingly differently from each other. Some of them are clearly better than others, which is a little unfortunate, but all of them serve a specific purpose and force you to adjust your playstyle accordingly. You only get one new weapon per floor, usually, so the weapons you are given require you to be resourceful and adapt.

The variety of gameplay goes a whole lot further than the weapons. If you play the standard game, there are five floors you must complete, and each of them are procedurally generated. There are a few different overarching themes for the floors, so even though they are randomly created, they will follow the same art style from room to room, and usually have the same group of enemies as well. The graphic style of the game lends itself well to the monsters and areas; all of them are cartoony and fairy tale enough to be fun, but dark and original so they don't get old.

Each floor has the same goal, which is to find the key to the boss room and defeat the boss to move onto the next floor. You will never know which room is which until you reach it, however, so exploration is mandatory. It is possible that you will find both the key and the boss before you have cleared the floor, and if you so choose, you can go ahead and attempt the boss to move on. If you do this, you will forfeit the potential experience and loot you would get from the other rooms, but you may get a higher score from clearing the game faster. Clearing every room is obviously the way the game is meant to be played, though. There are hidden rooms containing perks and easter eggs about the developer—that are not marked on your map—that you can only access by destroying cracked walls, which is very much in the spirit of Zelda and Doom. And there are treasure rooms where you have a chance to get equipment or extra points and ammo, all of which you could miss by heading straight for the boss.

The only problem I have with the procedural level generation is the fact that they reuse the same resources a lot. After a few hours, I started to recognize many of the rooms, and by the time of this review, I know every possible room like the back of my hand. The game moves fast enough that it never really matters, but I would like to see some new locations added into the game at some point.

Ziggurat has very high replay value, even aside from the fact that the floors are never exactly the same. The dozens of weapons I mentioned earlier, other equipment, and perks that you are able to choose from when you level up, are all unlocked by playing the game. There are also several characters that you have to complete challenges to unlock. The characters are extremely different from each other, with some having simple characteristics like high speed and staff abilities, and others having very specific traits. For example, the Vampire character has a huge amount of health, but it constantly drains, and can only be refilled by gaining experience from killing enemies. My favorite character, the Sorcerer, had very low health but very high spellbook damage and ammo. Having to balance getting close enough to deal damage while avoiding incoming damage was always exciting. It took me around 35 hours to unlock everything, and unlocking everything was one of my main motivators.

Ziggurat's smooth, comfortable gameplay, combined with it's addictive, just-one-more level rewards, make it a game that's really hard to put down. It's a simple concept, but there's such a surprising amount of depth that it doesn't get repetitive. It has everything that a game like this should have, and for $15 (at the time of this writing) it's an absolute steal. I've had more fun with Ziggurat than several full-priced games in the last several months. There's something here for everyone, and there's a lot here for most.

Ziggurat is Milkstone Studios' first game of this scope, and I both hope and believe it will be their breakout game. It is everything a roguelike game should be, and so much more.