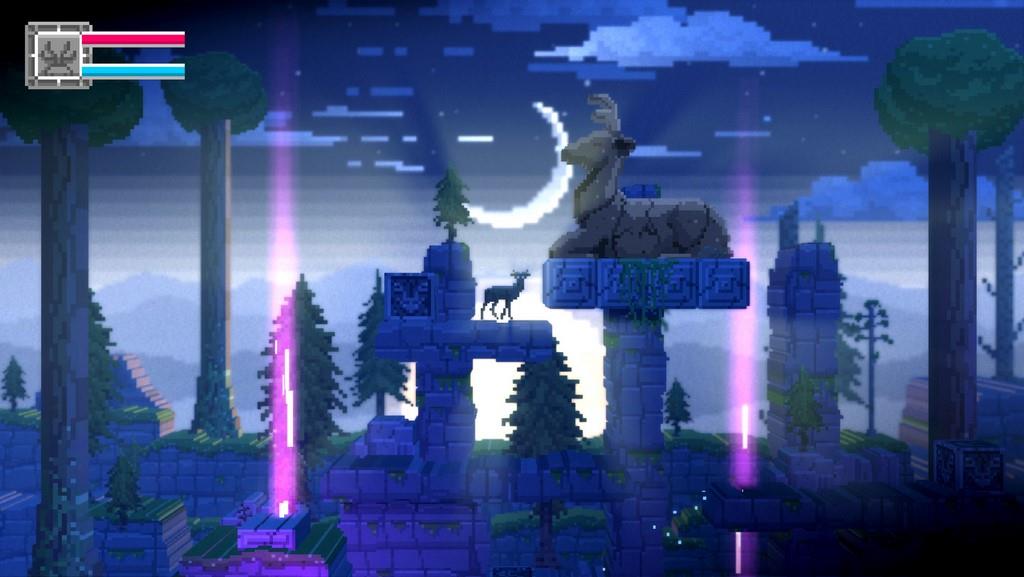 Days and nights I’ve spent traversing these shaded forests, these wide plains, these gray swamps, these heated deserts. I’m born a fawn, I grow up a deer. I eat, I fight, I’m killed, I’m reborn. In The Deer God, this is my life now—my lives now. I stand up on hooves, I double jump with quadruped legs, I buck with the rack of horns on my head. It’s similar to the life of every video game character, I suppose, this try-try-again lifestyle; except in The Deer God it’s taken to a karmic, reincarnation level.

The sun and moon rise and fall on each other in this lovely, stretched-out 2D landscape. Weeks go by, in game, before I see my first hunter; before that hunter shoots at me; me, a human reincarnated into a deer by The Deer God itself.

When I killed my first hunter, the poor beardy couldn’t even draw a bead on me. I used hit-and-run tactics. Wildland guerilla warfare. When I took him down, he went up in a blue-lit vapor, just like every other predator I’ve taken down up to this point. I stood around waiting for some fanfare, some acknowledgment from the heavens, some lesson to be learned. But there was none. In my former life as a hunter—a human—killed by wolves, brought before The Deer God, and sent back down to earth as a deer myself, I still had miles to go before I could rest.

The memorable moments in The Deer God can be too subtle at times. Like when I realized my power as I went all up in a human’s igloo and gored a hunter to death in his own home. Again, there was no trumpeting fanfare, no auto-leveling up, no skill points to distribute. It’s almost as if no one cared. It would only be the most randomly timed moments in which I’d grow from a fawn to a buck, a flutter of bubbles transforming me. Admittedly, I barely notice it, myself.

In not the same way at all, there are hints of Evolve in the gameplay. You go about eating and growing stronger, fighting off and evading predators like hawks and alligators and skunks, I guess; waiting for the day you’re big enough to give the hunters a run for their money.

The procedurally generated landscape is lovely; no doubt, it’s lovely. But the seams tend to show, on occasion. I’ve fallen down into shallow water (water doesn’t kill you), with no way back up onto the platforms. I’ve run behind the platforms, fallen through the bottom of the world, and inexplicably emerged back on top. 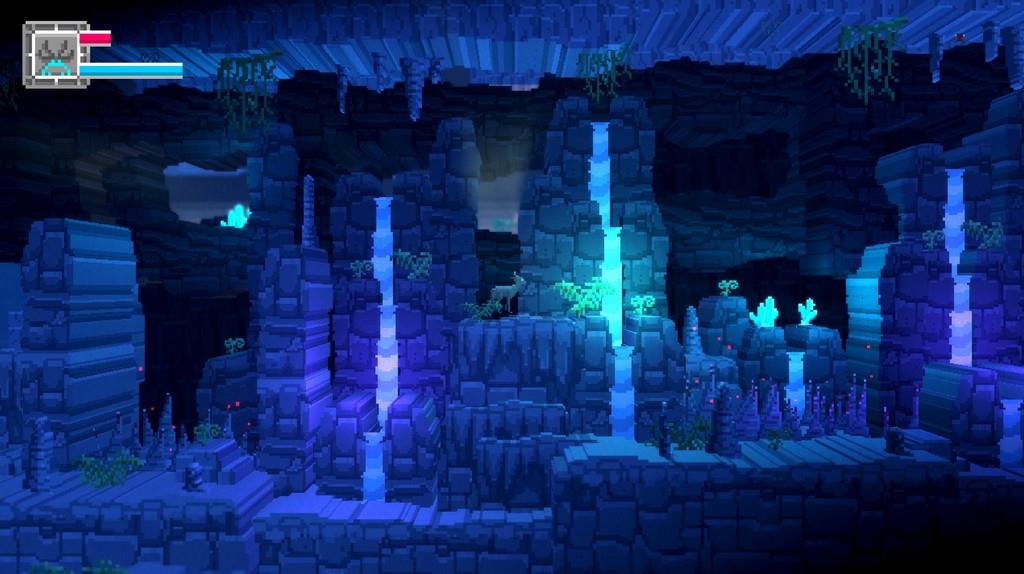 Combat is iffy, at times. I’ve knocked hunters back into the walls where they’ve gotten stuck but still shoot at me. If there’s a friendly deer between me and an enemy, then I’ll accidentally hit the friendly deer. But if a hunter shoots or throws a spear at me, it sails past the friendly deer and hits me.

But that can be easy to forget when you're caught up in the environments. Like when you’re caught in a driving windstorm in the desert. Or under a clear, moonlit sky in the arctic. Or stepping lightly through a rain-soaked forest. Or running over fields full of honking Canadian Geese. Or leaping over ice floes with penguins hobbling back and forth. I couldn’t help but stop every time I ran into a cluster of fireflies bunching up under a wooded canopy.

When you’re not fighting giant scorpions over a patch of quicksand, or hurdling through forest fires to take down a hunter, then you can find yourself in the middle of a manmade quest. A priest needs you, a deer, to procure something for him. A woman living in the desert can ask you for some witch hazel to heal her ailing children. 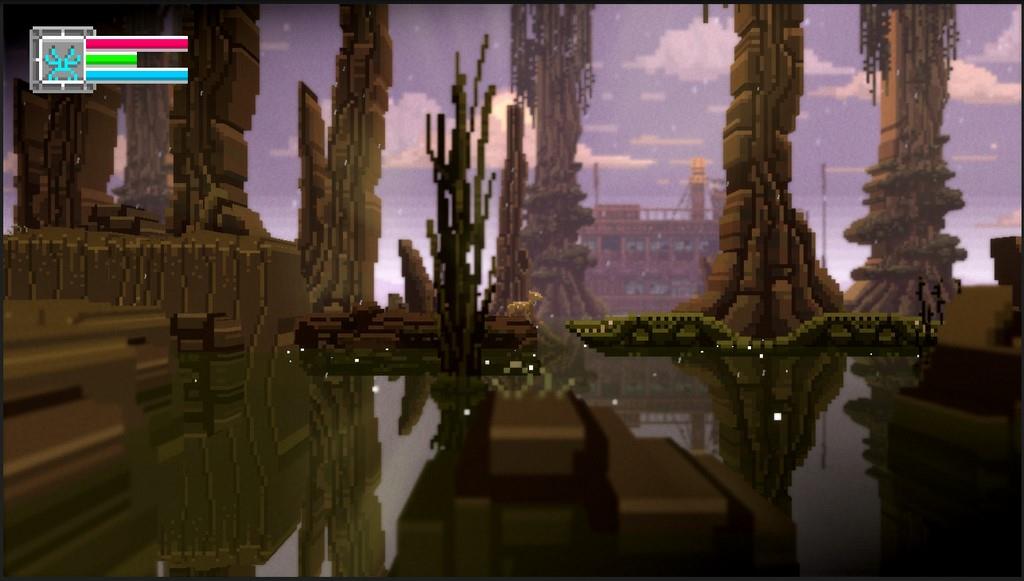 Strangely, the solutions to these missions are immediately at hand—like, the witch hazel is right there—or you're running past the lady and her ailing kids over and over, the landscape procedurally looping me back to them, even if, this time, I can’t find witch hazel anywhere. It was either that, or I kept getting killed over and over, escorted back, time and time again, to face this scenario endlessly.

Still, I can feel the blood pumping through this one. The Deer God could've gotten an indie game of the year nod from me. But the premise tried and failed to take me to an emotional place. The death and rebirth cycle, instead of empowering me, slowly ground me into a marginalized putty. But I can't say enough good things about the land, especially when it just let me run and run with abandon. I enjoyed running more than fighting, every time, but it never got me very far.

Take simple, Pitfall-like platforming (minus the rope swinging), mix in a hint of Sword & Sworcery’s art style, and then you have an overreaching X-meets-Y makeup of The Deer God. I feel like its motivations are far better than half-hearted; creatively and intentionally. But The Deer God keeps asking me to return to a life I find less and less interesting with each reincarnation.