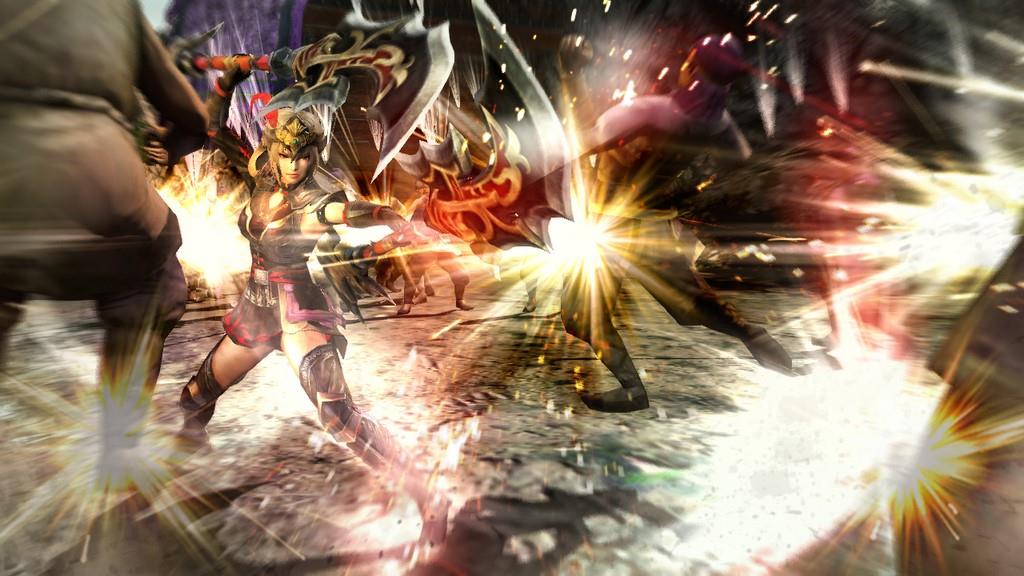 Written by Cyril Lachel on 3/26/2015 for XBO
More On: DYNASTY WARRIORS 8 Empires

Long before the days of Dynasty Warriors and its many spin-offs, Koei made a name for itself with hardcore strategy games based on ancient Chinese history. Titles like Nobunaga's Ambition and Romance of the Three Kingdoms were turn-based tactical role-playing simulations designed for serious players. As a kid renting simple platformers for my Nintendo Entertainment System, I found these games to be impenetrable.

Believe it or not, this failure has haunted me for decades. At this point I've played thousands of games, but I have yet to wrap my mind around those early Koei releases. While nowhere near as complex as those old 8-bit games, Dynasty Warriors 8: Empires blends the simulation elements with the action we've come to know and love from the modern series. Although the results are decidedly mixed, Empires makes a strong argument for why I should give those classic cartridge games a second chance.

Don't let the name fool you, Empires is not your typical Dynasty Warriors game. Instead of offering a straight through line, the story is largely what you make it. Think of it as an elaborate game of Risk, where fast-paced action sequences replace rolling the dice. Players will make choices that will have a ripple effect and change the way the story unfolds.

Going into each story, players will select from dozens of popular faces and user-created characters. Like all Dynasty Warriors games, these fighters come equipped with their own unique weapons, special skills and combos. Empires also features a brand new character named Xun Yu, who an officer in the Cao Wei Dynasty best known for his electrifying staff. Sadly, he is the lone new entrant in this iteration.

Each character starts out with a ranking that impacts everything from how the game is played to what missions are available. Many fighters start out as a Free Officer, which has them looking for a Ruler to take them in. This starts you on a quest to complete small tasks to build up everything from money to rank. This is also how you increase your troop count, which will become vital as the story progresses.

Other ranks give the player's more responsibility. For example, the Prefect class puts you in charge of your Ruler's land, which sees you protecting it from invading forces. You can also play as the Ruler, putting players in complete control over what happens in the story. Being a Ruler is about more than military tactics, it involves forging alliances and finding the balance that makes everybody happy. This is equally stressful and rewarding. 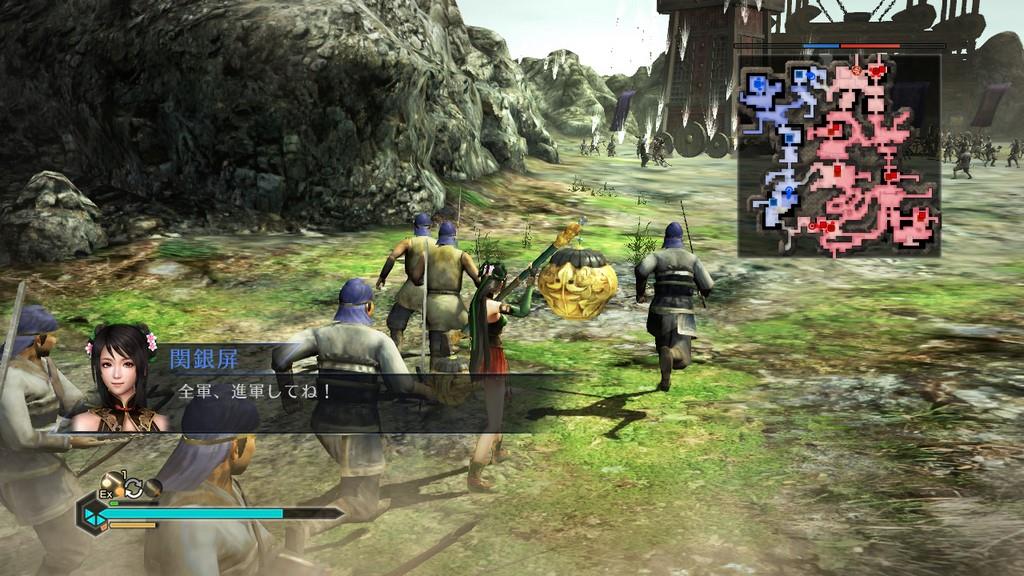 Although you'll spend a lot of time working the map, there's still plenty of Dynasty Warriors action to keep fans engaged. There are plenty of different missions to choose from at any given time, many of which are bite-sized with simple objectives. Veterans of the series will recognize a lot of the objectives, such as escorting a computer-controlled character to safety, taking over land and battling wild animals. Other mission types have you taking on waves of enemies and stealthily defeating marked targets.

Dynasty Warriors has always been good at large-scale battles, and Empires is no exception. Both Invasion and Raid modes play out in epic fashion, seeing all sides fighting back and forth over disputed territories. This puts you in control of manning each base and devising a plan to break the other side's defenses. Once enough land has been taken over, players will go up against the territory's Ruler at the main base. When it all goes well, these battles are incredibly satisfying.

Unfortunately, Dynasty Warriors 8: Empires isn't always satisfying. Too much of the game is dependent on grinding side-quests and waiting for things to happen. As an Officer, you'll curse your leader for his slow moves and indecision. This improves the further up the ladder you climb, but the basic repetition never subsides. 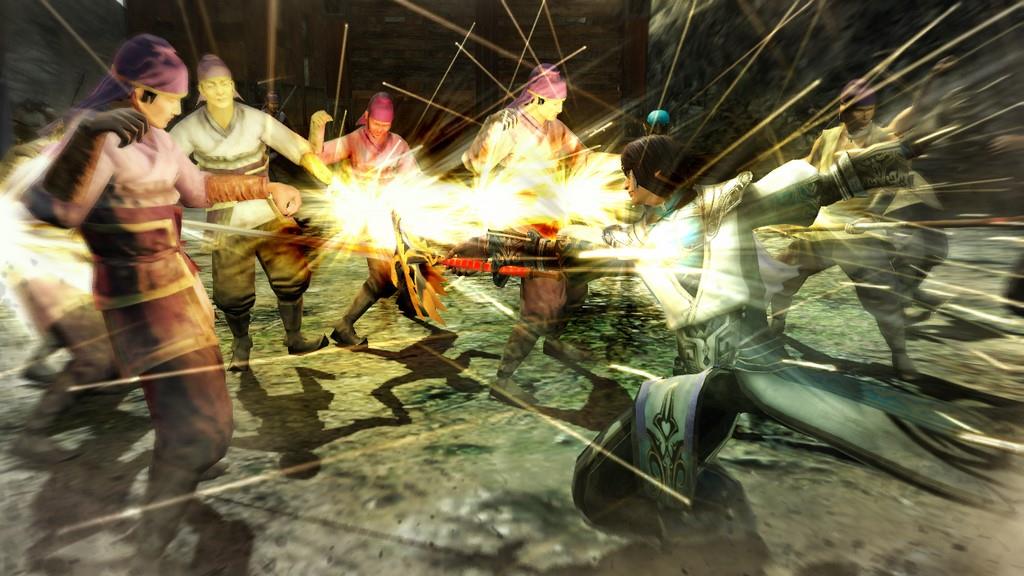 The combat is quick and always engaging, a staple of the Dynasty Warriors brand. It's easy to put combos together and there are enough characters to choose from to keep the game from getting old. On the other hand, it's disappointing that players are stuck with a single character in a mission. It's hard to go back to a game like this when recent iterations have allowed me to swap characters at a push of a button.

Empires makes up for this step backwards by giving players more control over the chosen hero.  Beyond the typical moves and combos, players will be able to use Strategems to shift the momentum back in your favor. These powerful moves include laying down support equipment, sending a downpour of arrows at the enemy forces and even changing the weather. This is just one of the ways the game feels different from previous iterations.

There's a big emphasis on customization in this version of Dynasty Warriors. It goes beyond creating one or two different characters and quickly morphs into taking hundreds of user-created heroes into battle. The game also allows players to not just customize the stories and scenarios, but also share them with other people playing Empires. I wish some of these components would go a little deeper, but fans will find endless uses for the various editors.

For a series often maligned for refusing the change, Dynasty Warriors 8: Empires takes a few interesting chances. Beyond the core mechanics, I was surprised when my characters started to procreate. My surprise immediately turned to horror when I saw the hideous baby. Cuteness aside, the child went a long way to suggest that the developers are willing to make changes, even if it's at a glacier's pace.

The problem is that none of these changes are substantial enough to make the game feel fresh. Sure, Empires has a unique structure that plays out like a board game, but it doesn't go far enough. The mechanics are screaming for something deeper, and yet this game only scratches the surface.

It doesn't help that this still looks like a last-generation Dynasty Warriors game. Even without the word "Remaster" in the title, it's hard to look at Empires as a proper next-generation installment. The backgrounds are wildly inconsistent and a lot of the character models look like they came from the Xbox 360. That said, the gameplay is fast and it occasionally has that new console shine.

It's not just the visuals that need a retooling, but Dynasty Warriors in general. Empires proves that you can take chances with the franchise and still please fans. They just need to go all the way with the new ideas and create a deeper experience. Couple this with a new graphics engine and different mission types, and Koei might be on to something. As it stands, Dynasty Warriors 8: Empires is a fun game that only hints at a brighter future.

This is not your typical Dynasty Warriors sequel. Empire plays out like a game of Risk, where fast-paced action sequences replace rolling the dice. Unfortunately, the developer doesn't take the novel concept far enough. Fans may enjoy the fast-paced action and emphasis on character building, but everybody else will be left scratching their heads at the outdated graphics and repetitive gameplay.