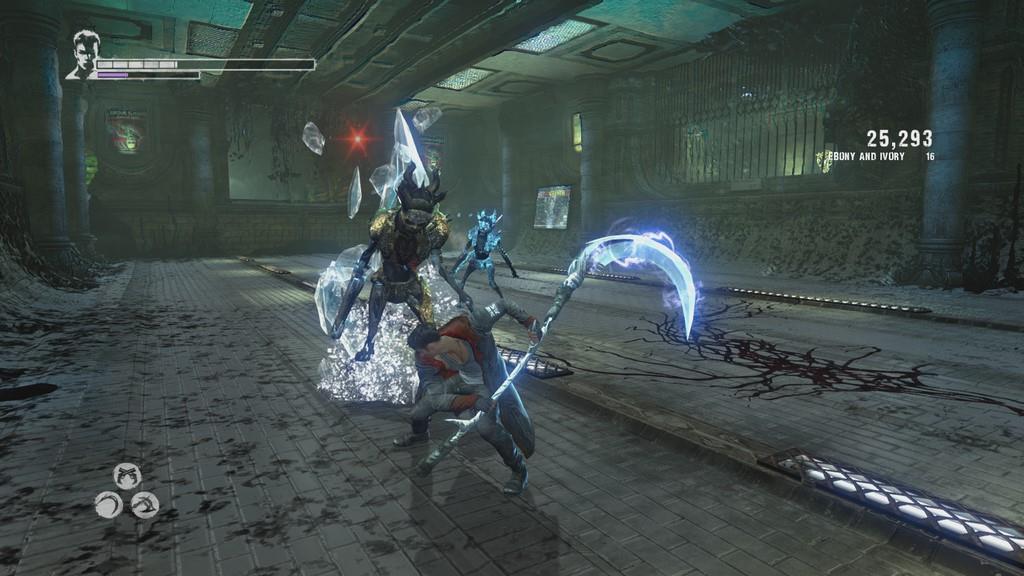 Written by Nathaniel Cohen on 3/10/2015 for PS4
More On: Devil May Cry: Definitive Edition

It’s either the epic finale of my Devil May Cry Suite of reviews or evidence that I’ve been volunteered to run point on the critical side of the Devil May Cry franchise at Gaming Nexus.

So what is Devil May Cry: Definitive Edition anyway? Well, it’s a current gen reskin of last gen’s DMC Devil May Cry, including previously released DLC, and two difficulty modifiers that can be turned off and on before each level.

When I reviewed DMC Devil May Cry in 2013, I thoroughly enjoyed – perhaps even loved – it. If you’d like a proper accounting of what made DMC Devil May Cry so great, you should look up the previous review I wrote for it. The short version is this: it took everything that made the original trilogy what it was and made it better. It had a better story with expertly directed cut-scenes, wonderful voice acting, enemy encounters that were well-paced, difficulty that was well-balanced, and combat that – once practiced – became an extension of the player. It was one of my favorite games of 2013. Getting to play it again was a pleasure.

Vergil’s Downfall, on the other hand, did none of those things (again, you can read a proper telling of that story in the original review). It was ostensibly the same game but telling a different story with a different lead character. Everything else should have been exactly as good, but the Devil (May Cry) was in the details. Vergil’s Downfall missed everything that made DMC so good. They were often near misses, but misses nonetheless. It was a poor imitation made to look even worse when exposed to DMC Devil May Cry’s reflected light. 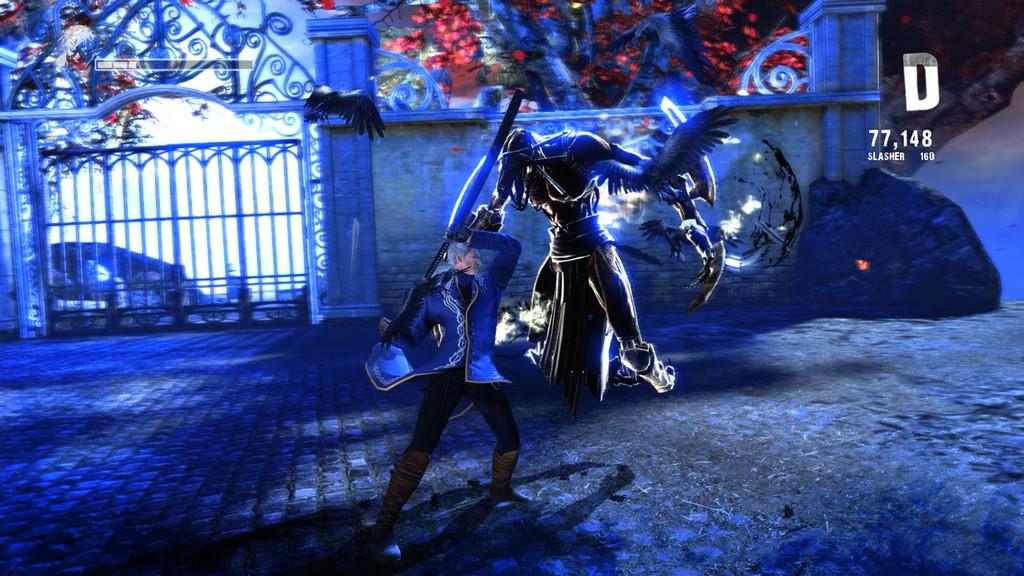 In the Devil May Cry: Definitive Edition, DMC Devil May Cry and Vergil’s Downfall are exactly the same but for a stated 1080p resolution and 60fps frame-rate. Unfortunately I could tell no difference in how the game looked and ran. DMC wasn’t the best looking game on the Xbox 360 and it’s even farther from it on the PS4. However, it doesn’t detract from the experience at all – at least not for me. If you pick it up expecting breathtaking visuals, you will be disappointed undeniably. Everything else about it is as great (in the case of DMC) and as not great (in the case of Vergil’s Downfall) as it was before.

It’s not all exactly the same, however. The DMC: Definitive Edition features new Hardcore and Turbo modes that act as modifiers that can be toggled on and off before each level. Hardcore does what it sounds like it does: it increases the difficulty by rebalancing damage levels and the like. Turbo mode speeds the game up by 20% - just in case you have a bad case of the Red Bull shakes you need to work off.
Also included is The Bloody Palace DLC. It boils down to 101 challenge levels designed to allow you to truly master your abilities. The only downside is that you have to finish the game once on any difficulty level before The Bloody Palace is open and by then you’re going to be pretty good at the game. Of course, should you require extensive practice, you can access a training area from the main menu and you can also try out each move before you buy it at in-game Divinity Statues or from the between-level shop.

Beyond those few brand-new options, Devil May Cry: Definitive Edition is identical to DMC Devil May Cry if you combined it with the Vergil’s Downfall and The Bloody Palace DLCs. It purports itself as looking more in-line with current-gen standards in both resolution and frame-rate, but like I said before, I could not tell a difference. Maybe if you ran it alongside the last gen version you could see how it had been improved but that’s a lot of work. Also, visual upgrades for the current gen visual standards that are more head scratching than mind blowing seem to be the norm when it comes to Devil May Cry. Sparda himself knows that the HD remake of the original trilogy that I reviewed on the Xbox 360 back in 2012 looked and sounded awful. On the other hand, Devil May Cry: Definitive Edition looks fine and sounds great. More importantly, the gameplay remains intact and, despite the missteps in Vergil’s Downfall, I can easily recommend Devil May Cry: Definitive Edition to anyone who has not yet played it or would like to play it again now that they’ve sold or wrecked their previous gen consoles.

Devil May Cry: Definitive Edition may not improve much in the looks department but the gameplay remains as great as it was last gen (Vergil’s Downfall notwithstanding). If you haven’t played it yet then you absolutely should do so.