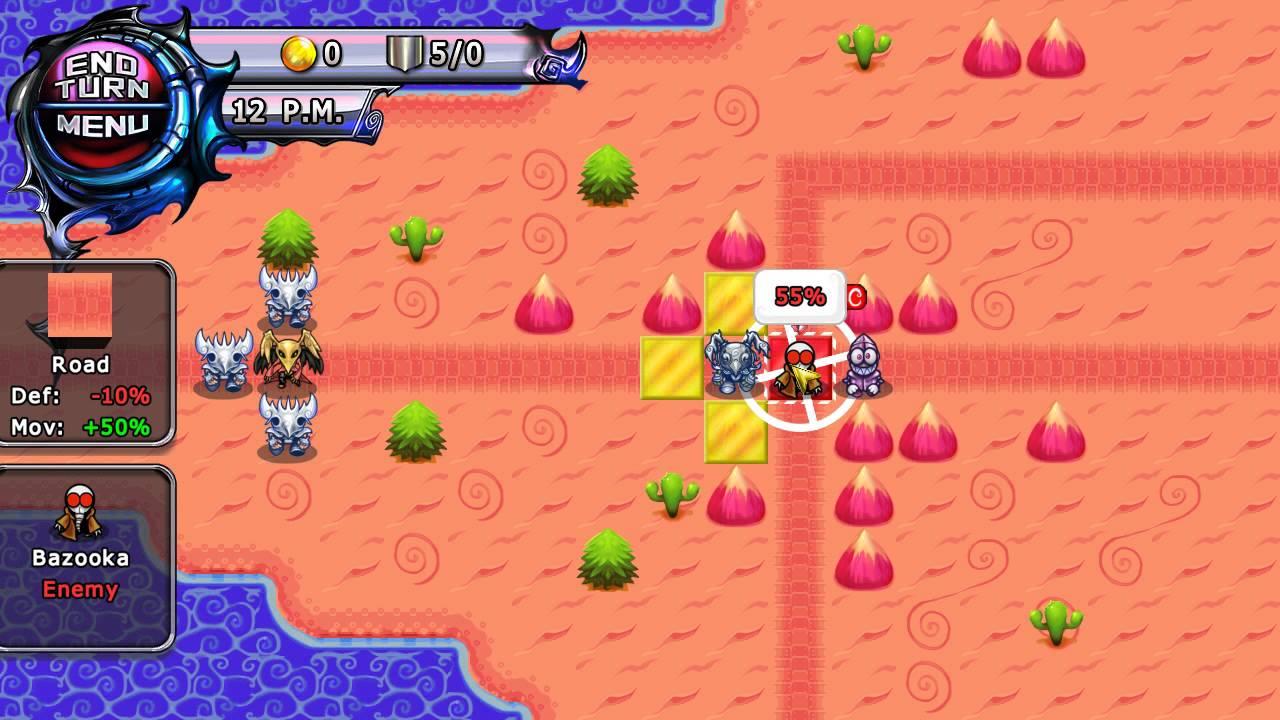 The Landians go head-to-head against the Winged Crusade in Desert Ashes, the exciting new PS Vita release from developer Luc Bernard. Inspired by Nintendo's popular Advance Wars series, this is a turn-based strategy game set in a fantasy world with two warring sides forever locked in combat. And while not especially original, Desert Ashes is inexpensive and bursting with multiplayer possibilities.

For reasons I have yet to fully wrap my mind around, this new PS Vita game is episodic. The initial chapter is free, giving players a sense of the combat and story. If these tutorial stages pique your interest, then players can download chapters two and three for a small fee. This not only continues the brief single-player campaign, but also opens the game up to a number of competitive multiplayer levels.

Regardless of whether you're playing the Landians or the Winged Crusade, players are tasked with leading a group of diverse units into battle. Each side has several different ground, air and sea characters to purchase and move around the map. Much like Advance Wars, each unit type has a weakness. For example, flying characters are strong against heavy tank-like characters, but can be defeated by ground troops in a single turn. 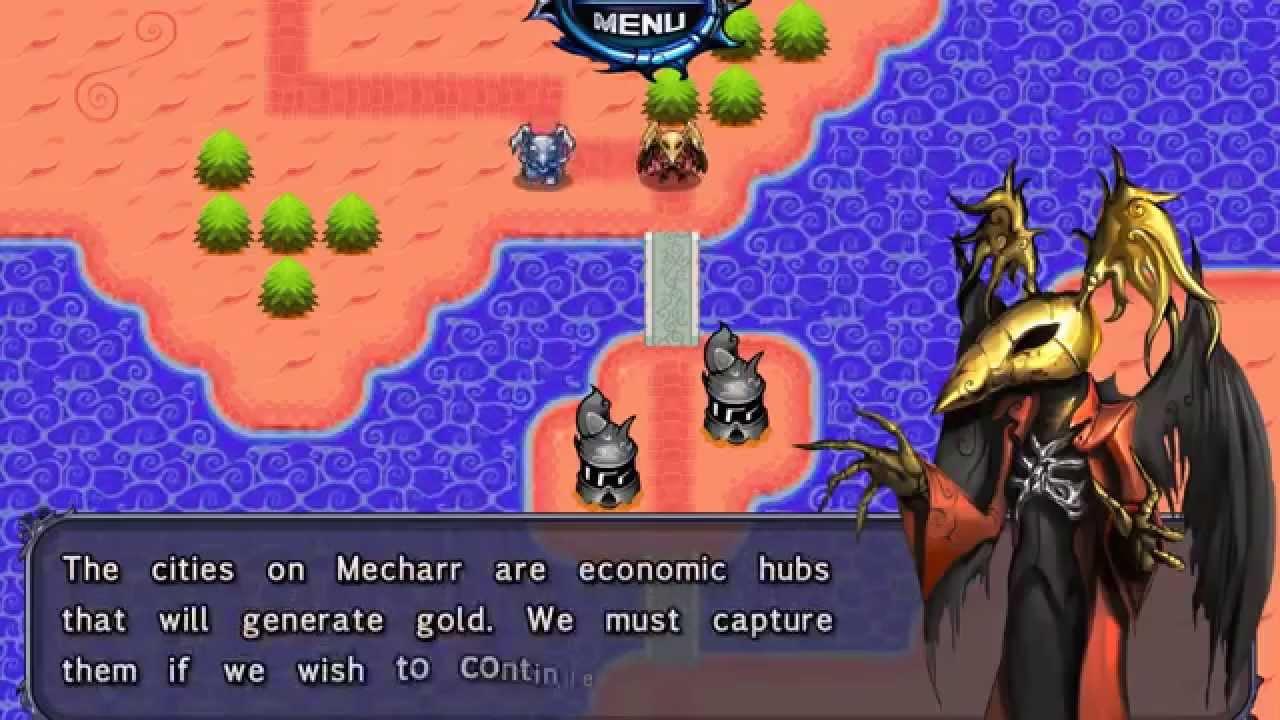 The goal of each level is to push back against the other side and eventually take over their base. But the infantry can't simply storm the enemy's stronghold; they'll need to take cities and factories along the way. Capturing cities is the key to making sure your kingdom is well-funded. On the other hand, the factories are used to create the troops needed to keep the army strong. Taking land away from the other side will weaken the defenses and make it that much more difficult to mount a comeback.

Instead of fighting with the usual tanks and soldiers, Desert Ashes features armies made up of fantasy creatures. You aren't battling it out with battleships and airplanes, but rather monstrous whales and large flying attack birds. Although it took me a few rounds to figure out how best to use each unit, I am a big fan of the creature designs and the way it looks on the PS Vita.

With its sharp presentation and similarities to Advanced Wars, this is the type of game I normally would be raving about. Unfortunately, Desert Ashes is marred by a number of small issues that keep the game from meeting its full potential. These gripes may seem minor on their own, but they quickly spiraled out of control and became impossible for me to ignore. 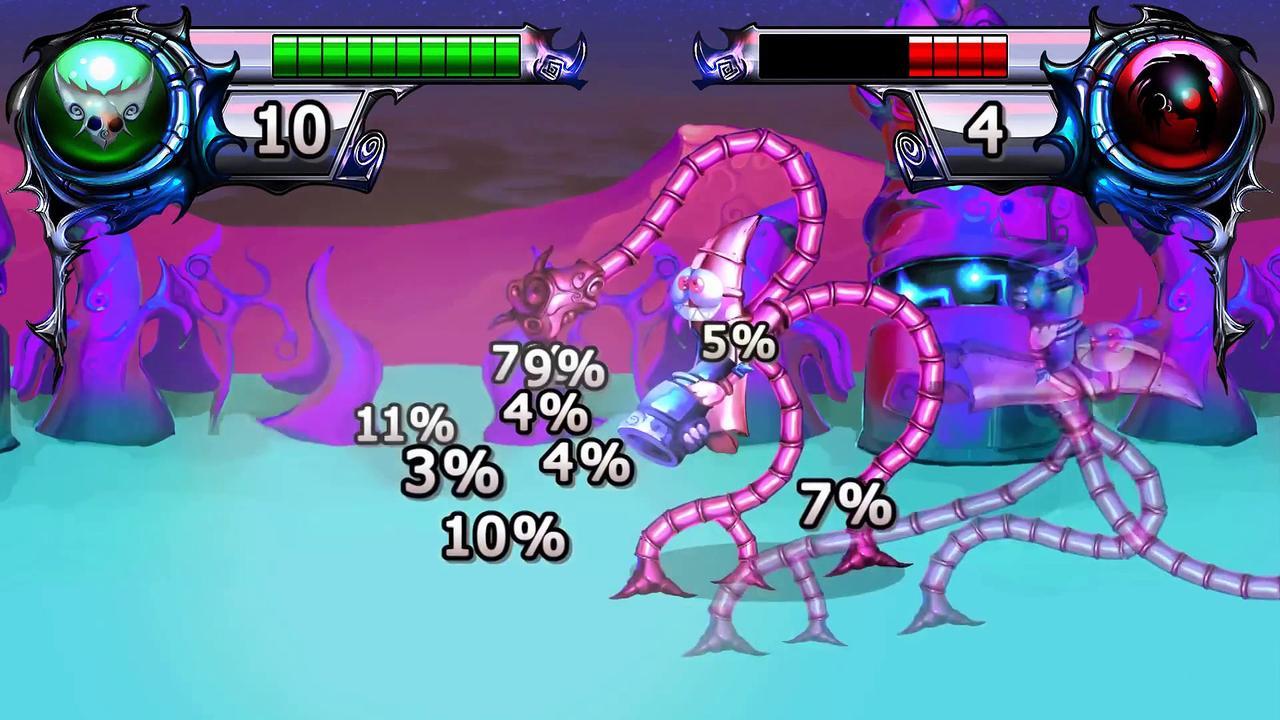 Right from the get-go I was struck by the game's nonsensical user interface. Forget the Landians and Winged Crusade, I found myself fighting simple things like exiting the menu screen and restarting a match. The game's heads-up display isn't much better. It's one thing to withhold valuable information, but I'm still at a loss as to why the "End Turn" and "Menu" buttons are linked on the same interactive sphere. The last thing you would want is to accidentally end the turn when you meant to pull up the menu.

Beyond the confusing and often inadequate UI, I was also disappointed by the game's story and level designs. It's not that the two dozen maps aren't unique, but rather that each of them reuses the same sprites from one level to the next. I quickly grew tired of seeing the same desert colors and objects, constantly wishing there was more variety in the design.

The repetition extends beyond the 2D sprites. When it comes to combat, everything Desert Ashes offers is featured in the tutorial chapter. The game never ramps up by adding new mechanics or introducing tougher enemies, it just maintains the status quo from beginning to end. The sameness even continues when the game finally switches the perspective from Winged Crusade to the Landians. This is a game that plateaus early.

Try as I might, I have a hard time talking about Desert Ashes without comparing it to Advance Wars. While it certainly looks the part, this PS Vita game is missing the depth and polish that has kept people coming back for more. Nintendo's franchise was good at iterating on the formula and making the experience more accessible for beginners. This game feels like a big step backwards in comparison. 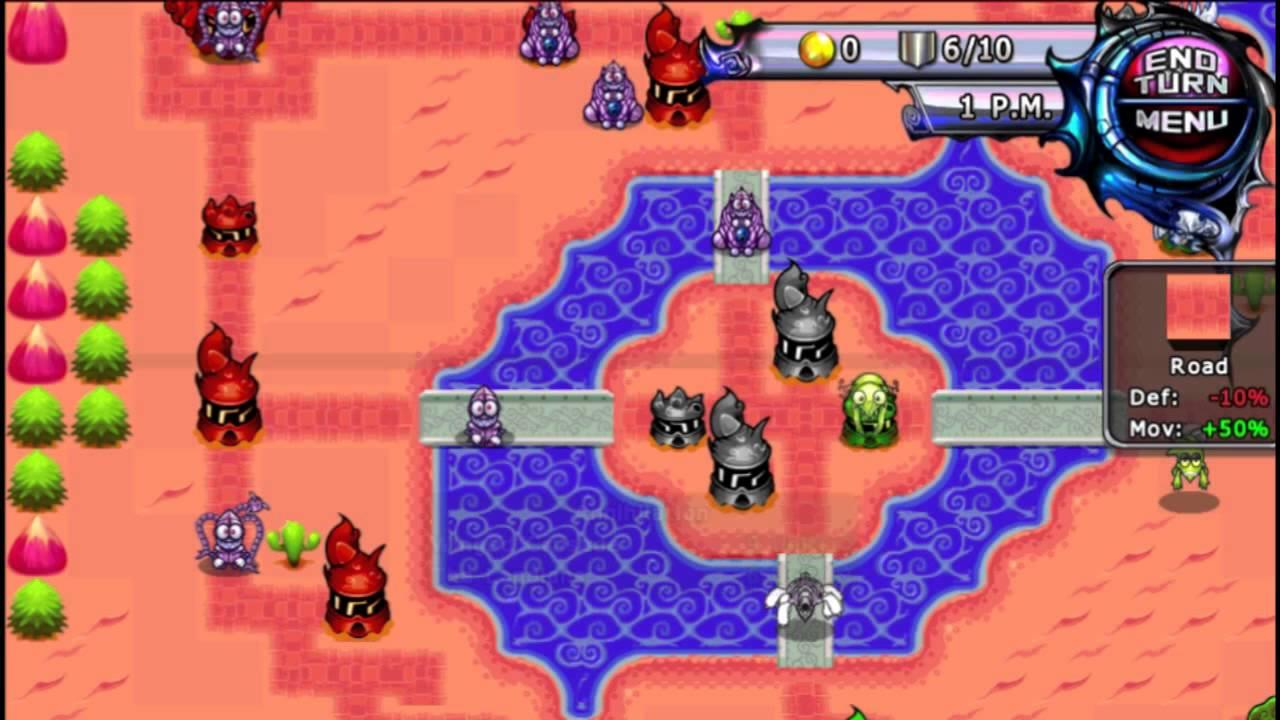 To its credit, Desert Ashes does have one thing going for it: Online multiplayer. In a stroke of genius, the game allows players to have multiple online battles going at once. And not just player versus player, but also the individual skirmishes and main campaign. Players can have all of this going at once, quickly swapping between them when something happens. This reminds me of the trend of asynchronous games on mobile phones, and I was delighted that it worked as advertised.

Although not robust, the online multiplayer mode is far from barebones. Players can create matches with different game types and turn lengths. There are also quite a few levels to choose from, though I found myself running into the same couple maps more than I would have liked. There's even a rudimentary leveling up system, which opens up new perks for the player.

Desert Ashes is at its best when real people are going head-to-head, and this feature alone makes the game worth the low asking price. With so much untapped potential, I can see this game being a real contender after a couple iterations. In its current state, Desert Ashes is a solid strategy game tarnished by poor pacing and a lack of polish.

Fans of Nintendo's long-running Advance War series will feel right at home with this new PS Vita game. It's a solid strategy game that is hurt by a lack of polish and a repetitive design. But even with the problems, the online multiplayer mode makes Desert Ashes worth buying.