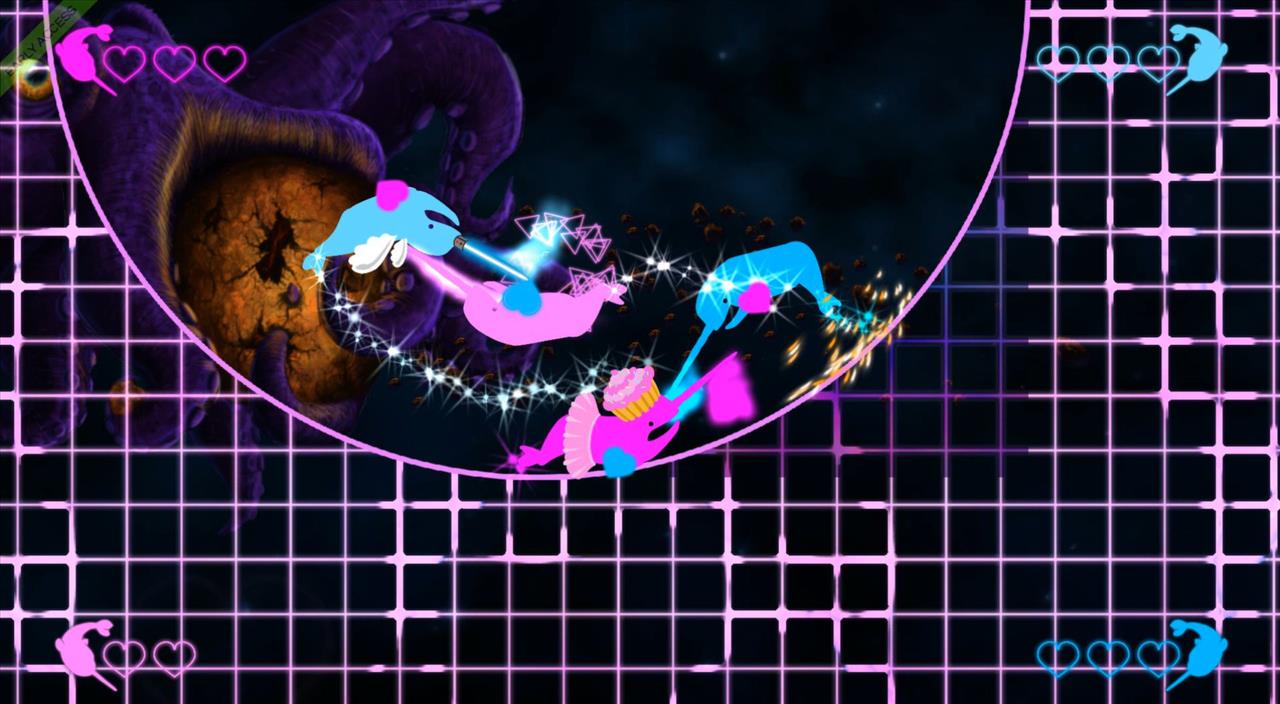 As somebody who grew up with an unquenchable thirst for science fiction, I have spent the last three decades pondering what is happening out there in the solar system. From aliens to alternate dimensions, I thought I had considered every scenario. Apparently I was wrong. Of all the crazy possibilities my brain came up with, I never once considered the prospect of a race of alien narwhals fighting to the death using little more than their tusks.

As silly as the concept sounds, Starwhal is more than a goofy novelty product. Once you get the hang of the tricky controls, this brand new PlayStation 4 and PS3 game proves to be a fun (albeit shallow) competitive offline multiplayer experience.

Although the 1980's-inspired neon can be overwhelming at the start, Starwhal isn't nearly as outlandish as it first appears. At its core, this is an update on Williams' popular Joust series. You play a space narwhal who flies around the arena using its tusk to pierce the hearts of the many competitors. The last narwhal standing (floating?) wins, and then it's off to the next stage to do the whole thing over again.

This is not one of those games that throws a bunch of power-ups at the players; it's confident in the strength of core mechanics. While deceptively simple, Starwhal has enough depth to keep the combat interesting. The flying character is also just difficult enough to feel like you're constantly out of control. You'll only be able to steer left and right, and our fighter flies about the 2D stage as if he's had way too much to drink.

Aside from the classic free-for-all battles, there are a few different ways to compete in Starwhal. The first is the Score Mode, which sees players battling to get a high score in a certain amount of time. There's also Zones, which sees players capturing and holding certain sections of the map to earn points, not unlike the King of the Hill mode found in many contemporary first-person shooters. Finally, Heart Throb plays out like a game of Tag.

While these modes help to add some much needed variety, I found myself sticking with the classic free-for-all mode. The problem is that many of these game types don't feel as balanced as they should, and I found it easy for one player to run away with the round. They are a fun deviation, but little more than that.

Unfortunately, that's also how I felt about Starwhal's few challenge levels. Aside from going up against computer-controlled opponents, these few challenges are all that is left for solo players. These levels are split into two types: Obstacles and Targets. The challenges are self-explanatory and involve the player dodging obstacles and hitting targets in a set amount of time. Although a good way to improve your Starwhal skills, I quickly got bored of the simplicity of the challenges.

Even as a multiplayer party game, Starwhal is a bit light on thrills. It's the kind of game that is best enjoyed in short doses, and always with other people in the room. And without any kind of online multiplayer, solo players should think twice about spending the money on this competitive action game. 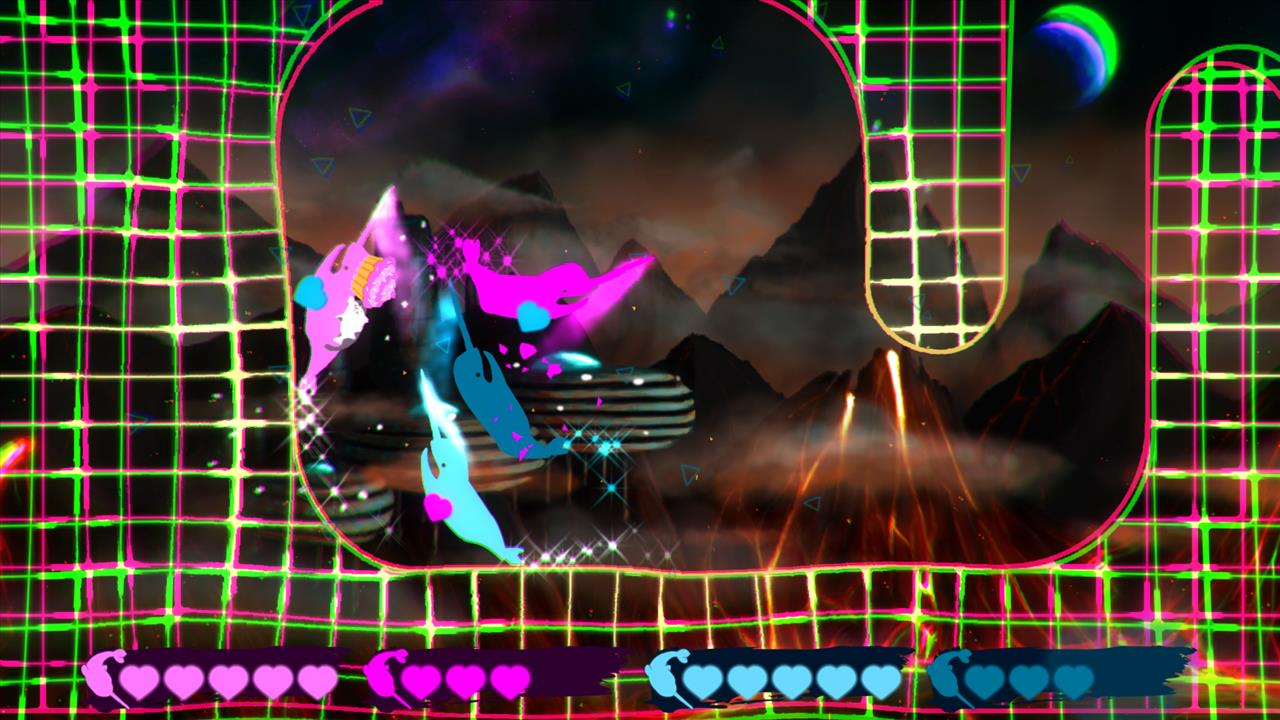 Regardless of whether you play with friends or by yourself, every mode requires a customized narwhal. You get to choose between both heads and bodies, which range from the absurd to familiar pop culture icons. Expect to see fun references to Star Wars, Star Trek, South Park and even Street Fighter II. These are a lot of fun and my only complaint is that there aren't enough.

Despite some of Starwhal's problems, I was charmed by the game's 1980s aesthetic. Between the synth-heavy soundtrack and the bright neon colors, I am a big fan of the throwback style. I also enjoyed many of the level designs, which run the gamut from being simple to a little too complicated. You'll need to fight around moving obstacles, break through ice and avoid pits of fire. Not every level is perfect as a four-person brawl, but there's a lot of variety between the game's five planets.

This is a fun multiplayer deviation, but it didn't keep my attention for long. I found many of the game modes to be unbalanced and there wasn't enough depth to keep the multiplayer-focused gameplay interesting for more than a few rounds. Starwhal is simultaneously delightful and repetitive, and only recommended to people with an active social life.

As a multiplayer-focused free-for-all, Starwhal is a lot of fun in short doses. Sadly, the game is too repetitive and the extra modes are bafflingly unbalanced. I can imagine this being a hit with large parties, but solo players need not apply.