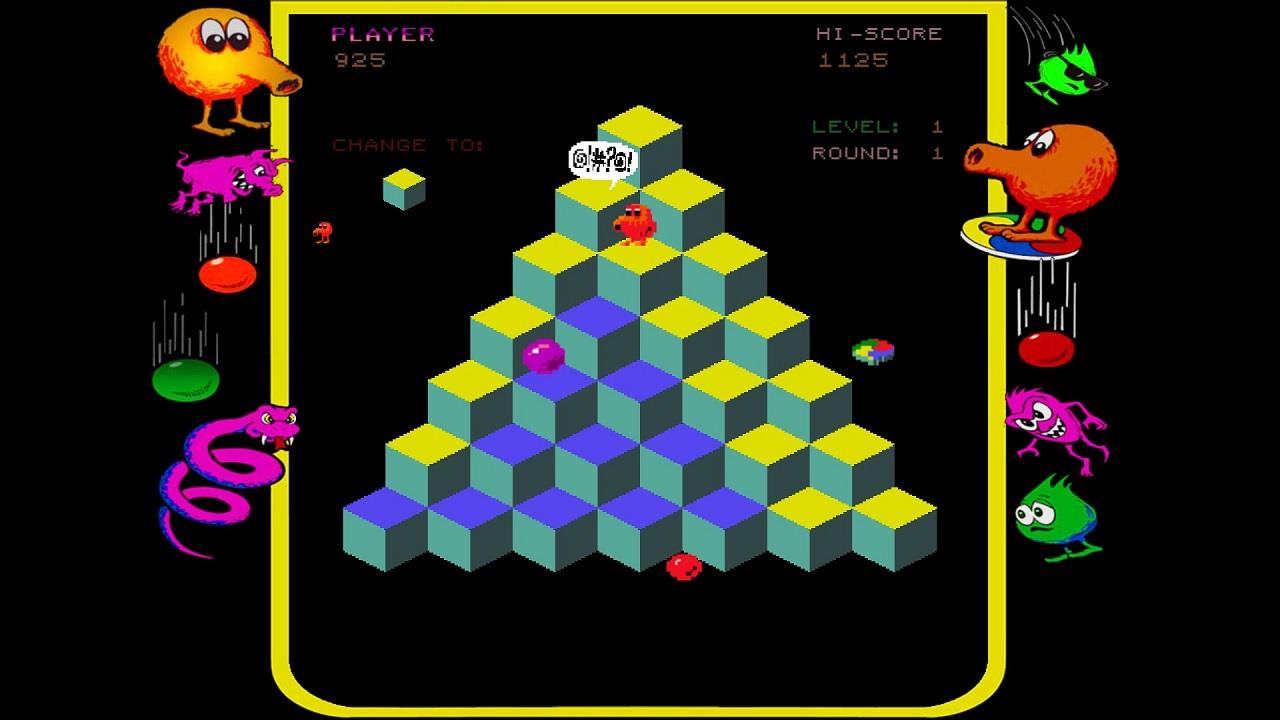 When it comes to modern reboots of classic arcade games, I'm much more forgiving that most. I look forward to seeing an updated take on old school material, even if the results are often less than stellar. But despite a few clunkers, games like Pac-Man Championship Edition and Space Invaders Extreme have proven that a reboot can not only recapture the magic of the original coin-op, but build on the formula in incredible ways.

On paper, Q*Bert has everything you would need to make a great reboot. For one thing, the weird looking creature is a lot more expressive than your typical 1980s arcade hero. There may not be any cinemas, but our hero curses like a drunken sailor every time he gets bitten by a snake. What's more, his world is already designed to mimic 3D, making it the perfect fit in an era when everything is made with polygons.

Despite all its promise, Q*Bert: Rebooted is a crushing disappointment that sends the 33 year old franchise in the wrong direction. It attempts to modernize the formula by mixing up the mazes, adding a bunch of new characters and creating a lengthy single-player experience featuring 40 different stages, each with three levels to complete. There's just one problem: The game is impossible to control on just about every PlayStation platform. 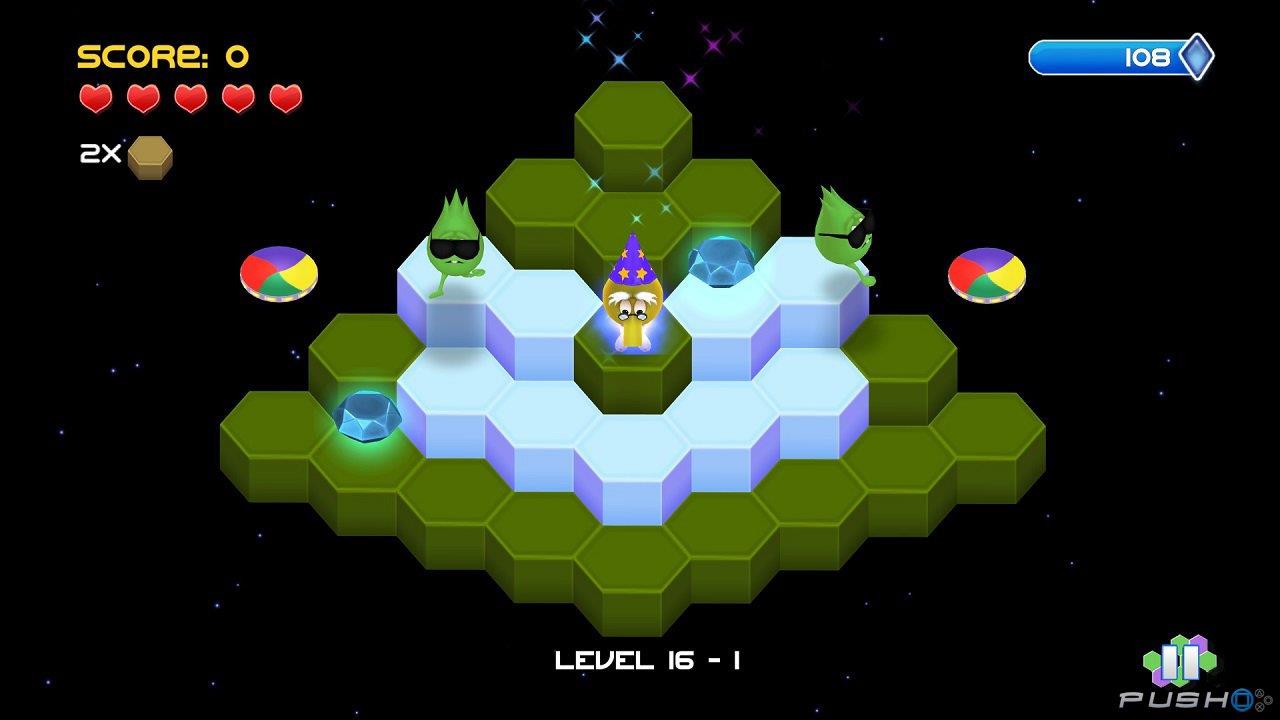 In the arcades, Q*Bert offered a control scheme made up entirely of diagonal directions. While unorthodox, it was a simple enough concept to wrap your mind around and set the Gottlieb classic apart from the competition. But instead of sticking with the simple 4 direction approach, Q*Bert: Rebooted allows players to move in eight ways. Instead of making the game easier, it only helps to turn each stage into a frustrating nightmare filled with more suicides than an average game of Lemmings.

Using the DualShock 4, Q*Bert has an incredibly tough time jumping in any diagonal direction. This is an especially troubling problem considering a single misplaced jump will result in our hero falling to his death. I cannot stress enough how frustrating the game is to control on the PlayStation 4. Puzzles that appear simple are nerve-racking for all the wrong reasons. There's simply no consistent way to control diagonal jumps, and that's a deal-breaker as far as I'm concerned. 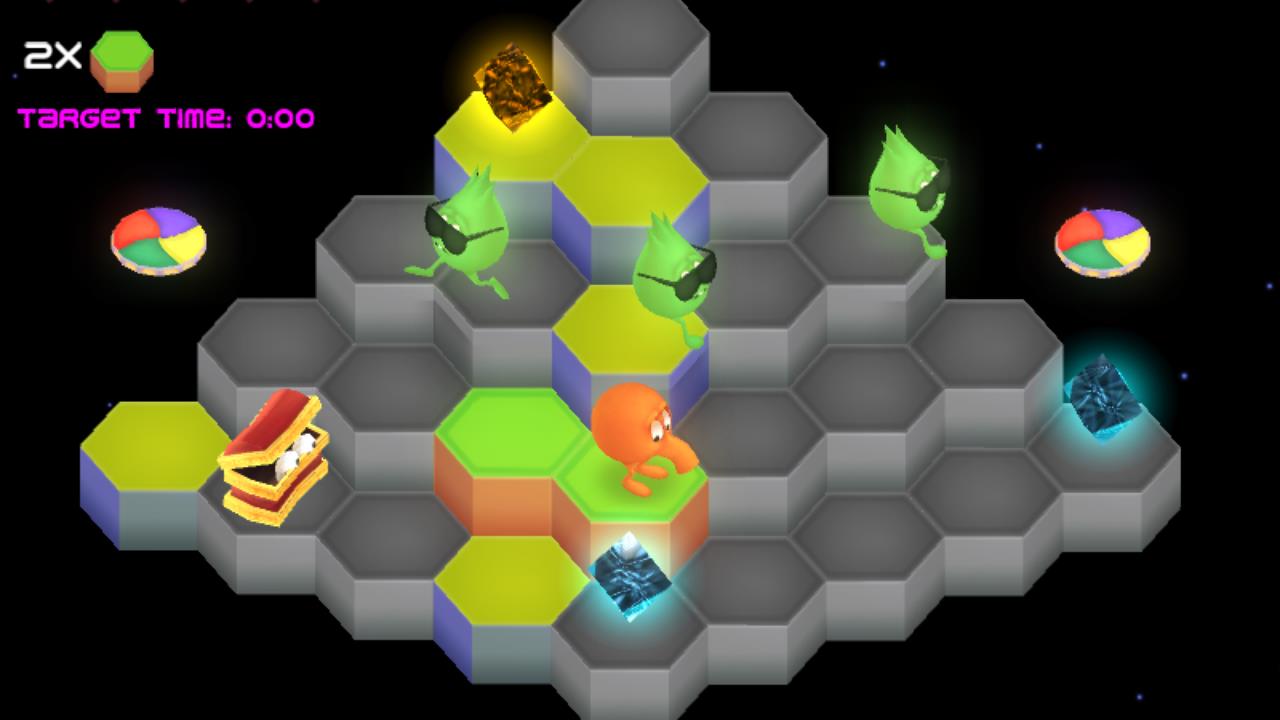 The gameplay is a little easier on the PS Vita, since you can literally point to the block you want Q*Bert to land on. This is a big improvement over the PlayStation 3 and 4, but is far from a perfect solution. I found that my fingers kept getting in the way of important information and I was dying for a whole new set of frustrating reasons.

Even if the busted gameplay was fixed through a patch, Q*Bert: Rebooted would still suffer from a litany of other problems. For starters, the story mode is the definition of overlong. It would be one thing if the 40 stages were radically different, but you'll notice a lot of repetition from one stage to the next. This problem is only compounded by having to play through three different levels in each stage.

But the most egregious decision involves the stars you collect by completing the different tasks in each stage. The three challenges are always the same -- complete the level, beat the clock and collect a certain amount of points. But here's the thing: You can't earn all three stars in a single run. You will need to play each stage a total of three different times in order to collect every star, which feels like it was done only to drag out the single-player campaign.

On top of collecting stars, gems will pop up throughout the various levels. These gems can be used to purchase other Q*People, including an old wizard, a sinister girl, a robot and more. These characters don't change the gameplay much, but some offer a visual flourish. For example, the Q*Nicorn leaves a rainbow trail behind him. 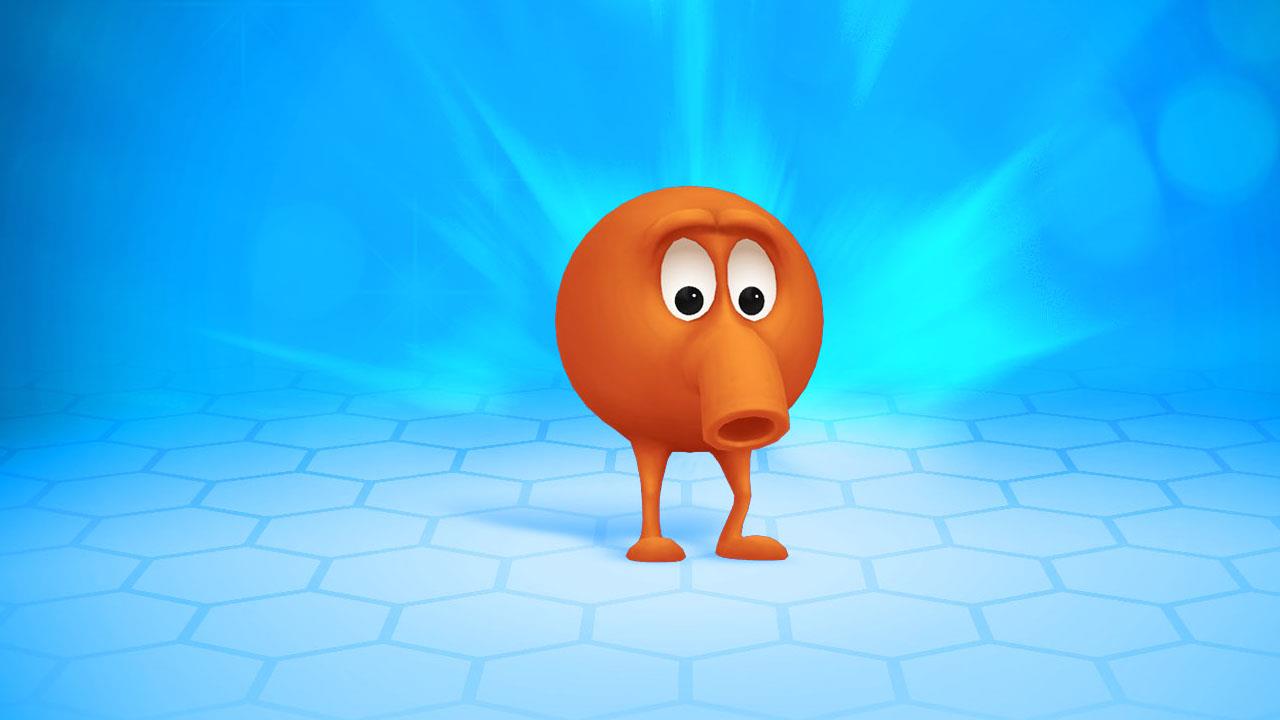 Despite all this negativity, I do have some good news. This package includes the original arcade game, which controls well on all three PlayStation platforms. Despite looking noticeably dated, this old school version has quick gameplay and is still a lot of fun. But despite having a great time dodging 8-bit snakes, I couldn't help but be reminded at all the potential that was squandered in the reboot.

It's really a shame, as there's so much to like about this game. Had they tightened up the levels and thrown out all the filler, this had the makings of a solid first attempt at a Q*Bert reboot. But the whole thing falls apart the moment you attempt to control the rotund star. There were times when it felt like yelling at my TV was more effective than using the D-pad. It should not be this difficult to move my character diagonally.

What fun I had with Q*Bert: Rebooted came from replaying the original game and not going through the lengthy story mode. Even as somebody ready to embrace retro reboots, I couldn't get past the busted gameplay and overlong campaign. Q*Bert deserves better than this.

Q*Bert Rebooted isn't without potential; it has a lot of content and some of the new ideas are solid. Unfortunately, any potential is squandered by an overlong campaign and a control scheme that often feels broken. Not being able to reliably move in diagonal directions makes certain levels near impossible. Q*Bert deserves better.