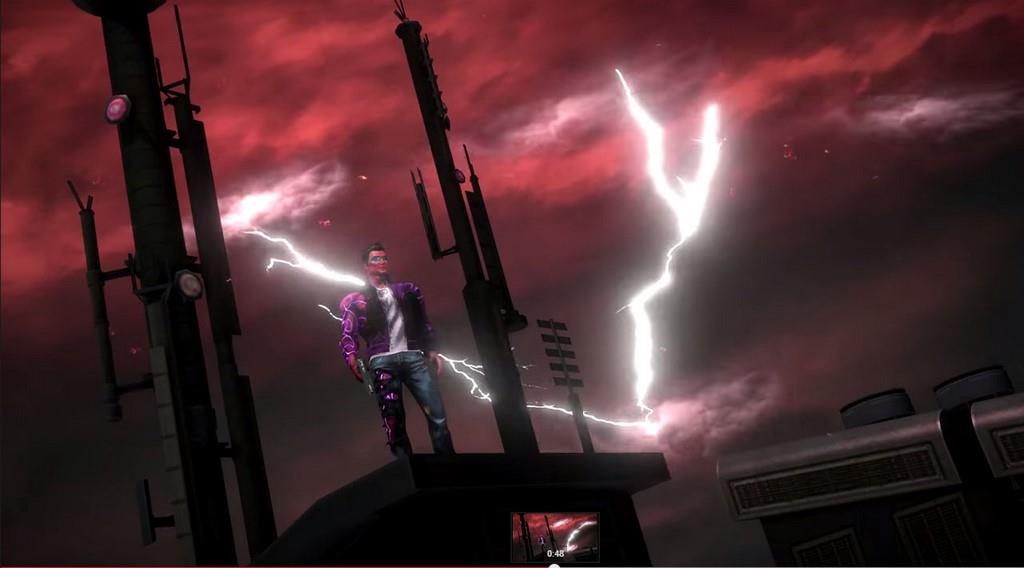 Saints Row: Gat Out of Hell

I love the Saints Row series. I have loved watching the series grow and see how they can make the new game crazier than the last. I had hours and hours logged into Saints Row IV on last gen consoles, so when it was announced for next gen, I had no problem buying the game again. Saints Row IV is still one of my favorite games of all time. There is just so much to do and so much to keep you busy. When Gat Out of Hell was announced, I was extremely excited. Hey more Saints Row is a good thing right? Well, in the case of Gat out of Hell, sadly, this isn't the case. It's not that Gat out of Hell is bad, it isn't, but the problem is that this expansion made me finally say "okay, enough of Saints Row IV".

Gat out of Hell starts with the Saints IV crew using a Ouija board when the your main character from Saints Row IV (Your character will make an appearance if there is a save file on your console) pulled into to hell by Satan himself. Johnny Gat and Kinzie go after the President and find themselves in hell. Hell is an interesting new area for the Saints Row series to go and while it does appear to me different from Steelport, the area is a lot smaller but that's understandable considering it's an expansion and not a full game. You can choose to play as fan favorites Johnny Gat or Kinzie Kensington although I have a feeling that Kinzie's inclusion might have been an afterthought. Even when you are playing as Kinzie, Johnny seems to be the focal part of the story and characters usually speak as if they are talking directly to Gat.

Right from the start, you will be able to participate in some of the various diversions you have known from previous games. You are given the ability to fly almost immediately so if you loved collecting orbs in Saints IV, you are gonna have plenty more to pick up here. Since you can actually fly now instead of gliding in previous games, a lot of the orbs will be in the air and will take some skill to collect. This part of the game I loved and I found flying and collecting orbs way more fun that it was in Saints IV. It seems like flying was just a way to get around the map faster in Saints IV but it Gat out of Hell it is essential. You'll also earn most of the same powers that you got in Saints IV as well but a lot quicker this time. Pretty much you'll get all this stuff right off the bat which I loved. You'll also begin to pick up your crew for the game rather quickly as well and of course you can expect a pretty crazy bunch of characters to join you. Characters like Shakespear, Captain Ahab, Vlad The Impaler and the Viola Twins will join you, they don't nearly add as much as the companions from Saints IV do.

The story is as crazy as you would expect from a Saints Row game. Satan has captured the President because he wants him or her to marry his daughter Jezebel. Sadly, this story doesn't feature nearly as much of the humor you would expect from a Saints Row game. In fact, there isn't really much of a story at all. Almost all of the story missions in the game are just completing diversions and "loyalty quests" for your companions. These loyalty quests however are again, usually nothing more than completing a series of diversions that you have to complete. In previous games, the quests were usually their own unique missions but here you are just completing diversions over and over again. Again, the diversions are fun, but there is hardly any variety in this game, so you may find yourself getting bored rather quick. 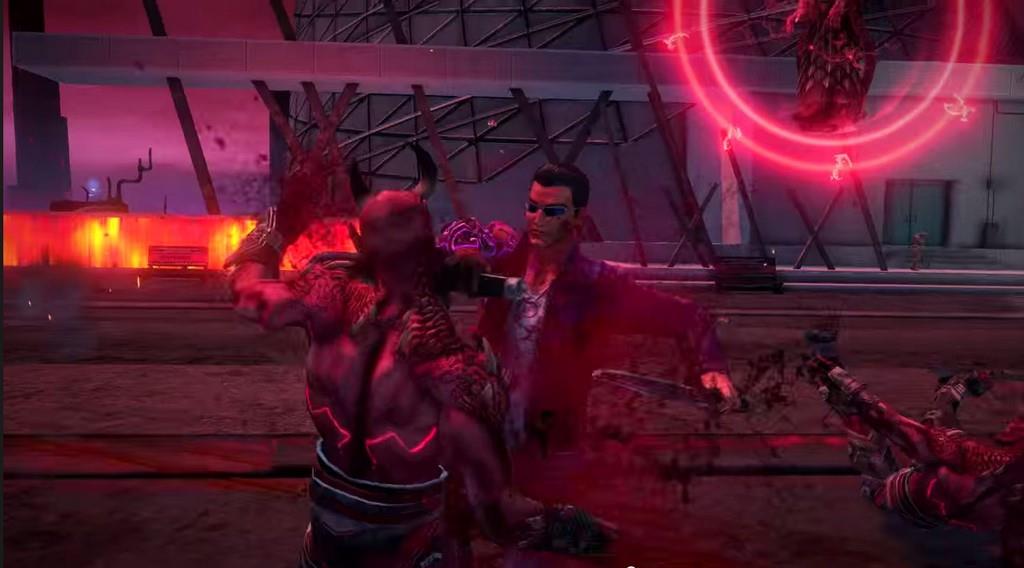 The one thing that Gat out of Hell doesn't disappoint in is of course the weapons. It wouldn't be Saints Row without a slew of crazy weapons and Gat out of Hell delivers in that department. Guns that shoot a plague of locusts, frogs that explode and a lazyboy recliner that you can ride around shooing twin miniguns and rockets. I can imagine that sitting in production meetings, thinking of different crazy guns to put into the game is probably really fun and the guns are of course a blast to use. I actually found the guns more useful in this game than I did with Saints IV where I usually just used my powers to defeat enemies and of course the powers do return in this game. All of this is fun, but it really seems like once the fun begins, the game is about to end.

Knowing that this is an expansion, I wasn't expecting a full blown game when I first started playing, but as I progressed through it, I realized just how short it was. When I first played Gat out of Hell, I played for a good two to three hours like I usually do with Saints Row games. There is a lot to keep you busy here but when I loaded up the game again, I was shocked to see that I had already completed 50% of the expansion. Most of the time was spent picking up orbs, and completing diversion missions. Again, there isn't anything wrong with the length I guess, I was expecting way more in terms of a story. Most of the story is told between storybook style cut scenes but there are hardly any of them. Most of your time is spent causing enough chaos to fill up a meter and call out Satan. The most disappointing thing about the story was that musical number that they advertised. I was under the impression that the whole game would be like that, but sadly, there is only one of them and they already showed the whole thing off ahead of the games release. I understand what a huge project that would have been but man, I really want a full blown musical videogame now.

The main issue I feel with Gat out of Hell is that just doesn't have the heart and soul that previous entries in the series has. I feel like this could of had a lot more to offer in terms of a story but all you will be doing the entire time is side quests. It feels like filler. I mean, it's not bad, it's still fun but it all feels too familiar and doesn't really offer anything new to the game aside from the new setting. To be fair, you can buy Gat out of Hell packaged in with the next gen copies of the Re-Elected edition so you could look at it as getting some extra Saints Row IV if you haven't played it before. For me though, having played tons of Saints Row IV, I feel like I have had enough and just want to see what the bring in the next entry in the series.

Gat out of Hell is not bad, but it's not great either. To put it simply, it's more Saints Row IV. If you go into it thinking its going to have all new gameplay with an all new story, you are going to be disappointed. It's fun but the overwhelming feel of deja vu may sour you a bit on it.