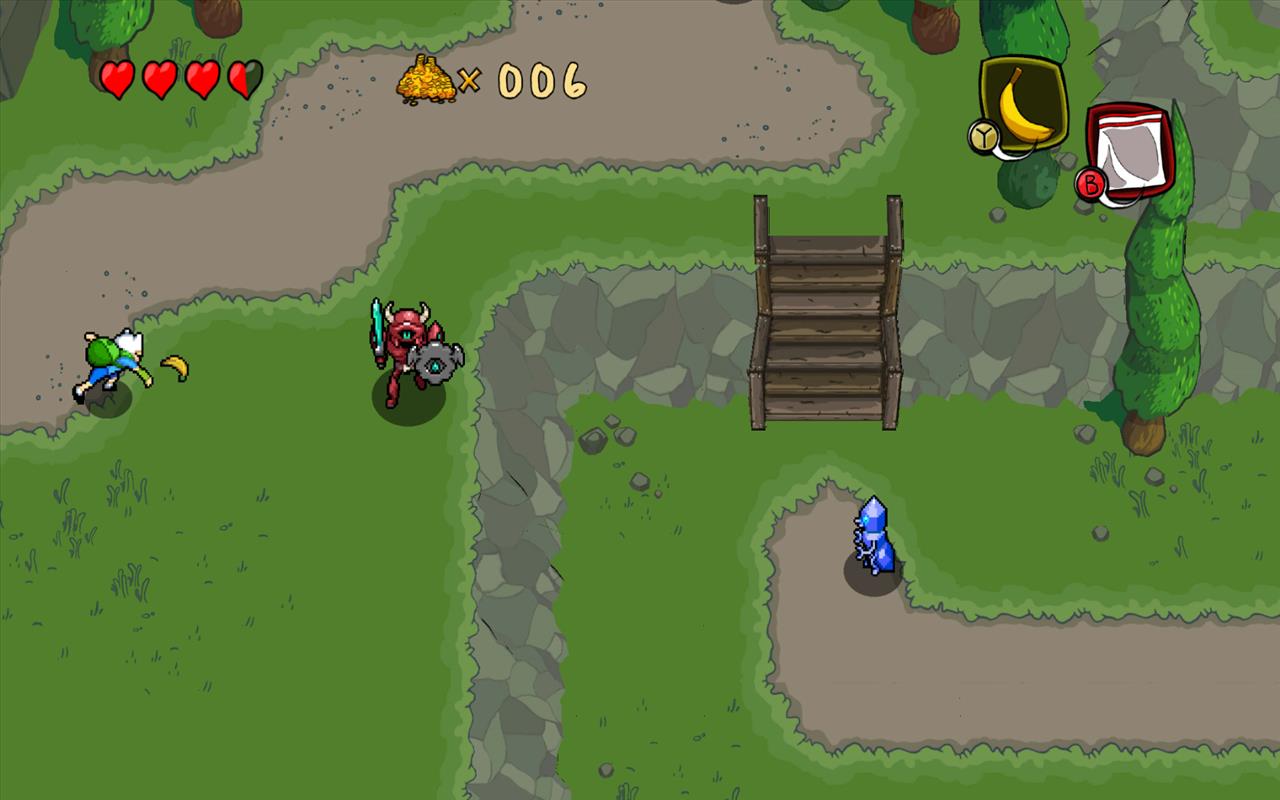 Written by Jeremy Duff on 2/20/2015 for Vita
More On: Adventure Time: Secret of the Nameless Kingdom

It's said that “imitation is the sincerest form of flattery.” If that is the case, then Nintendo should be incredibly proud of their classic SNES game The Legend of Zelda: A Link to the Past. The title has spawned numerous copycats over the years, all focusing on the same top-down, action-RPG style, with as much puzzle solving as there is action (fighting). Some are blatant ripoffs of the original formula and others have managed to duplicate Nintendo’s blueprint in a respectful manner. Adventure Time: Secret of the Nameless Kingdom, thankfully, is one of the latter, being a faithful tribute to its 16-bit ancestor. It comes across as paying respect to the classic SNES game from beginning to end while blending in its own brand of twisted humor.

Secret of the Nameless Kingdom almost comes off as a pseudo-parody of Nintendo’s classic RPG. Not in the sense that it mocks the original game but that the adventure parallels Link’s quest in the manner in which it is laid out—but does so with reverence and humor. The references are there, literally from the start, as your first mission is a one-to-one direct copy of the opening section of the Zelda game. While it feels very Zelda-esque every step of the way, it is all done in a tongue-in-cheek manner, acknowledging its outlandishness every step of the way. 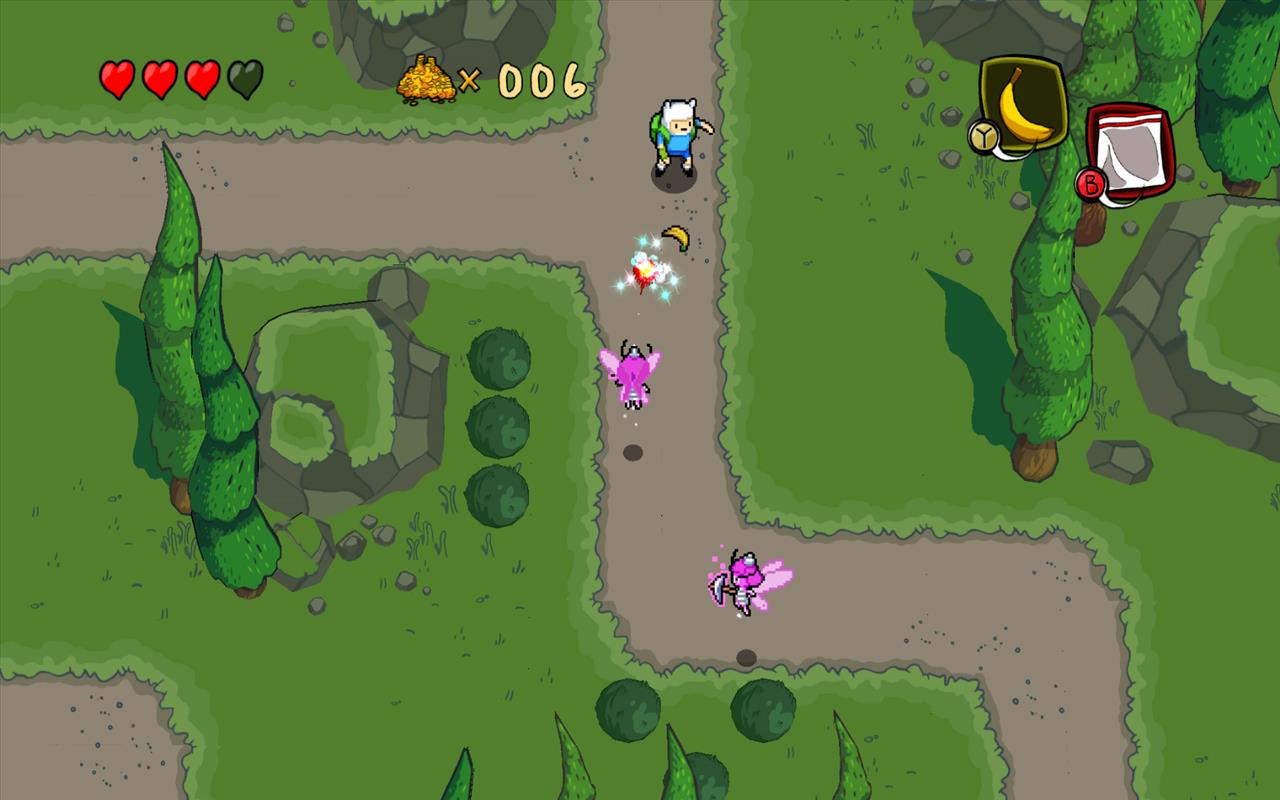 Your main job is to seek out the three princesses scattered across three separate dungeons in the Nameless Kingdom. Each dungeon has its own theme visually, making them unique along with their own experiences. Just like Zelda, it will require your brain more than your brawn to make your way through them. They are all filled with “simple” puzzles and problems for you to solve in order to progress and eventually face off against a big, bad boss. That is the core of the gameplay: finding and obtaining the right tools for the job and then using them to take down a large boss. It might be a certain weapon that allows you to activate a special switch, or moving objects into their correct positions to reveal paths. You have played this type of game many times before, and it never really strays from that formula, playing it safe in that sense all of the time.

While you have played games very similar to this, nearly all of them lack the character and spirit that this one has. That is all thanks to the Adventure Time world and brand of humor, prevalent every step of the way. You will get to see a lot of your favorite characters from the show throughout the tale, such as Choose Goose, the Ice King and Tree Trunks. They all bring their patented brand of humor to the adventure, and, with the help of most of the original voice cast from the cartoon, make it feel like a genuine Finn and Jake adventure. 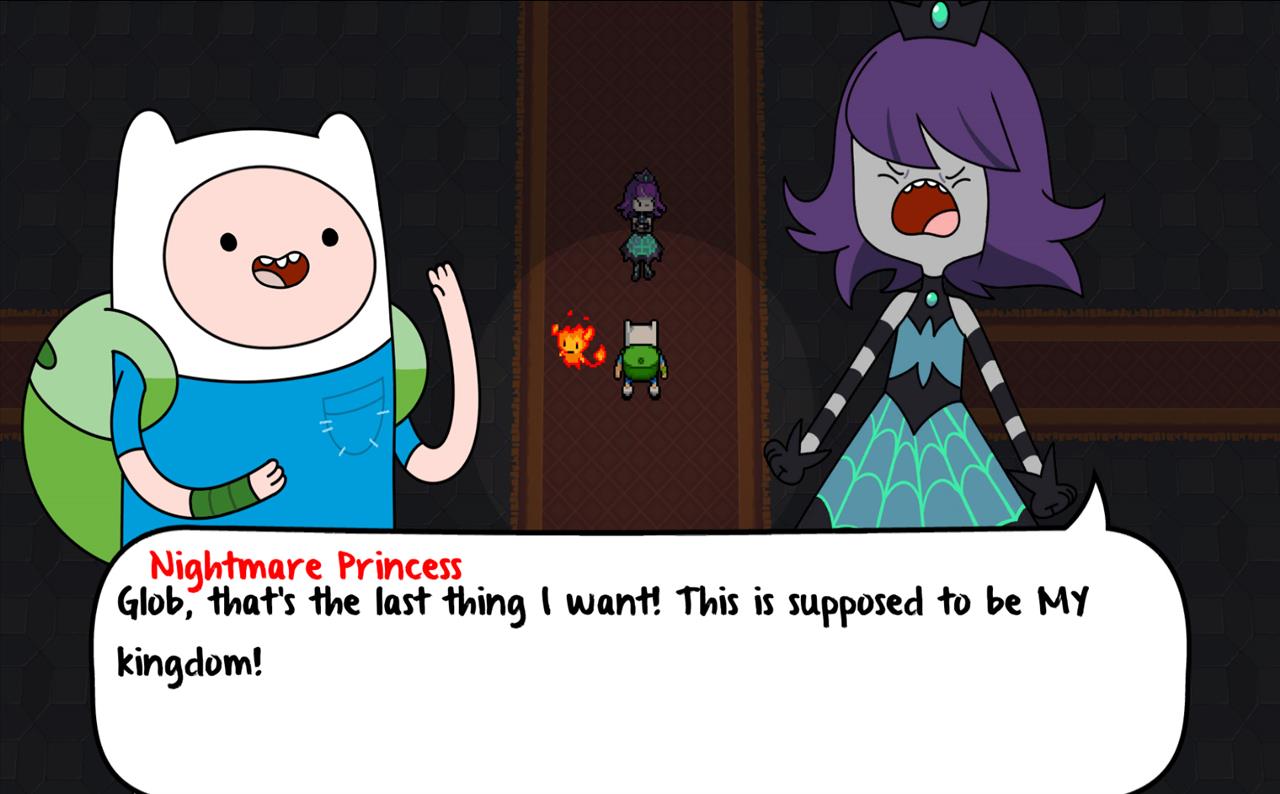 As enjoyable as the game is, there are a few issues that rear their ugly head on occasion. First off, from a technical standpoint, there seems to be issues with the game registering attacks on the enemies at random times. There are many times where I whiffed a swing of my sword and ended up taking retaliatory damage from an enemy when it was clear to see with my eyes that I had made contact. Luckily, this wasn’t something that happened enough to cause me to die regularly, but it did happen enough that it was noticeable throughout.

The other complaint I have, and arguably the biggest problem with the game, is the lack of direction given in terms of where to go. There were many times when I found myself wandering around the map, completely lost, hoping to stumble upon something new. The storyline and character interactions don’t exactly make it clear where your heroic duo should head next. You sort of have to feel things out for yourself. The same issue is often apparent in the dungeons, as I found myself wandering around, looking for some small clue to send me in the right direction. Sometimes it is something as simple as failing to talk to a certain NPC along the way, which can derail your quest for a good hour or so. The game, in and of itself, isn’t extremely difficult. Then again, it is meant for a young audience, so it really shouldn’t be. The hardest part is really just finding your way through the tale without getting frustrated. If it gave you just a bit more in terms of leading you through the world, then it would go from being a good adventure to a great one.

If you are an Adventure Time fan, or have one in your family, then Secret of the Nameless Kingdom is definitely worth checking out. It is perhaps the best video game that we have seen to date from the Adventure Time franchise, which adapts perfectly to this setting. Just don’t expect to find anything groundbreaking here in the gameplay, as it plays it safe every step of the way, never really straying from Nintendo’s patented formula.

Secret of the Nameless Kingdom is a pleasant surprise. Despite a few technical hiccups and some (gameplay) road bumps along the way, I enjoyed the adventure every time I picked up my Vita. It is a great nod to the classic Zelda game, and never crosses the line from being a homage to being a copycat title.