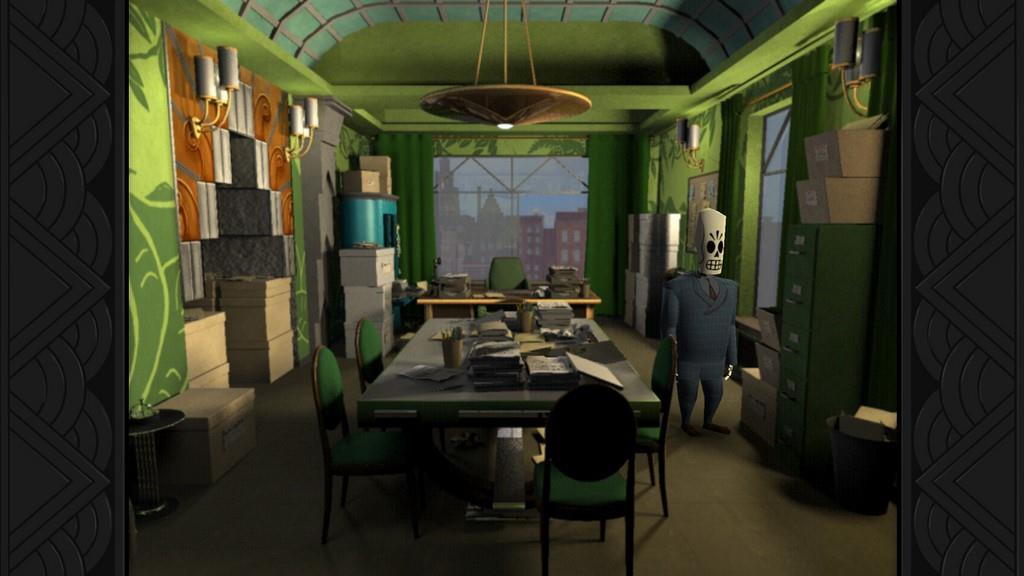 Written by Cyril Lachel on 2/3/2015 for PS4
More On: Grim Fandango Remastered

After Telltale's success with Sam & Max and Tales of Monkey Island, it seemed inevitable that we would start to see other classic point & click adventure games make a comeback. I figured that the floodgates would open and a whole new generation of gamers would have a chance to experience Maniac Mansion and Full Throttle. Sadly, most of my favorite graphic adventures are still stick in the past, but PlayStation 4 and PS Vita owners finally have a chance to discover the timeless storytelling found in Grim Fandango.

Originally released in 1998, it has taken nearly two decades for this old school LucasArts adventure to make its way to home consoles. But if you're one of those people who missed out on the PC original, Grim Fandango Remastered was worth the wait. It offers a wonderfully bizarre story that remains just as funny and creative as it was in the 32-bit era. And while this version does suffer from a few technical issues, I think it's time everybody finally discovers the brilliance of Grim Fandango.

Working as a travel agent at the Department of Death, Manuel Calavera is trying his hardest to work off his debt to "The Powers That Be." Unfortunately, it seems his colleague, Domino, has been getting all the juiciest assignments while our hero suffers with scraps. Playing by the rules clearly hasn't worked, so Manny decides to cheat the system. It's in pulling off this stunt that our hero discovers a woman who is as pure in heart as she is lovely. Manny knows this could be the ticket to a brand new life and will stop at nothing to track her down.

If you think that finding the woman and securing a spot on the Number Nine train out of town is going to be easy, then you clearly don't know anything about old school point & click adventures. As he digs for information, Manny discovers a troubling conspiracy that forces him on a four year journey that literally sends him to the end of the world and back. I hope this dame is worth it.

Because it was released so late in the 20th century, Grim Fandango missed the point & click adventure craze by a number of years. But this ultimately worked out to the game's advantage, as this was the result of more than a decade of seeing what works and what doesn't. They knew how to pace a story, create compelling characters and, most importantly, design a logical puzzle. This was LucasArts at the top of their game.

Despite its ghoulish themes, you shouldn't be scared off by Grim Fandango's point & click roots. This is not the kind of adventure game where puzzle solving means combining a toothbrush with a twelve string guitar to get the car started. This is not the kind of game where you'll spend the whole afternoon testing every item on each person you meet. The puzzles make sense in the world and are often hinted at through visual and aural cues. Grim Fandango feels a lot more modern than what its age might suggest.

Having not played the game in nearly two decades, I was struck by how episodic the experience was. The game is split into four acts, each separated by a year. This not only opens up a brand new area to explore, but forces us to reconnect with the characters and see what they've been up to. It's the kind of game that could easily be spilt up into four episodes and released as inexpensive downloads. Thankfully that's not the business model they chose.

While many of the story elements feel modern, there were a few moments that hit me over the head and reminded me that this is a seventeen year old game. The game's hints are subtle, often requiring players to pay close attention. It's easy to get stuck because you miss an out of the way door. The same goes for important objects and puzzle pieces. Had this been developed in 2015, these clues would have been much more obvious. 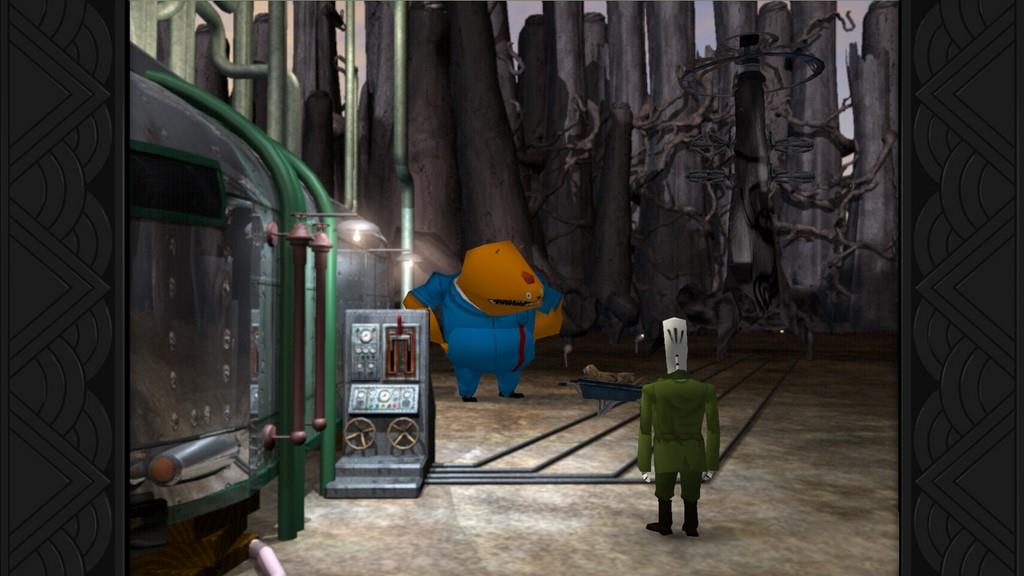 If you've been spoiled by remastered games like Grand Theft Auto V, The Last of Us and Resident Evil, you may be disappointed by Grim Fandango's presentation. The game is an impressive mix of pre-rendered backgrounds and characters made up of crude polygons. This was long before the days when every character was lifelike with realistic facial animation. Most of the characters are large and blocky, but the unique art style makes it all work. There are times when the simplistic character designs are a benefit, and you'll barely notice the occasional ugly texture after spending a few minutes with Manny.

The reason Grim Fandango remains so memorable all these years later is because of the world it creates. The Land of the Dead is unlike anything I've ever seen before and pulls from a culture that is often ignored by video games. It somehow manages to combine mariachi with classic film noirs of the 1940s and 50s. And everybody smokes. It's an incredibly rich world that I never wanted to leave.

Instead of using a mouse and keyboard, Manny is controlled using the DualShock 4's analog sticks and face buttons. This works out well for the most part, but can be a real nuisance when the camera angle changes and the control suddenly switches. The PS Vita version uses the same controls as the PS4, along with optional touchpad commands. The screen may be smaller, but I had an easier time controlling the action on Sony's portable.

No matter if you're new to the Land of the Dead or a returning visitor, Grim Fandango Remastered is a thrilling adventure everybody should experience. It's full of funny characters and twists you won't see coming. It's both a touching love story and a harrowing tale full of action and excitement. Best of all, even after 17 long years and the transition to a home console, Tim Schafer's masterpiece hasn't missed a beat.

After seventeen long years, Grim Fandango finally makes its console debut on the PlayStation 4 and PS Vita. This is a remastered port of one of the best point & click adventures of all time, and the Tim Schafer classic hasn't missed a beat. It's overflowing with fascinating characters and a story full of twists and turns. No matter if you're new to the Land of the Dead or a returning visitor, Grim Fandango Remastered is a must-play.