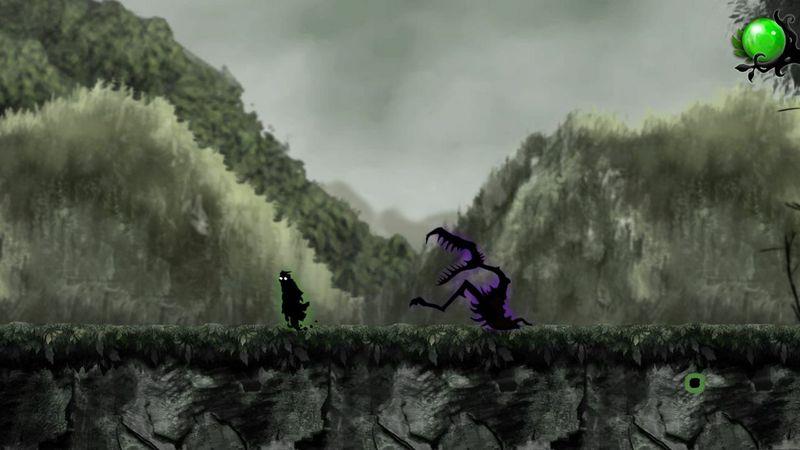 Written by Matt Mirkovich on 2/19/2015 for Vita
More On: Nihilumbra

I missed the hubbub over Nihilumbra back when it was the darling of the mobile world back in 2012. At the time of its release in 2012 it could have helped bolster the then new Vita with some indie flavor. It’s a little over two years later and now BeautiFun Games have made the port to the Vita, and while the gameplay is still solid, this is a very no frills port. Which means that this game isn’t going to be doing anything different than when it was released on other mobile devices a few years ago.

This isn’t to say that Nihilumbra is a bad game, because it certainly isn’t and I can definitely see why it was so well received. A puzzle platformer at heart, Nihilumbra is a story of the Void, and your birth from within it. You’ll earn powers that help you escape the clutches of a world that wants you back, and learning how to use these powers will make up the bulk of your experience. This game contains a fairly short campaign that actually sets you up for a real challenge, so while you’ll clear the story in a little under three hours, the real fun starts after you complete the story.

From an audio visual standpoint, this game hasn’t changed much from the porting process, and as a result it tends to look a little boring. Each area has its own theme, which in turn is reflected by very obvious color uses. The audio is great on its own, but a lot of that is undermined by the narrator. I don’t know if the guys at BeautiFun were big fans of Supergiant and Bastion’s narrator or what, but man does this game lay it on thick with every possible experience. It gets to be quite tiresome to listen to Nihilumbra’s narrator drone on and on about the Void, and how you’re your own person who should feel a certain way. If I could mute him, I think I might have enjoyed the story a little bit more.

The puzzles themselves are for the most part well thought out, and give you a decent sense of satisfaction when you figure them out. Each of the abilities you are given are designated a color, blue will make the ground slippery and give you more momentum, green will cause you to bounce, while brown will hold you in place. Red will damage your enemies, and yellow will give power to objects that can help you or hinder your enemies. You’ll use these skills in tandem to escape the clutches of the Void, and to deal with the denizens that are after you. There are a few challenges which require you to kind of game the system over the course of the main story mode, although it’s hard to tell if this is intentional or not. The actual challenge comes much later though, and these puzzles require a little bit more grey matter and after finishing the story they are a great addition. 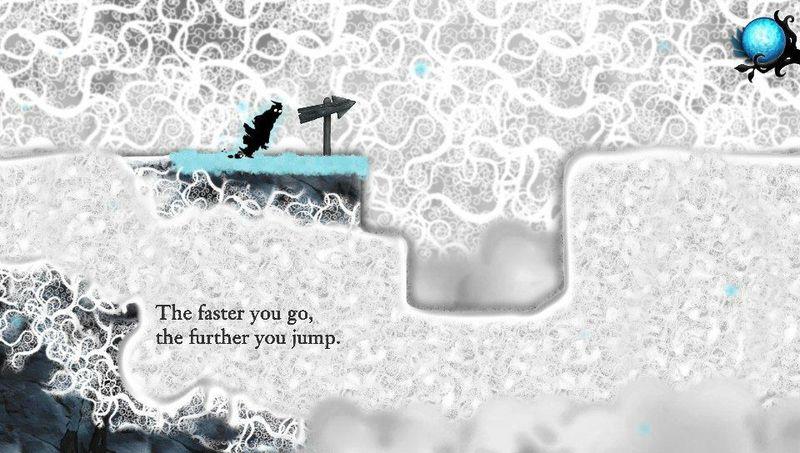 The use of the Vita touch screen for placing colors on the screen to use feels pretty good, but the color selection is kind of awkward, in that you can only access the power of the Void to remove colors by selecting it from the game’s drop down menu which is only accessible via touch controls, while you can cycle through all the other colors by using the triangle button. It’s a weird thing, but it does come up every now and again, and I wish it wasn’t handled in this manner, especially when some puzzles are timed and require you to conserve your energy for dispersing colors.

All in all, there is definitely a lot to like about Nihilumbra, but there are some things that can be off-putting as well, with the narrator being the main culprit. But the gameplay is great from start to finish, it’s just a shame it took so long for this game to make its way on to the Vita, as Sony’s portable could use more games like this. If you’ve got some spare change sitting in your wallet, give this game a look, it might surprise you the same way it surprised me.

Nihilumbra is a good first effort from BeautiFun Games, hopefully this promising title leads to better things from the studio in the future. It's definitely a standout title on the Vita's indie store, even with some minor issues.