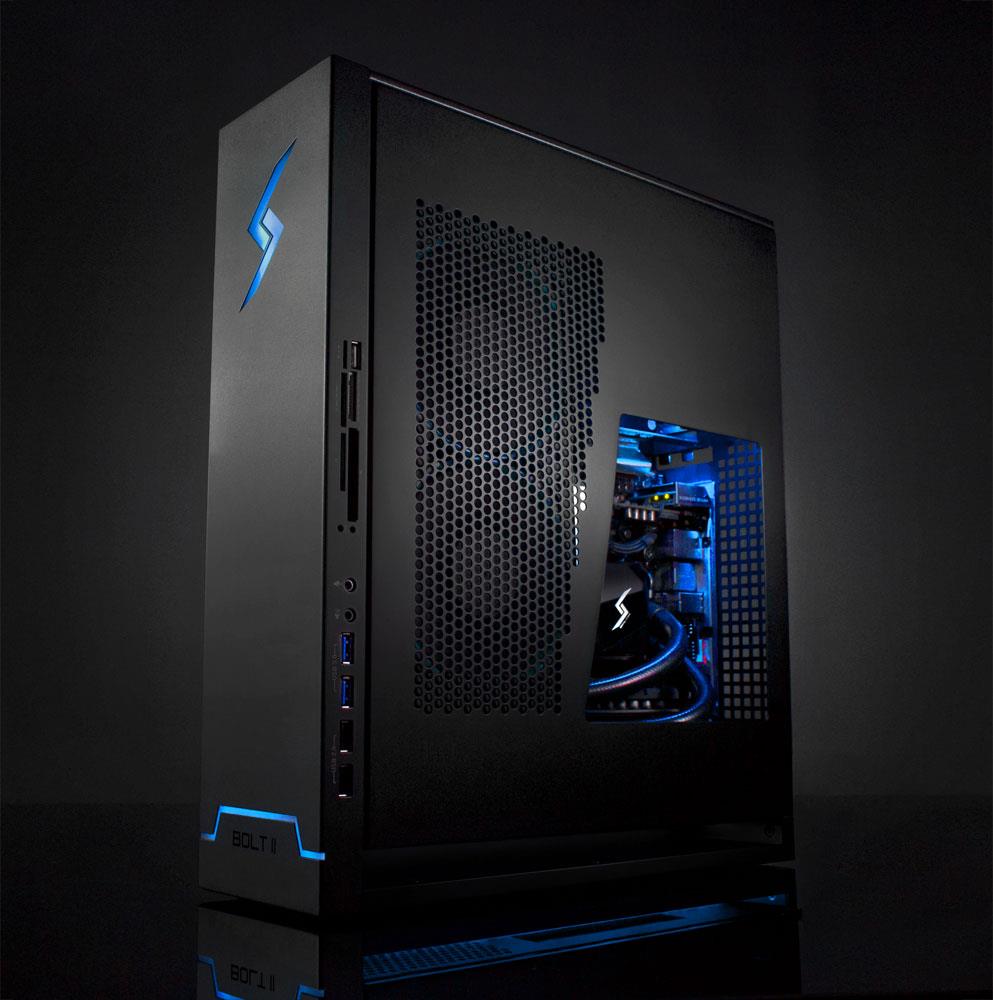 The world of PC gaming seems to ramp up the competition between retailers year in and year out.  While many PC gamers prefer to build their own systems piece by piece, whether they order their parts online, make a trip to a local computer store such as Fry's or Micro Center, or buy custom systems from eBay, all of these options have a constant:  Powerful systems command respect, and Digital Storm understands this.  As we approach the holiday season, if there's a PC gamer in your life that you want to wow, then the Bolt II series of gaming PCs is an option that should be considered.

The Specifications
I've had plenty of time to enjoy the Bolt II in my own home for several weeks, now.  It must be disclosed, however, what the specifications were before we dive head first into this review.

There are four levels to start with when customizing the system, all meant for different levels of power and performance, though each level will certainly hold its own to just about anything thrown its way.  Please keep in mind that these are the base configurations and can be freely upgraded to your exact specifications.

Our system was a hybrid model, one that was a custom build based off of the Level 3 specifications, with the changes being that our graphics card was a GTX 780 Ti 3GB, a 500 GB SSD, and a 2TB HDD. 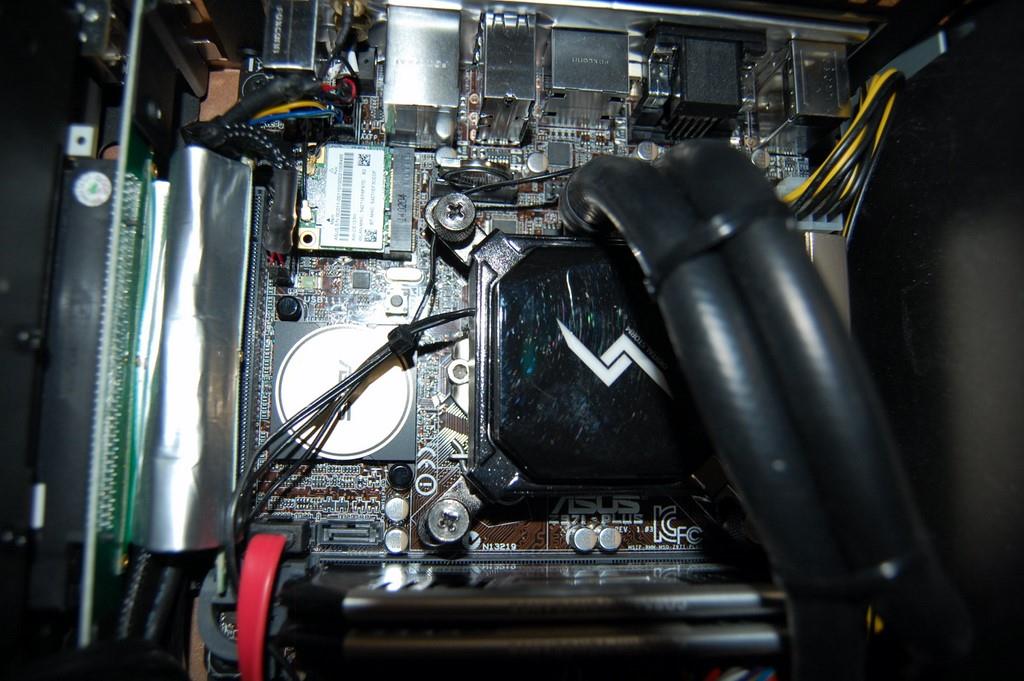 There's a lot to take in with these numbers, but the big changes across the base models are with the processors and graphics cards.  Looking at the base specs, Level 2 seems to be the best bang for what you're getting, with a very powerful Core i5 processor, solid graphics card that will play anything available at present time, and enough storage space to store your games off of Steam, Origin, and direct download.

The Pros
Digital Storm is pushing the "small form factor" cases with the Bolt II, and the result is a sleek tower that is just 4.4 inches wide and 16.4 inches tall.  The overall look of the PC is very polished with a brushed copper look.  Transporting the tower isn't a problem, though it's a beast and has some weight to it.  Inside of the unit, the pieces are very neatly packed.  Liquid cooling by Corsair was taking care of the processor and posed no real threat of getting in the way of anything.  All pieces are removable and are able to be upgrade with relative ease, though it bears mentioning that it's important not to lose the shields that are marked "removeable" as they protect the peripherals.

Windows 8.1 may be a love/hate OS for a lot of users, but having it pre-loaded made start-up easy.  I ran the PC on both my three monitor set-up with my current gaming pc (three Samsung 24" 1080p monitors) with no issue and was able to transfer it to my 55" Panasonic ST30 Plasma, turning it into an all-in-one media center, though the desktop resolution really needs to be less than 1080p if you want to see what's going on with the desktop and browser.  Also, running Steam on the system in your living room on a large TV is going to need Big Picture Mode as it makes things much easier to navigate.

The Bolt II is also whisper quiet, except for the start-up where every fan starts running for just a few seconds.  After that, I never heard a single sound out of the system, even when running Final Fantasy VII, Skyrim, or Fallout 3. 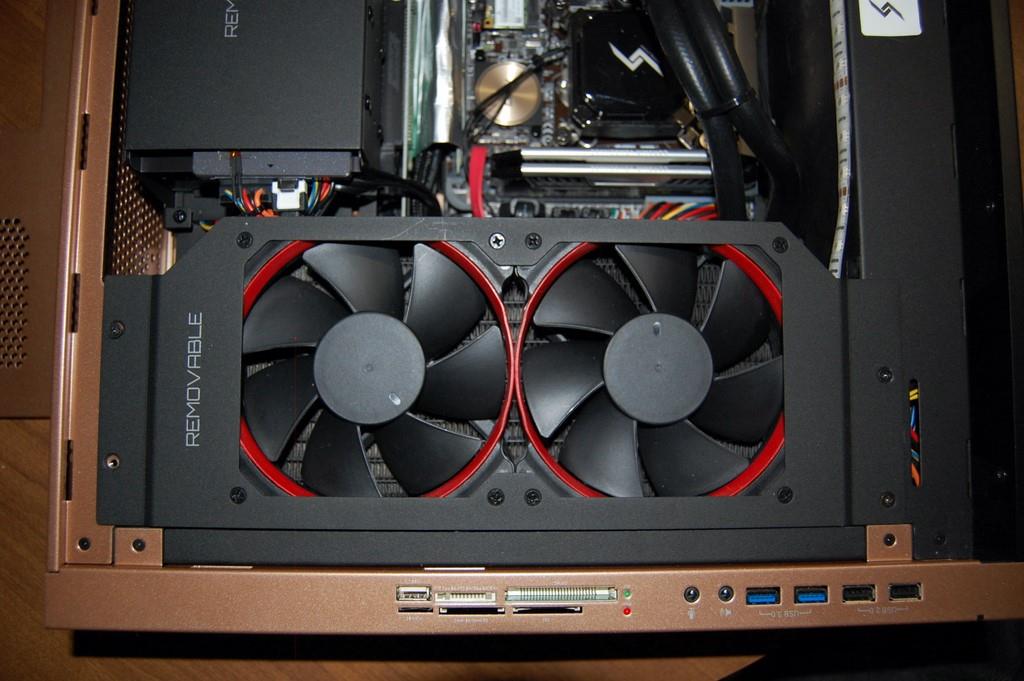 The Cons
The builds can get a little pricey when getting to the top tier, but that is to be expected within reason considering the hardware available for selection.

It may be small form factor, but the Bolt II is a beast with weight.

Going back to the love/hate relationship with Windows 8.1, some are going to steer clear of it for this very reason, wanting to get it with Windows 7.  This is a decision I can definitely understand.

Performance
I spent ample time with the Bolt II in two different environments, as I previously mentioned, and the Bolt II performed admirably in both of these environments.  Thanks to the small form factor, transferring the PC from one room to another wasn't too much of a hassle, though it is quite heavy and can make it a tad awkward to carry. 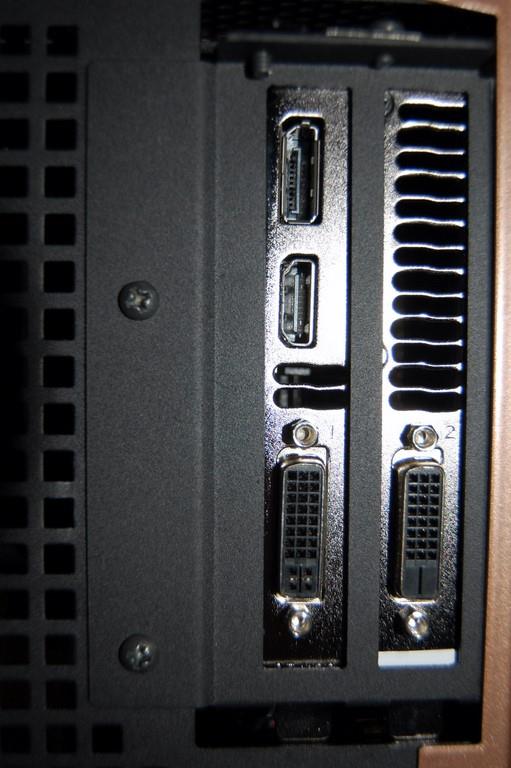 The setup for my living room, involving my 55" plasma, was enjoyable as a media center/gaming rig.  It was nice to be able to stream Premier League action on the weekend via Live Extra (Time Warner Cable in my area does not have access to Live Extra on their regular setup; only via the TWC TV application) without having to put on headphones and watch the action on a smaller screen.  Thanks to the powerful processor and graphics card, watching soccer was a piece of cake.  Gaming on the plasma was what I expected it to be, considering I have streamed Steam to my TV before, but having Steam going through the SSD made it a pleasure to get instant loading while playing Skyrim, especially with a wireless dongle to use a Xbox 360 controller and not having to deal with a keyboard like usual.  PC gaming purists might scoff at that, but this is one of the advantages to PC gaming:  having options.  If I'm playing on a TV that's 55" and I'm sitting twelve feet away, I'm going to want to use a controller.

When using my normal setup of three monitors, the Bolt II handled it fairly easily, though the graphics card did get more of a workout having to deal with three displays on one card (my current setup uses two GTX 760s to share the load) and, occasionally I would hear the fans on the graphics card kick in, but only when it was having to deal with a heavy load in either Skyrim or Fallout 3.

I enjoyed that the Blu-Ray burner that was built into the system was a slot-loader and not a tray that could be broken.  While I personally didn't use it much, it was part of the test phase, and playing a Blu-Ray was as simple as one would expect on a PC:  Insert disk and let the video player load it up.  It, too, was whisper quiet. 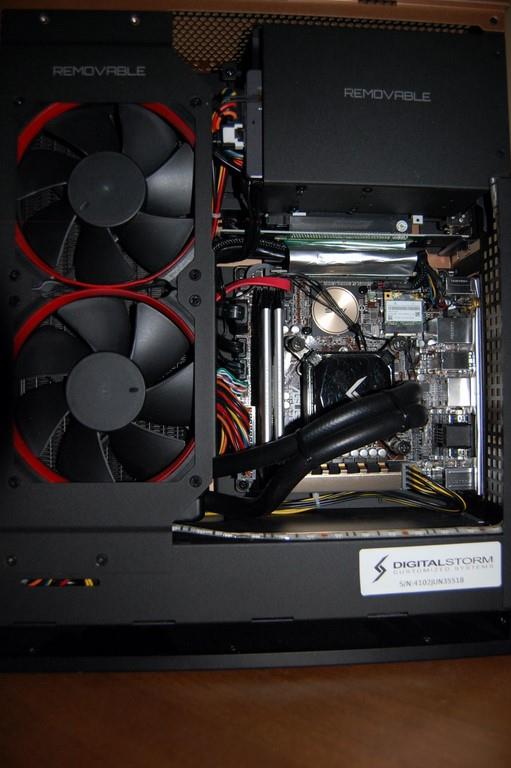 Port wise, the Bolt II was loaded with connections:  Three (3) USB 2.0 ports, two (2) USB 3.0 ports, and a microphone/headset port on the front of the machine.  On the backside of the tower, you'll find four (4) USB 3.0 ports, four (4) USB 2.0 ports, connections for the keyboard and mouse (PS/2 in case you need them), and the graphics card had two DVI ports, a "DisplayPort", and a single HDMI port.  Also, the tower has built in 802.11 Wireless AC and Bluetooth 4.0 connections.  Digital Storm didn't spare any expense with this system, throwing just about every connection necessary and then some.

Overall Thoughts
I loved my time with the Bolt II.  It's what a heavy-duty PC gaming system should be.  While I personally enjoy building my own systems (I'm lucky enough to have a Micro Center just down the street fro me), this is the type of system I expect to get if I were to pre-order a build and be done with it.  Performance on the Bolt II stood up to everything I could throw at it, and still had some room left over to play with.

On the flip side of things, the system will not be for everyone simply due to price point.  The MSRP of the system sent by Digital Storm for review came in at roughly $3,500.  Remember, there are several base models to choose from, so while I list this as perhaps a possible detraction from the unit, this is just one of many builds that can be put together based on personal need.  While I would want that larger SSD, perhaps someone wouldn't feel the need for it and go with the base 120 GB SSD. 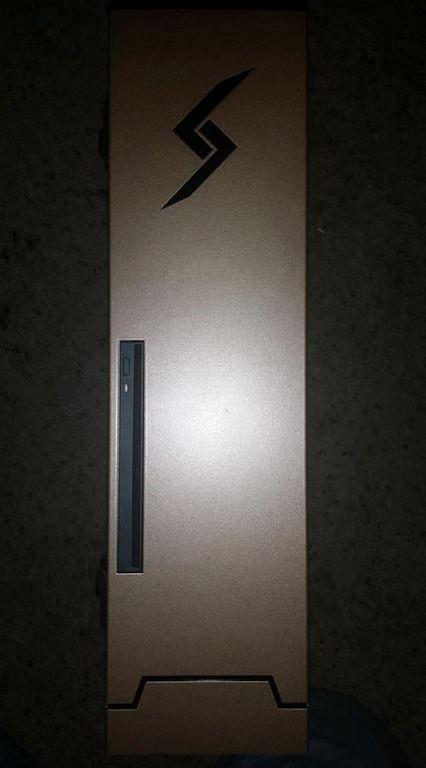 When it's all said and done, I look at this beast of a PC and would want it to sit right next to my entertainment center in my living room.  The ease of having a system powerful enough to stream, play games from Steam, and still be able to use for general browsing make it an attractive piece of hardware.  Also, that brushed copper look is just gorgeous and would look great on any entertainment stand.

Would you want to buy this?
The answer to this is YES, but only because of the tiered pricing.  If this was a single rig, one that was available with no upgrades or downgrades, I wouldn't want to push that given the high price point.  However, with the pricing dropping below $2,000 as a base starting point and being able to work up to the ultimate rig, I'll give this my stamp of approval and say it's worth it, especially for those who are too apprehensive about building their own system and not wanting to destroy hardware themselves by letting professionals handle it.  Having warranties on builds is an invaluable item to have, especially when it comes to the tiered support that is offered by Digital Storm.

Final Sypnosis
There's a level of Bolt II for everyone, whether it be someone just starting out with a solid PC gaming rig or for those who want to go all out.  The unit I reviewed was nothing short of impressive.  Everything I threw at the Bolt II was no issue and the system showed no signs of even breaking a sweat even when attaching multiple monitors to it and running all that I needed at once.  The price point for the higher end units can be a turn off to some, but this system is up there with the best of them.

There's a level of Bolt II for everyone, whether it be someone just starting out with a solid PC gaming rig or for those who want to go all out.