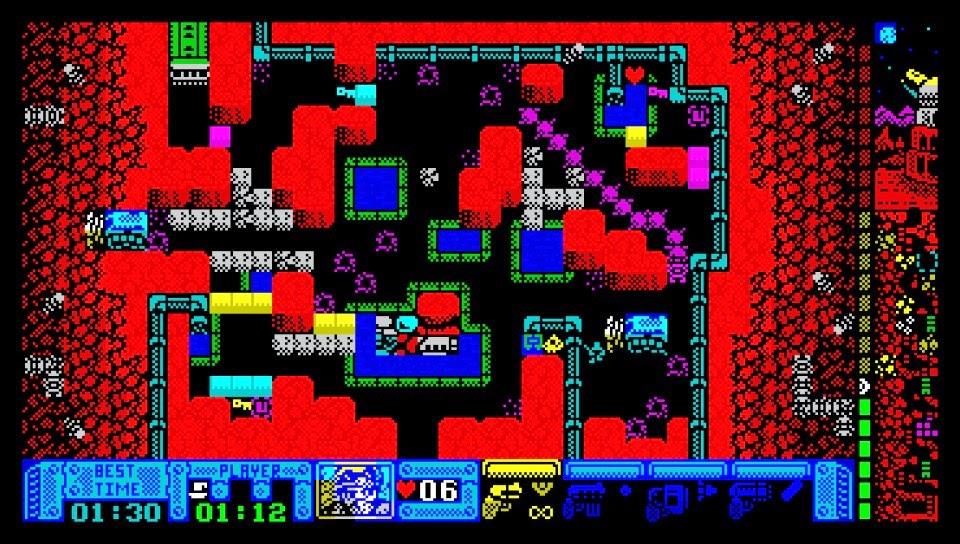 Believe it or not, there are people signing up for a chance to go on a one-way mission to Mars. More than 200,000 applications poured in the moment NASA (along with 15 other space agencies) announced a road map that envisioned humans landing on Mars by 2030. If you're one those people eager to set foot on the red planet, then I recommend you play Rock Boshers: Director's Cut DX for the PS Vita. Consider it a cautionary tale of the many terrible things that can happen when you visit Mars.

Inspired by the era that brought us the ZX Spectrum and Commodore 64, Rock Boshers is an overhead dual-stick shooter with 8-bit graphics and a killer chiptunes soundtrack. This is the kind of retro-themed game that feels like it could run on the original hardware, to the point where it's often difficult to make out what blobs of pixels are supposed to represent.  For better or worse, you'll know exactly what you think of Rock Boshers from the very first stage.

You play a young Queen Victoria, who has grown tired of her Royal life and sneaks away on a trip to colonize Mars. Unfortunately, she quickly discovers that she's been sold into slavery and forced to work in the horrifying Martian mines. But this is a video game, and it doesn't take our hero long to break free of her captors and go on a lengthy mission to escape the red planet. Along the way she'll have to fight off guards, tanks, alien monsters and even zombies. It's a 15 color adventure you'll never forget.

Rock Boshers is spread across two dozen stages, each with their own puzzles to solve and hidden items to uncover. Unlike most dual-stick shooters, this is not a wide-open space where our hero fights waves of enemies. She will instead make her way through corridors and level designs that feel like they came out of a first-person shooter. In that sense it actually feels like Queen Victoria goes on a real adventure, something that doesn't normally happen in this type of game.

As a dual-stick shooter, Rock Boshers is a lot more limited than other games in the genre. There are four types of weapons and Queen Victoria can only shoot in eight different directions. This can make some of the later stages especially challenging, as the enemies are relentless and the puzzles become increasingly complicated.  And true to its 8-bit roots, there aren't any checkpoints. When our hero breathes her last gasp of oxygen, she'll have to start the level over from the start.

Although simple, the game does a good job of throwing new ideas and obstacles at our hero. Rock Boshers will occasionally shift from the overhead perspective to side-scrolling, as well as put Queen Victoria in the driver's seat of her very own tank. There's even a stage that evokes the fun of classic space shoot-em-ups. The mechanics may be simple, but developer Tikipod gets a lot of mileage out of the concept. 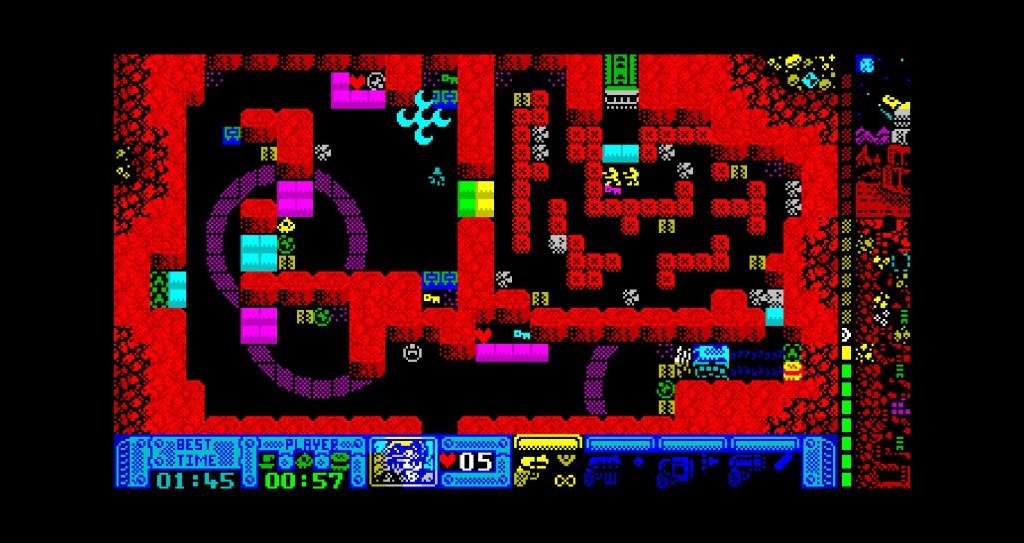 That said, Rock Boshers isn't without some problems. Many of the later levels are full of cheap deaths, creating for some incredibly frustrating moments. I was also disappointed in the backgrounds, which don't change much from one stage to the next. Thankfully, the variety picks up a bit towards the end, but up until that point many of the stages looked the same.

You don't need to have nostalgia for the ZX Spectrum to enjoy Rock Boshers, but it certainly helps. The presentation goes out of its way to be authentic, to a point that will unquestionably turn off some gamers. The purposely dated visuals may not be for everybody, but I enjoyed the retro aesthetic. Even though the characters and enemies are tiny, the developer adds a lot of personality to the many levels of Mars.

With its retro presentation and obnoxious brand of humor, it's clear that Rock Boshers: Director's Cut DX is not for everybody. The good news is that it's easy to tell if Tikipod's newest Vita game is for you. If you're a fan of dual-stick shooters, don't mind a challenge and can't get enough of modern games with 8-bit graphics, pack your bags and enjoy your stay on Mars.  Everybody else need not apply.

Tikipod's newest dual-stick shooter will cure you of ever wanting to go to Mars. Rock Boshers: Director's Cut DX is a fun little action game that attempts to emulate the old school charm of the ZX Spectrum. But even if you don't have nostalgia for the very specific era being referenced, this brand new PS Vita game still delivers a satisfying amount of thrills and action.