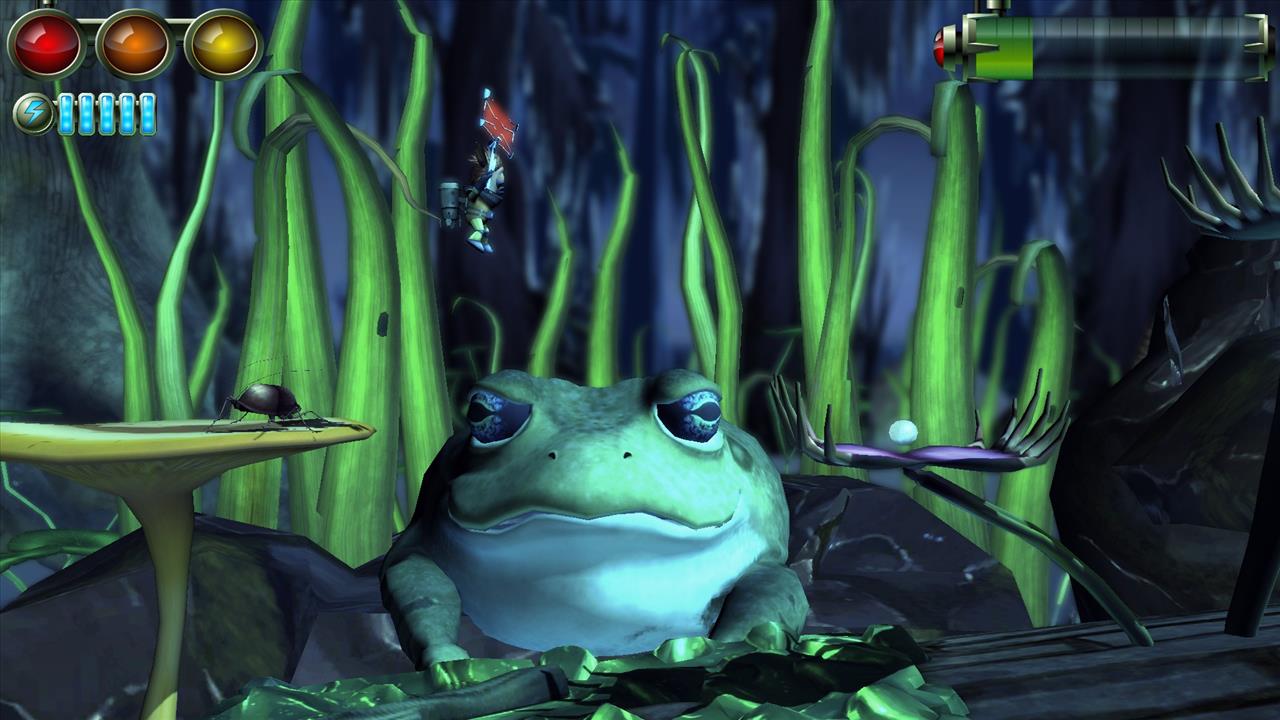 Written by Cyril Lachel on 1/22/2015 for Vita
More On: Flyhunter Origins

I hate flies. I hate the way they land on my face when I'm trying to sleep and how they congregate every time I bring home fruit. Although I consider myself to be a pacifist, I have no problem hunting the nasty pests with a rolled up magazine. So given my hatred for these disgusting insects, you might think that a game like Flyhunter Origins would be perfect for me. But sadly, this clumsy action game manages to disappoint every step of the way.

You play Zak, a simple-minded alien who works as a janitor on The Frog, the legendary spaceship used by the Flyhunter Crew. This is a team of Zursk astronauts that travel to distant worlds collecting important insects from around the galaxy. Unfortunately, our bumbling hero accidentally jettisons the crew and the ship's valuable cargo. Now it's up to Zak to explore this dangerous new world and save his friends.

While not especially original, this is a solid premise that should have led to a fun action game. Sadly, Zak's time on Earth is marred by technical issues and boring level designs. It doesn't help that this is a very basic platformer, where our hero does little more than jump, zap and smack bugs with his flyswatter.

Flyhunter Origins is split up in to five areas, each with several smaller levels to complete. Since Zak is the size of an insect, he'll make his way through the dangerous world by jumping on flower peddles, lily pads, discarded soda cans, mushrooms and a wide assortment of other recognizable objects. And because Zak is so small, he's constantly forced to face off against spiders, bugs and a few incredibly nasty frogs.

The good news is that Zak came prepared. He'll be able to smack enemies around with his flyswatter, and eventually he'll locate his bug zapper. Both weapons can be upgraded over the course of the adventure, making their attacks more powerful. Unfortunately, the enemy insects are a pushover and many players will be able to fly through the stages without worrying about upgrades.

Speaking of flying through the stage, our alien hero literally does that at certain points in the game. Once in every area, the 2D sidescrolling action game turns into a 3D racer. Here you sit atop a flying insect and chase after an escaping bad guy. As refreshing as this sounds, it is let down by the awful handling. And to make matters worse, every flying stage plays out exactly the same way.

Unfortunately it's not just these 3D stages that get old quickly, but rather every level. While the game does occasionally send players underground and through other unique areas, too much of the game looks the same. Few of the levels are different enough to stand out, and even the ones that do aren't worth replaying. Had the scope been more ambitious, they could have visited more varied locations and relied less on recycling the same obstacles. 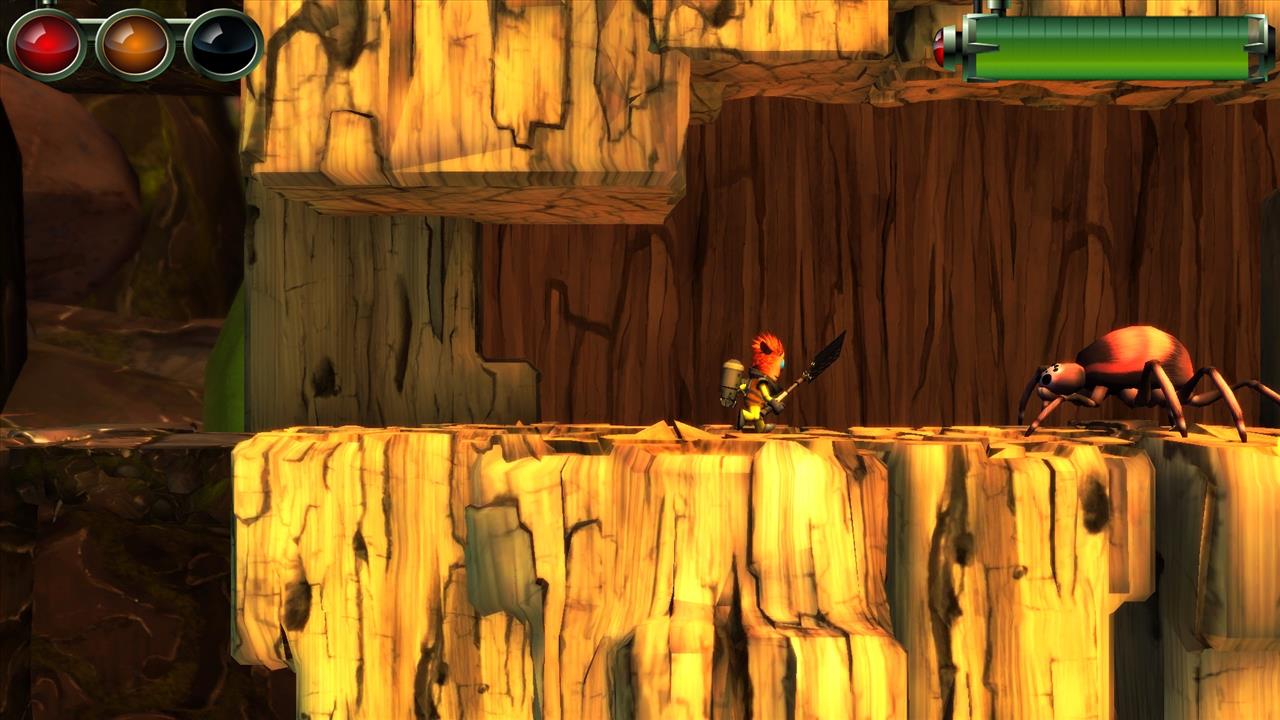 But even if Flyhunter Origins had expertly crafted stages that were filled with replay value, it wouldn't change the game's biggest problem -- the unstable frame rate. At its best, this game looks like I'm playing it through a lagging internet connection. Nothing is smooth and it seems to drop frames every so often. And when it gets bad, this PS Vita port is nearly unplayable. Sometimes Zak will react immediately to the press of a button, but other times he'll wait a second or two. This leads to a lot of frustrating cheap deaths.

The jerky animation doesn't just impact the gameplay; it also makes the game incredibly hard to watch for long stretches of time.  No matter how hard I tried, I couldn't get my eyes to adjust to the animation, and would find myself needing to look away from the screen in order to fight off headaches. It's a shame, as the graphics look good when the game is not in motion. Thankfully, the many cinemas run smoothly.

Flyhunter Origins does win some points for having a likeable character and a good sense of humor. This is clearly aimed at the younger set, so it helps that Zak looks a lot like one of the minions from Despicable Me. The aforementioned cinemas are by far the highlight of the game, though not good enough to endure horrible puns like "Beating a Dead Horse Fly," "A Game of Thorns," and "Not the Beeeeeeeees!" And you better believe there's a Firefly reference.

Had it run smoothly, Flyhunter Origins would have been a perfectly passable action game for the younger set. The stage designs would have still been too repetitive and the gameplay barebones, but the likeable character would have won a few people over. As it currently is, this new PS Vita game is impossible to recommend. Even if you can get beyond the generic action, the technical problems will make Flyhunter Origins difficult to enjoy.

What could have been a solid action game is marred by a number of technical problems and repetitive level designs. Young gamers may enjoy the memorable characters, but everybody else will find the inconsistent frame rate too frustrating to enjoy. Perhaps Flyhunter Origins should have stayed on iOS.